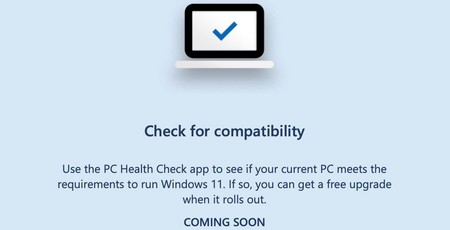 Microsoft has released the first official Insider Preview test version of Windows 11. There is currently a lot of controversy regarding the upcoming general release, but the two major installation speed bumps for users of older systems – the processor and TPM requirements – have been cast aside for Windows 11 Insider Preview Build 22000.51. In other, related news, Microsoft has temporarily removed its compatibility checker tool and announced Windows 11 (final) will officially support some older gen CPUs from AMD and Intel. If you like to test out new OSes you can now download the first official Windows 11 Insider Preview. Build 22000.51 is available to those who have Windows Insider accounts, and many folk seem to have already accepted the offer/challenge and installed the new Windows on a spare PC (I hope it was a spare anyway). Most of the major features boasted about at the official unveiling of Windows 11 are here; the new Start menu, desktop, UI, Taskbar, File Explorer, Themes, Sounds, Widgets, Settings, multitasking friendly Snap Layouts, Snap Groups, smarter docking, and multiple desktops. Additionally, some will appreciate the greater input flexibility, display improvements, gestures, voice typing and so on. Some major features that aren't yet complete are the new Microsoft Store (a preview version provides a design overview but needs more features adding), and some key gaming technologies are yet to be delivered, like Auto HDR and DirectStorage.

As mentioned in the intro, there have been some changes announced for the system requirements of the final shipping version of Windows 11. Above, we said that Insiders get to test the new OS Preview without any worries about TPM or processor generation. Microsoft remains firm on its TPM stance, but has brought some more processors into the fold, saying they "may meet our principles". This is good news for would-be upgraders packing systems with Intel 7th generation and AMD Zen 1 based processors. Microsoft still insists it needs these newer platforms with TPM support for delivering a Windows OS with security, reliability and compatibility at its core.

Microsoft has already changed the PC Health Check App once, to be more descriptive about systems that failed the tests. Now it has removed the app "so that our teams can address the feedback," suggesting the specs for the general release / rollout version of Windows 11 are still in a state of flux. The tool will return ahead of general availability, which is scheduled for fall/autumn. There have been various hints that the release date will be 22nd Oct. However, Windows 10 users won't be able to upgrade until 2022.