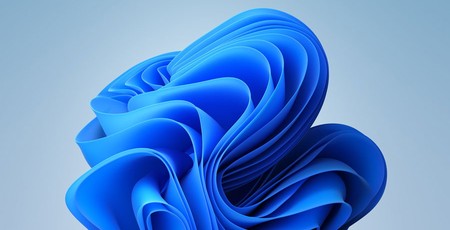 It looks like the cat is out of Microsoft's bag and has started sharing revealing selfies on social media. Microsoft has been drip-drip teasing and hinting that it would reveal Windows 11 at a special event next Thursday, but it has been nutmegged by the simple inability / unwillingness of folk to keep schtum. Shortly after some screenshots appeared on Chinese social media yesterday evening, an ISO for Windows 11 Pro became available on download sites like Mega and through torrent networks. Now Windows 11 screenshots and videos are everywhere.

Windows Central, which should know about these things, confirms that the leaked build is genuine. It says that the now widely distributed ISO image is version "21996 from the co_release branch and is a near-final build of the OS". Window's Central's video first look of the new OS can be found below.

I haven't installed the fledgling Windows 11 to have a poke around as yet, but it looks like many have done so from the proliferation of news stories, Tweets and videos showing various aspects of the OS. Having looked at what is available here, I'm going to wait until after next Thursday and any forthcoming official Insider Builds before doing any dabbling.

The biggest impression from the leak is that Windows 11 looks a lot like previous publicity surrounding Windows 10X, which was officially shelved a few weeks ago. Remember, Windows 10X was designed for flexible form factors, especially multi-screen devices, and featured a cutesy look with centred Start Menu, task bar icons, with rounded corners on all windows and dialogues. You see these changes in Windows 11, and videos give you an impression of the smooth and slick animations for actions like opening and closing windows. Elsewhere, Microsoft has cleaned up the Start Menu, removing Live Tiles, but reports are that users can add them back in. If you miss live content it looks like Microsoft is preparing to steer you towards a new library of widgets which already includes; calendar, news, weather, and more.

Other tweaks users can implement to make Windows 11 more familiar include opting to have Start menu and taskbar icons on the left instead of centred. This can be changed via a simple toggle in the settings. A dark mode is easily toggled to quickly get away from the pastel bright out-of-the-box experience. Another nice thing is the introduction of window arrangement options which pop up when your mouse hovers over the maximise icon near the top right edge of a window. Microsoft's touted Windows Store revamp isn't to be seen in a finished state in this build – it probably relies a lot on server-side implementations. However, the Xbox app looks like it has seen a bit of spit and polish.

Microsoft will still have some important news to share at its event next Thursday. For example, we still have no idea about the way it will distribute Windows 11, whether it will be a free update for Windows 1, 8, or 10 users, and when it is going to be ready for mass consumption.