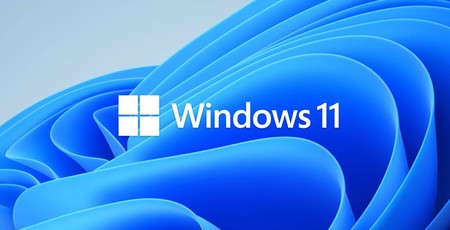 In the wake of the sizable leak last week, including the widespread distribution of a Windows 11 ISO image, Microsoft officially unveiled its new version of the Windows OS. At a live-streamed event, Satya Nadella and his team talked up the abilities and achievements of the Windows OS in its latest incarnation – as an essential part of the way your produce, create, and communicate – as well as the way you gather info, seek entertainment, and game.

On first impressions, Windows 11 isn't as huge a step as previous major OS revisions, and as the world of computing matures and so many crucial organisations rely on this OS for day to day functions, it is good to see reports of how stable and slick even the leaked beta version was last week. There are 1.3 billion Windows 10 device users out there and the new OS refines the OS and UI in some meaningful ways, without looking like it will introduce any significant speed bumps (so far, touch wood).

The new UI is at the forefront of the new Windows 11 experience. If you like or dislike the new centred Start Menu and task bar icons, these choices are easy to change. New users, and those less set in their ways, might prefer the cleaner look and feel. And while complexity might be hidden away a bit more, there are some very useful UI features that are much nearer the surface. Probably the standout new features for anyone who connects to external / multiple monitors will be Windows 11's friendliness to this way of working. The OS now offers easy to access and configure Snap layouts, Desktops, and a new more-intuitive re-docking experience (i.e. it will remember your window layouts on various multi-monitor setups. I think this family of features is also what Microsoft thinks are the best additions / changes with Windows 11 – it is right atop of the Windows 11 introduction page.

Other changes worth mentioning are the new ways to connect with Microsoft Teams built-in, Widgets for news, info, and entertainment, and changes to the app store for users – a simpler streamlined experience where you can now directly download Android apps to run on Windows – and new options for developers with more generous revenue splits (up to 100 per cent for devs). For gamers switching to Windows 11, Microsoft has promises of "superior graphics, amazing speed, and an incredible selection of games". Graphics of up to 1000 games using DX11 or newer will benefit from AutoHDR, as featured on the Xbox Series X/S, says Microsoft. Additionally, DirectStorage, which Microsoft pioneered as part of the Xbox Velocity Architecture, will be folded into Windows 11. Both these attractive features aren't 'software only' but will have minimum requirements with regard to the monitor/GPU, and storage devices in your Windows 11 machine.

If Windows 11 sounds attractive, you will have to wait until we approach the holiday season for it to start to roll out and become generally available. Windows Insiders can play with official betas starting next week. Another big news nugget from the presentation yesterday evening is that Windows 11 will be free to upgrade for Windows 10 users. The upgrading machine will have to satisfy some minimum hardware standards, which aren't strenuous by any means but as things stand many PC DIY desktops will lack a TPM 2.0 module, which are often sold as optional plug-in daughterboards by the likes of Asus, Gigabyte and MSI. Some motherboards offer the option to toggle a Firmware TPM, or fTPM, in their settings and this is a workaround that has been a charm for some, in running the compatibility checker tool from Microsoft.  Lastly, it is possible that Microsoft will relax this requirement ahead of the holiday season when it rolls out of the final OS and Windows 10 upgrade packages.