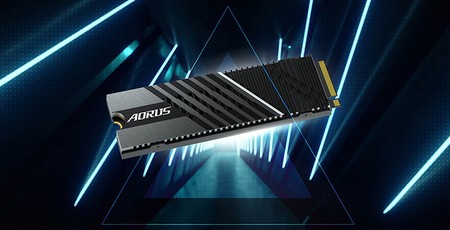 With Intel readying its Rocket Lake-S processors for launch in the coming weeks, and motherboard partners touting PCIe 4.0 support for the 500 Series motherboards, Intel will at last have caught up with AMD in this respect. Moreover, it means that PCIe storage will become mainstream for new builds. This is probably the impetus behind MSI entering the storage segment for the first time, and Gigabyte launching a new PCIe 4.0 NVMe SSD.

Both the new MSI SSD and the new Gigabyte Aorus Gen4 7000s SSD appear to be very much the same in performance characteristics. The similarities with the recently previewed high-performance Gen 4.0 drive codenamed Ghost Tree from Kingston are striking and lead me to believe that both MSI and Gigabyte have simply re-branded these drives and added a bit of their own cooling design flair to the heatsinks. However, I cannot be certain if this is the case at this time.

Gigabyte Aorus has provided the most detailed specs of the three parties, so please check out the bullet points below to get a grasp of what is on offer here:

As mentioned above, these specs appear to be the same across all 3 brands and MSI adds that the drives have MTBF of up to 1.6 million hours and data security thanks to end-to-end path protection. AN extra nugget of info from Kingston is that the drives under its brand will be available in capacities from 1TB to 4TB. MSI doesn't mention capacities at this stage.

Gigabyte highlights its thermal solutions, which do indeed look like worthwhile differentiation. One picture offers the choice of a double-sided aluminium heatsink with Nanocarbon coating (top photo), and a more extreme example with integrated heatpipes (pictured directly above). MSI's cooling solution looks a bit more conventional with chunky cooling fins but no heat pipes.

We don't have availability or pricing for these SSDs at the time of writing.