Intel has officially unveiled its first consumer-level version of 3D XPoint memory, the high-speed non-volatile technology it developed in partnership with Micron, in the form of a high-performance caching module for desktop machines running the company's latest Core processors.

Intel's first product based on the Optane non-volatile memory technology it co-developed with Micron was announced earlier this month: a pair of PCI Express cards which can act as a high-performance solid-state storage device for direct use or caching and a variant which can be added to a system's pool of dynamic RAM (DRAM). Both, however, were created firmly with the needs of the data centre in mind, while its latest Optane announcement has a little something for the rest of us.

'With the increased speed and responsiveness of Intel Optane memory in a 7th Gen Intel Core processor-based system, you can power on your computer up to twice as fast and improve overall system performance up to 28 percent faster with storage performance up to 14x faster,' claimed Intel's Navin Shenoy in an announcement blog post. 'Applications like Microsoft Outlook will launch up to nearly 6x faster, the Chrome browser launches up to 5x faster, games launch up to 67 percent faster, and levels load up to 65 percent faster.'

In case you hadn't guessed, the reason this works is simple: the Optane module, which fits into a free M.2 storage connector of compatible motherboards, serves as a cache between slower non-volatile storage and high-performance DRAM. Unlike one of the company's server-centric implementations, though, the M.2 Optane modules cannot act as DRAM directly - meaning it's not possible to add one to a system and double the amount of RAM available to the operating system and applications.

As previously announced, though, Intel is keeping Optane an exclusive feature of its latest-generation Core processors. To use an Optane M.2 module, you'll need a 7th Generation 'Kaby Lake' Core i7, Core i5, or Core i3 processor running on a Z270, Q270, H270, Q250, B250, or C236 chipset. Those with Skylake or older processors, or - heaven forfend - AMD chips, will not be able to use the modules as cache or storage.

Intel has confirmed it will be launching 16GB and 32GB variants of the Optane M.2 module on April 24th, though it has yet to confirm pricing. More information is available on the company's official product page. Micron, meanwhile, has announced that its own commercialisation of 3D Xpoint will become available to SSD makers for use in products under the brand name QuantX later this year. 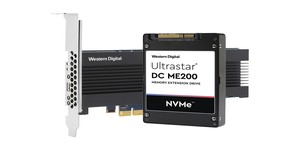 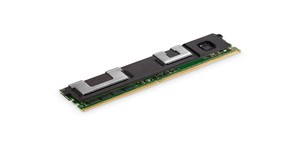 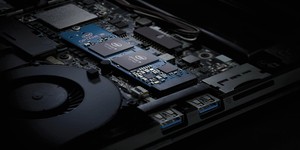