Microsoft has invested in 10 million strands of synthetic DNA in a large-scale data archive experiment, following initial tests that showed a 100 per cent recovery rate for digital data.

Traditionally, digital data is stored in non-organic media: the paper-based punch cards of early computers gave way to mercury delay lines, magnetic storage, optical storage, and today's flash-based electronic storage. Twist Bioscience, though, believes that the future of data storage is organic, and to prove it has developed a means of storing and retrieving digital data within strands of DNA - and it's convinced Microsoft to join its efforts.

'Today, the vast majority of digital data is stored on media that has a finite shelf life and periodically needs to be re-encoded. DNA is a promising storage media, as it has a known shelf life of several thousand years, offers a permanent storage format and can be read for continuously decreasing costs,' claimed Twist's chief executive Emily Leproust, of the company's work. 'Our silicon-based DNA synthesis platform offers unmatched scale and product quality that vastly accelerates the ability to write DNA at a cost enabling data storage. We are thrilled to work with Microsoft, and University of Washington researchers, to address the growing challenge of digital data storage.'

'As our digital data continues to expand exponentially, we need new methods for long-term, secure data storage,' agreed Microsoft's Doug Carmean of the deal. 'The initial test phase with Twist demonstrated that we could encode and recover 100 percent of the digital data from synthetic DNA. We’re still years away from a commercially-viable product, but our early tests with Twist demonstrate that in the future we’ll be able to substantially increase the density and durability of data storage.'

The deal sees Microsoft purchasing ten million synthetic long oligonucleotides to act as carriers for digital data, with the promise of serious scalability: research has suggested that DNA storage could last up to 2,000 years without deterioration while storing around a trillion gigabytes of data in a single gram of material. 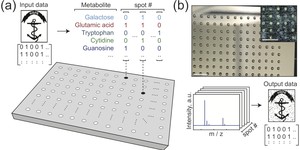 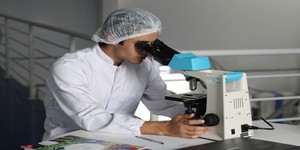