Seagate has announced the world's largest single solid-state drive, adding a whopping 60TB of unformatted capacity on a Serial-Attached SCSI (SAS) bus, boasting of a single-controller architecture allowing for the lowest cost per gigabyte in the market.

Considering the company's slow start, with former chief executive Bill Watkins proving extremely cold towards solid-state storage preferring instead to push traditional spinning-rust mechanical storage, Seagate's recent lead in the SSD market is impressive indeed. Boasting 60TB of unformatted capacity, the SAS-connected 3.5in drive is aimed firmly at the data centre - and if its current size weren't impressive enough, Seagate has claimed it has a roadmap to increase its capacity to at least 100TB in the future.

'The explosion of data can translate into more value for enterprises, if they have the right means to accommodate that data,' claimed Brett Pemble, Seagate’s general manager and vice president of SSD products, at the unveiling. 'If anything is certain, it’s the fact that across industries, the limits of data growth are boundless. Seagate is committed to staying on top of this growth and, in turn, ever-changing customer needs, and providing new and varied technologies to help customers stay ahead of the data management curve.'

Sadly, though, anyone eager to get their hands on the new 60TB drive will have to wait: the device isn't due to enter mass production until early next year, and while its single-controller architecture may have driven down the cost-per-gigabyte the overall price of the drive is likely to be high indeed. 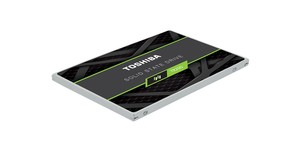