The European Commission has given the go-ahead for Western Digital to acquire former rival SanDisk, following the announcement of the deal back in October last year.

Western Digital agreed to pay $19 billion for SanDisk back in October, agreeing to an interesting stock-cash split which varied depending on the company's incoming investment deal with China's Unisplendour Coporation completing ahead of time. At the time, Western Digital's chief executive Steve Milligan stated that the acquisition 'aligns with our long-term strategy to be an innovative leader in the storage industry by providing compelling, high-quality products with leading technology' and confirmed that the company would honour SanDisk's joint venture project with Toshiba.

The combination of Western Digital and SanDisk, though, would create a massive business, meaning that regulatory officials had to give their approval before the acquisition could go ahead. The European Commission has now confirmed the result of its investigation under the EU Merger Regulation, following concerns that the combined company could prove anticompetitive: there's little risk, and the deal can go ahead.

'The Commission therefore assessed the effects of the transaction on competition in this area. The Commission found that, despite the merged entity's relatively high combined market share, the transaction does not raise competition concerns,' its conclusion reads in part. 'In particular, strong and established players such as Intel, Toshiba, Micron and Samsung are active on the market and will continue to exert competitive pressure on the merged entity.'

For Western Digital, the acquisition will give the company presence in the flash storage arena - an area which it has traditionally ignored in favour of its core competency of spinning-rust storage. 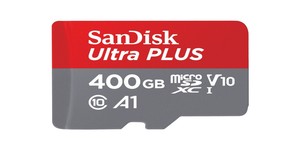 Can power compatible devices, too.