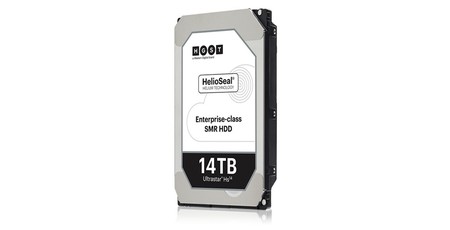 Part of the company's constant game of areal density leapfrog with Seagate and other rivals, Western Digital first announced its 14TB drive plans back in December 2016. At the time, the company pledged to launch the device in mid-2017 at an unconfirmed price point, but the summer came and went with no further news - until now.

Western Digital's HGST subsidiary has confirmed that the 14TB Ultrastar HS14 drive has now begun shipping in sample form to 'select OEMs [original equipment manufacturers', though it has not named names. Based on the fourth-generation implementation of HelioSeal, the drive uses helium in place of air to reduce drag on the platters and heads while also improving heat transfer to the casing. While the helium filling itself accounts for some of the increased areal density, Western Digital has also opted to use shingled magnetic recording (SMR) in place of the more common perpendicular magnetic recording (PMR) - a technique which borrows various tricks originally developed for solid-state drives to boost capacities, but in doing so makes the drive more suitable to heavy-sequential-write tasks such as archival storage than the more common random read/write workload.

HelioSeal itself, Western Digital claims, has been a massive success for the company. 'Over 70 percent of the exabytes Western Digital ships into the capacity enterprise segment are on helium-based high-capacity drives,' senior vice president of devices Mark Grace claims. 'The TCO [total cost of ownership] and reliability benefits of our HelioSeal platform are the foundation of our leadership in high-capacity enterprise storage.'

Sadly, while Western Digital has confirmed that the Ultrastar HS14 will include a five year limited warranty, it is still silent on the now-passed launch window for general availability and, more importantly, the drive's pricing. More information on the drive itself, meanwhile, is available on the official product page. 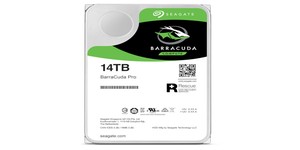