Bit-tech attended the increasingly popular i-Series LAN gaming event last weekend and we thought we'd give those of you that couldn't make it a glimpse of what is one of the UK's most popular PC hardware and gaming events. Tens of thousands attended the show with many camping and gaming in the large LAN tent filled with hundreds of PC gamers.

However, from our point of view it was the event itself that was crowd draw with many of the UKs top etailers and hardware manufacturers showing off their latest kit. Here's our roundup of the packed event, which took place in Coventry last weekend. Click to enlarge
Aquatuning's stand packed in a ton of the latest Phobya and Alphacool cooling gear such as these custom waterblocks that offer a huge compatibility with non-reference PCBs as we mentioned here. The company has also released a range of new all-in-one kits that can cool CPUs and GPUs with some fairly nifty-looking combined pump and waterblocks. Click to enlarge
Also on show was the finished product of our recent Phobya Case Contest, with davido_labido's stunning white Owl case which was catching eyes throughout the event. There were all sizes of radiators on show including this tiny one - 40mm radiator anyone? Click to enlarge
The ever-lovely Aquagirl was in attendance too, showing off an Alphacool Eisberg 240. There was more water-cooling gear on MSI's stand, where it showed us its external GPU solution that's compatible with several of its up and coming gaming laptops. 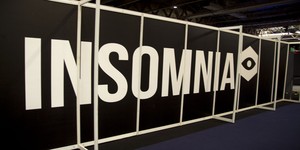 We travelled to the Birmingham NEC to take a walk around Insomnia 61 - the biggest gaming festival in the UK!