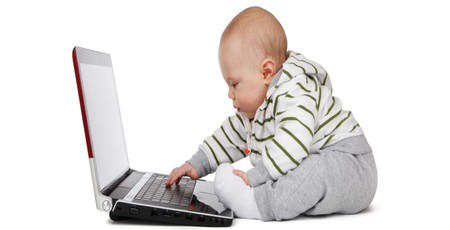 The Royal Society has called for the UK to increase its investment in computing education in schools tenfold to £60 million, under the threat that without the increased funding 'an entire generation may never unlock the full potential of new technologies such as robotics, artificial intelligence and machine learning.'

Following the release of the After the Reboot - Computing Education in UK Schools report early this morning, the Royal Society has warned that the government is not doing enough to prepare schoolchildren for the modern world. 'The rate at which technology is transforming the workplace means that we live in a world where many primary schoolchildren will work in technology-based roles that do not yet exist, so it is essential that future generations can apply digital skills with confidence,' claims Professor Steve Furber, one of the original engineers at UK computing pioneer Acorn and co-creator of the Arm processor architecture. 'For pupils to thrive, we need knowledgeable, highly skilled teachers. However, computing teachers have told us that they feel the government rushed in a new curriculum without giving them the support or money to deliver it.

'The report paints a bleak picture in England, which meets only 68 percent of its computing teacher recruitment targets and where, as a result, one in two schools don’t offer Computer Science at GCSE, a crucial stage of young people’s education. Overhauling the fragile state of our computing education will require an ambitious, multipronged approach. We need the government to invest significantly more to support and train 8,000 secondary school computing teachers to ensure pupils have the skills and knowledge needed for the future.'

That approach, the Royal Society has claimed, requires a considerable increase in investment: The group has called for an increase in funding to £60 million over the next five years - a tenfold increase from current levels, and an amount which would put computing on the same level as maths and physics as a fundamental of the curriculum.

The investment would be used to address what the Royal Society has picked as the key findings of the report: More than half of English schools, 54 percent, do not offer a GCSE in Computer Science, covering nearly a third of pupils; that the country is meeting only 68 percent of its recruitment target for teacher training courses in computing, well below those for physics and classics; and that a mere one in five GCSE-level Computer Science students are female.

The technology industry is, naturally, backing the Royal Society - though with words, rather than funds. 'We welcome the Royal Society's report, which shows that despite good progress in recent years there is still much more to do to ensure young people across the UK have access to computer science education,' says Ronan Harris, managing director of advertising giant Google's UK arm. 'Whatever school they attend or what field they plan to go into, every student should have the opportunity to understand the principles and practices of computing. This will broaden their career opportunities and is critical to developing a globally competitive workforce for the 21st century. Google could not have been founded and could not have grown without top quality computer science education. That is why we’re committed to working with partners to support teacher training and recruitment.' 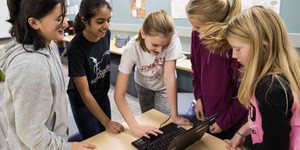 Even as it seeks to destroy encryption.