Chip fabrication specialist GlobalFoundries is reported to be close to signing a deal with Toshiba to manufacture the company's range of semiconductors - a deal which would be a major win for the AMD spin-off.

According to sources speaking to The Nikkei Business Daily and quoted by Reuters, Toshiba is finalising a deal that will see GlobalFoundries take over production of most of the company's chip designs on node sizes between 40nm and 28nm.

A Toshiba spokesperson confirmed that the deal was going ahead, stating 'we had been considering outsourcing production to Samsung Electronics Co and GlobalFoundries since last year.'

The deal hasn't been confirmed by GlobalFoundries yet, but it's potentially a major win for the AMD spin-off fabrication specialist. The news also comes soon after the chip fabricator's chief financial officer, Robert Krakauer, announced that the company was planning to spend $5.7 billion on upgrading its fabrication facilities.

Are you pleased to see GlobalFoundries potentially doing well, or just shocked that Toshiba isn't looking into self-fabrication for its many semiconductors? Share your thoughts over in the forums. 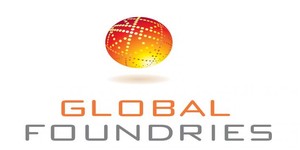