Today marks the 30th anniversary of the ZX Spectrum, one of the most iconic home computers of the 1980s and the device which propelled Clive Sinclair's company from near-insolvency to a billion-pound giant.

While home computers predated the 80s, it took the combined - and competitive - efforts of Sinclair Research, formerly Science of Cambridge, and Acorn Computers to bring the technology to a level where it was affordable for general-purpose use. Put simply: without the Spectrum and its predecessors, it's highly unlikely that home computing would be as ubiquitous as it is today.

Designed as a response to Acorn's Atom microcomputer, itself an attack on the popularity of Sinclair's simple but low-cost ZX81, the ZX Spectrum was a powerful machine for its era: a Zilog Z80 processor running at 3.5MHz and up to 48KB of RAM in the initial production models - later expanded to 128KB - offered computing enthusiasts impressive performance at a very affordable cost.

Designed by Richard Altwasser, with the casing and its iconic 'dead-flesh' rubber keyboard designed by Rick Dickinson, the Spectrum was a marvel of low-cost computing: unlike its predecessor the ZX81, the Spectrum offered graphics in seven colours at two brightnesses for a total 15 colour palette. To conserve memory, Altwasser had the colour stored separately from the main bitmap in a 32x24 grid of character cells - a novel approach which would win him a patent for his efforts, although one which resulted in the tell-tale 'colour clash' when sprites overlapped.

As with the majority of home computers from the era, the Spectrum loaded directly into a programming language. Written by Nine Tiles' Steve Vickers, Sinclair BASIC provided a powerful programming language with in-built keywords for accessing the graphics modes and sound modulator while providing backwards compatibility for programs written for the older ZX81.

At its release in 1982, the Spectrum cost £125 with 16KB of RAM or £175 with 48KB. While this was a significant bump over the ZX81's headline-grabbing £99 retail price, home computing fans found the Spectrum a worthy upgrade and sales were brisk. Even when rival Acorn won a contract to produce the hardware for the BBC's home computing initiative - the BBC Micro - Sinclair continued to sell thousands of Spectrums, with demand of 200,000 units a month causing supply problems for the company.

The Spectrum would eventually be discontinued in 1992, following several successive hardware projects - including the ill-fated Sinclair Quantum Leap, aimed at the business market - marking the end of the British home computing revolution.

Many in the computing industry today - and, in particular, the games industry - owe their careers to being bought a ZX Spectrum at an early age. Despite this, Sir Clive Sinclair himself is often reticent to discuss the machine - seeing the popularity of the system for gaming, rather than serious computing, as an insult to his creation.

For a great background on the creation of the system, the BBC is running an interview with its designers to mark its 30th anniversary. 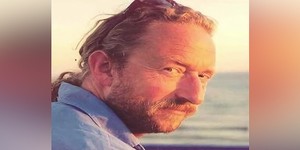