Polaris is written in C and runs on a regular x86-powered laptop, similar to the machine you may have knocking around the living room. However, before reaching the poker table, strategies that require considerably greater processing horsepower have to be formulated for Polaris.

To find the strategies that Polaris uses in play, Bowling’s team use a computer cluster named Eureka, which comprises 30 quad-core AMD Opteron CPUs, to run computations that take over a week to execute.

"These computations involve Polaris playing millions of hands of poker against itself to identify good approaches to poker, and strategies that can counter particular styles of play," Bowling explained. "Polaris is rooted in game theory, and the massive computations are used to approximate an optimal poker strategy."

According to Bowling, "an optimal strategy is one that’s guaranteed not to lose money, given enough hands, regardless of how the opponent plays." Mike Bowling and his team at the CPRG use a cluster of 30 quad-core CPUs named Eureka to decipher optimal poker strategies for Polaris
Polaris uses a series of colour-coded personalities. Bowling explains, "Each personality is both a sound poker strategy (in as much as it can’t be easily exploited even by an opponent that knows how it plays out), while being particularly geared to countering weaknesses in a particular class of opponent. For example, Orange is an aggressive personality driving towards large pots, while Green is much more passive. During play, Polaris uses each hand to estimate which of its personalities is likely to be the most effective for its particular opponent."

All this sounds good on paper but Polaris is easily capable of putting its money where its mouse is against the pros. Polaris’ first foray into the world of professional poker was in the first Man-Machine Championships in 2007. After four matches, Polaris had won one match, drawn one match and lost two. However, Bowling and his team were spurred on by the potential demonstrated by the victory. This marginal success led to full-blown success the following year. Polaris was pitted in a six-match game against Matt ‘Hoss_TBF’ Hawrilenko, who many people believe to be the best heads-up limit hold ’em player in the world.

"We won, lost and drew the first three matches," Bowling said. "After losing the fourth match and going down to two losses, one win and a draw, things looked bleak. But Polaris came back strong; it won the next two games to win the competition – three wins, two losses, and a draw."

For those of you who have a 30-quad-core CPU rig and fancy running your own Polaris and making a few extra quid, the CPRG publishes its work for anyone to download. However, it won’t be all fun and games, as Bowling tells us that you’d also require a graduate degree in both computing and game theory to implement his team’s ideas.

Again, we’ve created a machine capable of beating us at our own game but this isn’t to say that it’s smarter than us. We asked Bowling how he would describe Polaris’ level of intelligence. "Polaris has super-human intelligence at playing heads-up limit Texas hold ’em but its general intelligence, even its general poker intelligence, is dreadful," he replied. "It can’t even play a legal game of no-limit or three-player limit hold ’em."

Bowling went on to say that he thinks "it’s misleading to talk about the intelligence of Polaris. It makes more sense to talk about the advancement of artificial intelligence. While developing Polaris, we’ve made considerable progress in our ability to automate reasoning in very large imperfect information games". 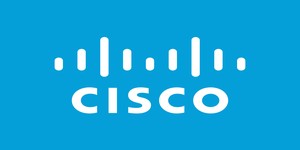