LONDON – 9 September 2008 ¾ Microsoft Corp. today unveiled the world’s most advanced tracking technology, Microsoft BlueTrack Technology, which allows consumers to take their mice anywhere and work with confidence on more surfaces than before. Microsoft’s new proprietary tracking technology combines the width and power of optical technology with the precision of laser tracking to allow consumers to mouse on virtually any surface1 — from a granite kitchen countertop to the living room carpet.

Microsoft Hardware has consistently raised the bar in mouse tracking technology throughout its 26-year history, including the launch of the world’s first optical mouse in 1999. The LED light and sensor allowed consumers to mouse on more surfaces with ease, eliminating the old “ball” mouse for good. In 2005, Microsoft introduced High Definition Laser Technology, which allowed mice to work on many surfaces that optical technology did not. But now Microsoft’s in-house engineers have taken mouse tracking to the next level, creating an exclusive, groundbreaking technology to advance the way consumers use their computer mice.

“Research shows that people aren’t sitting at a desk all day, but they’ve gone mobile. In fact, 72 percent of PCs sold are notebook PCs,2 and consumers need a mouse that can go with them anywhere,” said Mark DePue, platforms engineering manager at Microsoft and co-inventor of BlueTrack Technology. “BlueTrack Technology excels in areas where optical and laser technologies were falling short. Laser mice, for example, have a difficult time working on some common home surfaces, including granite and marble.”

According to David Bohn, senior engineering architect at Microsoft and BlueTrack Technology co-inventor, “Laser technology is also sensitive to dust and dirt accumulation during travel, which can lead to poor tracking performance. With BlueTrack Technology you can rest easier about where your mouse will or won’t track — it works just about everywhere, just like you.

Microsoft’s BlueTrack Technology works on more surfaces than both optical and laser mice. The large, blue beam and specular optics architecture, in conjunction with a Microsoft-designed image sensor and proprietary pixel geometry, generates a high-contrast picture of the mousing surface that allows exceptional tracking accuracy. The BlueTrack Technology light beam emanating from the bottom of the mouse is more than four times as large as the average laser beam used in today’s mice, enabling reliable mouse tracking even on difficult surfaces such as carpet.

This advanced technology creates a superior, more precise picture of the surface, allowing consumers to use their mouse virtually anywhere. To see a video on the making of BlueTrack Technology and meet the inventors, consumers can visit www.microsoft.com/hardware/bluetrack.

BlueTrack Technology will debut in two new high-end Microsoft mouse products this autumn — the full-size Explorer Mouse and the smaller Explorer Mini Mouse. These mice pair revolutionary tracking technology with a sophisticated design that brings the mice to life. A chrome trim and blue lighting around the bottom rim of the mouse create a soft glow and set the device apart from anything else on the market. A right-handed, ergonomist-approved design offers hours of comfortable use, and 2.4GHz wireless technology delivers a reliable connection up to 30 feet away. The snap-in mini-transceiver offers easy storage and mobility, allowing consumers to take their full-size mouse with them wherever they need it.

The full-size Explorer Mouse features easy recharging with a battery status indicator and a small charging base, while the Explorer Mini Mouse uses two AA batteries.

Both mice will be backed by a worldwide three-year limited hardware warranty from Microsoft. More information about these and other Microsoft Hardware products can be found at www.microsoft.com/uk/hardware. 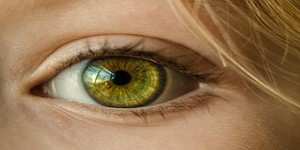