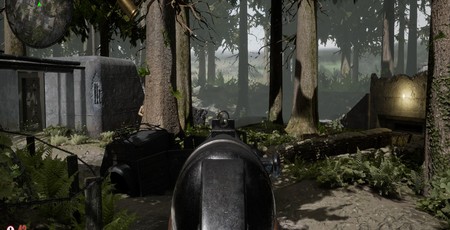 Playing the arcadey WW2 shooter gives me flashbacks to the golden days of PC FPS titles like Call of Duty 2 and Day of Defeat. 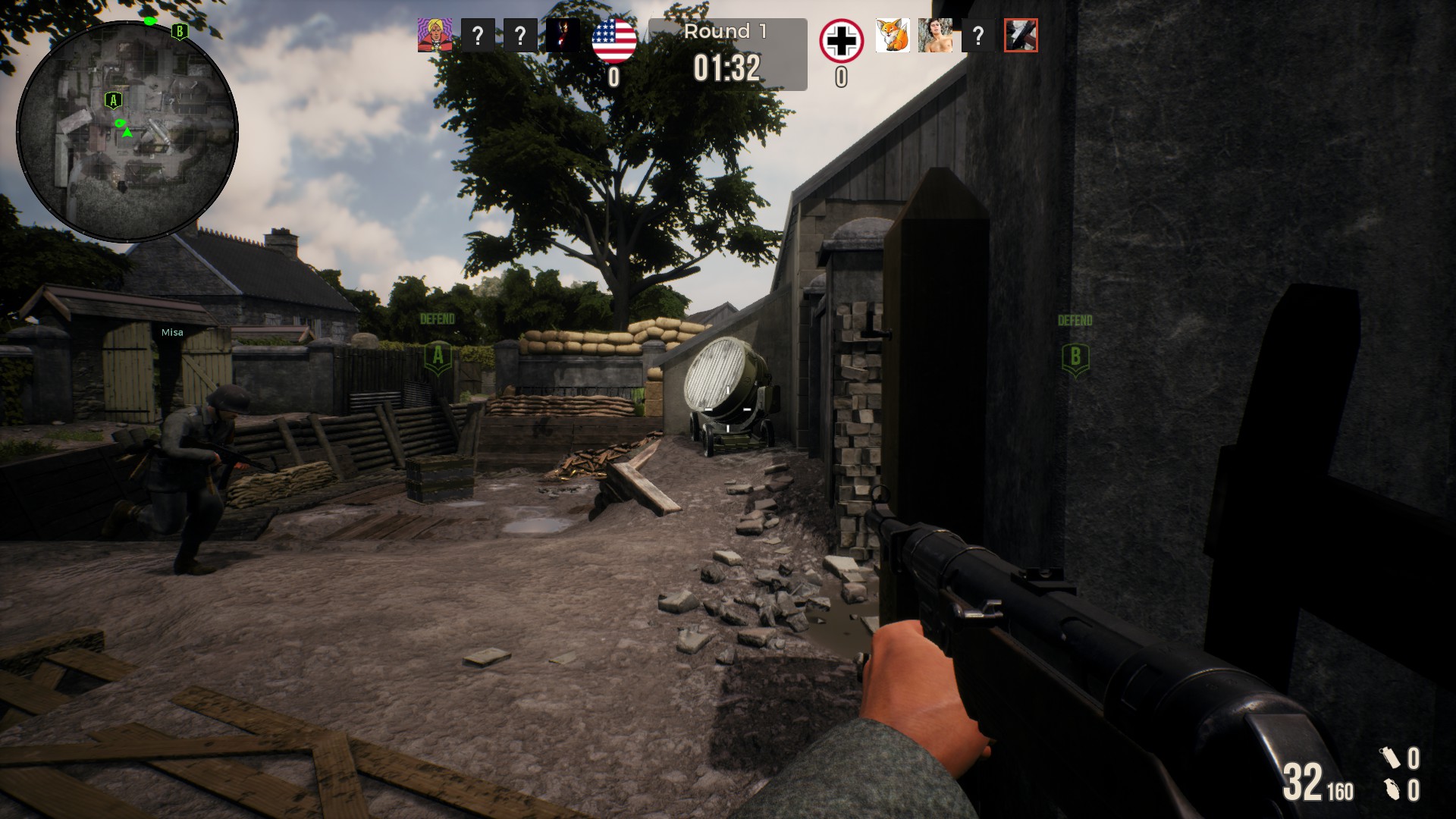 Action is fast-paced, time to kill is low, and weapons feel punchy and satisfying. Unfortunately, in the decade since I last threw myself into the games that Battalion 1944 acts as a spiritual successor to, I've aged terribly, and my reflexes just can't keep up.

Being good at twitch shooters is, I tell myself, a young person's game, and Battalion 1944 is very much a twitch shooter, less about the horrors of war and more about hurling yourself around like an MP40-wielding whirlwind to take out the dastardly Americans with jumping shots and aggressive play. 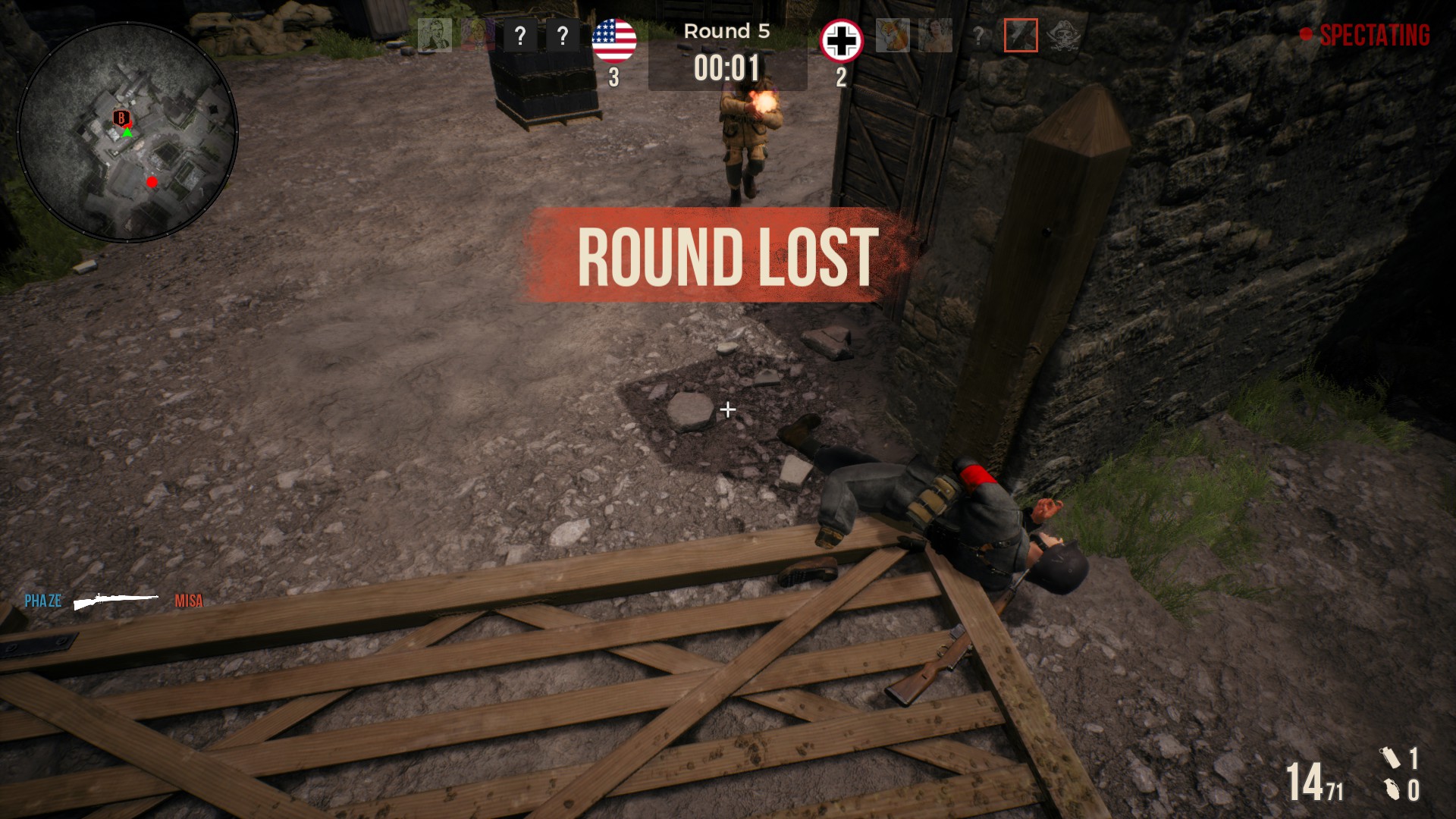 The game, developed by Bulkhead Interactive and published by Square Enix's Collective indie publishing arm, is an engaging product even at this early stage, but it's hard to deny that it feels somewhat dated as a result of its design philosophies. This isn't necessarily a bad thing, but I feel like the hold that Battalion 1944 has exerted is largely down to my nostalgia for a different time.

This is reflected in the game's modes, which consist of an unranked and ranked Wartides mode. Battalion's primary attraction, Wartides is a five-on-five, round-based multiplayer mode with no respawns and loadouts delivered via tokens. There's also an arcade mode which means faster paced rounds with respawns and no tokens, creating a more frenetic experience. It doesn't work so well without the economy created by the tokens, but it is fun to play while you're getting to grips with which end of the gun the death comes out of. 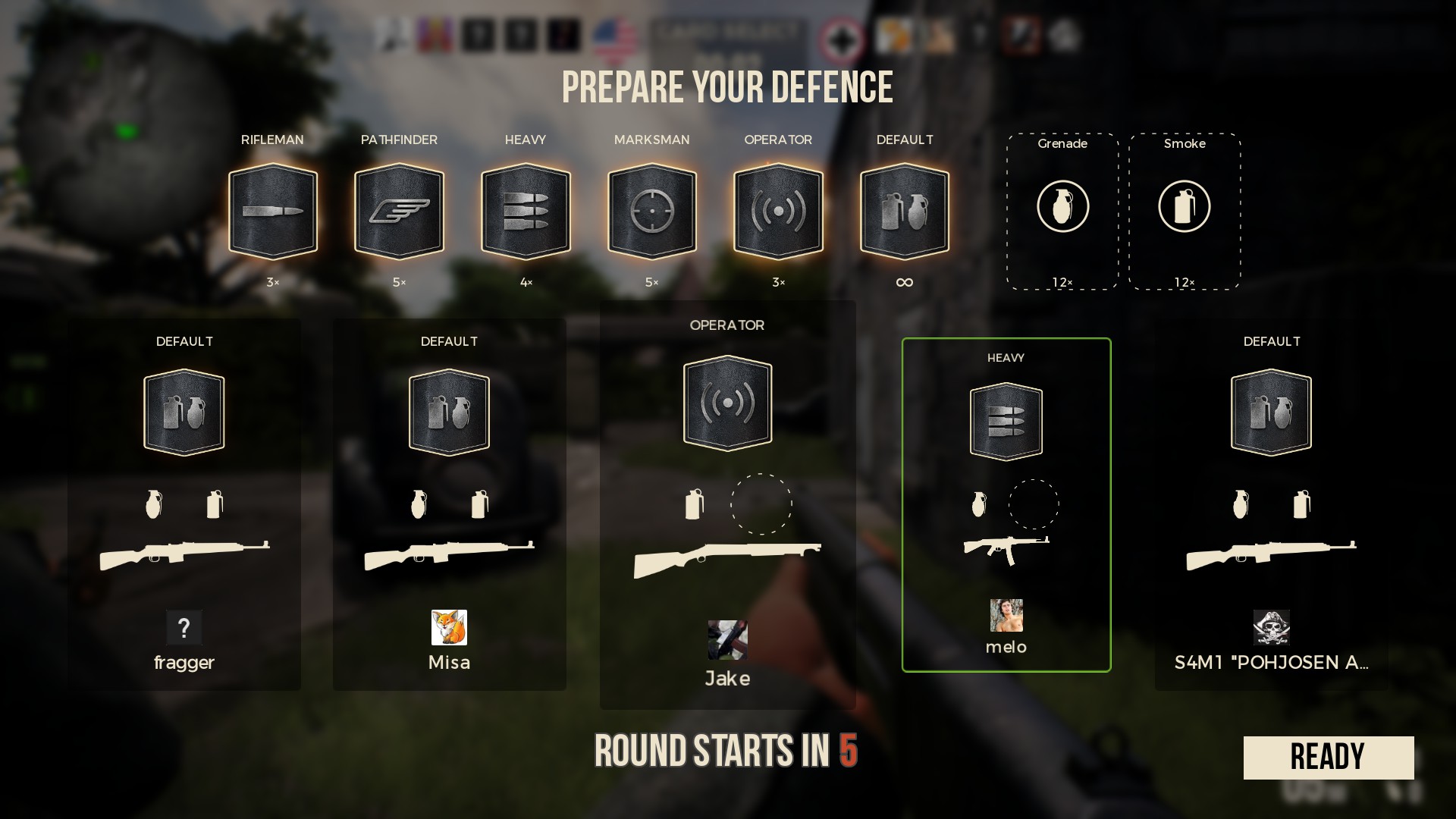 The loadout tokens are one of the most unique parts of the game, and involve every team being given a stack of tokens at the start of the game, which correspond to different loadouts. You can use these to equip a loadout, whether it's the pathfinder loadout to give yourself an MP40 or the operator loadout to let you step into action with a pump-action shotgun. These tokens are finite, meaning teams can quickly run out of the top-tier loadouts if they play carelessly, but when a player dies they drop the token they equipped, meaning that if you can take out a well-armed player, recovering the dropped token could see extra powerful loadouts available.

Mechanically, the FPS game feels tight and solid, and although the guns behave unlike their real-life counterparts, they still have logic and behaviour that is consistent and predictable, allowing you to utilise them in interesting ways. Over my time with the game I have both shot a man in the head with a sniper rifle while flying through the air and had it happen to me. I've been put down with a hail of Luger bullets and also dished out that same punishment. The shooting here is tight, but it's going to take a lot of time to "bed in" for players unfamiliar with the game and genre, and even those transplanting from other actiony blasters are going to find there's plenty here that requires skills to be relearnt. 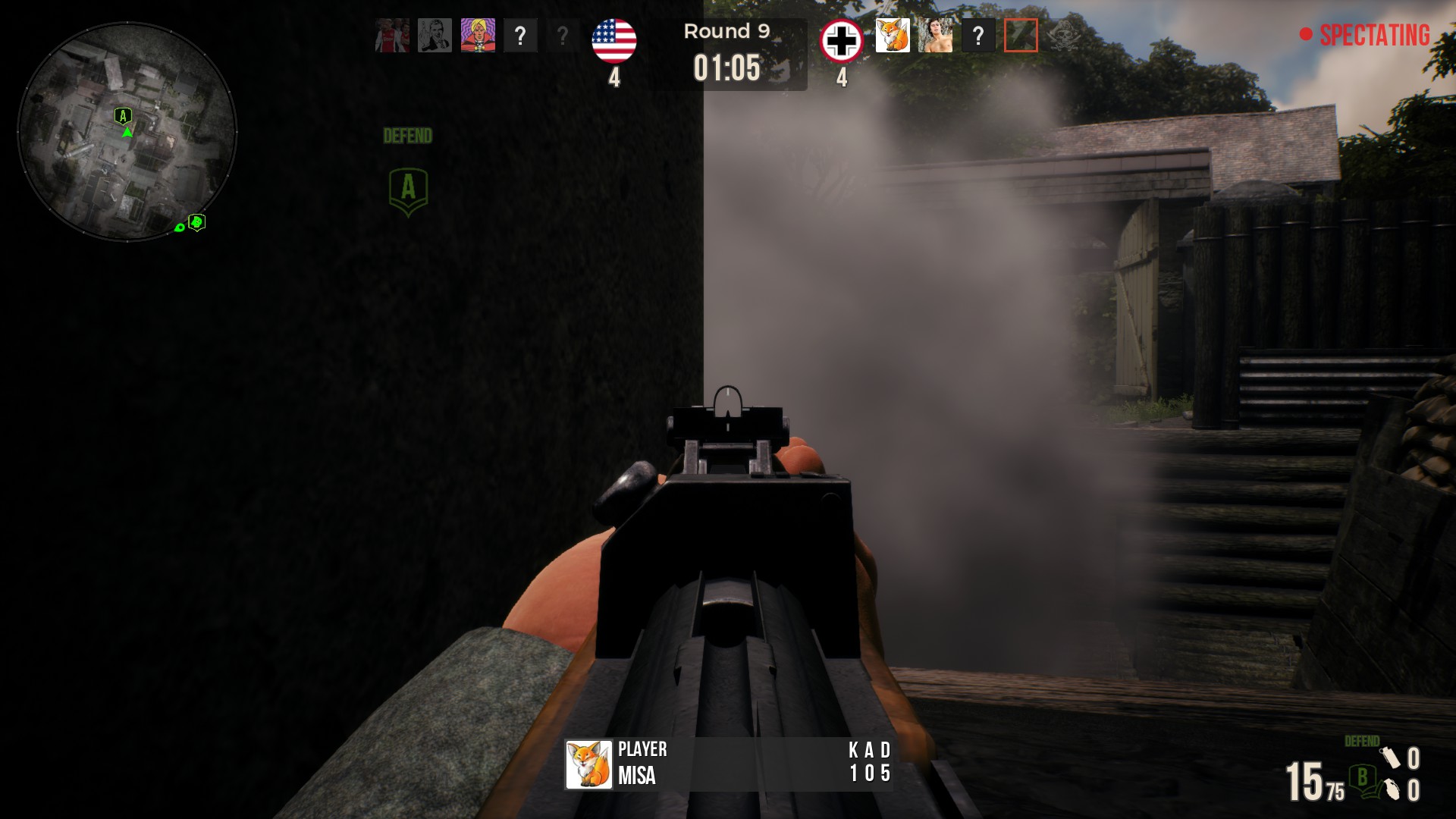 The game requires players to learn some tradecraft to get good at the game. This will appeal to a lot of people, but it does mark it out as a game that won't have mass appeal. Due to the high skill ceiling, dipping in for a quick few rounds here is going to be tough unless you're already pretty decent at shooters, but on the flip side of this players who crave the space to carve out a skill and compete at a high level are going to really big this up.

Despite the high tempo, there's not a lot of shiny stuff to keep attention. Instead of bells and whistles, the game is stripped back, subdued affairs. The maps look fine, but instead of graphical fidelity there's a clean look that makes it more readable at a glance. It feels a little dated compared to the AAA trappings expected in most shooters now, but it is functional and a smart option for a game in which stopping is a death sentence. 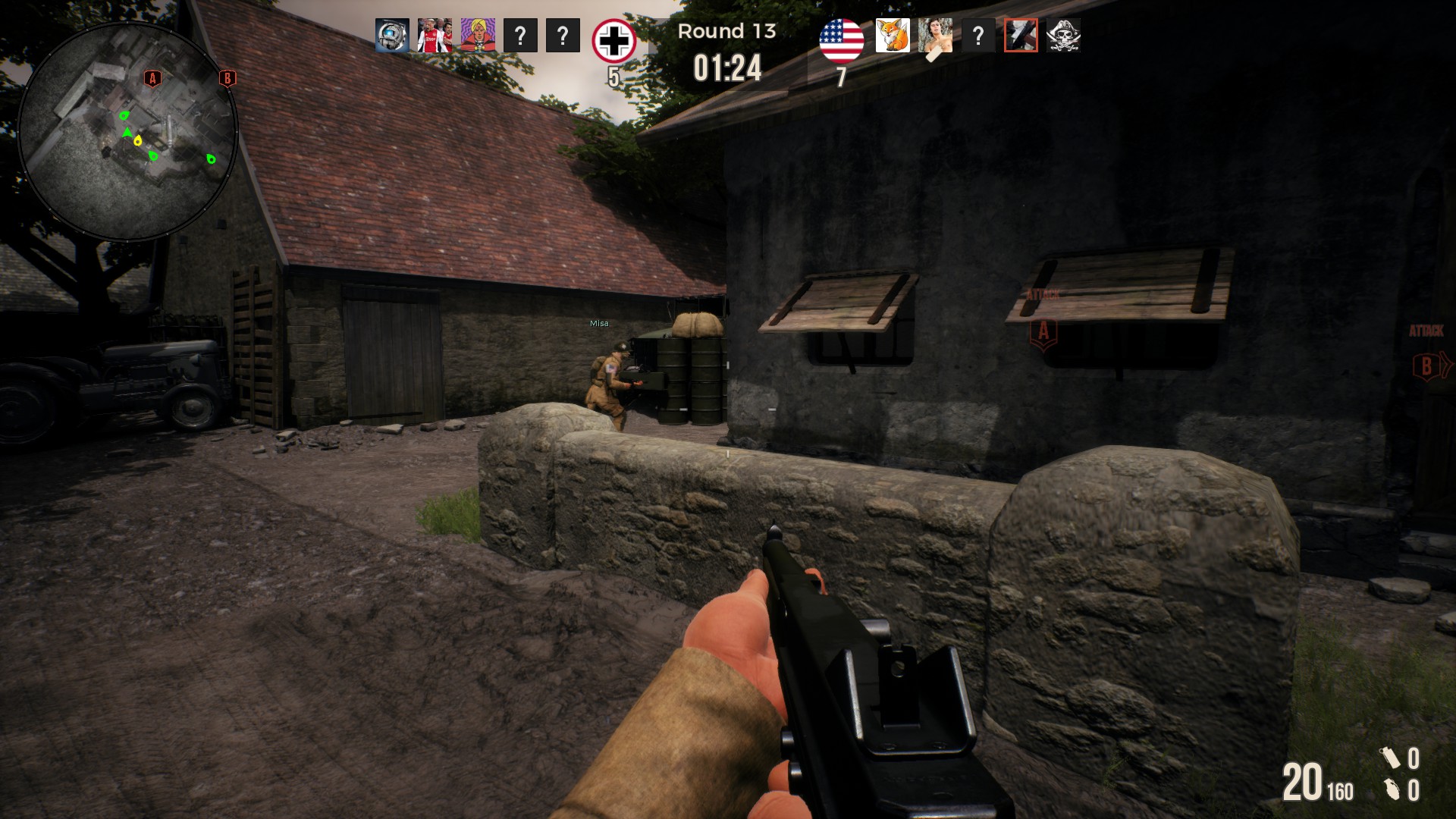 So far, so nostalgic. However, the game does have a few sprinkles of the modern times. In some cases this is good, with a wealth of graphical and configuration options to let players experience the game however works — including left-handed weapons, which is nice touch — but also unfortunately includes microtransactions in the form of cosmetic loot boxes. This is standard for shooters now, and I don't want to heap too much scorn on the crates, but I did think it was worth nothing that when I purchased two of the crates, I was only able to open one, with the second one just vanishing from my inventory. £1.25 well spent on that crate, it appears.

It's still early for the game, but I'm in two minds about it. On one hand, it's a strong entry into an oversaturated genre, and it has enough unique touches and well done aspects for me to recommend it. On the other, casual players are likely to find the game anathema and bounce off the freshly slaughtered pile of their own corpses. 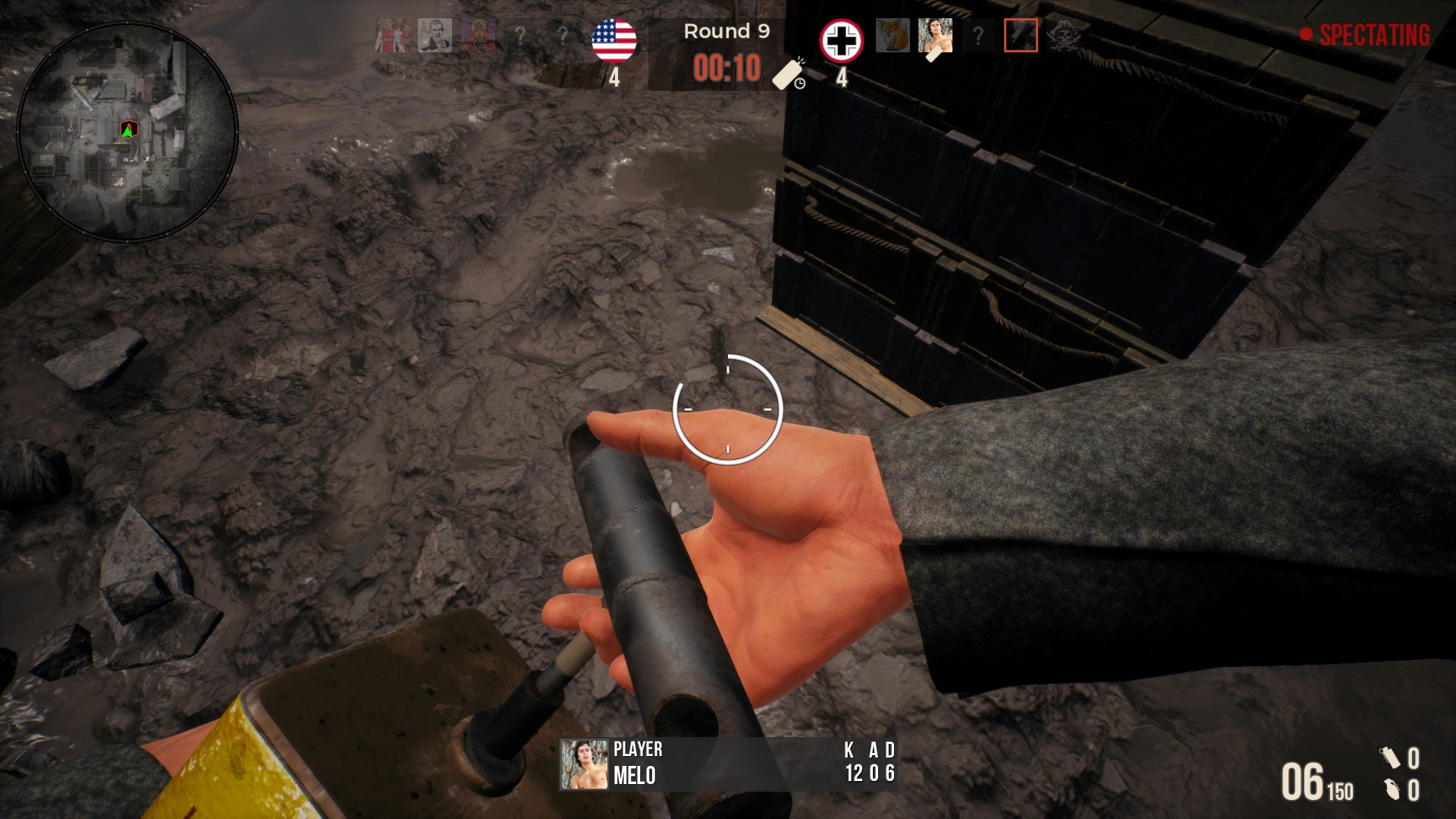 The game's low entry price (£11.39 at time of writing) does make it something you can pick up and try on a whim though, so if you aren't put off at the prospect of scaling a near-vertical learning curve, you owe it to yourself to get in early and get practicing.