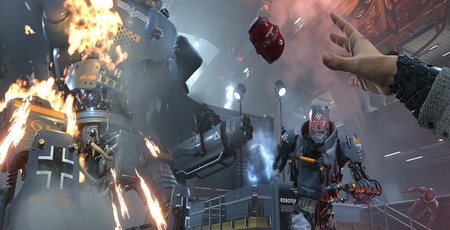 B.J Blazkowicz has a habit of waking up in rough situations. In 2014's Wolfenstein, he wakes up in a hospital as Nazi footsoldiers march the halls, looking to execute the sick and those that care for them in a bid to save resources.

Here, Blazkowicz awakens on a U-boat, body broken, as an elite force of soldiers assaults the stolen submarine. You're really messed up, and instead of jumping into the fight, you're poured into a wheelchair and given a gun. You don't need your legs to beat Nazis, and while Blazkowicz has met his match on the U-boat, that enemy this time is stairs. The jumped-up fascists make good fodder as you get used to the game, stealth killing soldiers by pulling them down to your level, smashing their faces into the frame of your wheelchair or driving a knife into their necks.

Wolfenstein II: The New Colossus, then, is every bit as gruesome and ultra-violent as its predecessor, but in the few hours I spent with the game as a preview, I've discovered that more of the same isn't a bad thing, not at all. 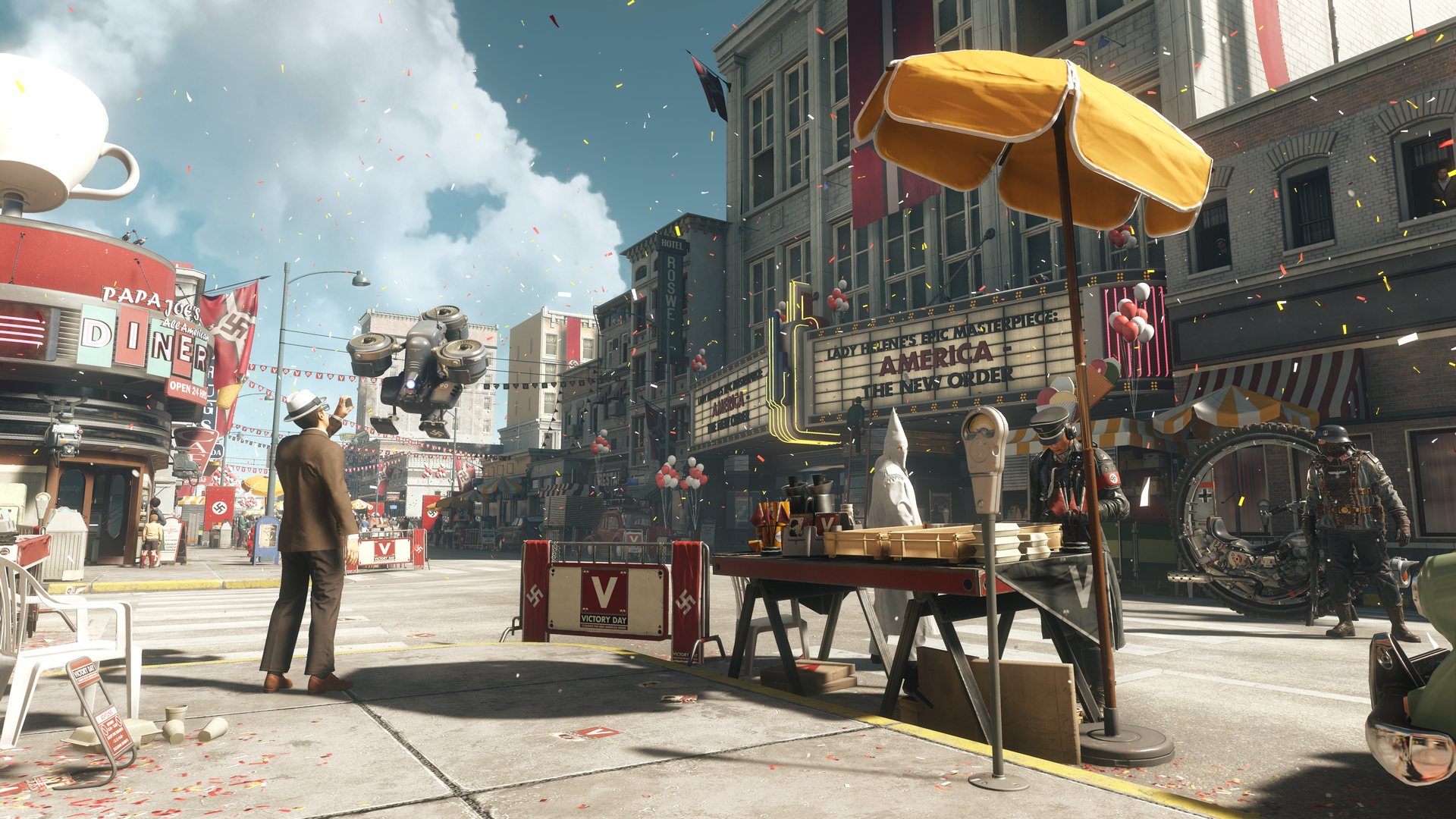 That Blazkowicz, who here appears to be paralyzed and spends the first 15 minutes of the game in a wheelchair with a catheter and bag attached to the inside of his leg, is the fascists' bogeyman is fitting. As a blond-haired, blue-eyed soldier of Polish descent, he's the perfect soldier to take out the original alt-right, which makes it even more cathartic to do away with them in untold numbers.

The environments are impressive, although the places in the preview were often drab: the inside of a U-boat and a series of tunnels and a train that leads to Area 52. All were sprawling mazes of steel and staircase, leading you to near endless enemies and the occasional well-hidden pickup.

The design on the levels is nicely done, and finding hidden areas is rewarding, but primarily it just seems to have been designed with a real eye for choke-points. The areas you brawl through are clearly designed to give you fields of fire and a reason to use different weapons: a simple office makes for a great close quarters shoot-'em-up, while the docking station for an underground train provides a walkway that's just right for a sniper to take advantage of. 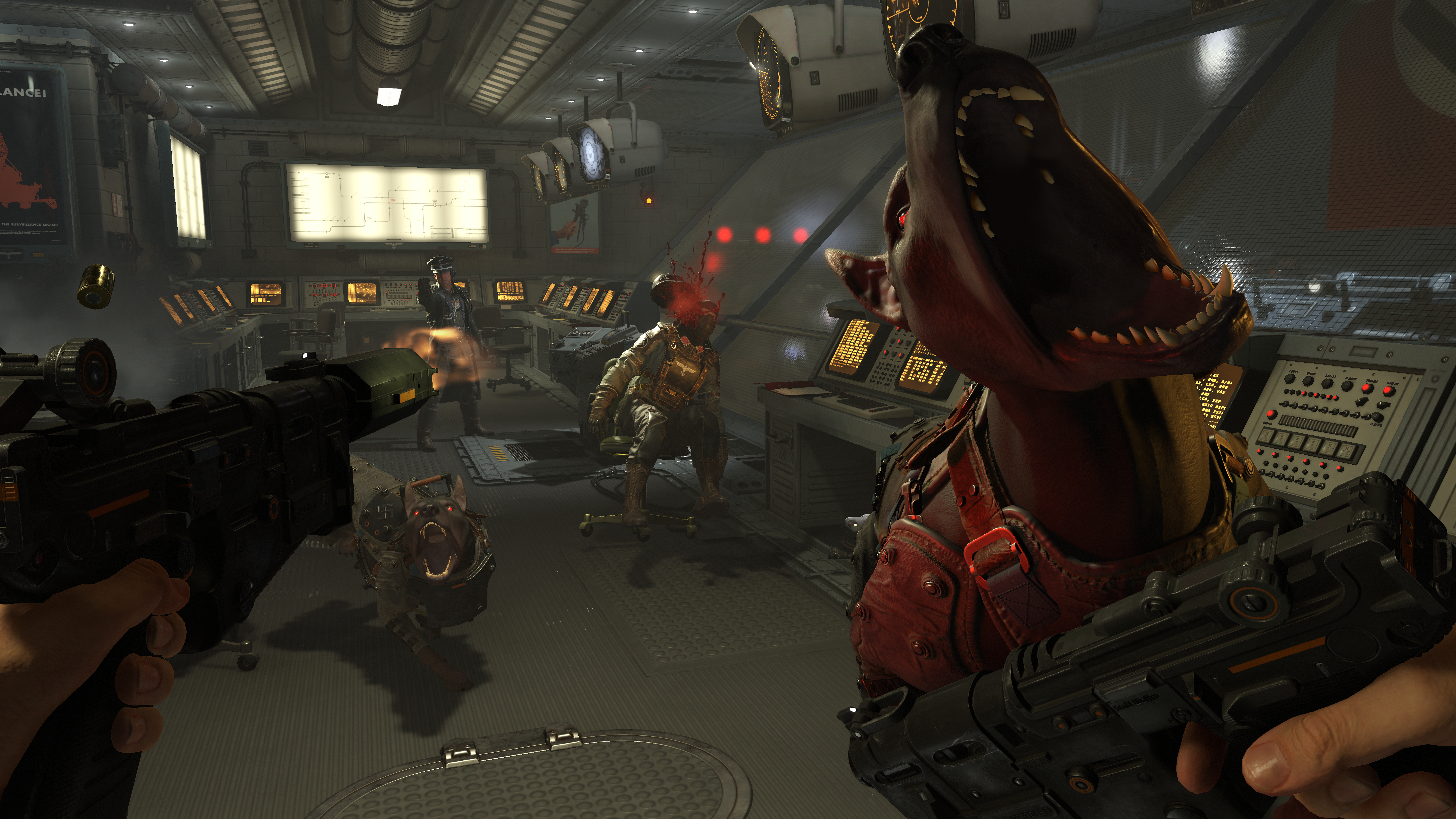 There's a well realised world in Wolfenstein II: The New Colossus, hidden in the letters and images found scattered around the levels. They add texture to the levels and in many cases add some character to the enemies that you're tearing apart. In the preview, you also walk through an occupied American town, with fascists on every street corner.

It's a dark picture. Watching KKK members palling up with a Nazi officer in the middle of the day is uneasy, but it's positively chilling when the officer turns sinister, quizzing the KKK members on how their German lessons are going, and implying how important it is that the white supremacists integrate.

Later, we see that integration first-hand. One woman politely invites a friend to her slave auction, another talks charmingly to a child and orders a strawberry milkshake — his favourite thing in America — before interrogating you without malice. It's a display of power. The Nazi's have won, and they're moulding the world in their image. 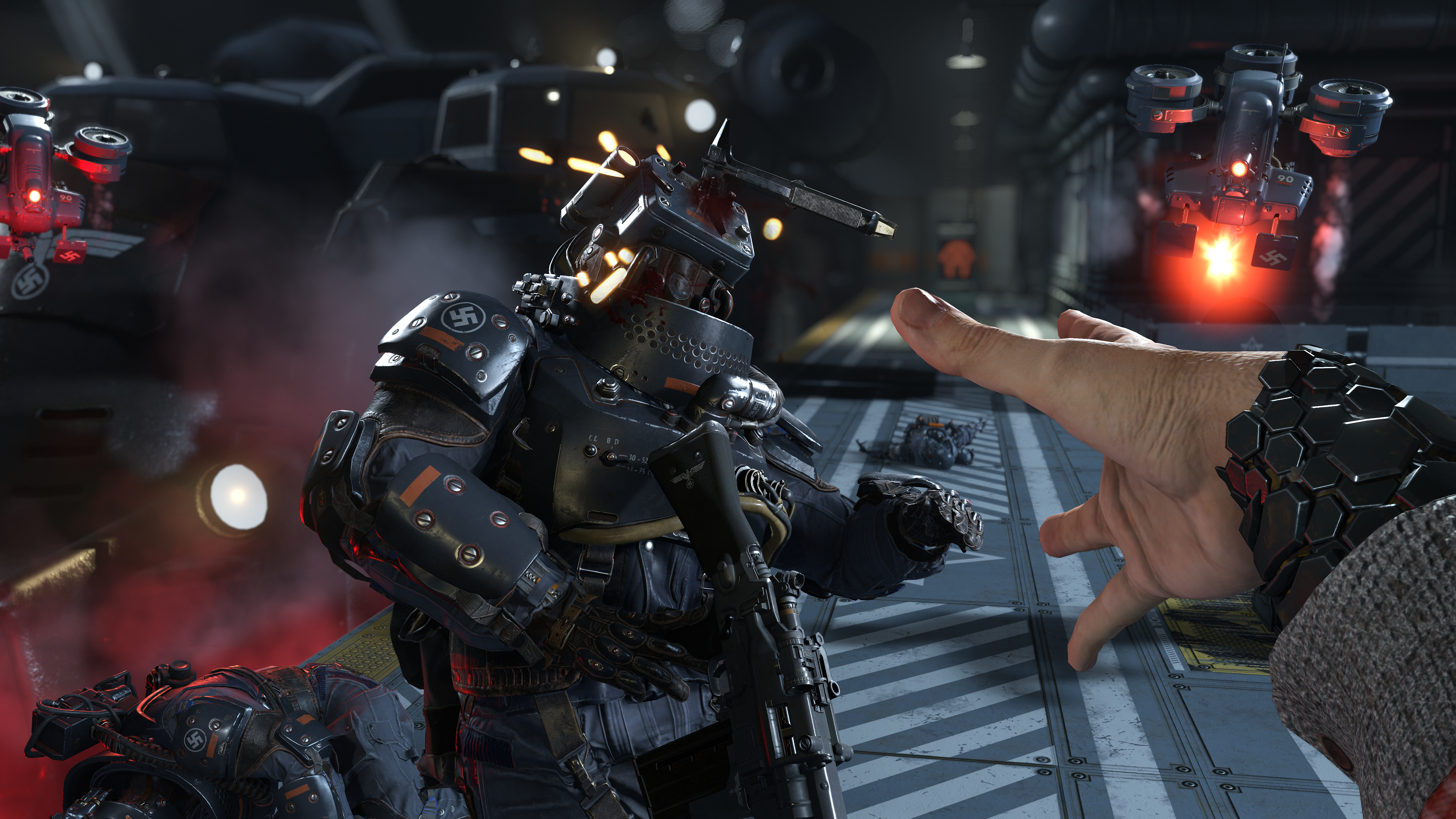 Against this backdrop, it's hard to feel bad about anything you do to the German forces. The gunplay is tight, with the ability to dual-wield any weapons in tandem; akimbo shotguns let you clear a room in seconds, and a silenced pistol can be backed up by a sub-machine gun for when stealth goes wrong.

There are a series of weapon upgrades to play around with, and every gun has the benefit of actually feeling different, so there isn't just one gun for every situation but instead a variety of weapons to switch behind. I found the assault rifle, with an upgrade that modifies it to a scoped single shot battle rifle, was my go-to, while next to me I saw another player using a silenced SMG with a drum magazine to take on all assailants.

There is a variety of upgrades that you can pick up for completing achievements, although none of them were turned on in this preview build.

Unfortunately, the stealth still feels somewhat unpredictable, which, considering the benefits of tackling a level and remaining invisible, can be frustrating. It's a shooter, first and foremost, but it'd be nice to have a more reliable system for working out when you're going to be seen or not. 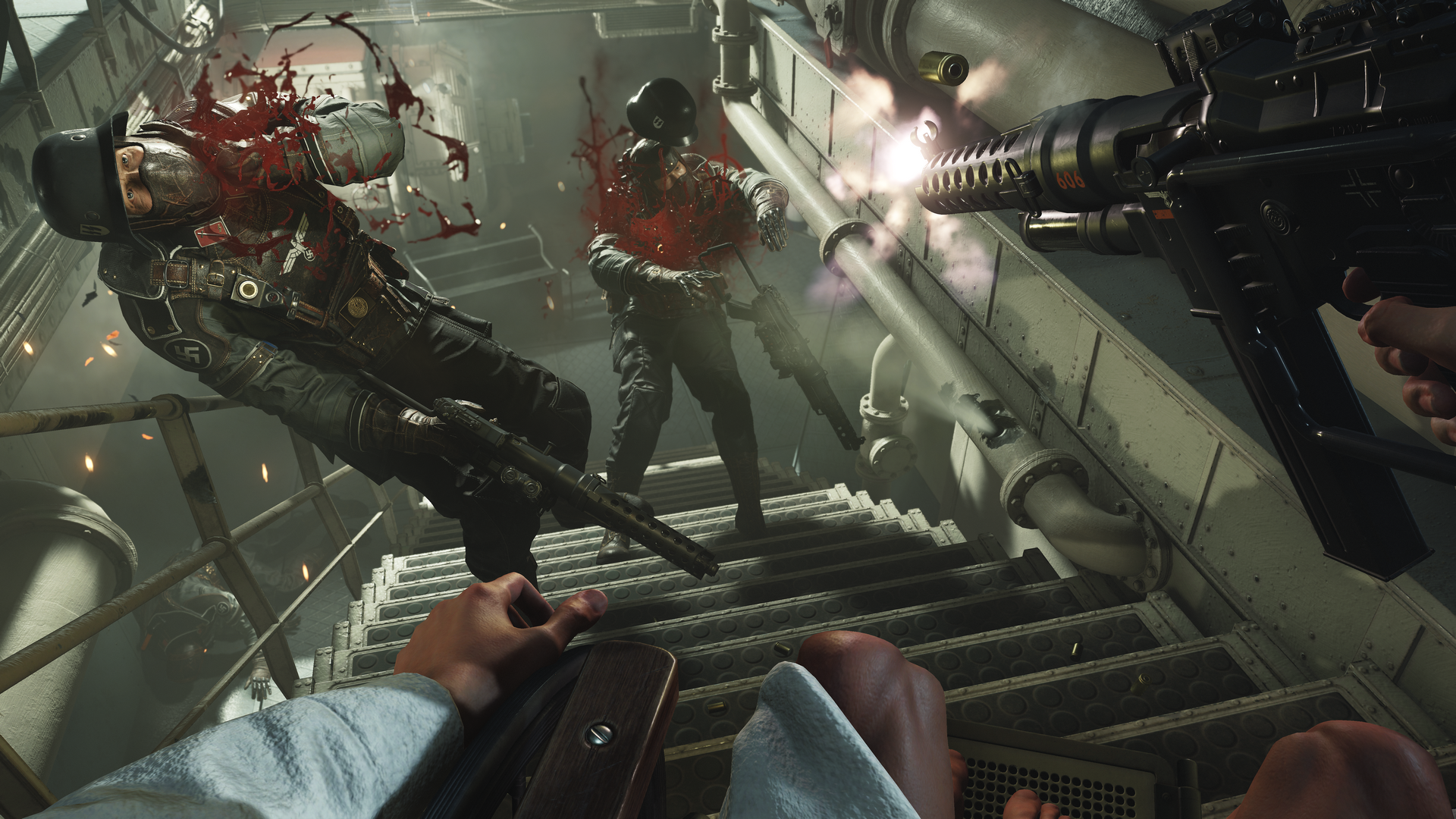 The difficulty, which I'm told hasn't yet been balanced, was like banging my head into a brick wall too. I was playing on the normal difficulty but found myself often struggling through situations with just 20 health, desperately trying to get some armour or just a few seconds to breathe.

It feels similar to its predecessor, but that's not a bad thing considering that was one of the best shooters in recent memory. It's hard to tell how this will all fit together: The two sections I played were disjointed and lacked the broader strokes of story to tie it all together, but in the moment-to-moment gameplay this is an advancement on Wolfenstein: The New Order's formula, and I'm looking forward to playing more of it in a few months.

Wolfenstein II: The New Colossus is, as it stands, engaging and fun. However, so much of Wolfenstein: The New Order's atmosphere and tone was derived from its snapshot of a dystopian world, a London that fallen and been subjugated. If this latest entry can paint a similar picture of a fallen America, it could be a winner.

If not, at least we can revel in some of the glorious gunplay.