Who you choose to feed off will affect the city around you. For example, there’s a local tavern in Whitechapel where both the owner and the barmaid are viable targets for Reid. If he chooses to kill the owner, the barmaid will take over the tavern. If he opts to feeds from both of them, the tavern will close down entirely. It’s also possible to complete the game without killing anybody at all, but doing so will be extremely difficult, because feeding targets are your primary source of XP. 'We didn’t want the player to be forced to kill. We didn’t want to have a gameplay mechanic that said "every 2 hours in the game you have to kill someone",' says Beauverger. At the same time, DontNod doesn’t want to make it easy for players to ignore the darker side of vampirism. 'If you try to kill everybody, it’s okay; if you want to feed on much more blood than you need, it’s okay. If you want to try to play the game without killing anybody, it’s very difficult because you’ll be very weak.'

While the police won’t be a problem for Reid, as the flu epidemic makes it easy for him to hide any deaths he causes, there will be other forces which will seek his demise. The streets will be patrolled by vampire hunters, members of a secret society who use ancient and modern techniques to deal with vampires, from fire to chemical concoctions. In addition, there are other kinds of vampires who lurk in the night, and not all of them are friendly. 'A lot of people got infected by the Vampire plague, and it turned them into less dangerous but very primitive and aggressive vampires you will have to kill,' claims Beauverger. As with his dialogue interactions, Reid can choose to adopt a human or vampiric approach to combat. He can use pistols and melee weapons such as military sabres to dispatch enemies or take advantage of his supernatural powers, dodging blows with a smoky teleport and tearing enemies in two with his superhuman strength. The qualities of Vampyr’s vampires have been adapted from many different examples of vampire fiction, which DontNod has built its own vampire lore around. 'The vampire character is so complex, so old that, each time you create a story, a book, a video game, a movie about vampires, you have to decide what aspects of this mythology you will pick up. Will they see themselves in the mirror? Can you take a picture? Will the sun turn them into ashes in just a few seconds?'

Much of what DontNod is attempting to achieve in Vampyr sounds fascinating, especially its emphasis on building a small yet detailed society which the player can influence in dozens of different ways. But there are some concerns. Vampyr has been in development for three years now, yet despite this we’ve seen very little of it. The footage we were shown in Paris was largely taken from the E3 2016 trailer, and it showed the game as a series of individual vignettes rather than a cohesive experience. DontNod’s last RPG, Remember Me, was similarly ambitious but struggled to turn its many ideas into something consistently enjoyable. Having said that, Life is Strange showed that DontNod is perfectly capable of producing an excellent game that deals with complex ideas and subject matter, even if this one isn’t as structurally ambitious as their two RPGs. The question is whether it can take the lessons learned from its previous projects and apply them effectively to Vampyr. 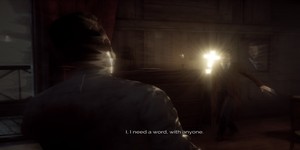