Titanfall 2 - Not the destination, but the journey

Moving in Titanfall 2 is one of the most satisfying things I've ever done in an FPS. The sheer agility offered by your pilot and his trusty jump pack make dicking around in sewers, scaling radar dishes, and even wall-running alongside a spaceship as it approaches low orbit all doable with ease and joy.

Titanfall 2 isn't a shooter about shooting — although you'll empty a few magazines during the campaign — it's largely about movement, and it totally nails a way to make players feel agile and Sonic-fast without being difficult to manage.

It also takes some actual skill - traversal in Titanfall 2 is an art form, and you can see some truly amazing examples of that art on YouTube, but brilliantly, you don't need to be at that level to still feel like you're rocking it. Doom - You say it best, when you say nothing at all

There's a story to 2016's Doom remake, and it's always there, hovering just outside of view. This isn't the fault of the game; every elevator, every NPC, and several logs all do their best to try and regurgitate lore in your face like an offensive weapon every time you stop moving for a second.

It's not the story's fault that many of you will miss it, it's Doomguy's, because Doomguy hates story. Doomguy hates story so much that he'll often punch or kick any offending plot item during the same cutscene in which it appears. Doomguy doesn't need to know why Mars and its surrounding moons are causing trouble, he just needs to tear monsters apart and solve the problem, which is pretty much what the player wants to do.

I'd be happy with Doom being re-released in 2017, in all honesty, but if there's one part of the game I really want other developers to look at, it's the way Doom handles its story. It's definitely there, but most of the time it just goes on quietly in the background as you stomp your way through the denizens of hell, and that's refreshing. Yes, I know, Rainbow Six Siege didn't release in 2016. But you know, of all the shooters I've played in 2016, none has kept me coming back quite like Siege does. Over the last year, Rainbow Six Siege has grown exponentially, adding eight new operators and five new maps and totally reworking several existing operators.

What we've been left with is a game that's so much more than the game that was delivered at release, at a negligible cost to those who have already bought the game (everything DLC can be paid for with in-game experience, but some of the masks and outfits are cash only). 2016 saw the big rise of games as a service, and it's worrying to buy a game now not knowing how long it'll be supported for and how much money you might have to put in to keep the game viable - with Rainbow Six Siege, I know that every couple of months I'm going to get new toys to play with. This is set to continue through 2017 too, with year two of the game's content kicking off in February this year.

Share your favourite moments from 2016's FPS's in the comments. 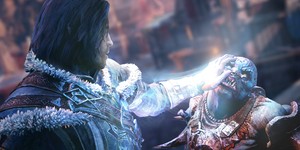 The game mechanics that should have changed the world, but didn't

Rick runs down the most underused mechanics in gaming.