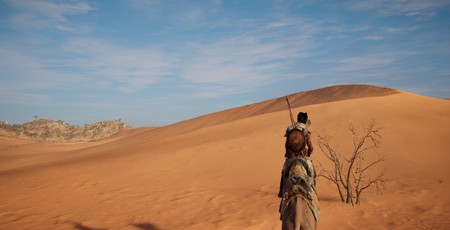 In just a few hours of Assassin's Creed I've been many things. Father, husband, warrior of Sekhmet (that one came with a cool cat helmet). I haven't spent a lot of time as an Assassin.

While it's still definitely an Assassin's Creed game, it's nearly three hours before I got my hands on my hidden blade, and after 20 hours of dashing around ancient Egypt no one had told me that nothing was true and everything was permitted. This is still the same historical sneak and stab 'em up that you might be used to, it's just… different. Even though Assassin's Creed Origins is revealing the start of the Assassin brotherhood, it is not afraid to explore new themes and rework the mechanical formula underlying the game. 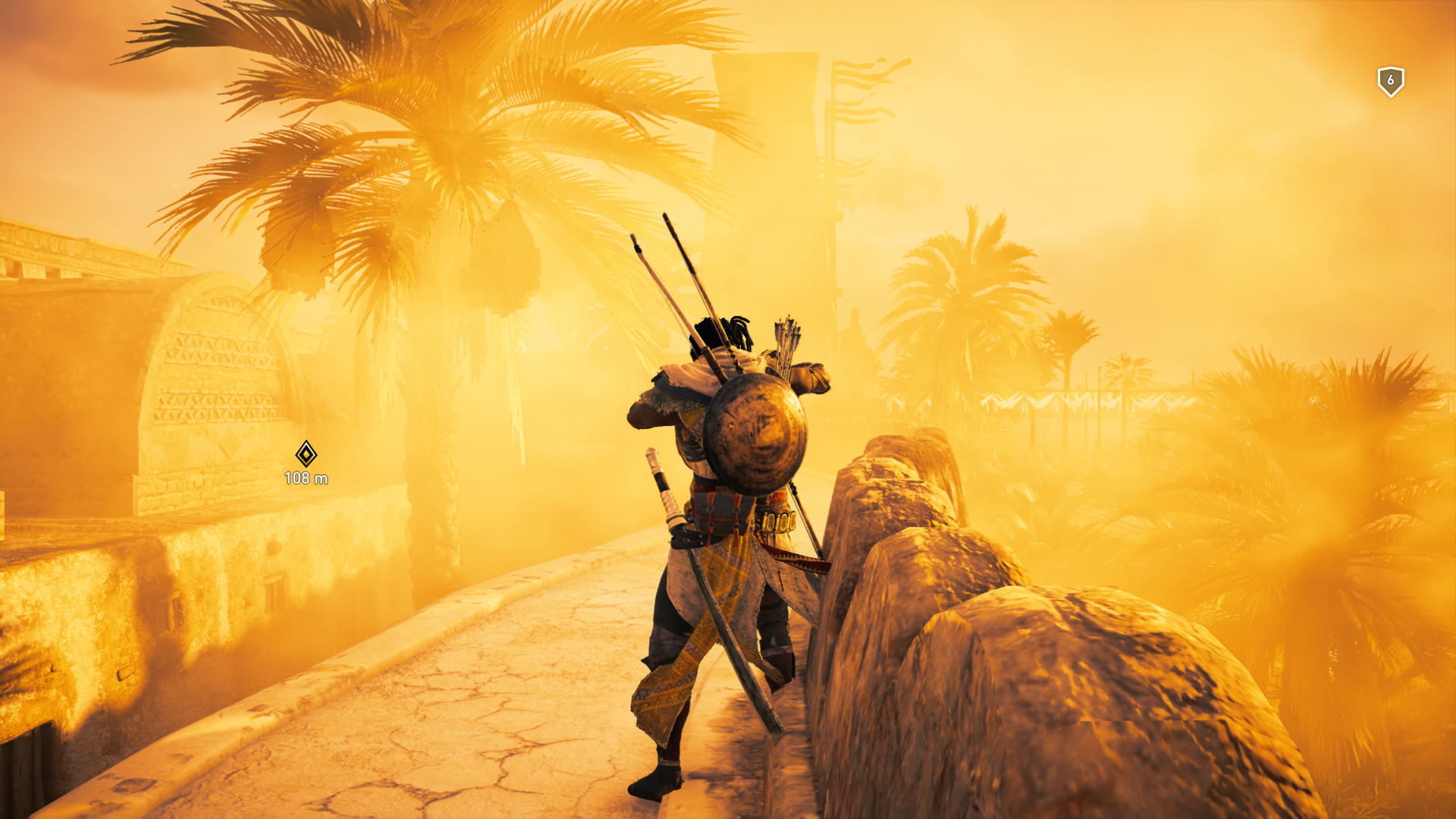 The most obvious change is the reworked controls. Egyptian Assassin Bayek controls clearly, and Origins ditches the context-sensitive controls mapped to face buttons in favour of a more robust system that took a little bit of getting used to but felt better once it was bedded in, allowing quick access to several weapons and tools in addition to a quick switch between melee and ranged combat. It's responsive and universal, which means it's simple to nail a guy with an arrow from a vantage point, while riding a horse, or even during melee combat.

If the new control scheme will be the most easily spotted change, the most extensive — and most divisive — will be the robust RPG system that has infiltrated the game at every level. After the year break the franchise took after Syndicate, the expectation for franchise fans was that Origins would have to do something new, and there's no denying that this system goes deeper than a level-up and crafting system. 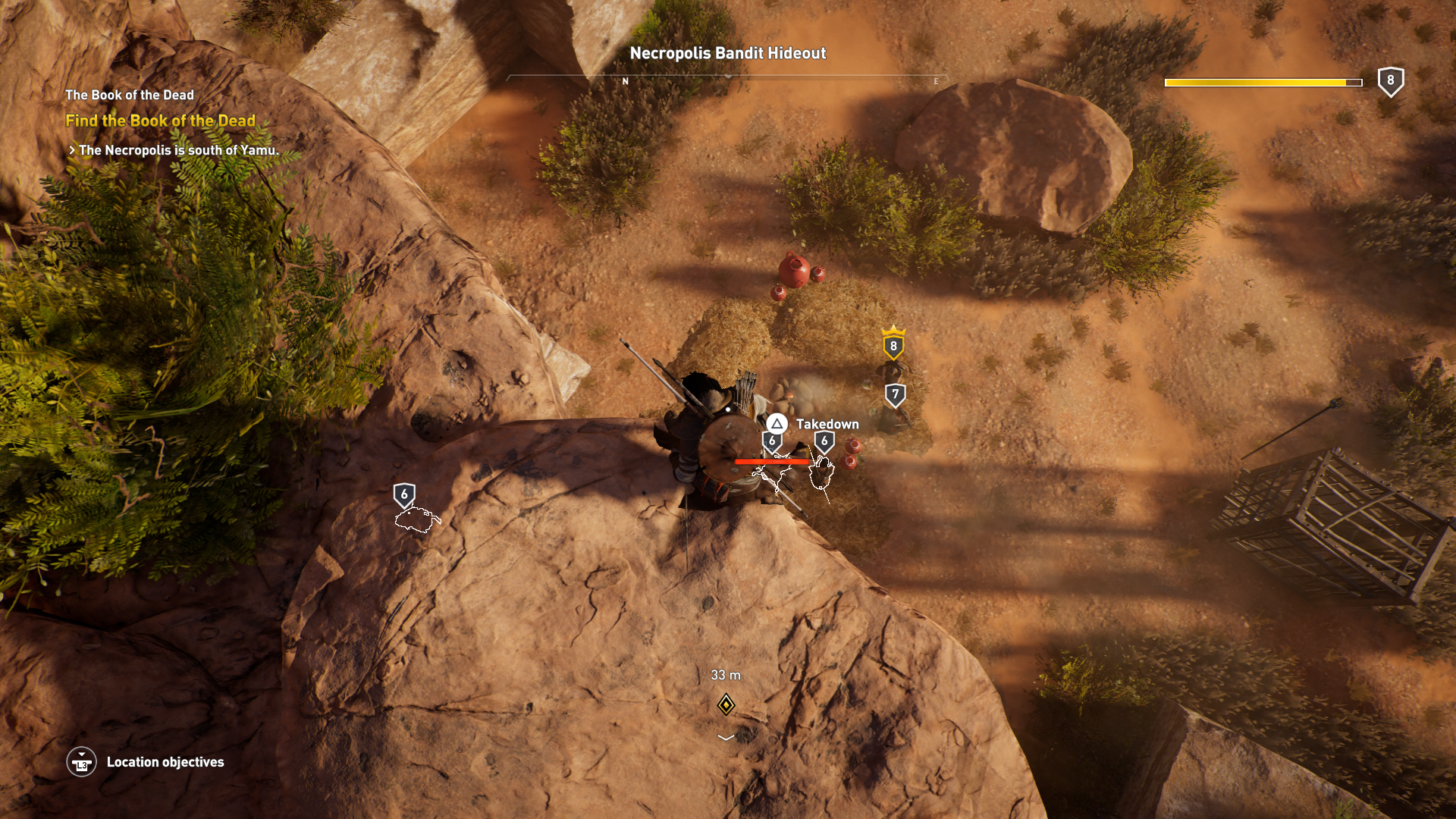 Enemies have been assigned levels, and enemies several levels higher than you aren't as susceptible to your gadgets and weapons. This means that you can wander into an area that's much too tough for you, and while in previous games you could try to blunder through it regardless, here they hit so much harder and take so little damage it appears impossible to take them out.

In another sequence, you go to rescue a man from the corrupt city guards, only to discover he's been killed. You return with the body only to discover that the city guards torched his house with the family inside to set an example. You lay the man down to rest alongside his dead wife and children. The game gives you 20 experience points. 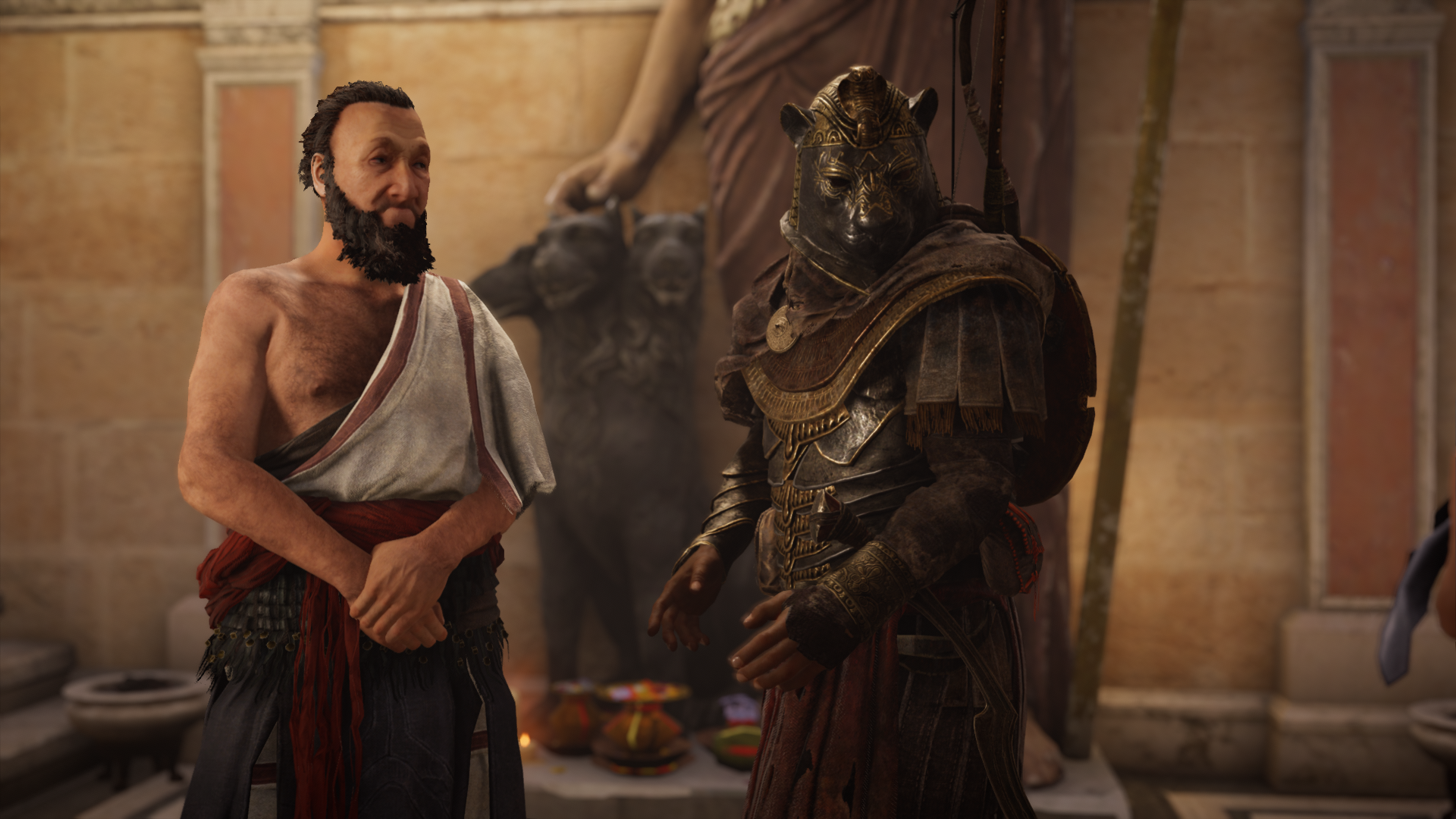 Sadly, by making your targets behave less like humans and more like video game enemies, there are some gameplay issues. This means you'll need to nail some enemies with several consecutive headshots, and occasionally you'll stab someone in the neck with your hidden blade only for them to turn around and punch you in the face.

It's the worst case scenario for a stealth game with crafting elements: a stealth kill that doesn't guarantee a kill and could instead see the alarm raised not because you messed up but because you haven't put in the grind to get a good enough hidden blade. It's frustrating, and it's every problem with Assassin's Creed Origins' RPG tendencies writ large. 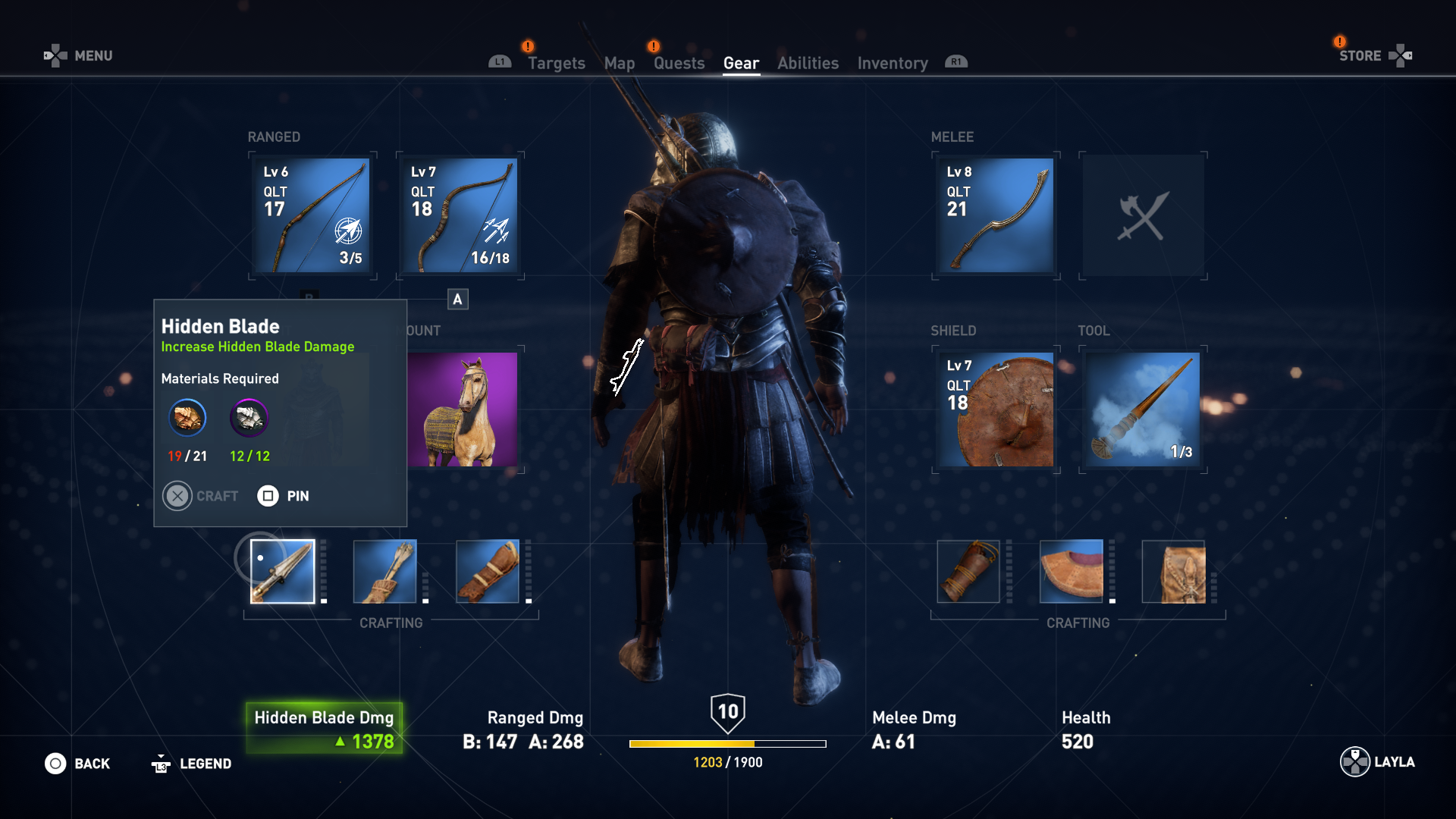 You'll be kept busy with crafting, too. All of Bayek's gear can be upgraded in a manner similar to Ubisoft's Far Cry games. So you'll need to hunt enough animals and gather enough resources that you can upgrade your armour, bracers, quiver, gloves, utility belt, and hidden blade. Combining this with the bows, weapons, and shields that are dropped randomly and which can have different traits, rareness, and level requirements, there's a whole lot to consider, and you'll be spending a lot of time on the gear treadmill.

However, mechanically, the game is a remarkable improvement, despite the niggles and misgivings that I have with it's jump away from stealth and more towards being an open-world RPG. Stealth, as noted, is less of a focus for this game. You're still crawling over rooftops and stabbing people from hay bales, but enemies are better at spotting you, and your time to react before everyone flips out is milliseconds. 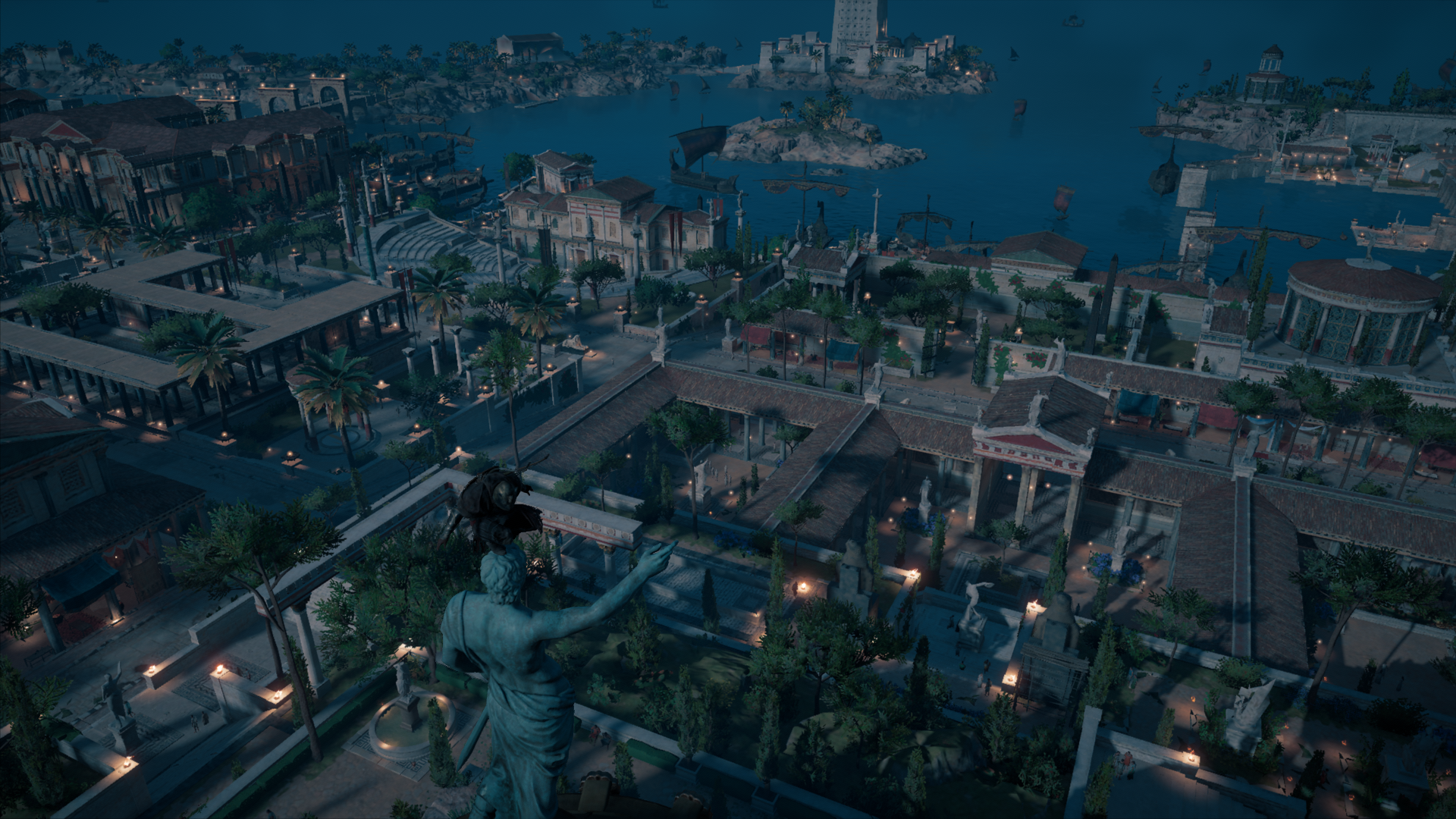 Stealth isn't impossible, but it does require more work. Bayek's Eagle Vision in Assassin's Creed Origins is a literal eagle, a soaring bird of prey that acts as a UAV, hovering over compounds and soaring over the city to pick out your targets, mark enemies, and identify convoys carrying valuable crafting materials.

Assassin's Creed was never exactly a hardcore stealth game, but the changes here seem to shift the focus more onto your preternatural agile hero, sneaking less and instead hurling yourself around the world with speed and grace. 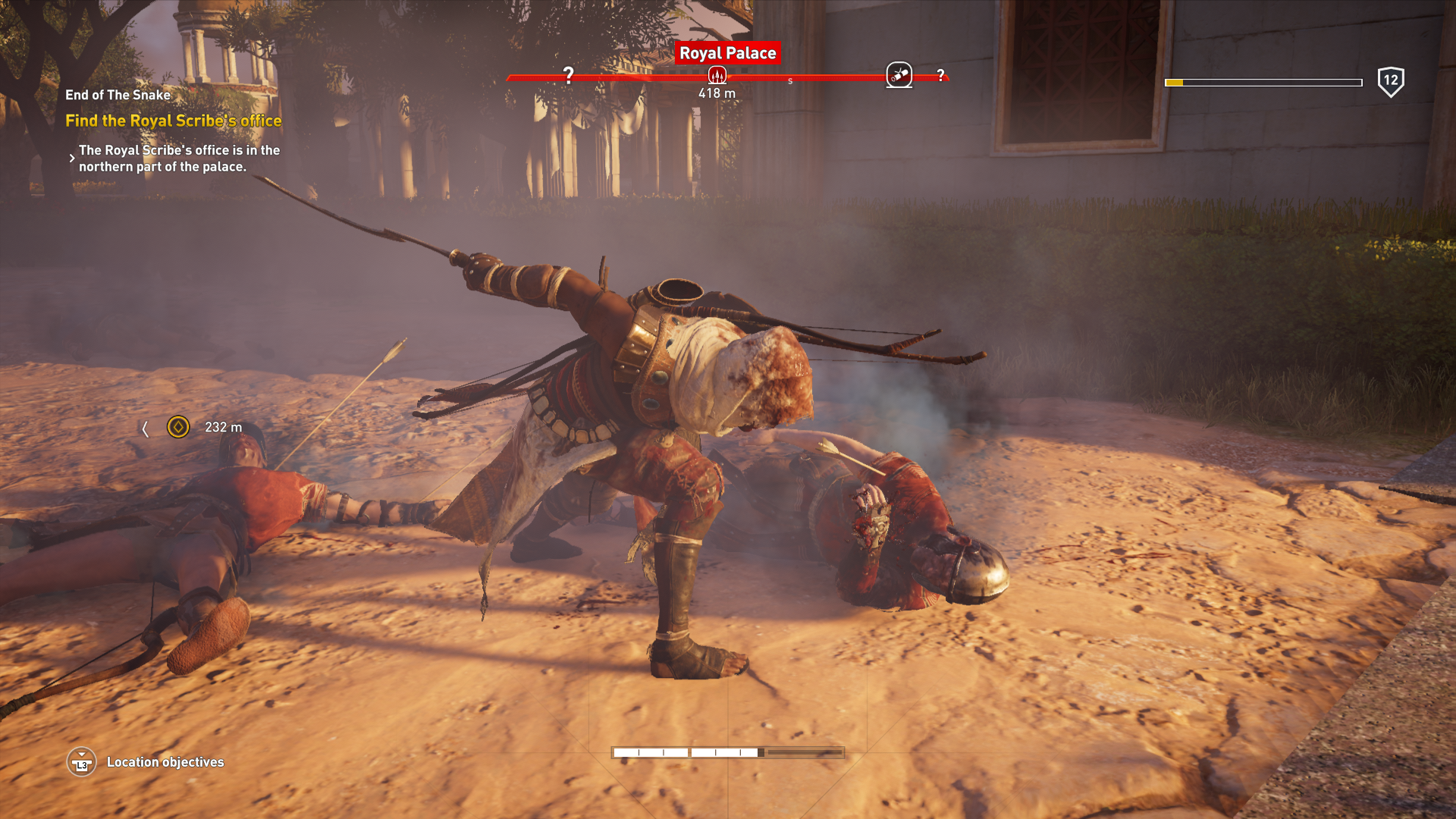 What a world it is, too. Ubisoft has always had a talent for making the historic worlds of the Assassin's Creed games fascinating places to exist, but Egypt is a notable step above. Triremes float lazily through the water, while children duck and dive through holy temples, and merchants bicker at their stands. If you're only here to explore the world, this is one of the best places to do it. Ancient Egypt feels like a real world with plenty going on, with or without your involvement. Sandstorms boil across the desert and goods are moved under armed guard from place to place.

This is helped by the story. Origins has an altogether more human story than those that came before it in the franchise. Bayek is a devoted family man, a killer that is sure he's on the right path and that his kills are righteous, but he still seems tormented. Bayek is a good anchor for the game, and the story goes to some interesting places. 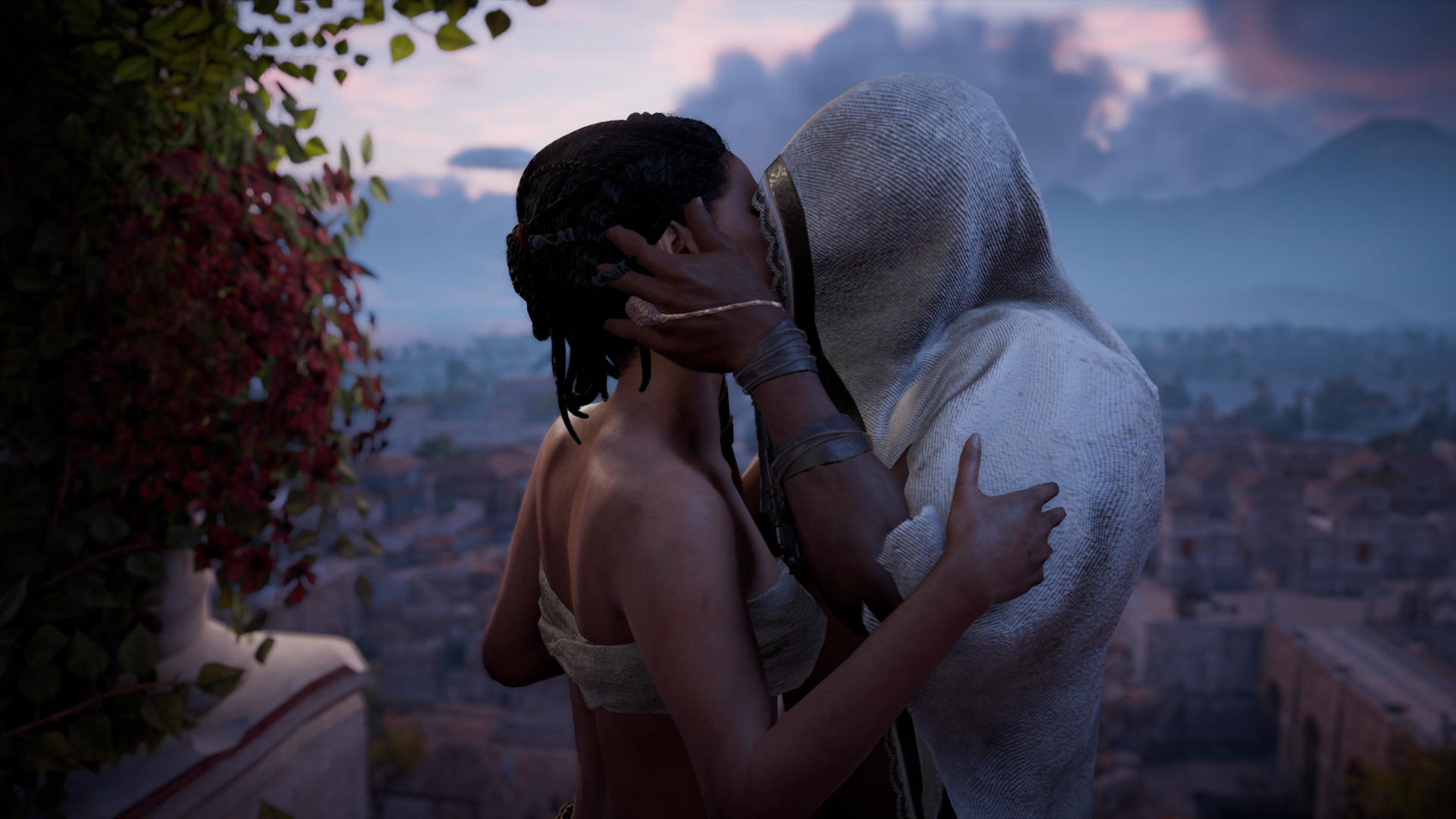 I have a couple of concerns about the port. During cutscenes and when a new area is just loading, the game chugged for me despite a relatively beefy (recent model i7, GTX 1060, and 16GB of RAM) PC. There were other bugs I encountered too, with animals sometimes spawning as humans, an alligator texture given human form. Sometimes I'd fall through a boat, or glitch my way into a wall or rock. Generally, these haven't hindered my enjoyment of the game at all but are worth mentioning. 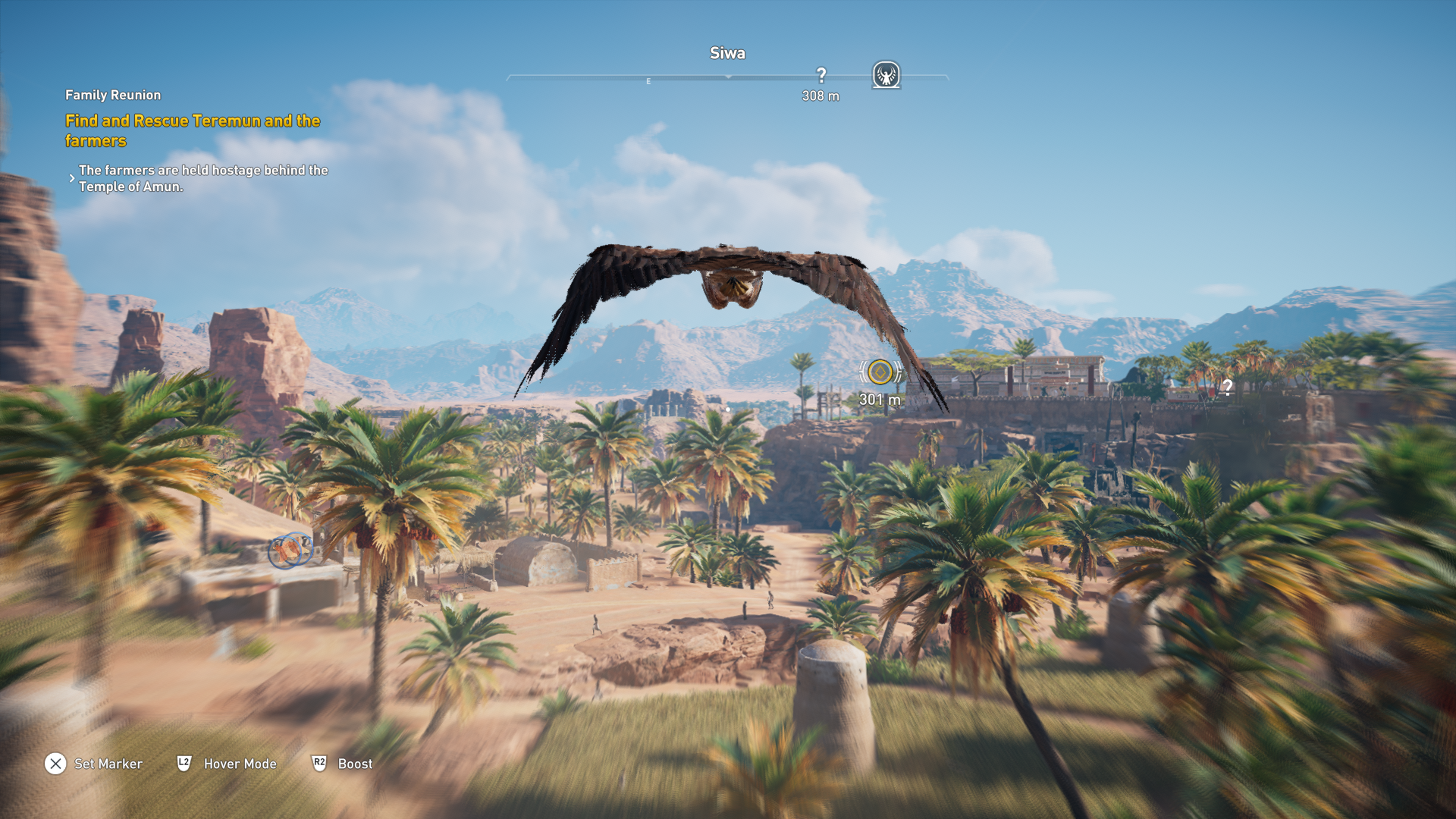 Assassin's Creed Origins is a game that under-promises and over-delivers. This is the Assassin's Creed game I've dreamed of playing ever since the first one captured my imagination; it's just a shame that the RPG system muddies the waters and takes away some of the simplest pleasures of exploration 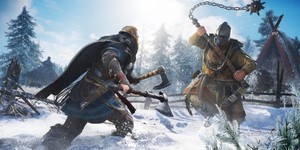