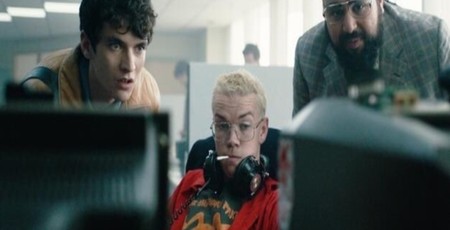 Platform: Any device that supports Netflix (actually, not *any*, as I found out when trying to use my dumb Amazon Fire TV stick - ed.)

Netflix describes Bandersnatch as an interactive TV show, but it’s basically an FMV adventure game with actual production values. That doesn’t make it any less fascinating. In fact, context is largely what does make Bandersnatch fascinating. Looking at it from a games perspective, it does nothing new either mechanically or thematically. But from the context of being directed by Charlie Brooker and published by Netflix, it’s a big signal boost for interactive fiction.

It helps that Bandersnatch is mostly good. Not revolutionary, but fun and engaging and typically bleak without being too bleak. The story is set in the mid 1980s and revolves around bedroom coder Stefan Butler, who gets a publishing deal from a development company called Tuckersoft for his game Bandersnatch, a 3D, interactive maze game based on a landmark choose-you-own-adventure novel of the same name. Most of the time it plays out like a conventional Black Mirror episode, but every now and then a choice will rise up from the bottom of the screen as the film keeps rolling. You’ve a limited amount of time to select the choice, at which point the episode will continue seamlessly down the chosen path.

It’s difficult to describe much more of what happens in Bandersnatch without spoiling the whole thing, but safe to say each choice leads you down a different avenue, avenues that are increasingly strange and varying degrees of darkly comic. Unlike, say, Telltale’s The Walking Dead (which is the closest contemporary I can think of) the choices are rarely illusory, and really do diverge the narrative in quite dramatic ways. Even something like picking up a different item can lead to wildly different consequences. It isn’t simply narrative choices that Bandersnatch is interested in, however. Loops are another core component of the story. Since Bandersnatch plays out like a TV show, there’s no set objective. But there is a tacit goal of guiding Butler to create a version of the game that receives a five-star rating from a national TV game critic. When you reach one of these end states, the game will let you go back to a previous choice you made, then select the alternative option to explore a different subplot.

Indeed, the whole story is layered with themes of choice and control. Bandersnatch’s subject matter ranges from conspiracy theories to psychiatric manipulation. Admittedly, much of this is stuff games were exploring ten years ago in the likes of Bioshock and even Portal, but nonetheless it’s interesting seeing these stones turned anew in a slightly different medium. In addition, Brooker’s history with and love for games shines through both the darkest and daftest moments in the story. Bandersnatch does a particularly great job of bringing eighties gaming and game development to life but in a way that doesn’t come across as pastiche. The whole story is very low-key, with a dim and grungy aesthetic that’s all beige trousers, grey office blocks and tan-coloured PC monitors. Basically, it all looks a bit shit, right down to the “hotly anticipated” games that Tuckersoft is making. They look awful, which is exactly what 90 percent of eighties games were like. My only issue with the look of Bandersnatch is the rather flat lighting does make it a little too dingy at times.

A bigger problem with Bandersnatch is that it would have benefited from having a stronger central plot that was less reliant on ambiguity. Basically, there are various points in the story where things take a turn for the surreal, and it’s all to do with this recurring notion that the player’s control is ultimately an illusion. Consequently, Bandersnatch takes you on these bizarre little tangents that are interesting in the moment but don’t really cohere into a meaningful point. One example sees Butler take a hallucinogenic drug to free himself from a creative block. But the story isn’t really interested in exploring the pros and cons of using drugs to inspire creativity; it’s just a way of hoisting the player upon their own petard farther down the line. Black Mirror often gets mocked for being perceived as making blunt observations about how “technology is bad”, which I think is an unfair criticism. It’s more about how humans invariably corrupt the technology they create. But here there’s undoubtedly a sense that all these choices are missing a story crux to bind them together. The fundamental conflict in Bandersnatch is Butler’s attempt to make the game while he struggles with an ongoing mental health problem. But we never get a satisfactory answer as to why this struggle is significant. He has a mental health problem because it suits the story’s reliance an ambiguity. The same goes for the control theme. It isn’t so much explored by Bandersnatch as used as a tool to create tension.

These are pretty lofty criticisms, which shows just how much Bandersnatch actually gets right. The performances are all good, particularly Fionn Whitehead in the central role, portraying a likeable if oddly subdued young man who gradually unravels as the story progresses. Even in its darkest moments, Bandersnatch is never less than entertaining, and there’s plenty of humour and silliness alongside the grim stuff. Speaking of which, there’s always a moment in any given Black Mirror episode where it goes Full Brooker, and Bandersnatch’s Full Brooker is particularly delightful. Mostly though, it’s just great to see interactive fiction given this kind of platform. It's one of the core roots of game design going right back to Zork and Colossal Cave Adventure, and yet it so rarely gets a chance to stand front and centre like this. I really hope that it’s done well for Netflix, because I’d love to see more interactive stories receive this kind of treatment, and Bandersnatch, while not perfect, shows that it can work very well indeed. 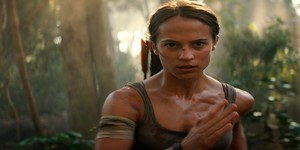