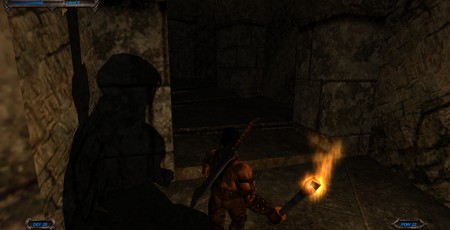 Originally release in 2001, Severance: Blade of Darkness was an innovative hack 'n' slash RPG notable for its advanced dynamic lighting engine and brutal, challenging combat. It's always been one of my favourite games, but after a poor commercial reception upon launch, the game has spent most of the last two decades languishing on murky abandonware sites. 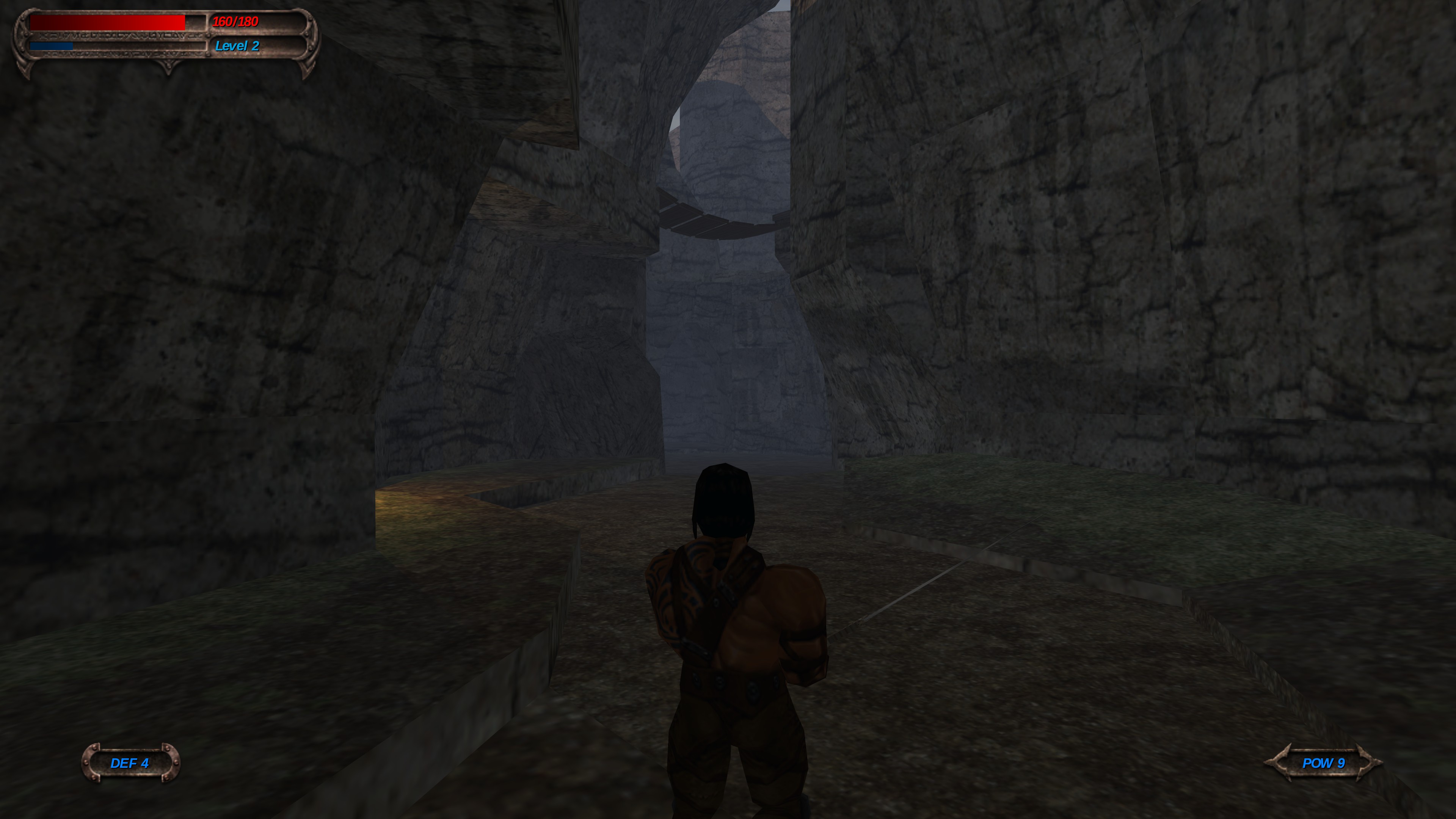 Fortunately, the game has recently been given a second lease of life thanks to publisher SNEG, which has acquired the rights to the game and re-released it on Steam with a slightly shorter title and some much-needed quality of life features. Since I was too young to review it when it first launched, and will likely never get the chance to write about it again, I thought I'd take this opportunity to say "Hey you! Play Blade of Darkness, you lemon."

Blade of Darkness' ambition is clear from the moment you pick which character to play as. There are four to choose from, Sargon the Knight, Naglfar the Dwarf, Zoe the Amazon and Turkaram the Barbarian. Not only does each character have their own moveset and weapon proficiency (Sargon is a sword-and-shield fellow while Zoe prefers spears and polearms) they also have their own starting locations. Sargon, for example, begins the game with a daring escape from a castle of evil knights, while Turkaram searches the cursed burial grounds of his homeland for a sacred stone circle. 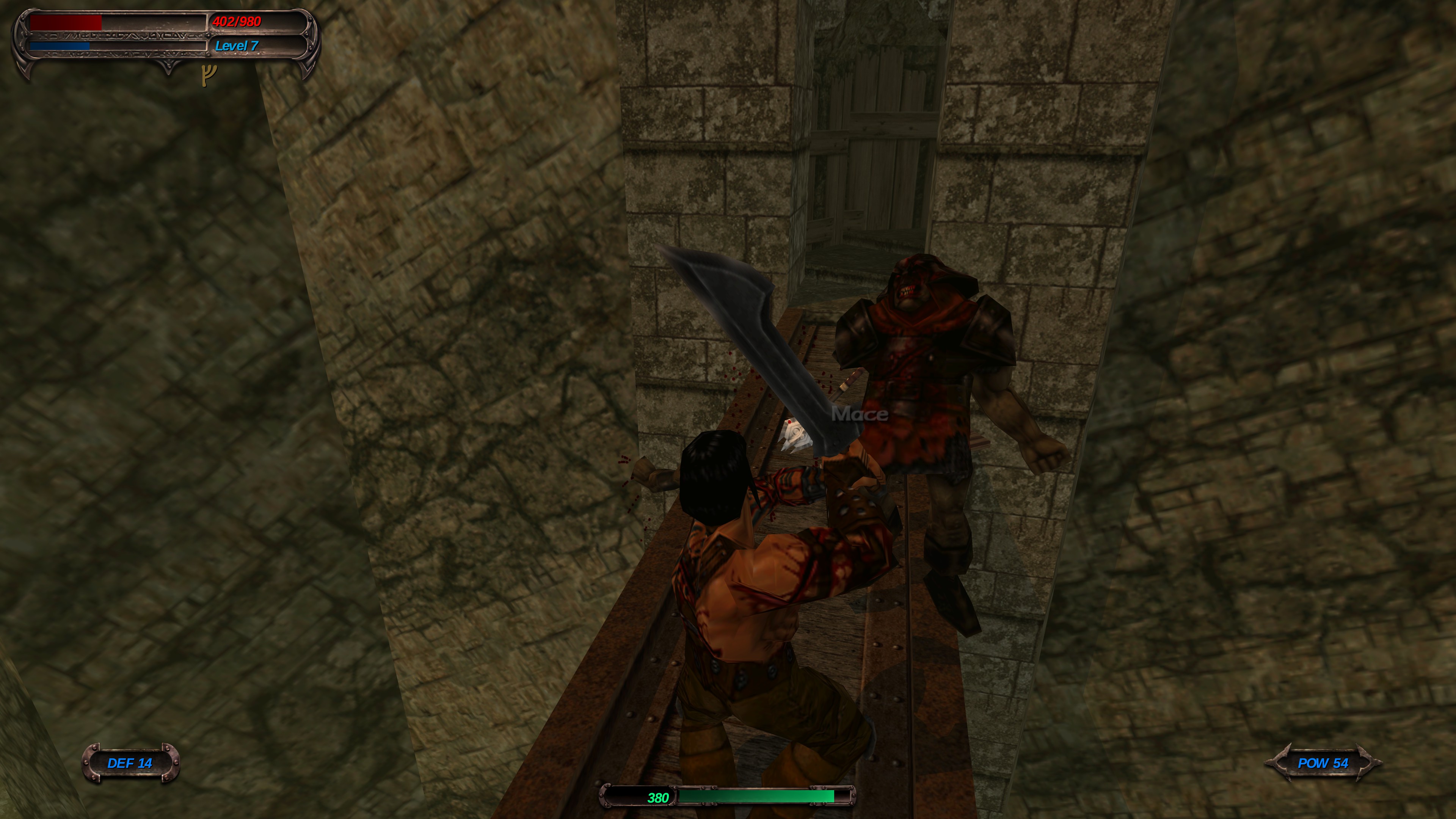 Each character has their own benefits and drawbacks. Well, except for Naglfar, who's generally a bit rubbish. In any case Sargon's proficiency with shields make him a good starting character, as does Zoe's agility, letting her avoid enemy attacks with ease. For me though, Blade of Darkness has always been about Turkaram. Not simply because his grizzled face occupies both the game's cover and its loading screen, but also because Blade of Darkness' primary inspiration is Conan the Barbarian.

Blade of Darkness' world heavily channels the brutal, fast-paced and often contextless fantasy stories of Robert E. Howard. The fortresses, temples, mines and tombs that comprise the game's 14 levels (not including the four introductory levels) are introduced with only a few lines of dialogue that summarise that location's history. The rest is left to the level design and your imagination. The game's levels paint a picture of a fantasy world slowly decaying into oblivion, where noble knights fall to the poisoned swords of feral orcs, and where the dead lie restless in the graves. 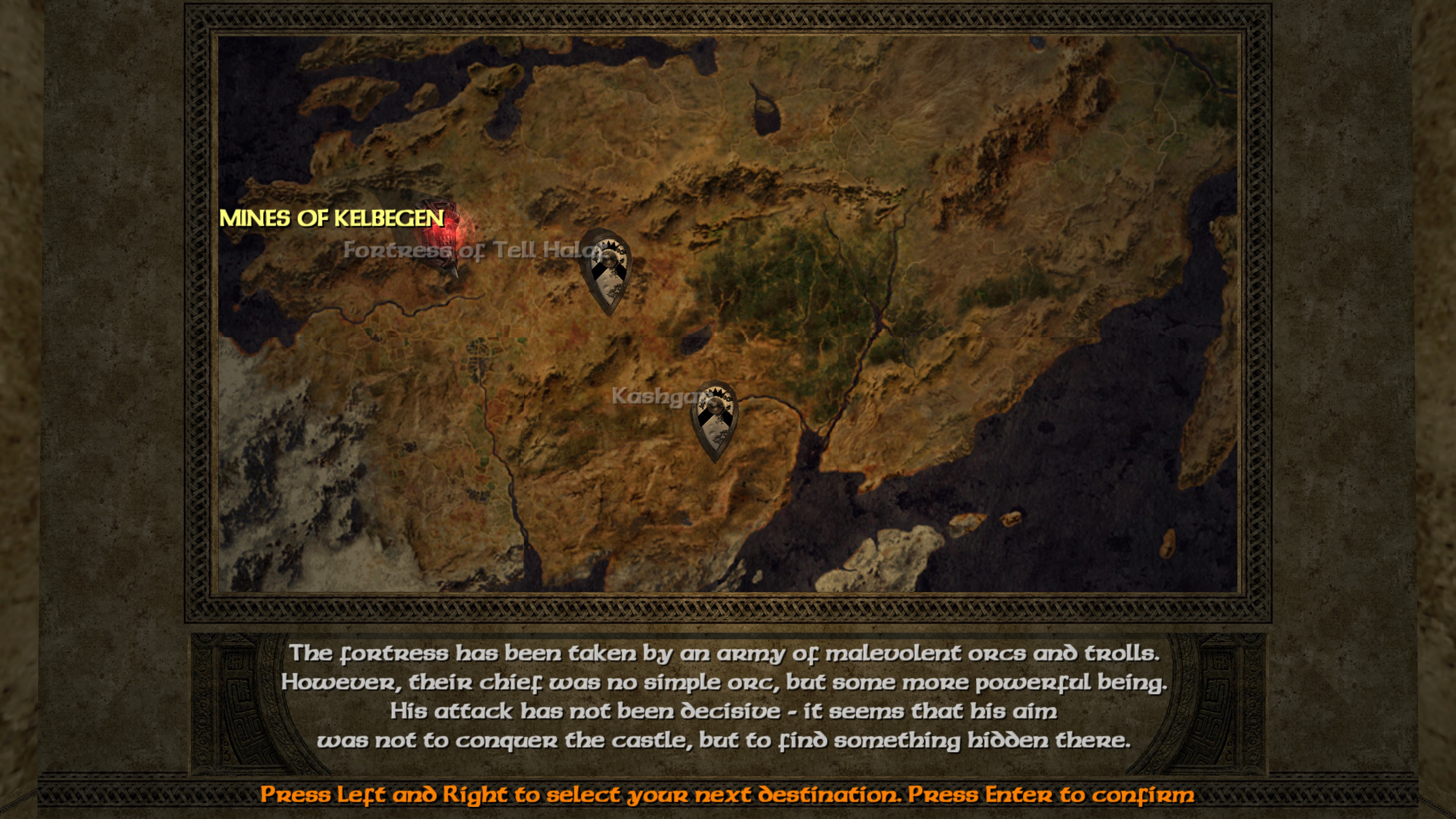 The whole game has an eerie, otherworldly atmosphere. You rarely know the names of the foes you face. You can guess the names of some – it's fairly obvious what a skeleton looks like, after all. But others could be one of several fantasy creatures, or unlike anything in traditional fantasy at all. The skinless boss you encounter on the island of Karum, for example, is apparently a vampire, but I only know that because of an achievement you now get when you defeat him.

Blade of Darkness' minimalist storytelling was criticised at the time of its launch, but it makes sense in a game where most of the talking is done with your weapon. Blade of Darkness' combat holds up remarkably well. Each character has a range of basic attacks, alongside around a dozen special attacks that unlock as you level up, and one unique move for every weapon your character can wield. You can also block enemy strikes, either with a shield or their sword. Both are fragile, however, and will break easily. So the best way to avoid getting hit is through careful footwork and dodging. 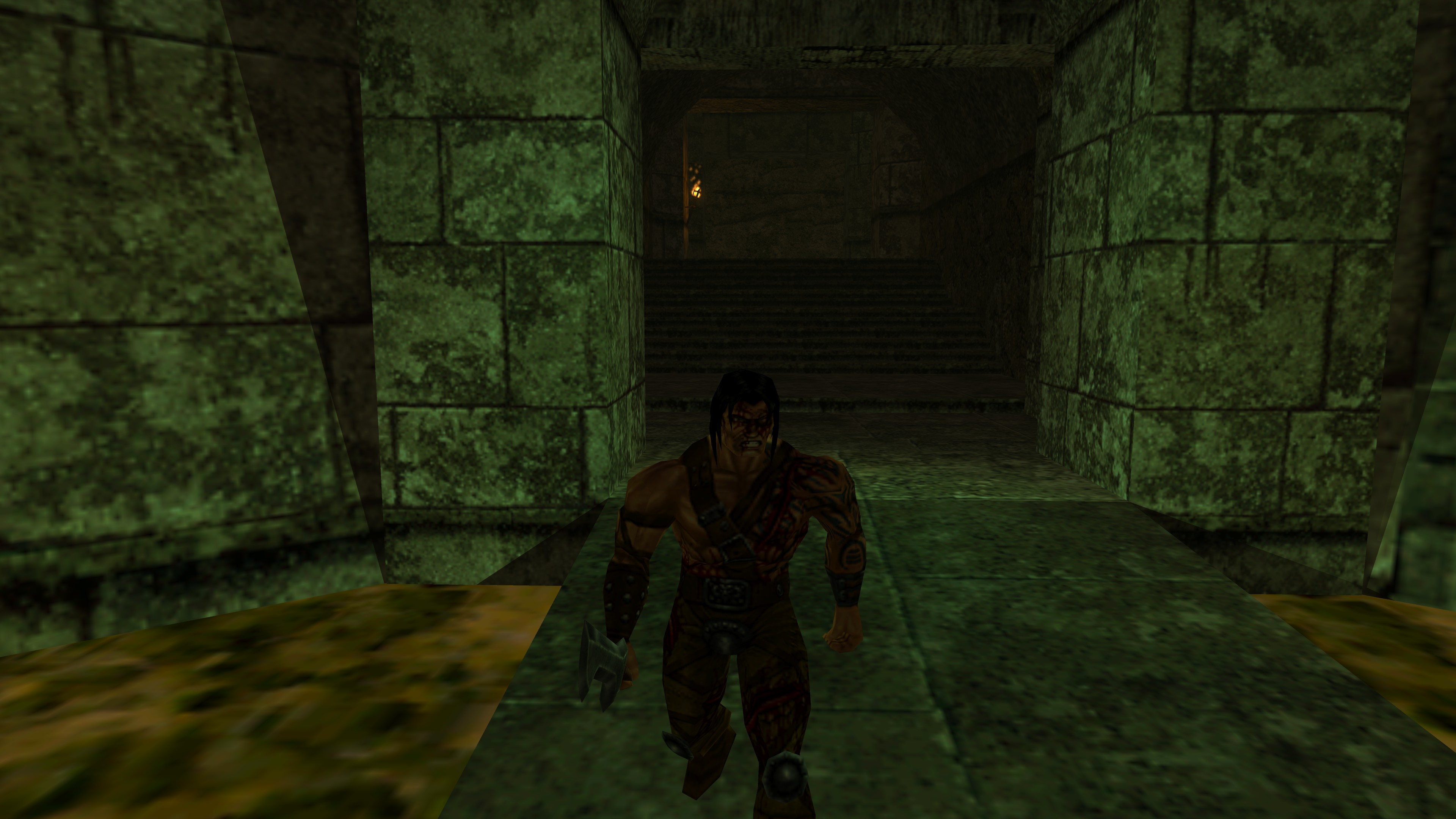 It takes a while to get used to character movement, which feels stiff compared to modern melee combat games. But combat animations are slick and flow together, and it doesn't take long to get into the rhythms of battle. Fights are also incredibly satisfying, not only because you can lop enemies' limbs and heads off, with gouts of viscous blood spraying from the stump, but also because most of your foes are genuinely dangerous. Skeletons and orcs are particularly tricky. It's easy to get snarled up in their movesets and find yourself hacked to bits. But even lowly goblins can put a serious dent in your health bar, especially if they gang up on your or attack from range with a bow and arrow.

The whole game is simply a marvellous adventure. Levelling is well paced, and you're never far away from picking up a new weapon, while each level is filled with nasty surprises that keep you on your toes. There are a few problems though. Some weapons and abilities are better than others, with several either being too complicated to perform or taking too long to complete to be properly useful. Also, while the combat has aged well, the platforming has not. Some of the game's jumping challenges are extremely clunky, and God forbid that you get into a fight on a narrow ledge. 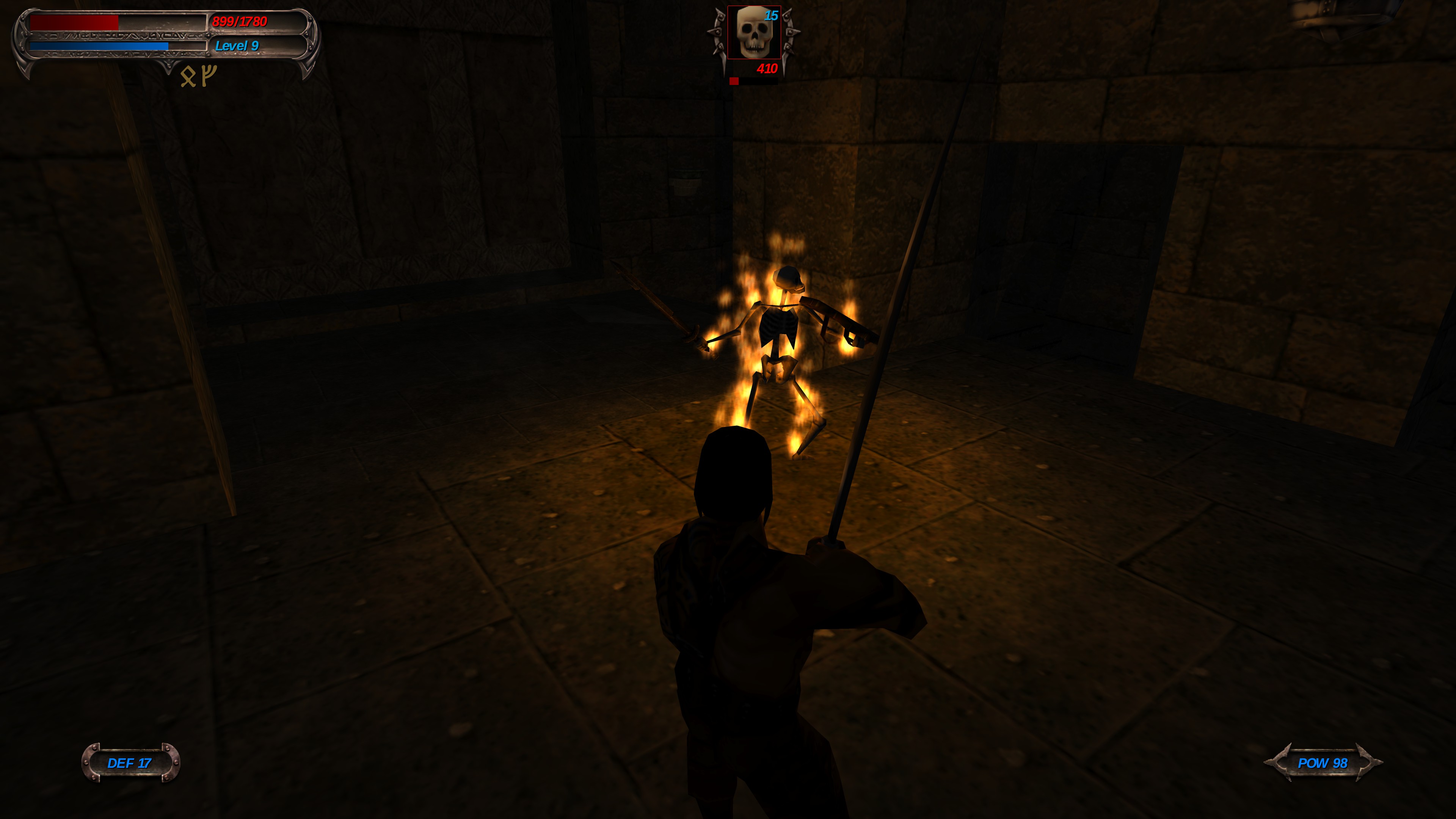 Nonetheless, for a twenty-year-old action game, Blade of Darkness feels incredibly fresh and propulsive. It also looks fantastic for its age. Some credit should go to SNEG for this making the game run consistently on modern machines, adding proper support for widescreens and HD resolutions. But most of the credit still lies with Rebel Act. Blade of Darkness' dynamic lighting and shadows have lost little of their power in the last two decades. They contribute hugely to the moody and oppressive atmosphere, and the game really knows how to bring them into play, often having you navigate pitch black environments with a handheld torch.

If you missed Blade of Darkness first time around, I thoroughly recommend giving it a crack now for the measly £7.50 that SNEG is charging. Doubly so if you're a fan of the Souls games. Blade of Darkness isn't quite in the same wheelhouse. It came out seven years before Demon's Souls and has no real causal link with From Software's landmark series. But there are enough similarities between the two to make it likely that you'll enjoy one if you liked the other. 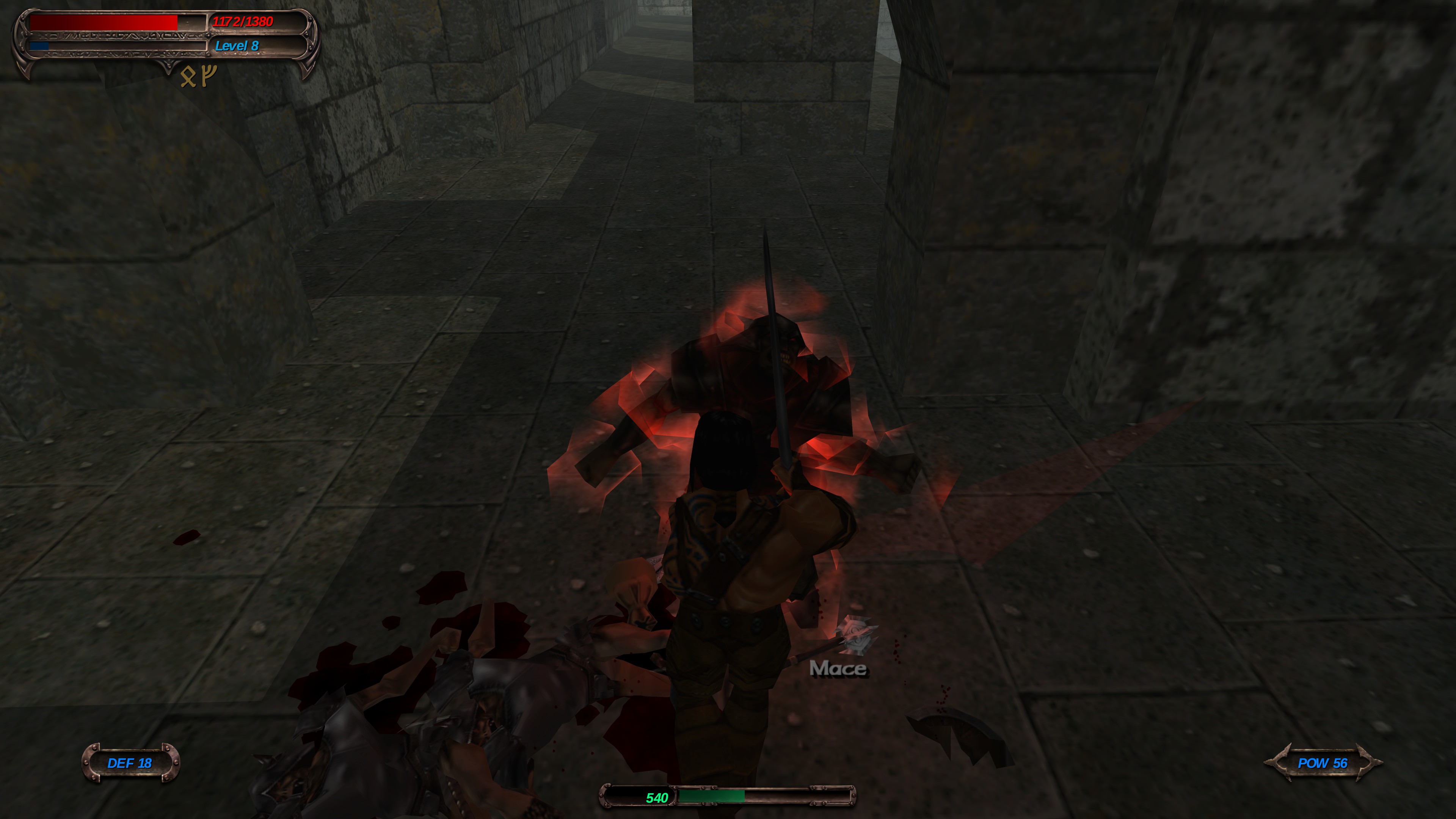