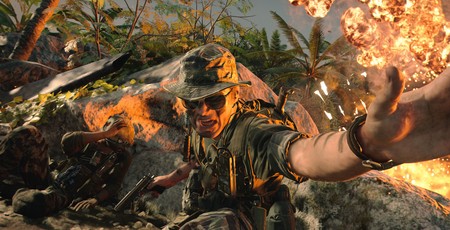 Platforms: PC, PS4, Xbox One, PS5, Xbox Series X/S
It’s easy to be cynical about Call of Duty, goodness knows I’ve provided my fair share. But the truth is the last few offerings from the FPS juggernaut have been decent. Both Infinite Warfare and WWII offered some of the better Call of Duty campaigns (the former in particular was criminally underrated) while last year’s Modern Warfare rejuvenated a multiplayer that had long been ailing in the face of Battlefield and Battle Royale. The f2p spinoff Warzone has further brightened the series’ prospects, adding big production values and a couple of neat twists to the battle-royale formula. 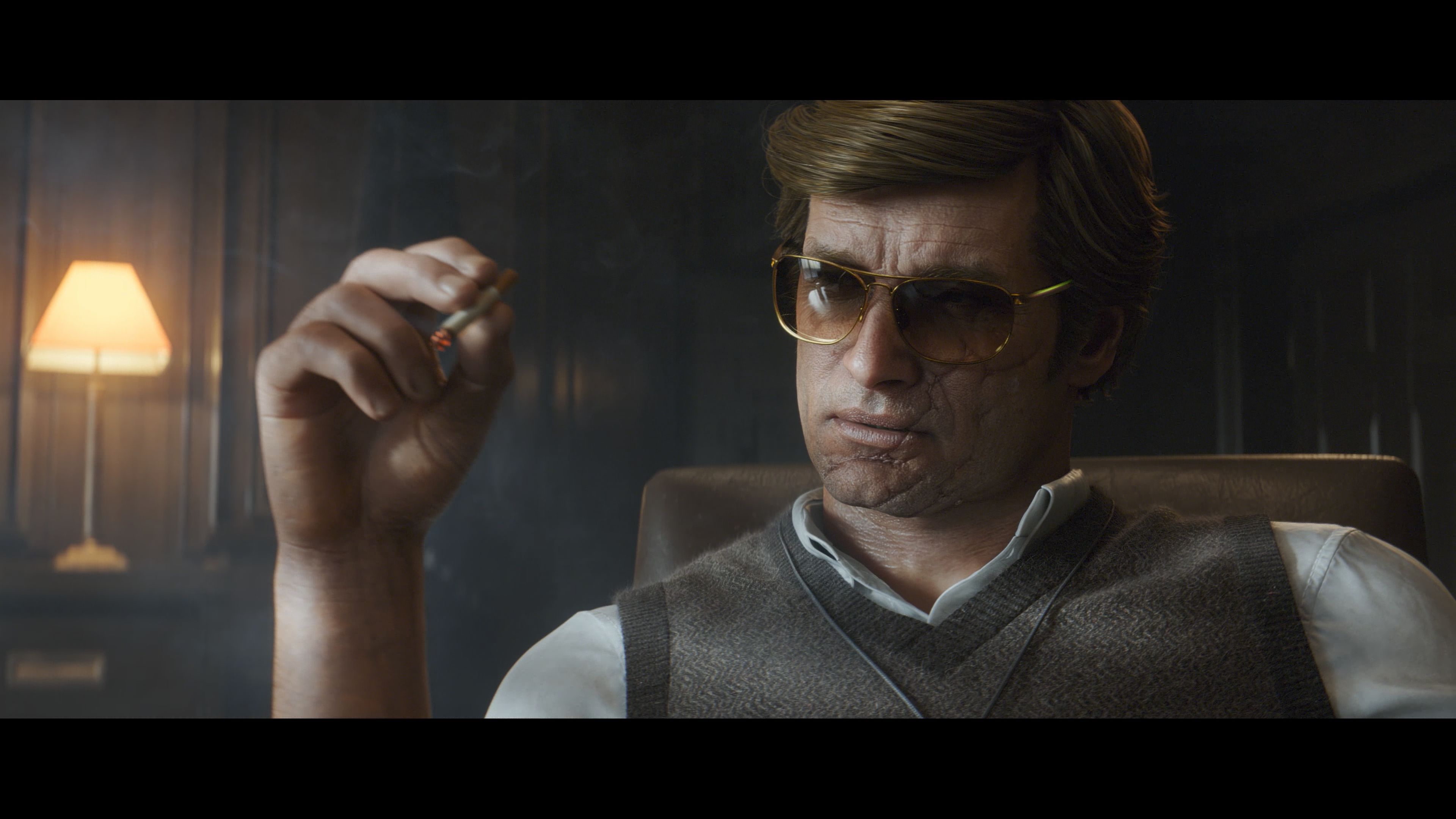 I’d like to say that Black Ops: Cold War continues this trend. Sadly, this isn’t the case. Which is not to say that it doesn’t try. The singleplayer campaign is probably the most imaginative since Infinite Warfare. But the entire package is let down by adherence to a structure that no longer feels relevant in the post-Warzone era.
Let’s discuss Cold War’s better elements first. While the games (second) subtitle is Cold War, the campaign focuses mainly on the 1980s, and the ensuing tensions between Reagan and Gorbachev as the former pushes for global dominance while the latter seeks to re-exert the USSR’s power after years of stagnation. In the absence of a major military conflict, Cold War’s campaign places the onus on espionage, with you forming part of deniable-ops team hunting for a missing nuke stolen by a rogue enemy agent known only as ‘Perseus’. 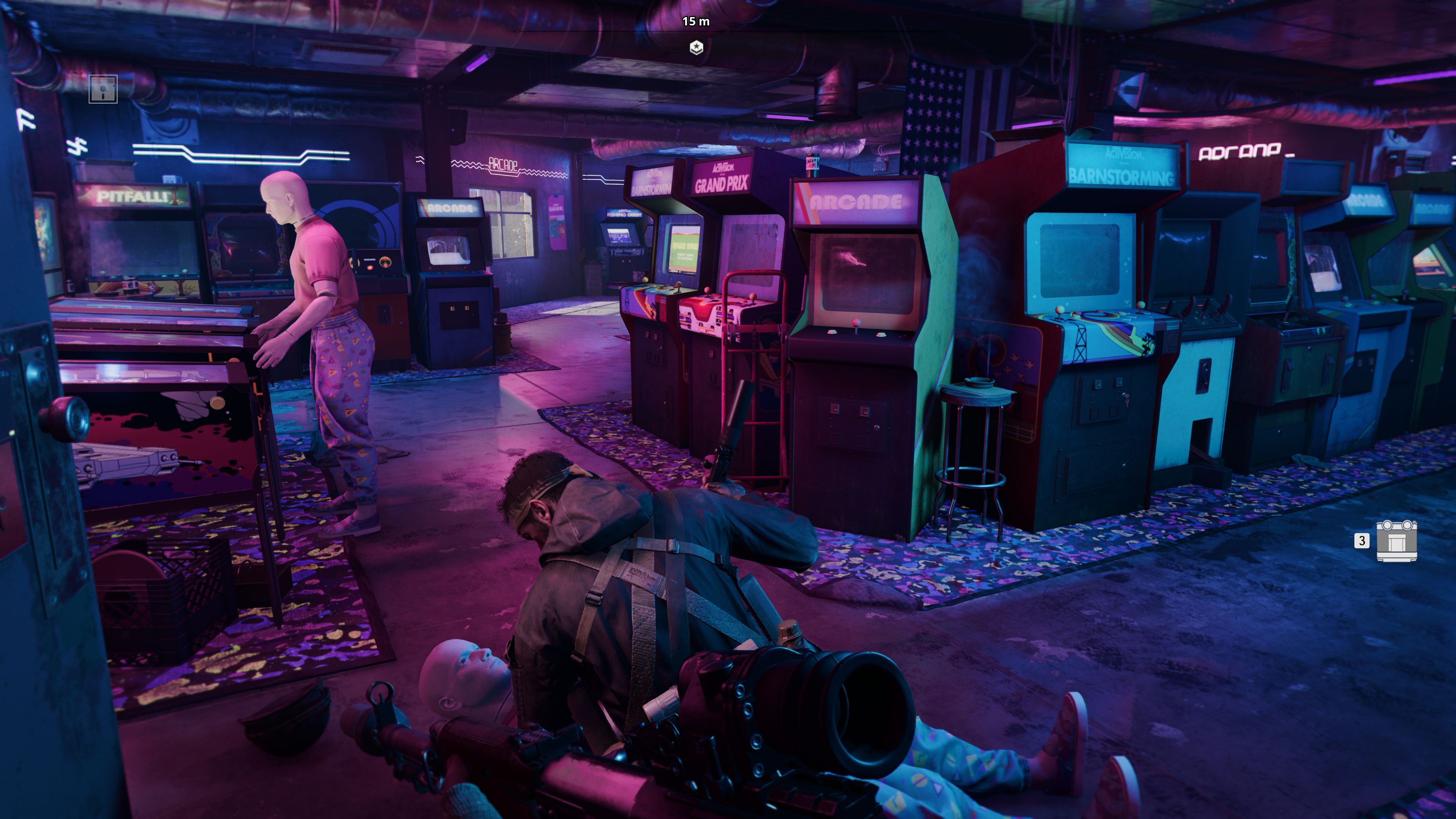 The campaign is equal parts inspired by Le-Carre-esque spy-fiction and eighties action movies. It kicks off with a double-barrelled mission, starting with a rooftop-chase across East-Berlin before cutting to an assault on an airfield involving both a car chase and an exploding RC-car. It’s all very Black Ops, gung-ho and self-serious while also being plainly ridiculous.
After this, however, the campaign becomes more experimental, sneaking in RPG elements to the staunchly linear shooting. It introduces a new playable character codenamed “Bell”. Alongside letting you customise their name and gender, you can also give them personality-based perks like extra explosives or a reduction in damage-twitch (very helpful if, like me, you get shot a lot). 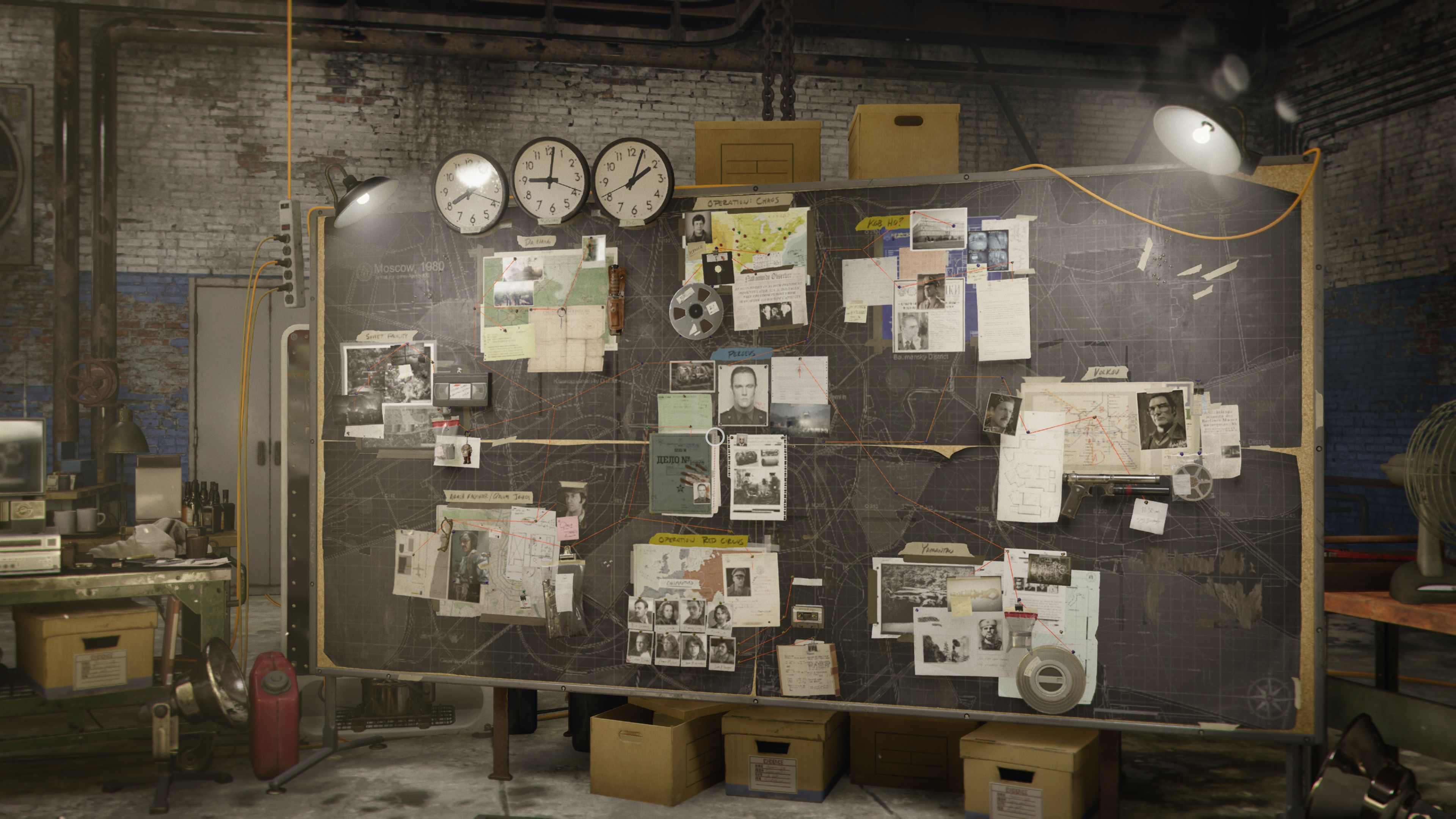 After this, the game introduces you to the saferoom, where you can chat with your fellow team-mates in branching-dialogue sequences, and choose between missions via the “mission board”, covered in documents and red strings like the Pepe Silvia meme. This includes side-missions, which required you to gather “evidence” in main missions and solve some basic puzzles before they can be completed.
The individual missions squeeze an impressive amount of variety from the Cold War setting. An early level sees you return to East Berlin, using stealth and period-accurate spy gadgets to trace another close affiliate of Perseus. It’s proper spy games stuff, nailing the feel of Cold War espionage. Arguably the best level is set in the Kremlin itself, themed around a daring raid that’s told from multiple perspectives and has a semi open-structure. 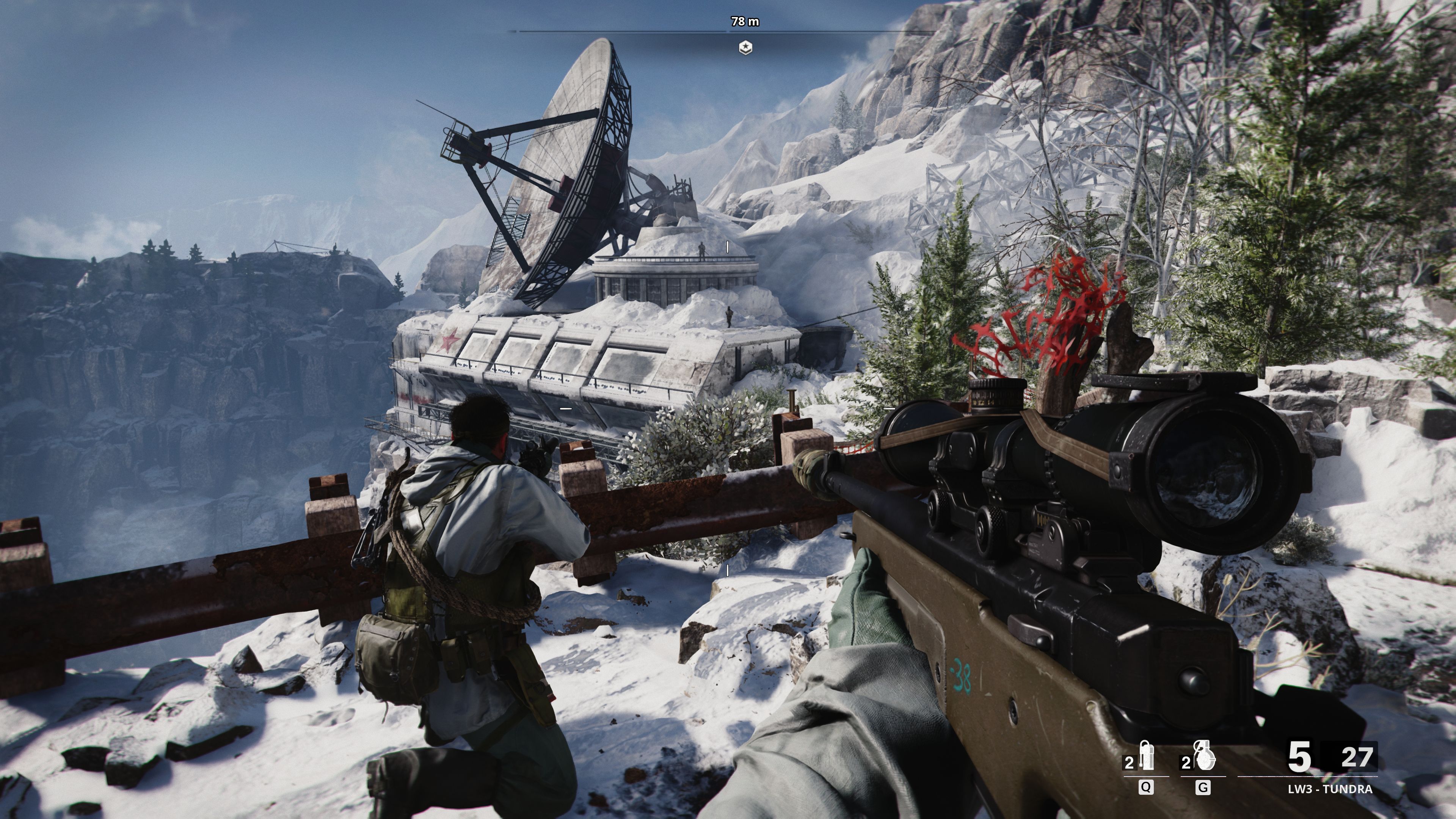 Not all the levels are so interesting. The early ‘Vietnam flashback’ mission is routine by CoD standards. But even when the game reverts to traditional gunplay, it can still surprise. One level is set in a sprawling Spetznatz training facility designed to look like a standard American town. It’s a surreal and clever mission with lots of little twists, and wonderful pacing that starts slow and gradually ramps up the action to a thrilling climax.
The campaign clearly strives to be different from your usual CoD fare. Unfortunately, it doesn’t go far enough. Most of its less typical systems, the stealth, the dialogue trees, the bizarre lockpicking minigame, are little more than window dressing. Ultimately, it always reverts back to being a shooting gallery, one that feels tired and hackneyed after games like Doom Eternal. Also, while there are standout moments, the campaign’s broader arc feels short and choppy, like the developers intended for it to be longer but ran out of either time or resources. 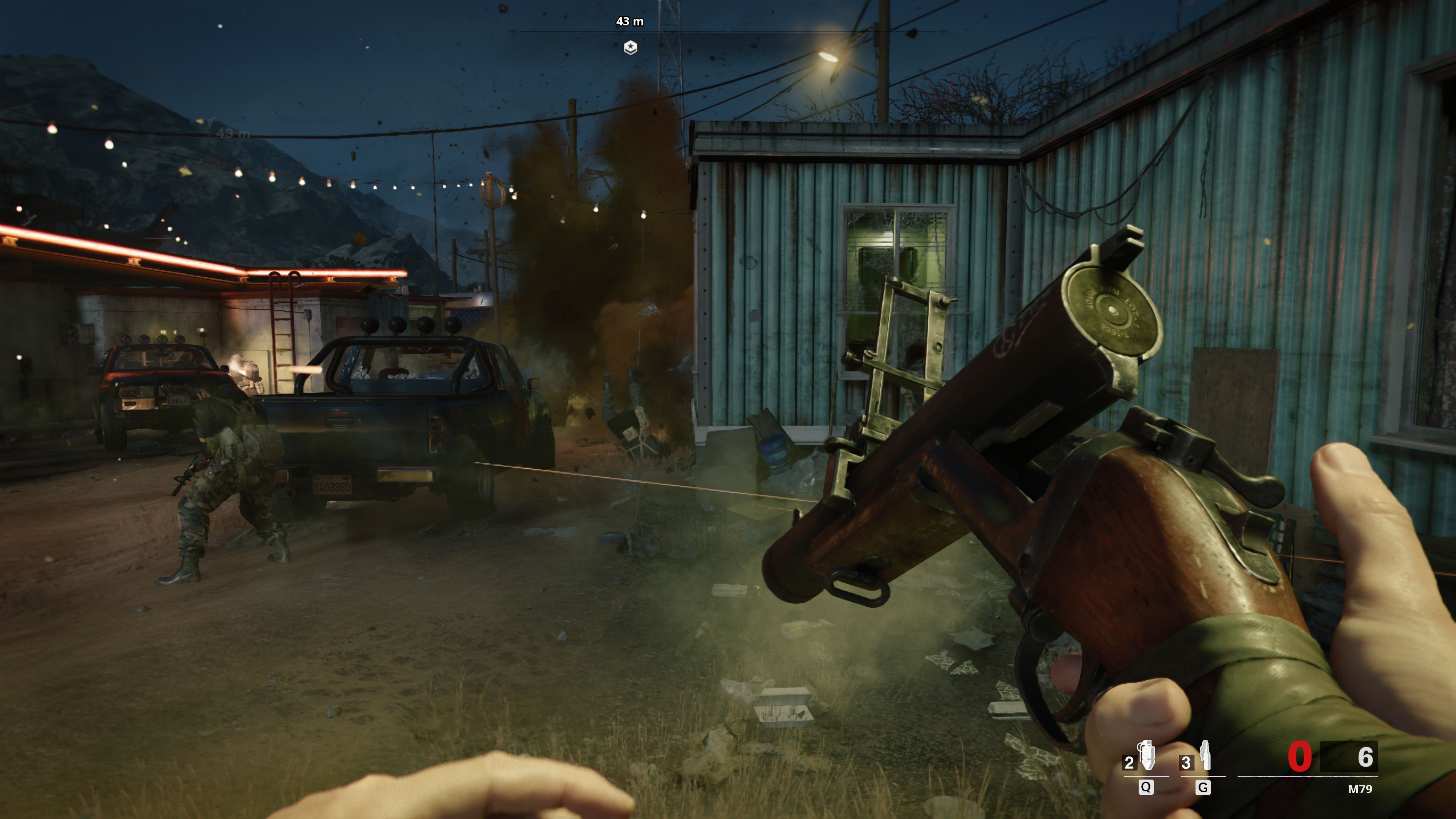 Still, I enjoyed the campaign, which is more than I can say for the multiplayer. After the superb offering by Modern Warfare, Black Ops’ multiplayer is a step backward. Part of the problem lies with the setting. Throwing the timeline back forty years means much of the gadgetry and more advanced weapons of the modern era are unavailable. There are only a handful of scopes, and you don’t get more interesting equipment like heartbeat sensors. The weapons generally don’t feel as good either, lacking the weight and punch of Modern Warfare’s formidable arsenal.
As well as being less satisfying, the multiplayer is also more chaotic. Cold War reintroduces ScoreStreaks, which are like Killstreaks only they don’t reset when you get killed. In principle I like this idea, as it means players who don’t have a laser-guided wrist can still deploy a cool power once or twice in a game. In practice, however, it means the game is constantly being bombarded by choppers and airstrikes and so on. 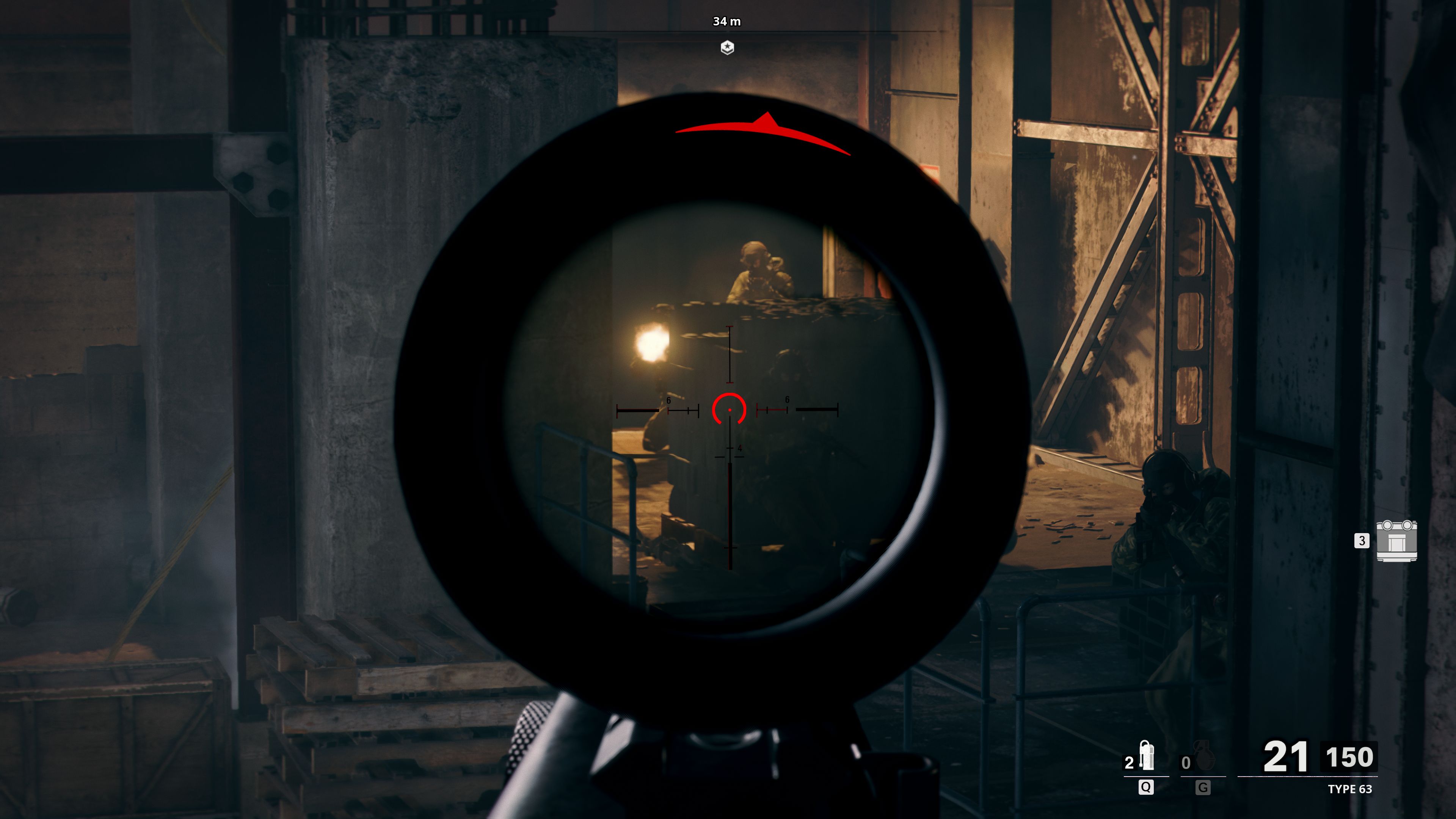 It isn’t all bad news. The re-introduction of Wildcards is a smart move. Enabling you to essentially break one of the multiplayers core rules, Wildcards let you do things like equip a second primary weapon or attach a shedload of extra gizmos to your current one. Zombies mode is a good laugh too. It’s isn’t special, but there’s nothing fundamentally wrong with it either.
Despite this, there’s simply not enough here to justify a fresh purchase over either Modern Warfare or Warzone. The latter is a particular problem for Cold War. It’s by far the most interesting of Call of Duty’s multiplayer options, and it’s also completely free. Choosing between that and a campaign that’s interesting but undercooked, and a multiplayer that offers little that’s new, isn’t much of a choice at all. 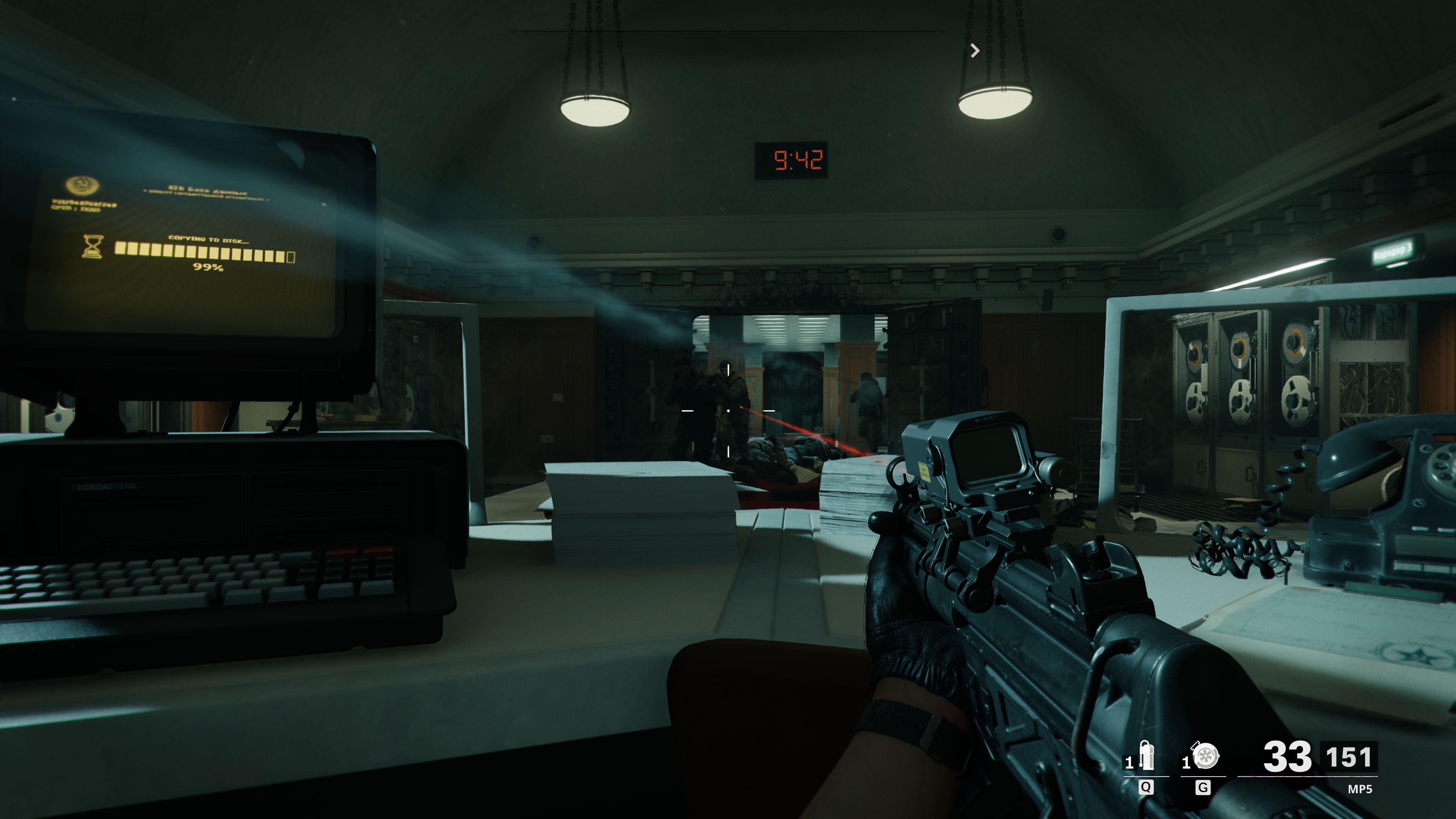 It's a shame, in a way, as with more time and a touch more ambition, Cold War could have been really special. Nonetheless, I’m interested to see what happens in the wake of Cold War. With Call of Duty effectively competing against itself now, will the success of Warzone push future Call of Dutys out of their three-act comfort zone? I’d love to see a larger, more dynamic singleplayer that goes beyond the globe-trotting linearity that has defined the series up to this point, or a multiplayer that plays with bigger maps in more interesting ways.