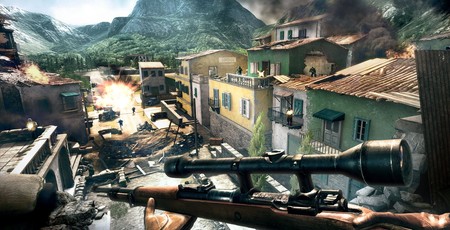 I’ve played a fair number of VR shooters at this point, such as Espire 1 and Medal of Honor: Above and Beyond, and they all share one thing in common, the sniping always sucks. This isn’t because they are bad games (although neither of the above examples are great), it’s because making VR sniping work is really hard. Holding a two-handed weapon in VR is difficult enough. Holding a virtual scope up to your eye, when said eye is encased in several inches of reinforced plastic, is a wholly unnatural action that’s very challenging to make enjoyable.

So Rebellion and Just Add Water deserve credit for making VR sniping not simply work, but actually fun to play. While for the most part Sniper Elite VR is a fair to middling shooter with some finicky VR idiosyncrasies, when it comes to popping Nazi braincases through a scope, the game is pretty much exactly what I hoped it would be. 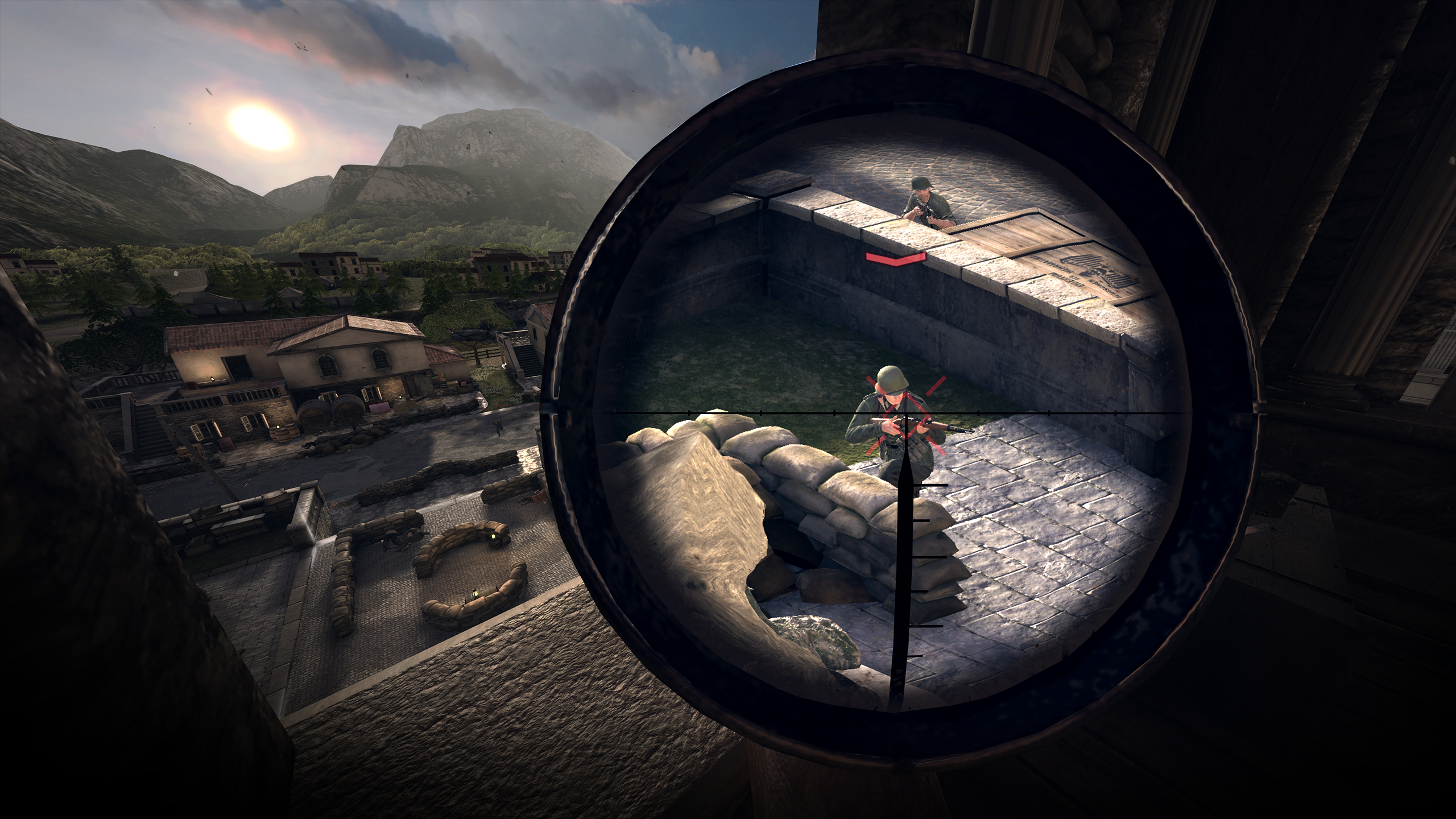 In a slight departure for the series, Sniper Elite VR doesn’t see you play as all American hero Karl Fairburne. Instead, you assume the role of an Italian resistance fighter battling to liberate Sicily from the grip of the Nazis. The story begins long after the war’s end, with your character sat outside his rural family home as an elderly man. Via an interactive “diary” that also acts as a mission-select screen, he reminisces about his time in the war as a sniper, helping to stick one thumb (and dozens of bullets) in the eye of the Third Reich.

The game comprises 18 short missions, of which there are two main categories. There are “tower-defence” style missions where you must keep the enemy at bay with your sniper rifle from an elevated position, and there are “Infiltration” style missions that more closely resemble a traditional FPS in structure. Here, you skulk through various Nazi facilities, battling the enemy with your sniper rifle and various other weapons. 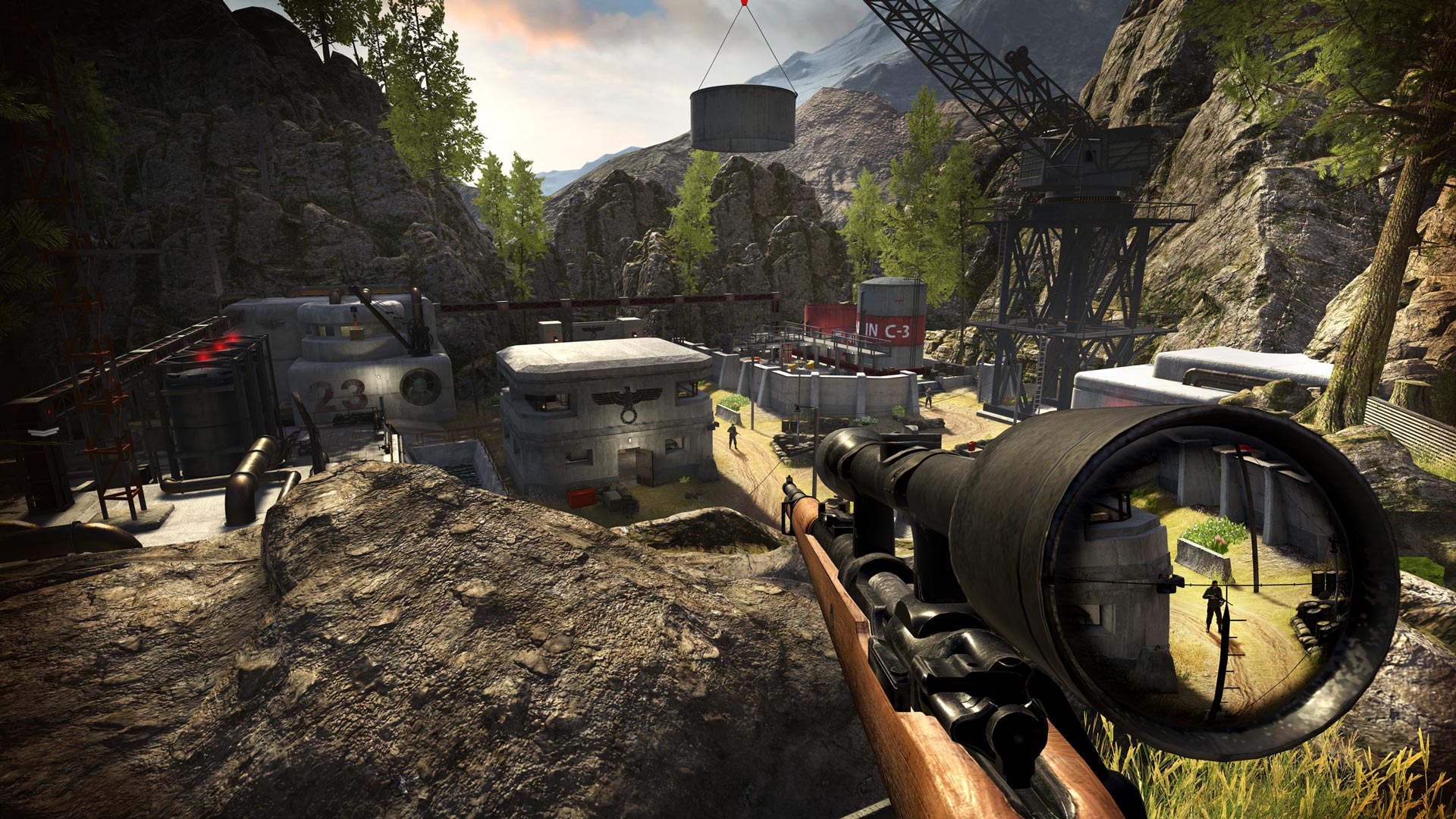 In either case, your sniper rifle will remain your primary weapon throughout the game, because it’s by far the most fun way to play. Raising the rifle to your eye will automatically switch you to “scope” mode, reducing your vision to the narrow circle of your telescopic sight. If you like, you can shoot enemies in this standard mode. But squeezing the left trigger of your touch controls activates “Focus” mode, wherein the scope zooms farther in, time slows to a crawl, and a red reticule appears that shows you where your shot will land.

It’s a well thought out system that encourages you to take your time, lining up the perfect shot rather than hurrying to kill enemies as quickly as you can. Other design elements contribute to this push toward killing with precision. The series’ X-Ray cameras make a VR-enhanced appearance, letting you watch your bullets tear through Nazi skeletons and organs in stereoscopic 3D. There’s also a dynamic scoring system that ranks your shots according to various criteria, such as distance and the part of the body you hit.

All this makes the sniping highly engaging, as it is in the mainline series. But does the switch to VR contribute anything to the experience? To an extent, yes. Primarily, it adds the tactility of weapon handling. Being able to physically aim the weapon yourself, to identify a target with your eyes and then bring the rifle to your shoulder, feels more natural than doing the same action with traditional gaming control schemes. Moreover, nearly all the rifles featured in the game are bolt-action affairs, meaning you have to manually chamber a new round with every shot. This lends a thrilling rhythm to combat, as you aim, shoot, chamber, then aim again, all while popping in and out of cover as Wehrmacht soldiers pelt your location with bullets. 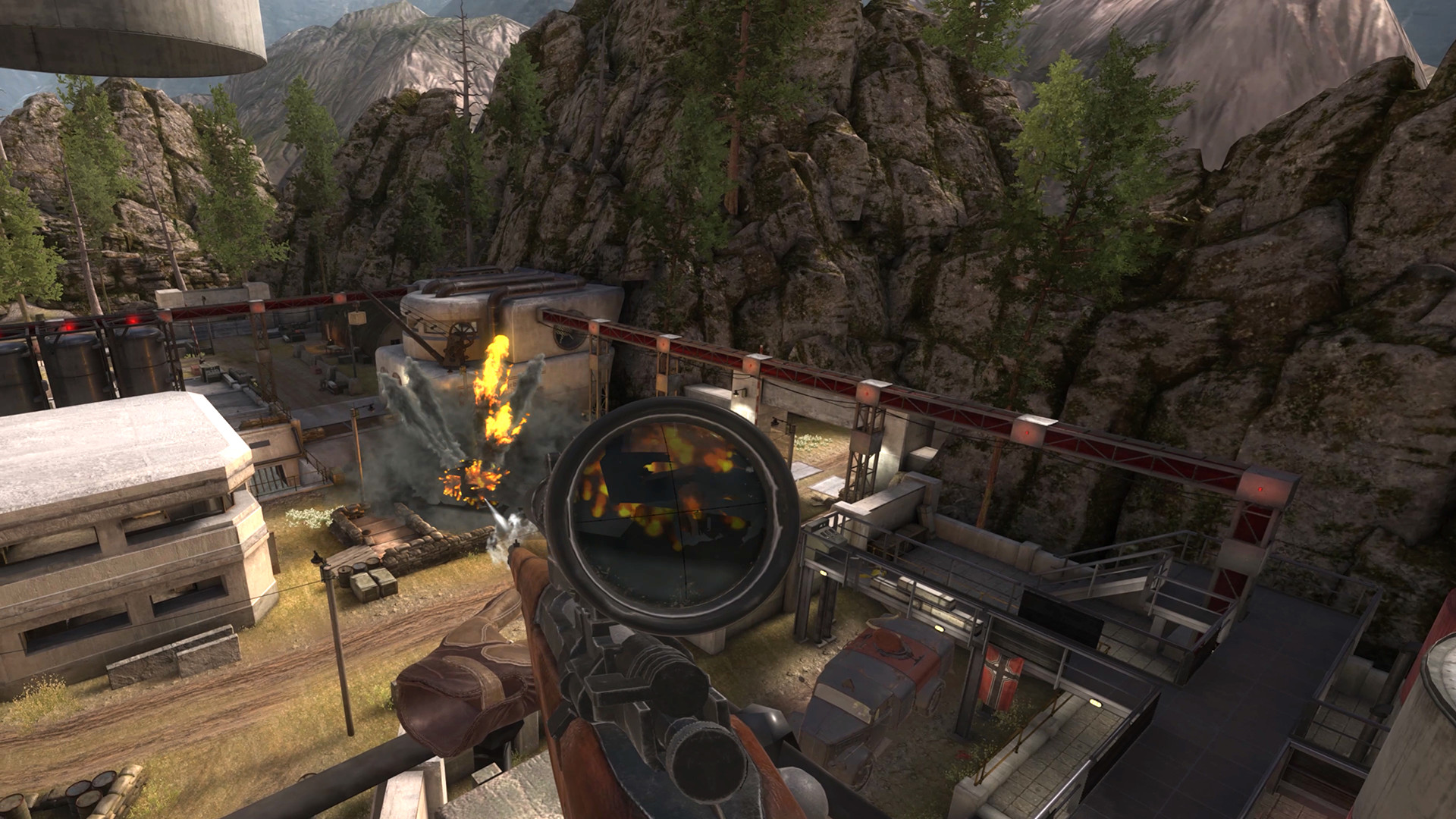 Yet while the sniping is enjoyable, it isn’t free of issues. It’s quite easy to “lose” your sights while in scope mode, resulting in you basically looking at a black screen. More generally, weapon and equipment handling can be rather clumsy. Weapon handholds are overly specific, which makes manually picking up weapons difficult. It’s easier to “flick” them into your hands Half-Life Alyx style, but this only works when you’re stood a certain distance away. Meanwhile, your on-body inventory is extremely crowded, making switching weapons a fiddly process.

Beyond sniping, Sniper Elite VR is an unremarkable WWII shooter. For close-quarters combat, you can switch to a variety of weapons, including a brace of pistols, a couple of shotguns, and various era-accurate submachineguns like the British Sten and the MP40. There’s nothing exactly wrong with general combat. Weapons are easy to handle and feel good to shoot, although enemies have that annoying VR tendency to drop straight down to the ground when killed, like a puppet with its strings cut. But the experience is also nothing we haven’t seen in a dozen WWII shooters before. 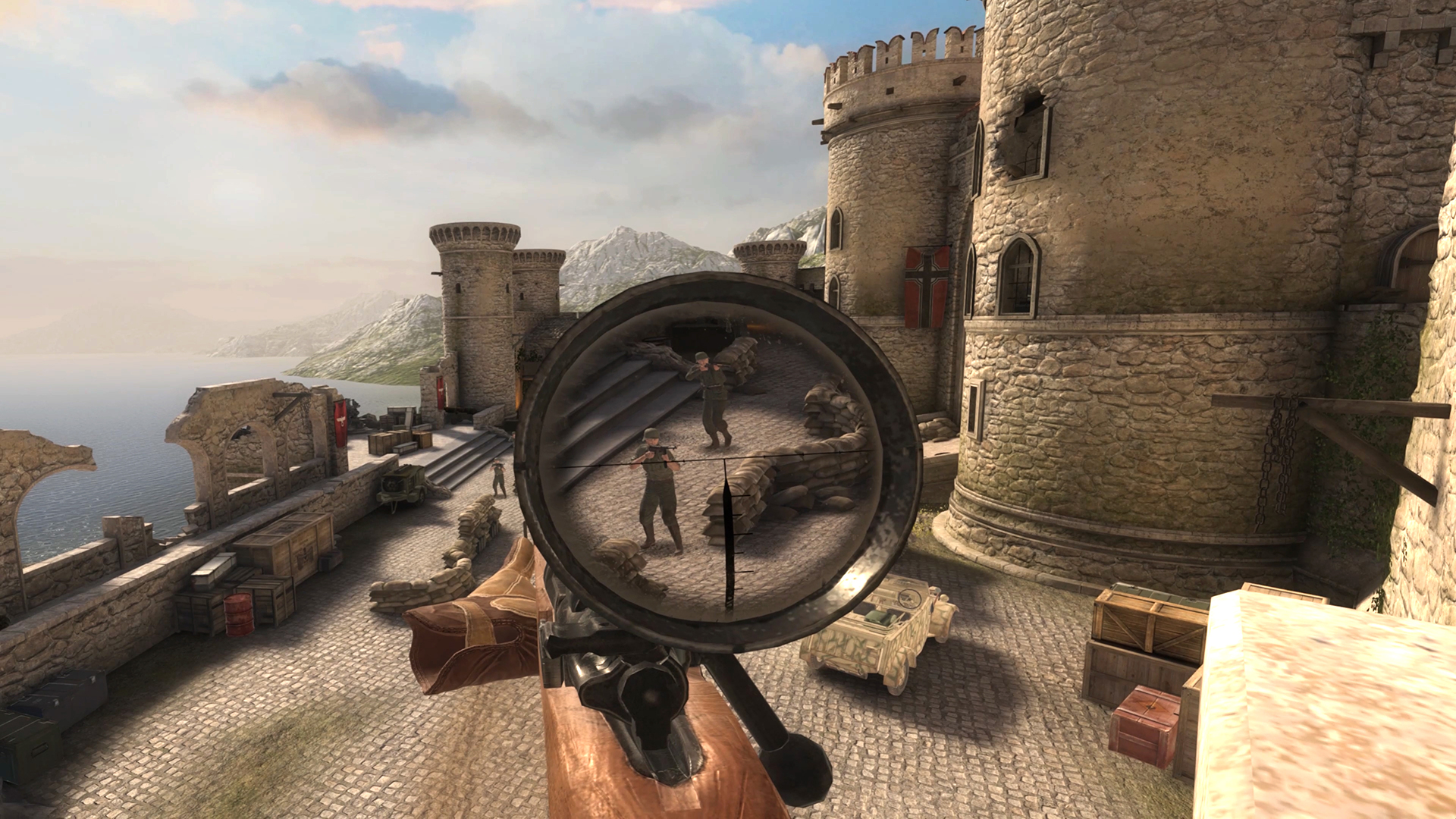 My one major gripe with Sniper Elite VR’s design is that it doesn’t always compensate for the more cumbersome nature of VR gaming. Enemies will quickly wipe you out in close range combat, which means you really must be quick on the trigger to prevent yourself from becoming overwhelmed. Meanwhile, some tower defence missions can be brutally difficult. Many of these involve defending an outlined zone that can be captured by the enemy. But it only takes a couple of seconds for them to capture it, and it’s easy to miss a Wehrmacht soldier slipping into the control zone while you’re occupied sniping his buddies. Again, this means you need to be extremely fast on the trigger, which is antithetical to how sniping actually works.

Sniper Elite VR is not the slickest Virtual Reality title around, and has its fair share of irksome idiosyncrasies. But it is still the best sniping experience currently available in VR. It provides a detailed enough simulation of popping Nazi skulls, and doesn’t let too much else get in the way of that.