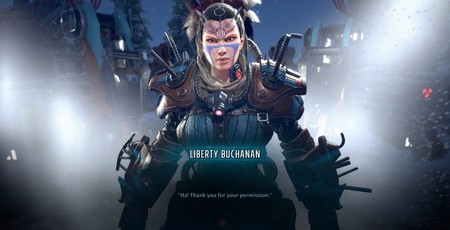 Wasteland 3 makes me feel like an ingrate. Here you have a huge, sumptuous, highly detailed CRPG – the kind that I would have given my right foot for ten years ago, from one of the most venerable RPG developers around. It’s well written, the combat is decent, the quests are imaginative. The whole package comes across as a carefully and thoughtfully made product. And yet, I find myself struggling to garner much enthusiasm for it. At first, I thought it was me. I can’t deny I’ve become weary of the whole “post-apocalypse” setting. Gliding toward Pandemic: Season 2 with climate catastrophe waving at us on the horizon hasn’t helped. Then I asked myself “What makes Wasteland 3 special? What does it do that differentiates it from all the other big RPGs, all the other apocalypses”.

After about five minutes, my brain responded with a dial-tone, at which point I had my answer. This isn’t to say Wasteland 3 doesn’t try. Oh boy does it try. It positively jumps up and down in front of you, clown makeup smeared across its face and genitals on full display, as it shows off how full-on ker-azy it is. But the act has an air of mid-life crisis about it, shooting in all directions as it strives to be anything but the old hat it ultimately is. Less Apocalypse Now and more Apocalypse Snow, Wasteland 3 switches out the arid plains of Arizona for the frozen mountains of Colorado. The story still centres around the Desert Rangers, who have been forced into this unlikely landscape because they nuked their own base at the end of the last game. Times since have been tough for the Rangers. So tough, in fact, that they’ve accepted a deal from Colorado’s current dictator Saul Buchanan, more commonly known as the Patriarch. Buchanan wants the Rangers to find his three children scattered throughout Colorado, and bring them back alive and in one piece. In exchange, he’ll provide the Rangers with all the resources they need to continue their operation.

There are two problems with this mission. First, Buchanan’s children don’t want to be found, because the Patriarch is, to put it mildly, a massive arsehole. Worse, the children are equally massive arseholes, and all either leading or part of other hostile factions who want the Patriarch dead. In other words, it’s going to be a little trickier than picking the kids up from school. I appreciate the clarity Wasteland 3 provides you with early on. Many RPGs have you wandering around for hours before you understand what you’re supposed to be doing. This is a general improvement over Wasteland 2. Everything is slicker and more immediately engaging than its predecessor. The UI is smart and efficient, and everything has a more palpable sense of presence. The best example of this is probably the world map, which despite being essentially a glorified fast-travel screen, effectively communicates the feeling of your Kodiak APC crawler ploughing through Colorado’s snowy wilderness.

It’s also important to stress that this immediacy does not come at the cost of scope. While you know your ultimate objectives within the first hour, achieving them is going to take anywhere between 30 and 50 hours of your time. Between you and the Patriarch’s three children are a whole host of other factions, people in need, and generally weird situations that you’ll need to either talk or fight your way out of. Perhaps the best exemplar of this is the quest involving the Gippers, a cult of Ronald Reagan fanatics who worship a giant statue of the eighties’ US President controlled by an AI construct of him. The next part probably counts as a spoiler, so skip this paragraph and the next one if you don’t want too many specifics. Anyway, the Gippers have an agreement with Valor, the Patriarch’s youngest son, to protect him so long as he helps keep the Reagan AI running. But they’ll hand Valor over to you if you help them transplant the Reagan AI into a human body. To do this, you need to retrieve a special device from a nearby commune of socialist, free-loving robots and bring it to the Gippers.

There are multiple ways to solve this problem. You can do what the Gippers ask, and head over to the robot commune to retrieve the device (either guns blazing or via a more diplomatic approach). Alternatively, you could tell them where to go and take Valor by force, killing the Gippers in the process. You could do neither, instead enlisting another group of religious fanatics called the Godfishers to kill the Gippers for you. Even if you opt for the first approach, there are several different ways to utilise the device to get what you need. In this way, Wasteland 3’s quest lines are knotty, open-ended, and intriguing. Yet for a game that includes amongst its factions a gang of psychotic clowns and a cartel of avid monster-movie fans, it also feels oddly formulaic. I think the problem has to do with the game’s writing, or more specifically its characterisation. The script is witty and sharp, but at no point did I ever feel particularly attached to the characters it depicts. Your own character (or characters, as you create two of them) are basically empty shells with little personality of their own, and while the game sports a few decent NPC companions, they don’t come close to the level of say, Original Sin 2. Hence, there isn’t anywhere for Wasteland to hang its emotional hat, so while it’s fun to watch the consequences of your many choices spiral out, you don’t feel emotionally invested in what’s going on.

Combat suffers from a similar problem. Wasteland 3’s combat system is much improved over the clunky iteration in Wasteland 2, feeling much closer to X-COM in terms of responsiveness. There’s also a much wider array of weapons and equipment, from your familiar assault rifles and shotguns, to laser pistols and even mind-control devices. Some battles also bring in your Kodiak, which can pulverise enemies with its massive mounted weapon. All told, it’s a decent system, perfectly workable and relatively enjoyable. But it still feels like it lacks something to make me care about the combat. Part of the problem is there are too many small to middling fights, and because Wasteland’s combat doesn’t resolve very quickly, they tend to slow the game down. Moreover, there’s nothing in Wasteland’s combat system that isn’t done better elsewhere. It lacks the creative horror of X-COM, or the stunning spectacle of Gears Tactics.

If Wasteland 3 cost £30, I’d say it’s a perfectly acceptable game at that price and slap a recommended sticker at the bottom of this review. But since the game’s currently priced at an eye-watering £55 on Steam, I have to ask what exactly you’re paying for. The answer to that is more of the same. Slicker, more refined, and generally better thought out, but nothing that you haven’t seen before.