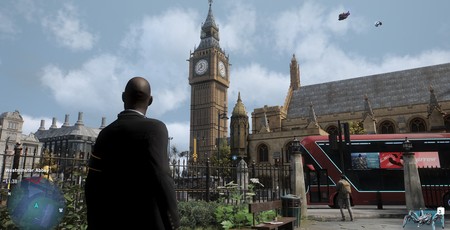 Watch Dogs: Legion is the kind of thoroughly enjoyable “seven out of ten” game that developers simply don’t make anymore. A largely familiar open-world offering, it puts all its eggs into one specific, ridiculously ambitious basket that ultimately doesn’t work as well as I hoped, but l still had an enormous amount of fun watching it try. Taking Watch Dogs’ hacktivist action out of America for the first time, Legion is set in a post-Brexit imagining of London. Despite being the springboard for the game’s world, Brexit itself isn’t touched upon that much. Instead, the game’s primary narrative focus is a security company called Albion, who in the wake of Brexit-induced civil and economic unrest, swooped in and turned a private policing contract into a naked power-grab. Albion has supplanted Parliament, subjugated the Met, and basically transformed London into a modern East Berlin.

All that stands between Albion and total domination is DedSec. Unfortunately, the start of the game sees DedSec losing its battle with Albion, who successfully frames the whitehat hackers for a series of orchestrated terrorist attacks upon key London institutions. With most of its agents either dead, captured, or in hiding, DedSec turns to the everyday people of London for new recruits. If you’ve heard anything about Watch Dogs Legion, it’ll be the fact that the game lets you play as any citizen in London. While it isn’t quite that straightforward, the statement itself is 100% true. Walk up to any person wandering around London, and so long as they don’t dislike DedSec, you can press E on them to start a ‘Recruitment’ mission, a one- or two-step process that usually involves sneaking into one of Albion’s many secure complexes and either hacking, stealing, or killing something. Completing the mission will let you recruit that individual to DedSec and play as them.

From a systems perspective, switching the camera from one character model to another is not that difficult. What makes Legion’s mechanic interesting is how the game attempts to make good on this feature while also supporting a traditional open-world game. For example, all cutscenes are fully voiced and acted regardless of which character you’re playing as. You could be a cockney doctor, a construction worker with a central African heritage, an Irish Spy, a Romanian hitman. The game has dialogue in place for all these parameters. While it’s occasionally obvious when the game uses a stock phrase, as a challenge in narrative design Legion is enormously ambitious, and I appreciated Ubisoft’s commitment to making the story play as seamlessly as possible. During play, what matters about Legion’s “recruit everyone” concept is that each person in the world has their own traits, abilities, and equipment. Most of London’s citizens will have one or two distinguishing features. They might have access to a car, or a melee weapon, or a gun (the streets of London have an unlikely number of heavy machine-guns being toted around). They might be particularly tough, or fit, or business savvy. Their pros might also come with cons, such as being slow or flatulent or even doomed to die at any given moment.

It’s an impressive thing to watch in motion. The reality, however, is that you probably won’t interact with most of these NPCs. Instead, you’ll home in on individuals with more specific professions and therefore more specific abilities. Doctors, for example, can infiltrate hospitals without being detected, while Drone Operators can fly around special “Shock Drones” that knock guards unconscious with a zap of electricity. My favourite citizen type is the humble construction worker. Not only do they get a wrench and a nail gun to use in combat, they can also call in a “Construction Drone”, basically a flying platform you can stand on and use to access the city’s higher floors and rooftops. In theory, these more specified NPCs undermine the “play as anyone” premise. In practice, however, sorting the wheat from the chaff is a core part of what makes Legion enjoyable. An early story mission requires you to infiltrate New Scotland Yard. Rather than try to sneak in with my hacker, I decided to recruit a policeman to DedSec. Most policemen dislike DedSec by default and can’t be recruited without “Deep Profiling”, which essentially means you have to do a side mission before the main recruitment mission. It took me about an hour to follow this tangent, but when I’d finished it, it meant I could walk through the security detectors with my recruited policeman, and wander around the Station with minimal interference.

When it works, Legion is one of the most enjoyable spy games ever made. There’s even a James Bond-style spy character you can unlock, complete with silenced pistol, missile launching car, and weapon-disabling watch. With these abilities added to the hacking mechanics from previous Watch Dogs games, such as electronics manipulation and remote-controlled drones, Legion is the closest the industry has come to a proper James Bond games since GoldenEye. Unfortunately, the hacking mechanics the game is so reliant on also undermine the core “Play as anyone” premise. Although you *can* play as anyone, you really don’t have to. Despite having access to all these weird and wonderful characters, most of my time was spent in control of a scuttling spider drone, a gadget that any character can wield, can hack systems and take out guards like a human, and also means you don’t have to put your agents in danger by using it.

There are other issues too. On default difficulty, the game is far too easy, with the exception of one specific recruitment mission involving stealing a van that culminates in a ridiculously hard wave-survival sequence. There’s also no reason to recruit any citizens with negative traits beyond novelty value. The game would work better if negative traits were universal, or were hidden until you recruited a citizen. Finally, despite the impressive narrative design, the story itself is a bit of a nonentity. The script is all wit and no substance, packing in so many one-liners that they start to blur together. The story is also generally patchy, partly thanks to a lack of core characters to wrap itself around.

That said, there are some fantastic individual moments. A mission that involves investigating an interrogation camp beneath Battersea Power Station hit harder than I expected, while another where you infiltrate the home of Britain’s equivalent of Steve Jobs has a deeply disturbing twist. Ubisoft’s representation of Britain under the thumb is also better than I expected. While Albion’s dystopia isn’t exactly subtle, Legion does a good job of showing how an oppressive and discriminatory society can become normalised, with most people carrying on as normal while atrocities are happening in plain sight. In the end, I think Legion suffers from being attached to the Watch Dogs license. The whole Legion concept is fantastic when it works, but it deserves its own game to properly explore those ideas and let them percolate, rather than being draped over the top of an existing game that doesn’t actually need them. If you’re willing to meet Legion halfway, you’ll probably have a fantastic time. If you expect it to pull you in, however, you might find yourself wondering what all the fuss is about.