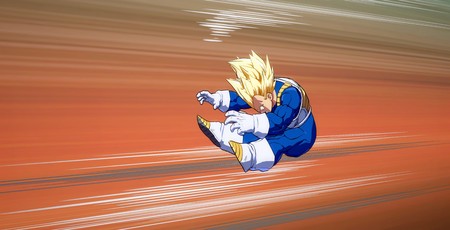 Dragon Ball FighterZ is completely bonkers, a fighting game that pours all of the ridiculousness of anime series Dragon Ball Z into a 2D fighter.

I think it's important to note that I haven't watched any Dragon Ball Z since I was a malcontent teenager, and so I write this review as a man who likes punching, not as a man who likes Dragon Ball, although I'm not immune to the spiky-haired charms of the show's weird cast of characters. 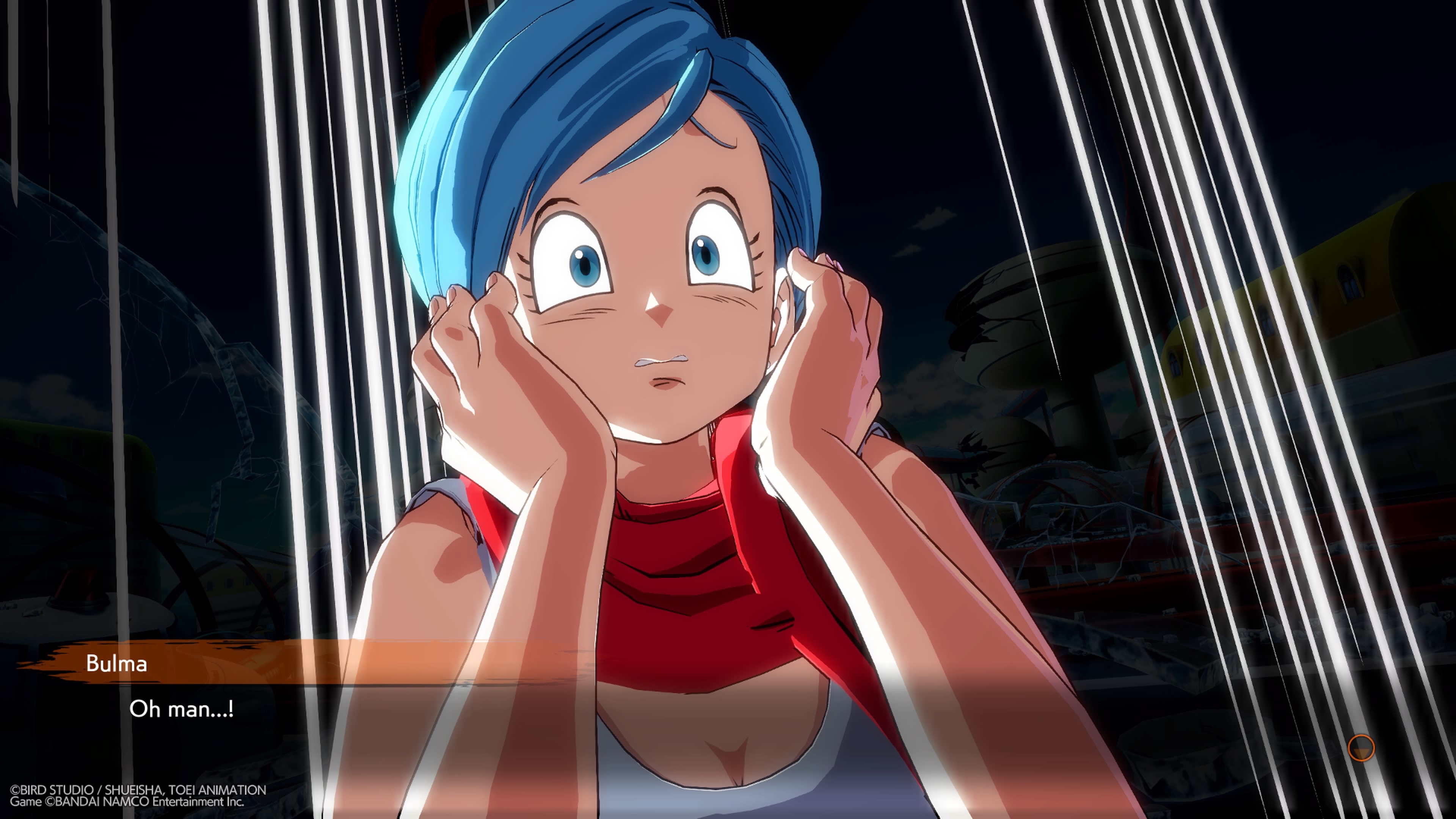 Now, if you're not a fan of the Dragon Ball Z anime and manga you're going to be rapidly lost, adrift in a world of Super Saiyan's, androids, and honestly just a mass of combatants from all around the galaxy. The story mode says a lot but shows very little about how this world ties together before people start whacking each other in the face. There are few touchstones in the story mode for non-fans to appreciate, but there's a zany fun here that's actually quite enjoyable, with a storyline that has clones of the classic heroes running amok.

Unfortunately, the long cutscenes and the fact that you only fight cloned versions of a small selection of the game's roster means that the story mode of the game becomes quickly repetitive. There are three arcs, which are essentially one storyline told from several different viewpoints. You move through the campaign by plodding from point to point on a map, with several of these points delivering a fight. Until the later stages, this campaign is easy, but it serves as a tutorial in many places. 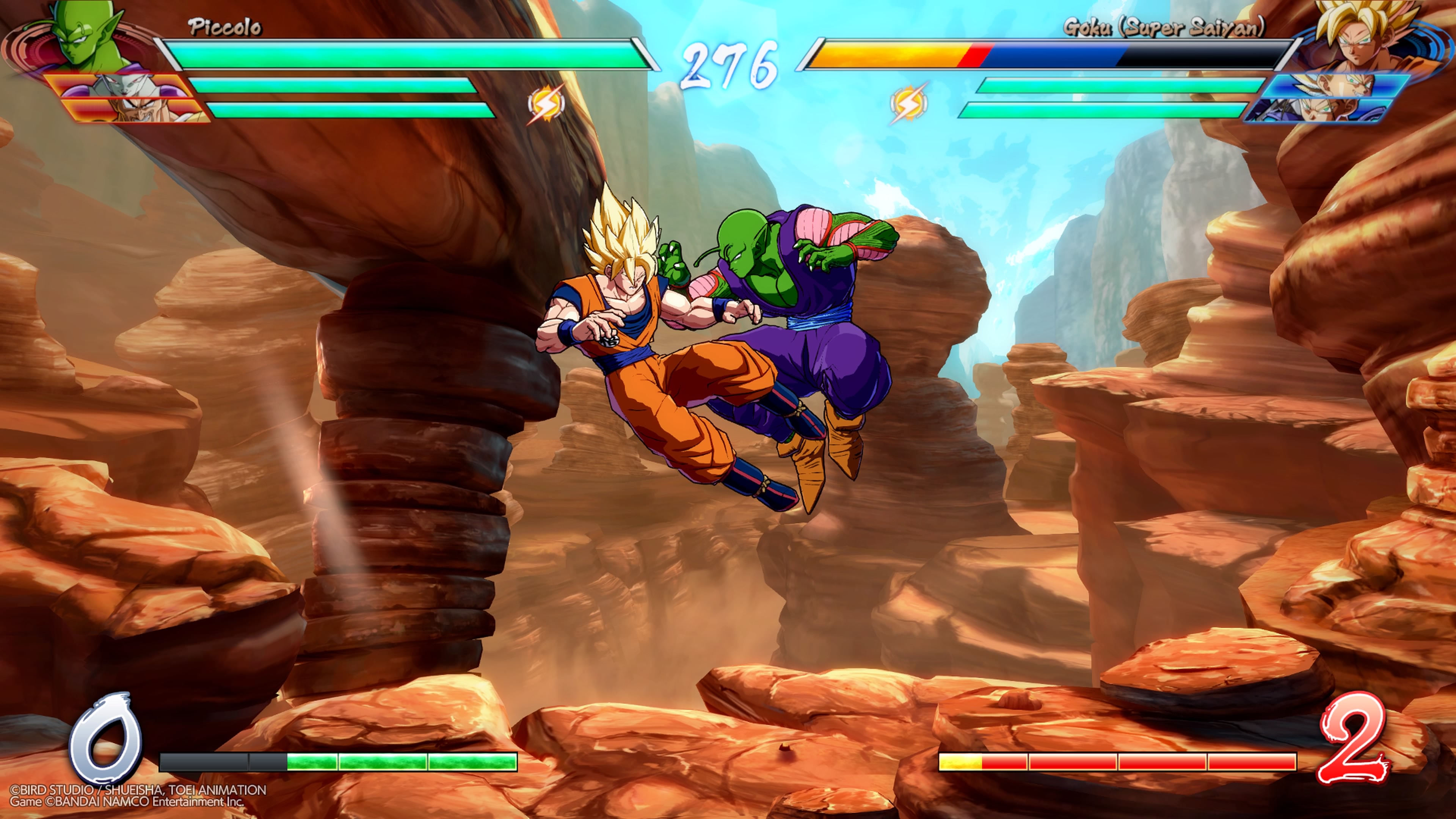 You don't need to be a Dragon Ball fan to appreciate the work, but fans will appreciate developer Arc System Works' talents when they see the game in motion. The game's 3D art looks like 2D cel animation, and the game's artists have a strong idea of how Dragon Ball's world should look. Characters look the part, while the screen is washed out constantly with explosions of colour and special effect. There's an option to choose between Japanese and English voice acting, and it's truly impressive to look at. It's stunning even if you're not a fan, but if you're invested, the technical achievement is impressive.

This universe informs the fighting too: Characters toss around balls of energy and explode into motion, tearing across the screen in a flash of energy. Flurries of brutal attacks are easy to pull off with simple combinations, with characters hollering at the top of their lungs as they deliver punches that could tear down walls into unaware opponents. Every fighter here is incredibly skilled, and getting hold of that power here is often just a matter of bashing a few buttons. 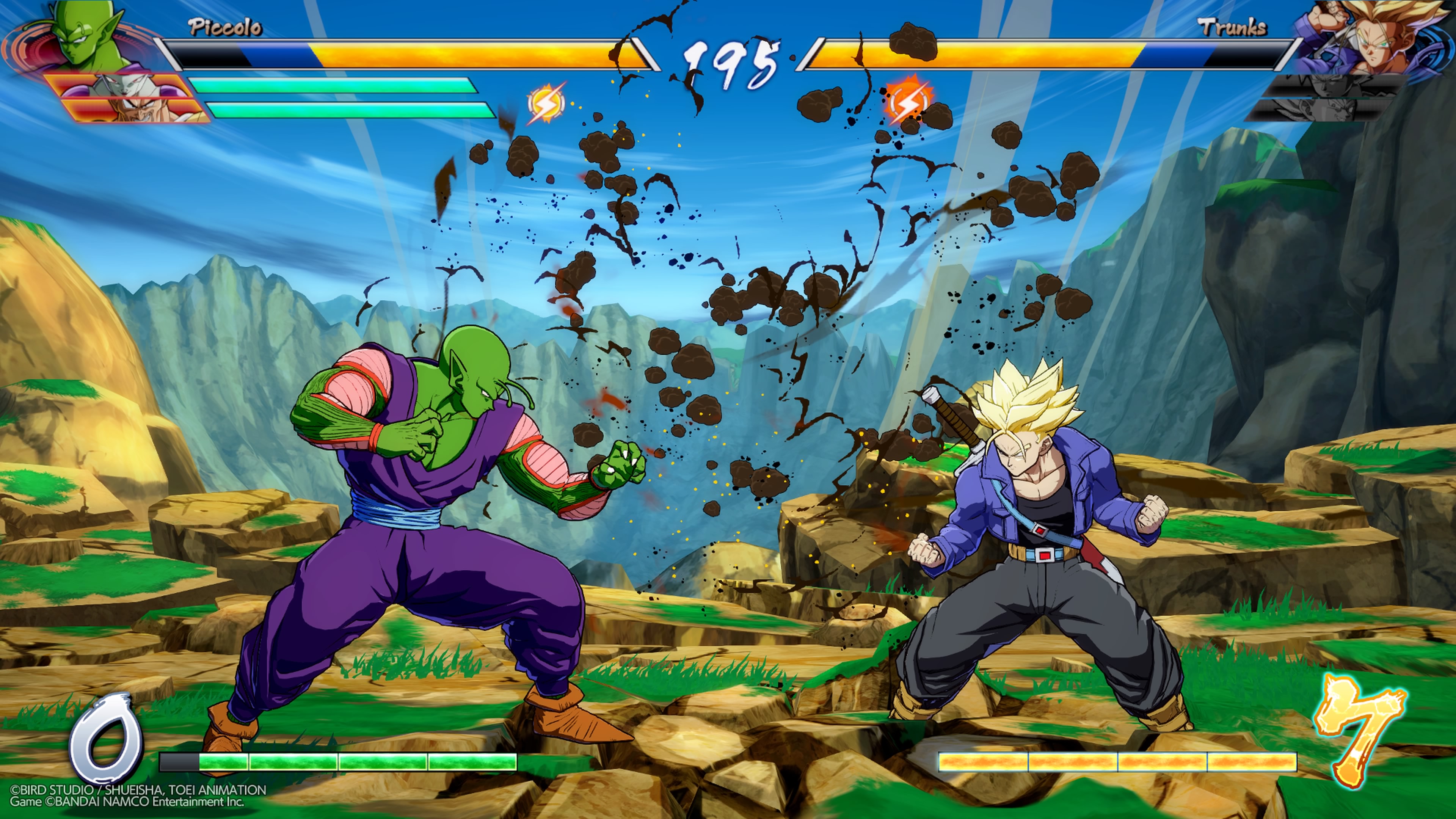 As a result, the fighting in the game is explosive and intense. Fights are fast-paced affairs, three-on-three tag team battles full of light and fury. Pulling off moves is easy, but there's still a lot of depth. Most of your special abilities are set up with a single bar, which has seven levels of charge to be used for defence and offence, and as a result it's hard to read what your opponent might be doing, and it also offers up plenty of options for the fighter looking to surprise his enemies. The difficulty and depth in the game doesn't come from pulling off the super moves, but in nailing the timing to set up seemingly impossible combos.

This means that at a low level beginners can play and have fun, but there's depth here which I think will see pro players achieve some seemingly impossible plays as people get to grips with the movesets and what is possible. This is important for the game to build a community in a competitive genre, because unlike many titles, a fighting game's survival is primarily reliant on people playing it online and appearances at fighting game tournaments. 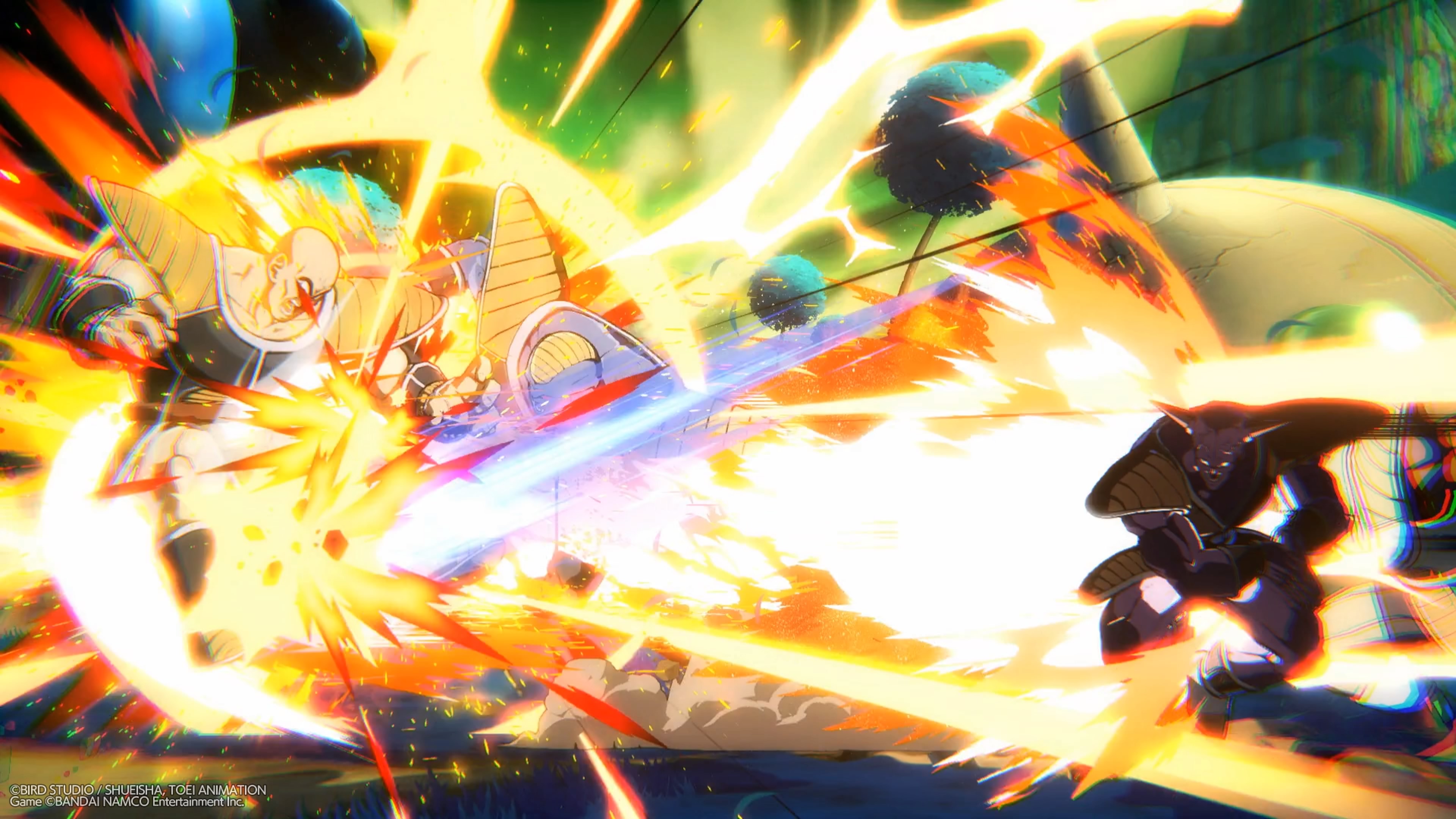 The menu itself is a bizarre meta-game, with you playing a character to move from menu option to menu option on a top-down map. There are also loot boxes in these areas; from what I can tell they're not paid for, but they offer you the chance to get unlockable avatars for the menu, graphics for your fighter profile, or alternate skins for characters to use in combat. The system isn't overtly negative, as nothing here impacts the game in a meaningful way, but locking cosmetics away behind loot boxes and providing no way to buy the outfits you actually want just feels a little pointless. It feels like many players will simply skip this bizarre system to focus on the punching.

I've been pleasantly surprised by Dragon Ball FighterZ. As a casual fan of the anime and the games, I found it tough to get to grips with the massive cast of characters and reams of fan service. There's still fan service here, especially with certain finishers that trigger in certain conditions between certain combatants, but overall the game feels like it's been pared back to work as a fighter first, with stuff for the fans added in second. I think I'll play more of this; it seems like a great post-pub game, an over-the-top brawler that's come along just as my friends have gotten tired of me thrashing them at Injustice 2. 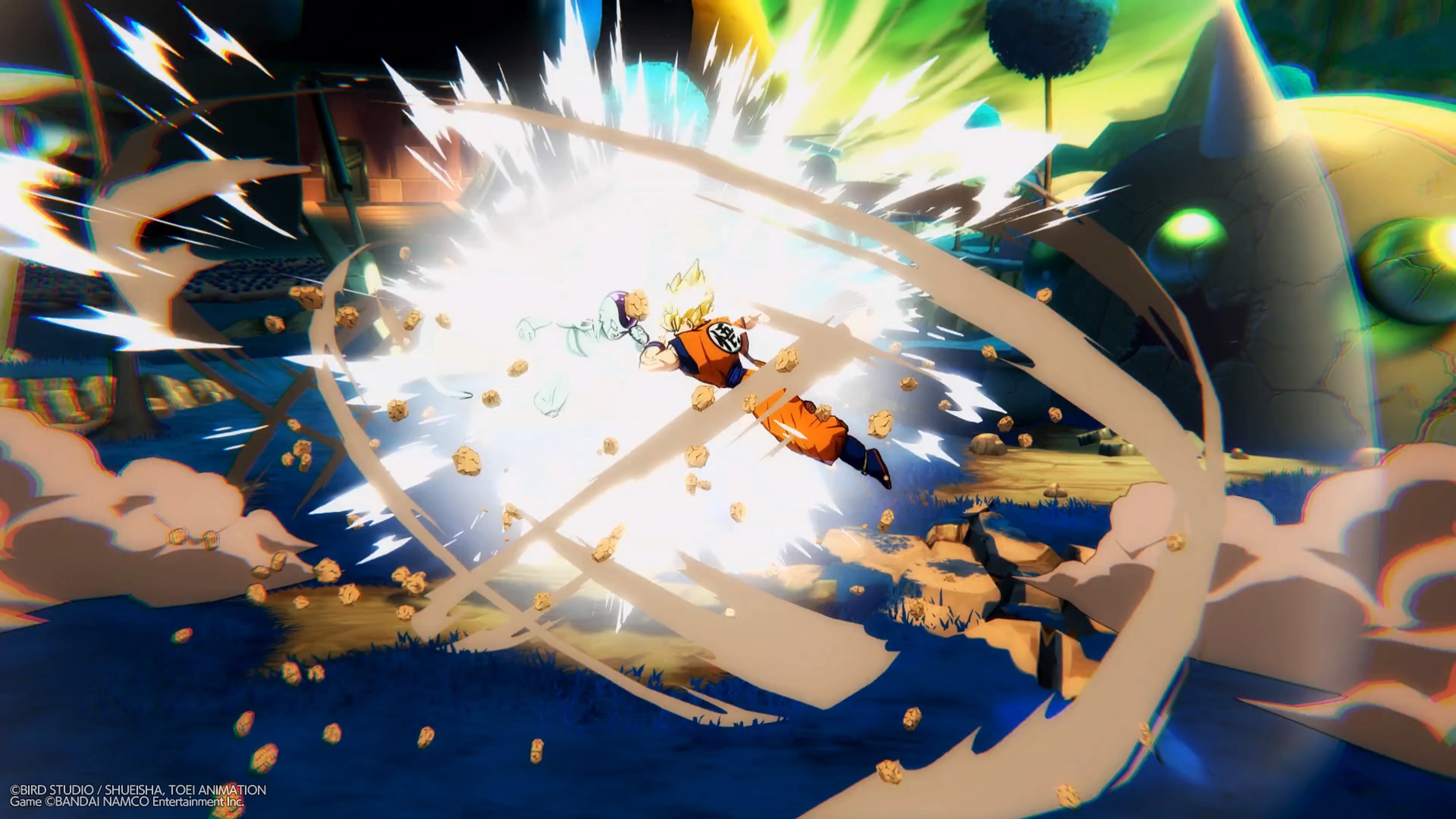 There's no mention of the online services here, because the game hasn't yet launched, so we can't comment on this. But, the rest of the package is well-designed, good looking, and interesting.