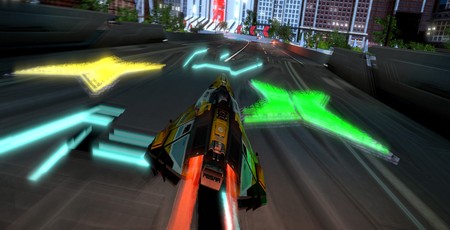 Wipeout first emerged onto the original PlayStation in 1995 to show what the machine was capable of, a bold vision of the future. Two decades later, despite the fact we're actually living in the future now, and that in video game terms, 22 years makes a video game Very Old News, it still feels totally fresh to careen around tracks in your anti-gravity racing chariot.

That's the main draw of Wipeout Omega Collection, a repackaged edition comprising the PlayStation 3's HD and Fury and tossing in Vita entry Wipeout 2048. They're packaged together on a single disc, and they've all been given a once-over, polished up and offering 4K resolution and HDR support if you're playing on a PS4 Pro too. Unfortunately, the first problem for me really is that the three games are presented as different campaigns. Unlocking everything in Wipeout HD doesn't mean you've got a host of ships to use in Wipeout 2048. 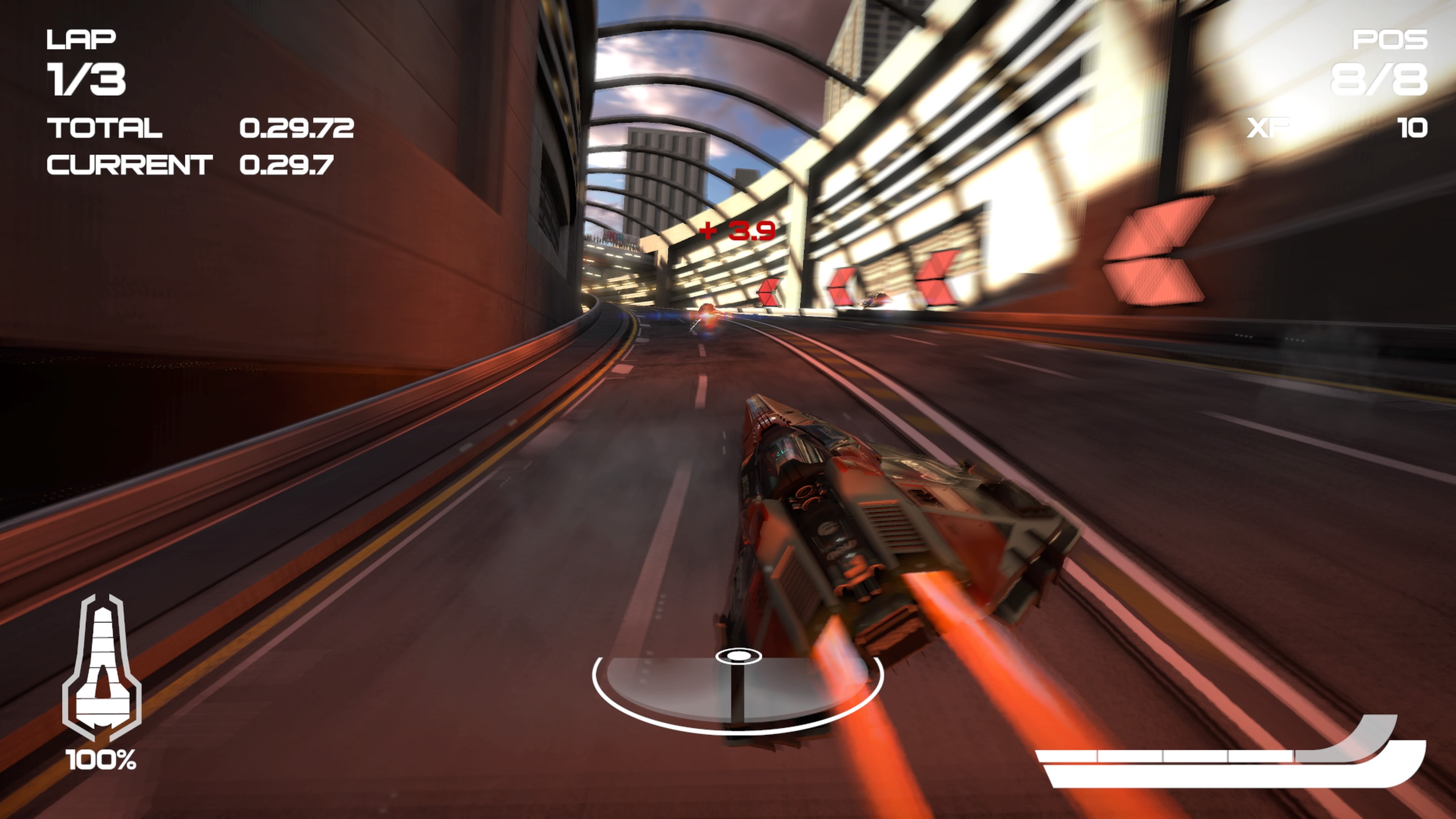 You can mix and match the vehicles and tracks in the Racebox mode, but the campaigns are carefully partitioned, and it's this, and numerous small gameplay tweaks, that make each game feel entirely unique.

Each of the three titles still "feels" like Wipeout: floaty handling, boost pads, and the need for speed. It's Wipeout HD I've spent the most time in, though, which feels almost sanitised, with glass tracks twisting up into empty skies as you and bastard-hard AI racers fight for the honour of first place.

Wipeout 2048 comes next, the PS4 offering more power to the Vita original. I didn't play it on the Vita, but I find it hard to imagine Sony's little handheld could sketch out the skyscrapers, landmarks, and air-based detritus as cleanly as the PS4 manages. You're still barrelling around the same tracks, it's just that now there are a series of stunning buildings demanding your attention as you pirouette through the courses. 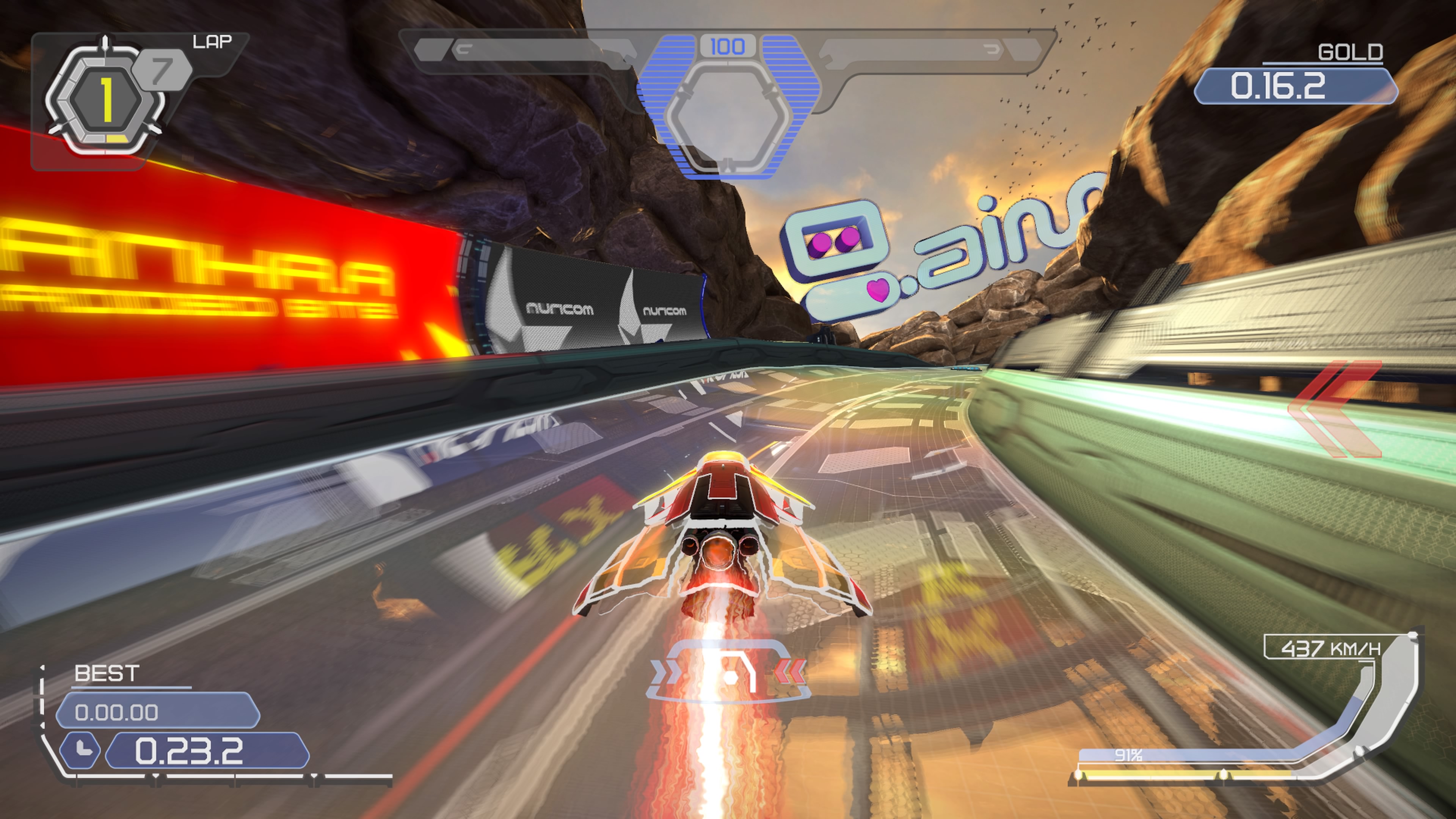 Wipeout Fury feels like the odd one out. It's a shooter, sometimes. Races become fights to the death, and while you can effectively ignore the weapons and power-ups that litter the other two games in the collection, here they're essential. It's not enough to solely beat your enemies on the track; you'll need to tear them apart.

It's a mixed bag of games, but across the board the quality level is high. There are some real problems, but they are real problems that have always been a part of Wipeout: When we talk about floaty handling, we gloss over the fact that until you learn what you're doing, you'll spend a lot of time grinding your shiny racer against walls or bouncing into enemies. Getting around the track can be a struggle if you're inexperienced. I played hours of the original Wipeout in 1995, but I'm rusty now, out of practice, and it took me a long time to feel like I could achieve a podium finish. On a related note, the AI is tough. Sometimes on the normal difficulty, you'll finish fifth or even sixth, trashed by AI racers with better reactions than you. Over time, I found I could finish on the podium for every race. It took practice, though. 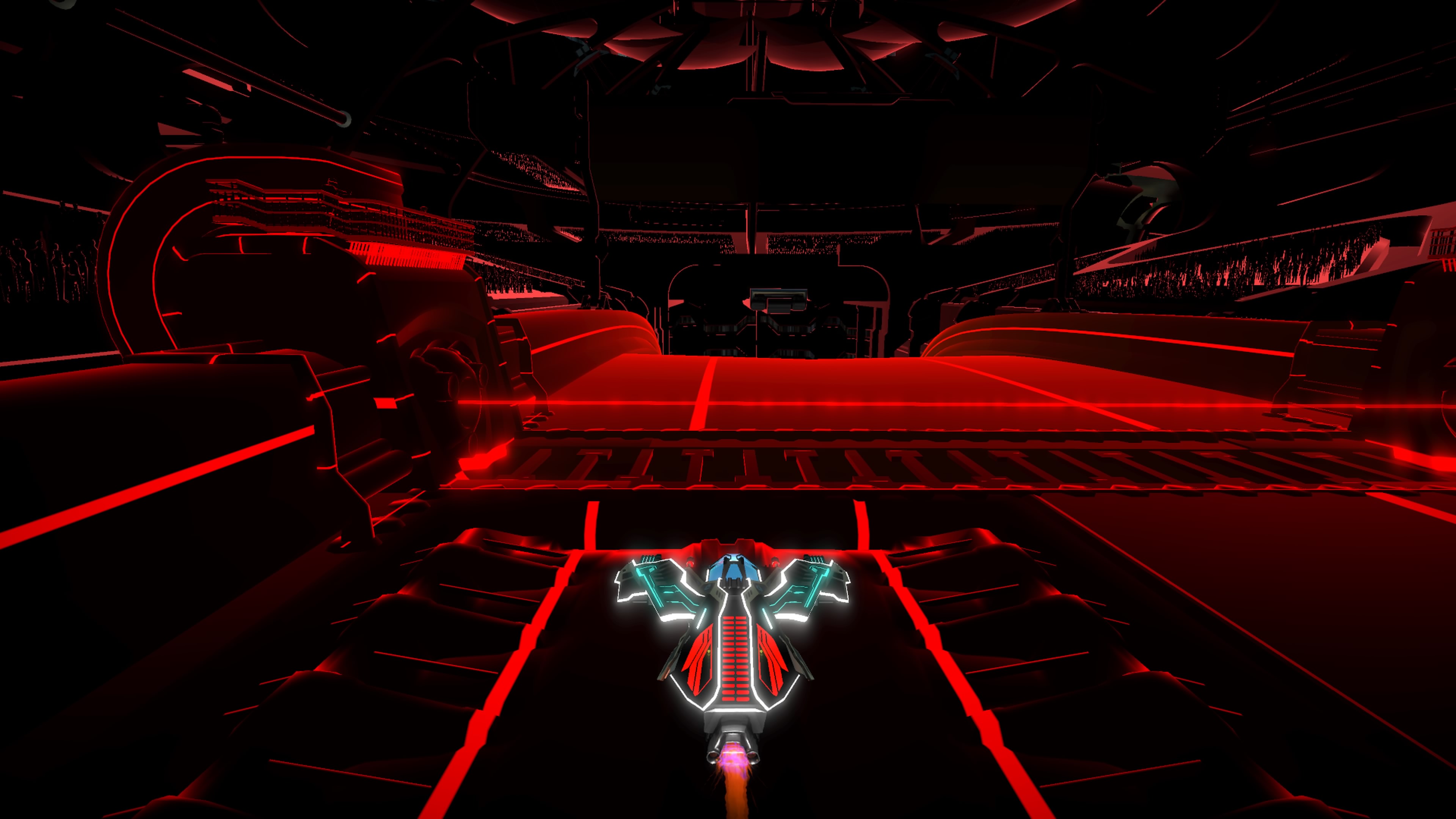 Each of the games in the collection is challenging and require practice but, at least in part, I've found that's part of the appeal.

The soundtrack is a notable sore point for fans of the original, with the original soundtrack from the Wipeout of the PlayStation era featuring several classics like Prodigy's Firestarter, Chemical Brother's Chemical Beats, and a host of truly iconic tracks. Here, there are a few notable tracks, but it's easy to compare the two: Prodigy's Invaders Must Die is not, and never will be, as enjoyable to race slick-palmed into the very skies as Firestarter. The soundtrack isn't bad, it's just noticeably worse than the 90s offerings. 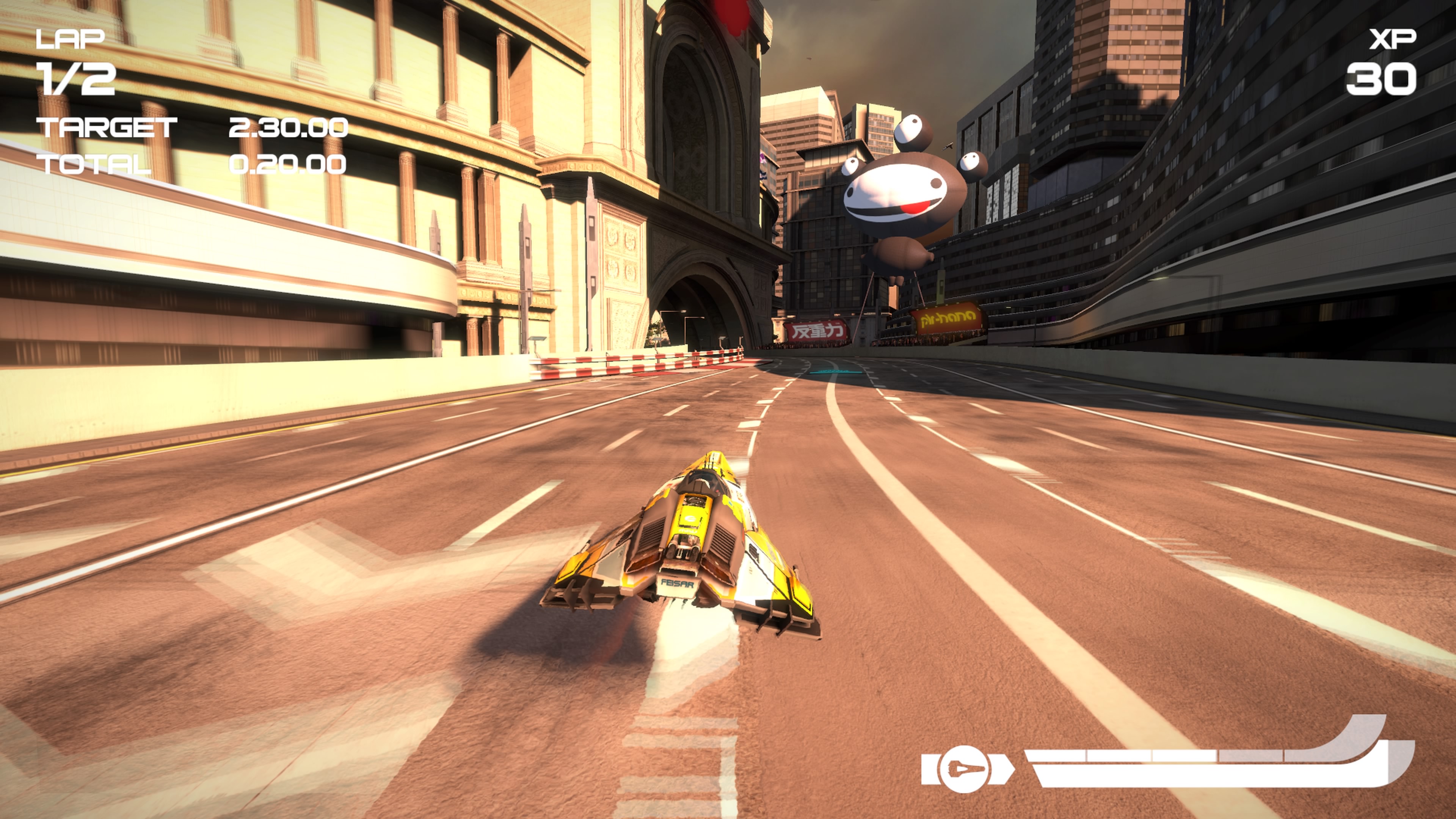 This is mitigated by the fact that the game can pull in your own Spotify playlists using PS4's Spotify integration, but it's not the same: Wipeout's PS1 incarnations lived and died on the strength of their soundtrack, and the fact that it worked so well both to hype you up for a night out and for playing 15 years later at 4am, drunk and full of curry after a night out is a testament to how well it's done. I've played 20 hours of this game for review in the past week, and the only track I can name is Invaders Must Die.

Wipeout's never going to be Sony's most exciting franchise, speaking largely to fans of thumping music, twitchy controls, and, yes, sitting around your mate's house desperately trying to leather him after you got to the awkward stage where Mario Kart wasn't considered cool any more. 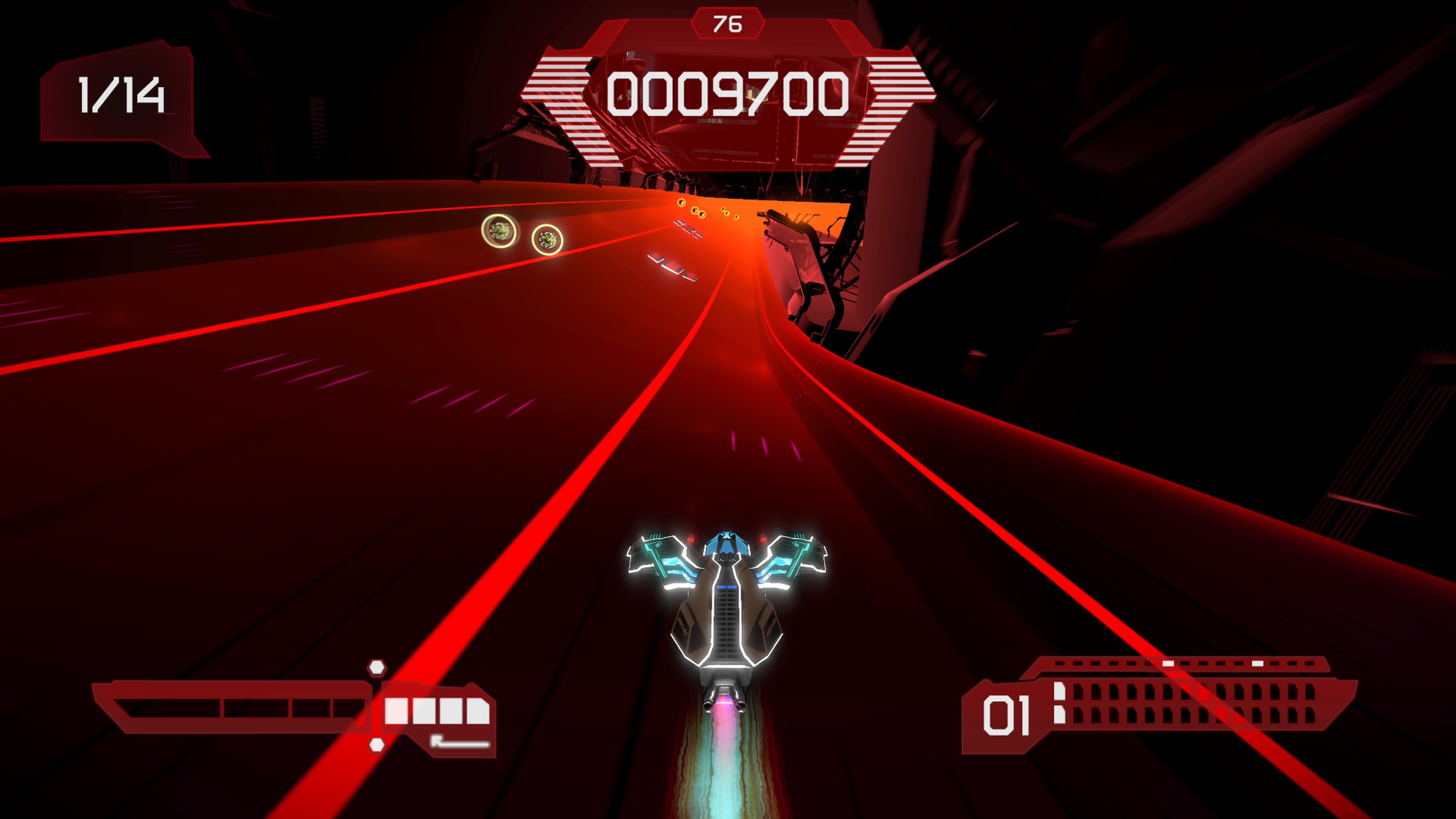 Wipeout Omega Collection is an odd choice for re-release and strongly shows how nostalgia runs deep, both for Sony and the long-term fans. No one was truly calling out for another Wipeout, but when it was released, ears pricked up all over the world, ears that perhaps hadn't played a video game on their PS4 in months but had fond memories to revisit, or ears of kids that've tried other future racing efforts and want to meet the granddaddy. 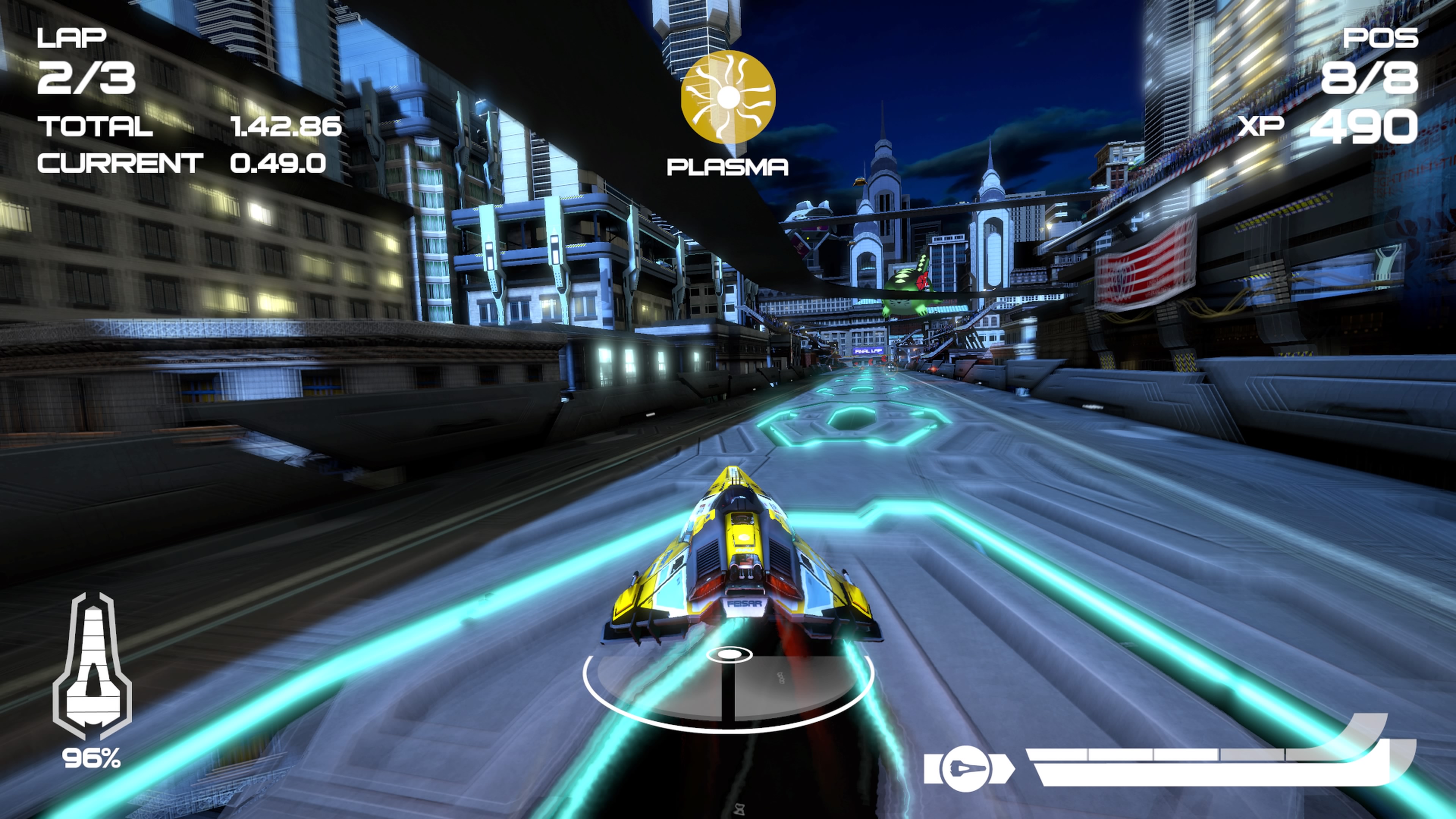 Wipeout represents something real and tangible, and as an extension it feels like the remastered collection has come to embody this same spirit, loud music, and impossibly fast cars moving around airborne tracks like liquid.

That the series endures today is a testament to Sony's sound judgement when it launched Wipeout in 1995 to show what the PlayStation is capable of. Now, there's been a Wipeout for every Sony console since, except the difference here is that instead of Sony using a new Wipeout title to show off their new technology, they're using the new technology of the PS4 — and in particular, the PS4 Pro — to show a whole new generation of fans what Wipeout can do.