Half Life 2 evokes these ideas in almost every instance. There's only a single break in environmental consistency in the entire game - the moment when Freeman is teleported from the depths of Nova Prospekt prison back to Kleiner's Lab. The rest of the game transitions seamlessly from one place to the next, making City 17 and its surrounding countryside feel like a real place that has evolved according to natural laws and architectural logic. The towering icon of this consistency is the Citadel itself, which is visible in the background for the majority of the game. In the first half you're always moving away from it, as Freeman runs across rooftops and skis along canals to evade the forces of the Combine. The final act inverts the situation, seeing you rushing bravely toward it with a small army of rebels rallying under the Lambda sign.

Inversion is another of Half Life 2's running themes. Freeman frequently turns the weapons of the Combine onto themselves, whether it's by snatching a grenade from the air with the gravity gun and firing it back into their ranks, or overpowering a gun emplacement and using it to fend off waves of soldiers. This theme isn't incidental either, Valve make several deliberate nods at it during particular chapters. The first is seen in Water Hazard, where an attack chopper harasses you with machinegun fire as you traverse the canals. Then, later in the chapter, a rebel station attaches the same type of gun to your hovercraft, the rebel remarking "I always like to bring a little irony to a firefight". The other notable example is of course with the Antlions. For two of the game's chapters these giant yellow insects pester you incessantly, particularly in the fantastic "Sandtraps" chapter, where the only way to cross the beach without being mauled by these fearsome creatures is to create paths using the flotsam and jetsam washed up by the sea. As you near Nova Prospekt, a furious battle with an Antlion Queen leaves you clutching a set of pheromone glands which control the Antlions behaviour, and instantly the entire colony is at your beck and call. It's an ingenious and deeply satisfying switcheroo. Even when it isn't being systemically witty, Half Life 2 is almost perfectly paced. It always knows precisely when to introduce a new concept, and lets the player run with them for just the right amount of time. A good example of this is the Striders, the strange half-organic, half mechanical tripods that are the Combine's primary suppressive tool against the population of City 17. You glimpse one over a fence within the first twenty minutes of the game, but don't fight any until inside the last two hours, and the game only lets you topple a few of these mighty adversaries before the end. Similarly, the Gravity Gun is handed to you by Alyx Vance in the fifth chapter, but Valve dial back its physics-grabbing powers just a little until the game's very end, when a disintegration field inside the citadel destroys all your weapons but inadvertently supercharges the Gravity Gun, enabling you to grab and throw people for the first time. Right to the death, Half Life 2 is still introducing new toys for you to experiment with. There's so much else that I haven't even begun to discuss. The way it takes the cannon-fodder scientists and security guards from the original game and turns them into a diverse cast of endearing, recognisable characters ("Now about that beer I owed ya! It's me Gordon, Barney from Black Mesa.") The way it minimises expository dialogue and instead tells its simple story through environmental cues and little snippets of information. ("Don't drink the water, they put something in it to make you forget.")The way it blends drama, action, horror and wry humour without any of its elements feeling out of place ("I am Father Grigori. You have already met my...congregation!"). As I said earlier, it isn't so much what Half Life 2 contains as how it brings it all together that makes it so darned enjoyable, and ten years down the line, the profound effect created by how Half Life 2 rolls itself out hasn't diminished one iota. It's been a long time since Gordon Freeman last rose and shone, and we're still left wondering when or if the story will be continued, whether Half Life 3 will indeed be confirmed. There have even been suggestions that Half Life 3 is an impossibility, that the time of the FPS has passed and Valve cannot top Freeman's second outing without fundamentally changing the game beyond recognition.

Regarding this, it's worth looking back at Valve's legacy of doing what many believed to be impossible at the time. Everyone thought Left4Dead 2 would be a cheap cash-in, and it turned out to be better than the original. Nobody thought a sequel to Portal could work, yet Portal 2 was a comic masterpiece. Heck, I'm pretty certain there was doubts about Half Life 2 itself, as a sequel to what was then considered the best shooter in existence. Given how astonishingly Half Life 2 managed to improve upon its predecessor, I for one can't wait for Gordon Freeman's time to come again. 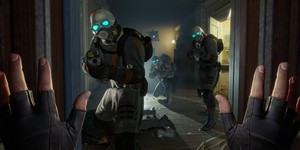 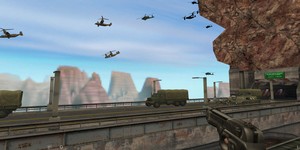