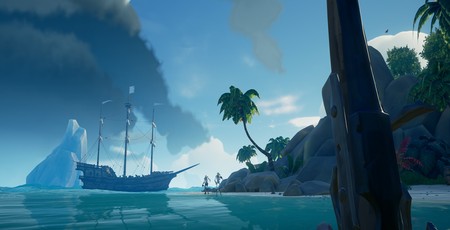 Sea of Thieves has taught me a lot about being a pirate: Grog is good, mostly, skeletons are evil, and actually being a pirate is pretty damn boring.

Rare's piratical adventure does a lot to present a joyous world, but unlike the shark-infested waters you'll explore within the game, it's shallow and offers only a vapid experience, good for getting vomit tossed in your face after your crewmates have one too many bottles of grog, but mechanically so uninvolved it's a struggle to really enjoy the game 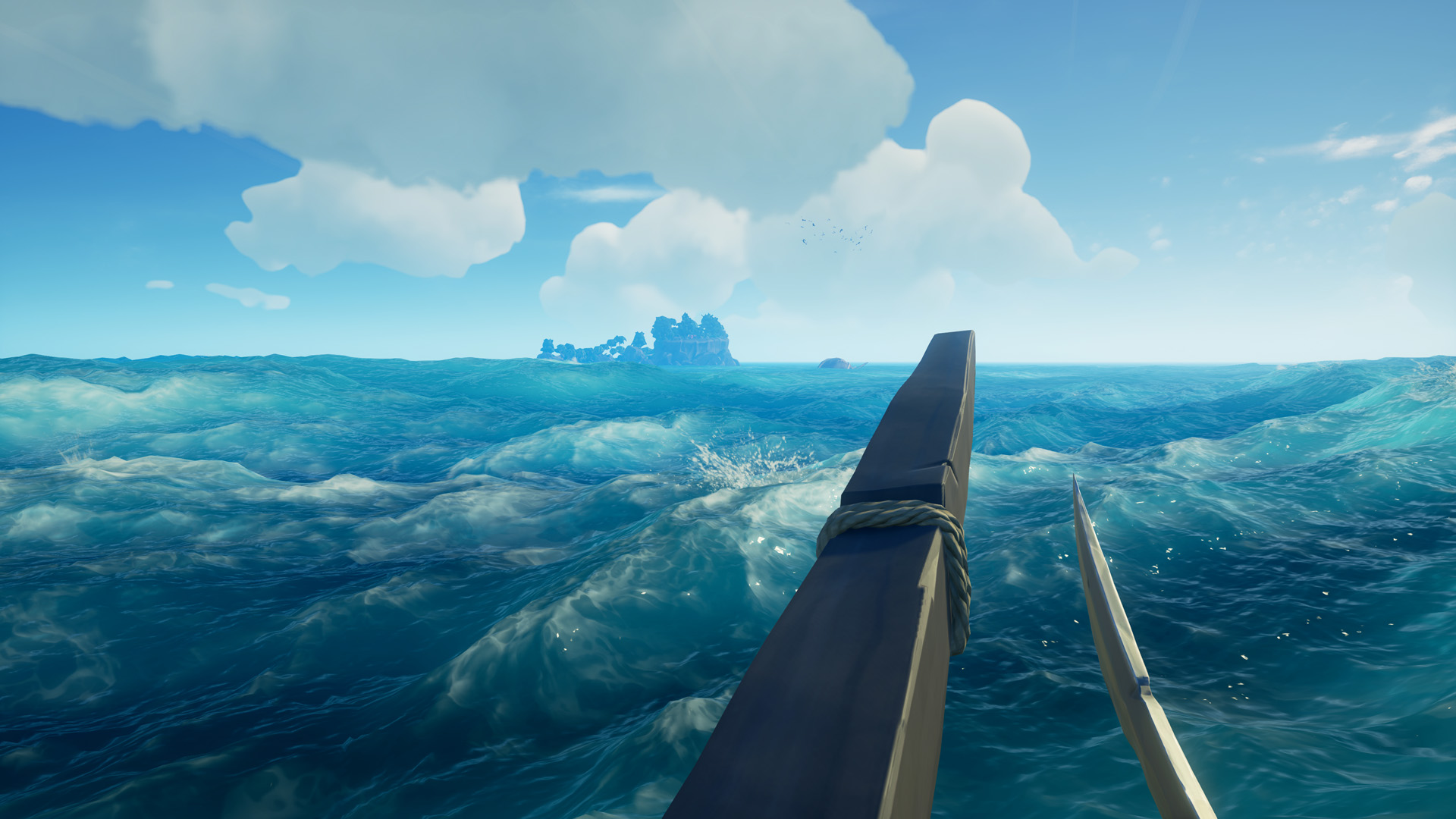 Technically, the game is a marvel and it looks absolutely gorgeous on the Xbox One X with a 4K screen. But however pretty the game may be, and no matter how technically impressive it is, it's hard to put aside the feeling that there just isn't a whole lot to do in Sea of Thieves.

Whether Sea of Thieves is for you largely depends on the sailing aspect of the game. If your tolerance for dicking around in a ship on the high seas is good, then with friends this could be enjoyable. However, if you're used to playing modern games with all of their long-term progression, deep systems, and mechanical complexity, you could be left looking at Sea of Thieves as little more than a curio, confused by the full-price release for a game that feels like little more than a bundle of fetch quests tied together. 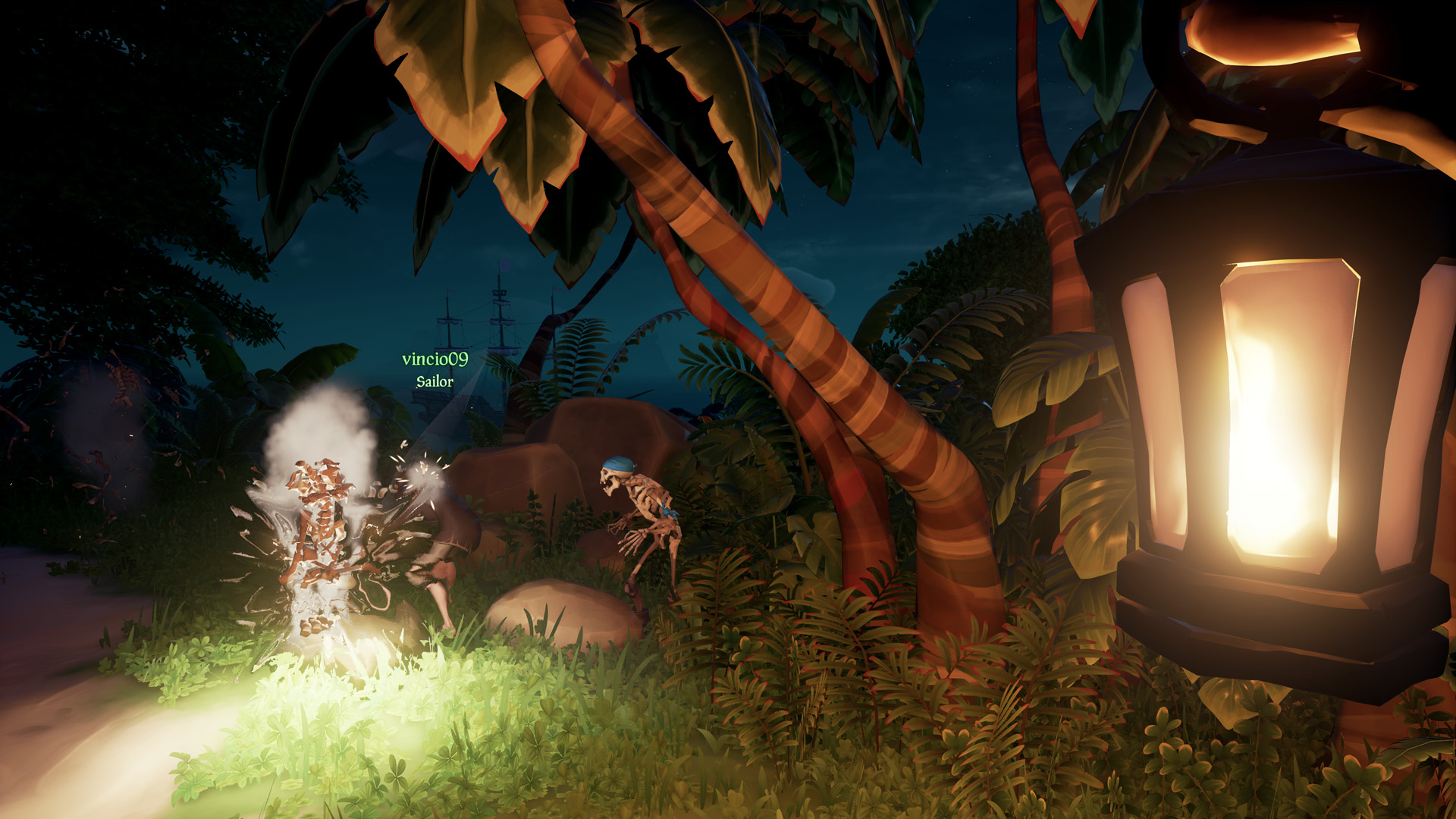 Sea of Thieves is a game about stories, and many people will eagerly share tales of the first time they blew up another player's boat or encountered a kraken, but it's a shame that most of the stories are merely fetch quests. You can face off against reanimated skeletons under the moonlight on a dark beach, or rescue a treasure chest from your sinking ship before it's lost beneath the waves, but ultimately all of these are mechanically just fetch quests, and every storyteller, if pushed, would finish with the words 'and then I took the object back to an outpost and handed it in to a faction representative for a bit of reputation, some gold, and the privilege of a teenage boy screaming abuse at me on voice chat.' 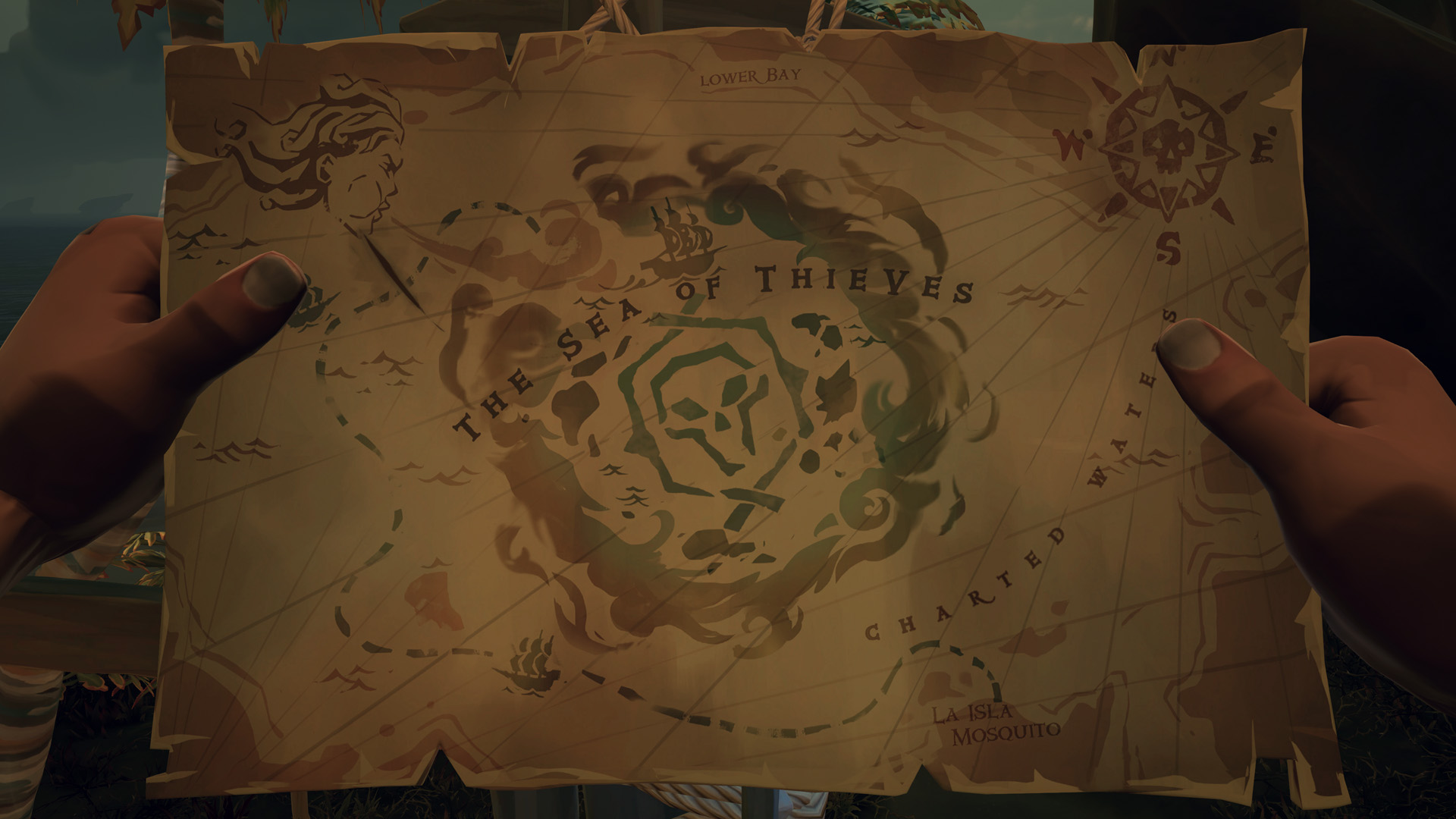 These rewards are mechanically unappealing too. The reputation merely allows you to pick up more dangerous fetch quests, while the gold allows you to buy cosmetic items to show off your status as someone who has a lot of tolerance for taking things from place to place, occasionally stealing some livestock or bashing a skeleton in the face with your sword.

It's a shame, because the few moments of truly emergent storytelling provided good laughs and a hint at what the game could have been. After our small sloop was sunk by a huge galleon, a friend stowed away onboard the enemy ship with a barrel of gunpowder and a thirst for revenge. The swim, punctuated by him giggling to himself as he realised what he was about to achieve, had the pair of us in high spirits, but moments like this are few and far between. I can think of only a few standout moments through 15 hours with the game, and several of them involved my friend Vincent vomiting in my face, or in a bucket. Which he later threw in my face. 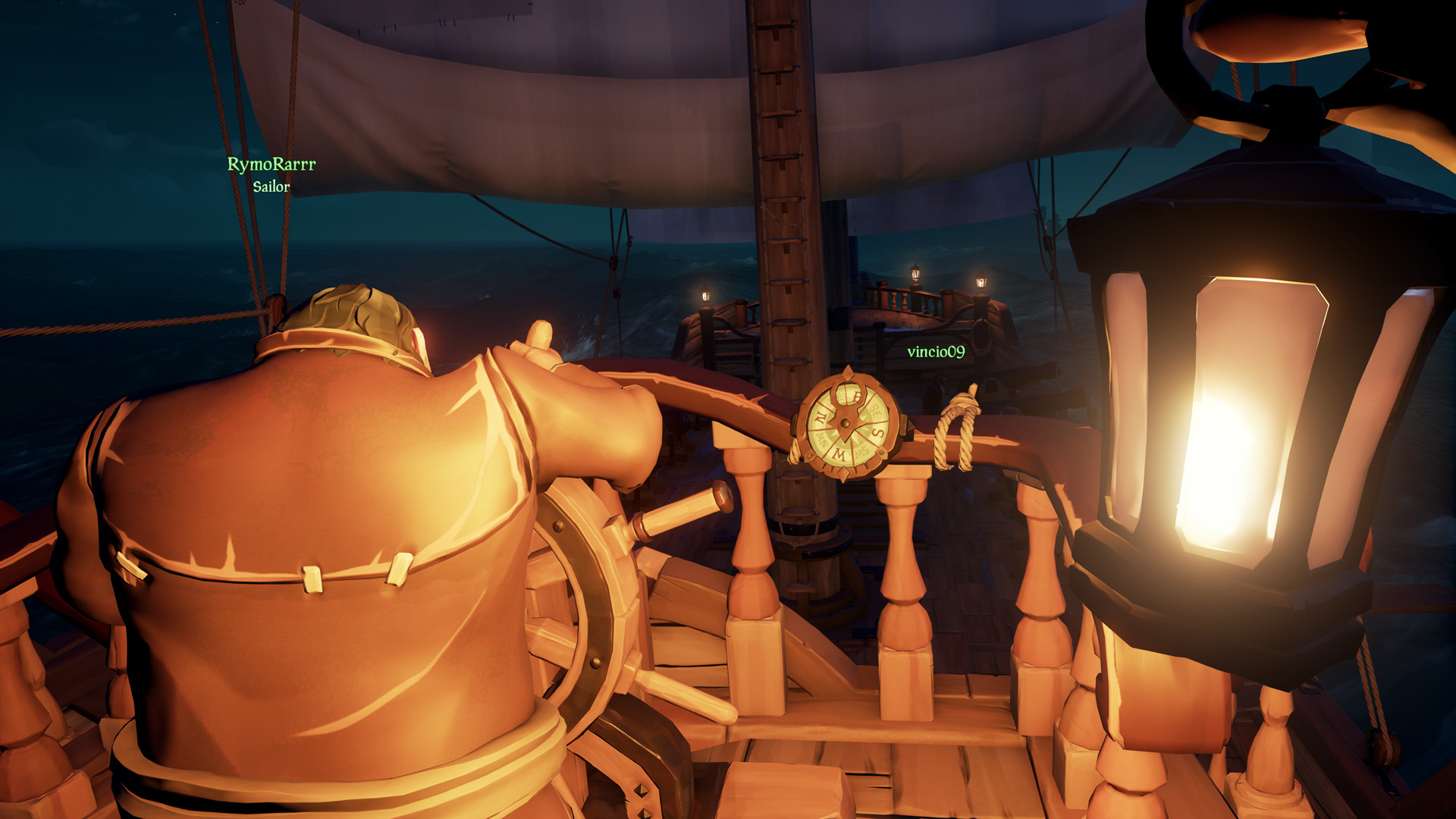 Once he threw vomit in my face while I was trying to fight some skeletons; you know what, I take it back, if you like toilet humour this game is probably worth it.

Vomit aside, the game's lack of real substance is a shame because the sailing, combat, and even the way you interact with other people suggest a better game than what is actually on offer. Take the game's musical instruments. The more people on a boat that pitch in with an impromptu performance, the more complex the melody becomes, each instrument adding to a beautiful chorus. Or take the way the ships sails work, allowing you the flexibility to set them at different heights and angles to help control the ship. 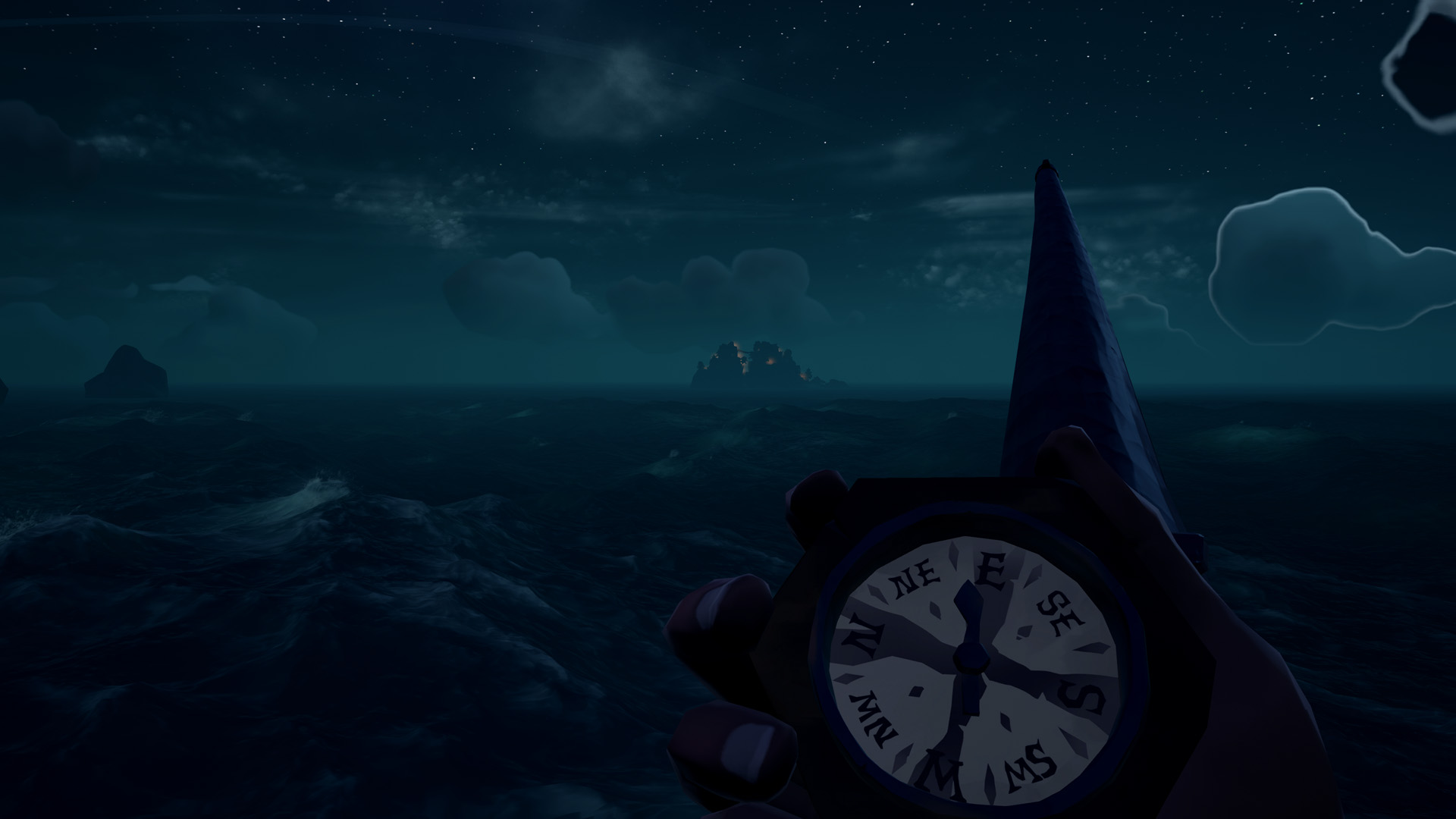 There's so much depth here, but with nothing to actually do, the overriding question isn't, 'What can I do in this sandbox?', but rather, 'Why bother?', and as a result it's impossible to recommend this to anyone at full price. With friends, the boredom recedes somewhat, but even co-op can't save it as soon as it becomes apparent that there's no one here except you, the fetch quests, and an ocean full of players that want nothing more than to steal your pet chickens and sink your beautiful pirate ship.

In Sea of Thieves, we've had our first big name disappointment of the year, and it couldn't have come at a worse time for the Xbox One X, which is sorely in need of first-party exclusives. However, in the era of the live game that's a part of me that hopes that this manages a No Man's Sky-esque reinvention to take advantage of what is already here. As it stands, though, this one seems destined to sink beneath the watery depths.