This means that being defensive, being conservative, only prolongs the inevitable. You cannot sit back and rely on Overwatch to do the hard work for you. Instead, you have to push forward and be aggressive, taking the fight to the enemy and throwing everything but the kitchen sink at them. But this means you will make mistakes, and the aliens will punish you severely for them. The aliens don't have it all their own way, however. Since XCOM is a Guerrilla movement now, the organisation may be less powerful but it's also better at hiding. This is represented in a few ways, but in battle it takes the form of Concealment. At the start of most missions, your team is hidden from enemy view, and will remain so until either you move onto a tile where your can be seen, or fire your first shot. This enables you to set up ambushes, to get a clean hit on an enemy and then pummel them with Overwatch as they scatter for cover. XCOM 2 may be a punishing game, but it at least has the decency to let you consent to that punishment. Most of the time, anyway.

Alongside these two major changes to the combat are hundreds of smaller ones. Soldier classes have been rejigged considerably. The Ranger class, for example, now wields a sword alongside their shotgun for devastating close-quarters attacks, while the Sharpshooter receives immediate access to Squadsight, making them a powerful asset right off the bat. The Support class has arguably received the most extensive tweaks; as they now control a "Gremlin" drone that allows them to heal squadmates remotely, or hack mechanised enemy units and briefly turn them to your side. There's also a much broader range of equipment to provide your soldiers with. The "Proving Grounds" room allows you to research experimental weapons and items, outputting a random goodie like incendiary ammo, or a grenade that spills acid across a wide area. Alongside these exciting toys are more subtle items like the fantastic mimic, which creates a holographic decoy of one of your soldiers, drawing enemy fire for a turn and providing a sliver of breathing space, which in XCOM is like feeding bacon to a starving man. In short, the range of tactical options available to you is vastly expanded, which is good because you're going to need that flexibility to stand any chance in a fight. I won't talk about the enemies you face too much, save to say that each reveal is brilliantly horrible. It will make you whisper "This is going to be bad," moments before screaming "I didn't expect it to be THAT bad. COME ON!".

Compounding this complexity are environments that are far more destructible than before, brimming with environmental hazards. A recent mission I played culminated in a massive battle centred around a house, with both sides making heavy use of explosives. As the fight raged, the building gradually fell apart, and I was repeatedly forced to fall back as cover became increasingly sparse. At one point, half the structure's roof caved in, seriously injuring my two Sharpshooters who were standing on top of it. It was a savage, incredible fight, a prime example of the tension that XCOM 2 can generate. While XCOM 2's combat has been altered significantly, it's nothing compared to the game's strategic meta-game. Everything from how you gain funds to how you use Engineers has been completely reworked. For a start, Satellites are gone. You no longer have to worry about balancing the panic-levels of the entire world, arbitrarily choosing between attack sites and upsetting China because you don't exist in a quantum state. Instead, you're simply trying to connect-up the globe's various resistance-factions. Occasionally you'll have to help them defend against a raid by ADVENT. But you don't really have to worry about losing their support. 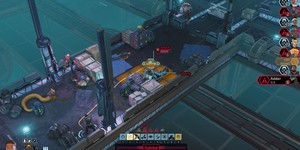