The Ryzen story is still far from being finished, as there's not only an entire range of CPUs still to come in the form of Ryzen 3, but review samples of the non X-edition Ryzen 5 CPUs, the 1600 and 1400, have only recently trickled down into reviewers' thermal paste-covered hands. In addition, and far more importantly, many benchmarks and applications are constantly being optimised for Ryzen too.

This obviously makes things tricky from a testing point of view - do we stick with the original benchmarks or continually update our figures to show what the deal is as time goes on? We've opted for the latter, of course, which is very time-consuming, but today we've not only introduced a few more CPUs to the graphs, but we've focussed on the Ryzen 5 1600's competitors in terms of price, from the Core i3-7350K all the way up to the Core i5-7600K and Ryzen 5 1600X.

Here we've added the updated Ashes of the Singularity: Escalation benchmark, which has been optimised for Ryzen since the launch of AMD's new CPUs, as well as the latest version of CPU-Z, which has also received a tweak due to Ryzen's impact in the increased core count department.

So, before we look at the graphs, you'll likely notice when you do that there's a focus on the mid-range. We've omitted the Ryzen 7 series and much more expensive CPUs from most of these new tests for the same reason we don't include the likes of the GTX 1050 Ti in GTX 1080 Ti graphs - you simply won't be considering one if you're eyeing up the other. However, we have included the Core i7-7700K, Intel Core i7-6850K and Ryzen 7 1700 in the other tests we've not had to update recently, as they represent the next step up from the Ryzen 5 1600 we're reviewing today. We'll be adding more results as time goes on and updating benchmarks as necessary, so consider the graphs a work-in-progress, and they'll no doubt change when we look at the Ryzen 5 1400 in the very near future.

Let's recap on where the Ryzen 5 series is positioned. While the Ryzen 7 eight-core parts are no doubt lust-worthy and offer excellent value in multi-threaded performance, they are still quite pricey. Ryzen 5, on the other hand, starts at less than £160, which is right in the middle of prime enthusiast territory and especially interesting given that Intel's unlocked Core i5s now seem to be leaving the £200 mark behind them, with the Core i5-7600K, for example, not leaving you with much change from £230.


Of course, you get lower base, Precision Boost, and XFR frequencies with this being a non-X-edition CPU, but they're nowhere near the difference you see between the Ryzen 7 1700 and 1800X, for example. The Ryzen 5 1600X is 400MHz faster at base frequency, whereas the Ryzen 7 1700 had a 600MHz deficit here. However, there's a 400MHz drop at Precision Boosted levels, and once you factor in a 50MHz XFR boost as opposed to 100MHz, that's a 3.65GHz maximum frequency compared to 4.1GHz, so the more expensive X-edition chip is definitely going to be a bit quicker at stock speed in both lightly-threaded tasks and multi-threaded applications.

L3 cache is the same, though, and the Ryzen 5 1600 also has a much lower TDP, so it could be an ideal low-power, budget-orientated rendering CPU. Of course, we're hoping it can overclock to similar levels as the Ryzen 5 1600X as well, which would further add to its value score. 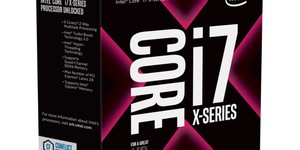 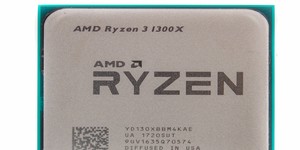 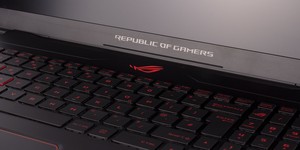