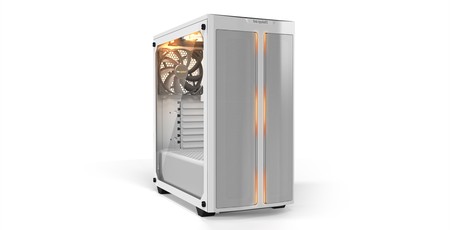 To start with, the lighting can be controlled using a button on the front panel, but also via a 3-pin connector that you can hook up to your motherboard. This controls the two strips of digital lighting running down the front of the case, but also a long strip inside installed between the top fan mounts and side panel mounts. Facing inwards, the impact of this on the black version of the case might be lacking compared to the way the light played around the interior of our white sample, but the strip can still jazz things up. 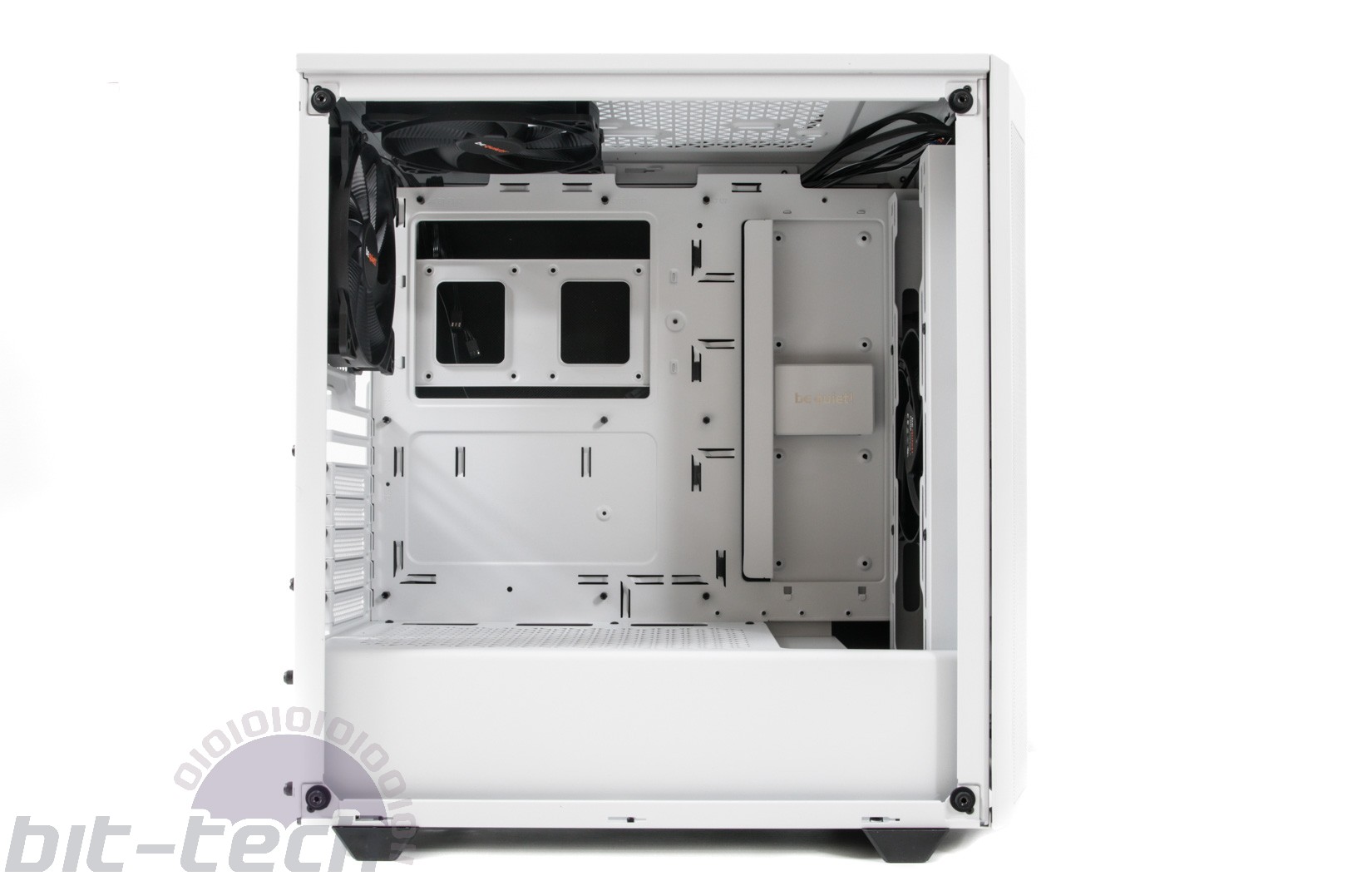 Things are a little more cramped than they first appear. For instance, you'll definitely want to hook up as many cables as you can before you install your hardware. Fitting the 8-pin CPU connector can be especially trying, given that you have two fans in the way in the rear of the case. Be Quiet! does offer a decent array of cable routing and tidying options, though, with an angled cut-out next to the motherboard tray offering a smarter look than the usual rubber grommets. 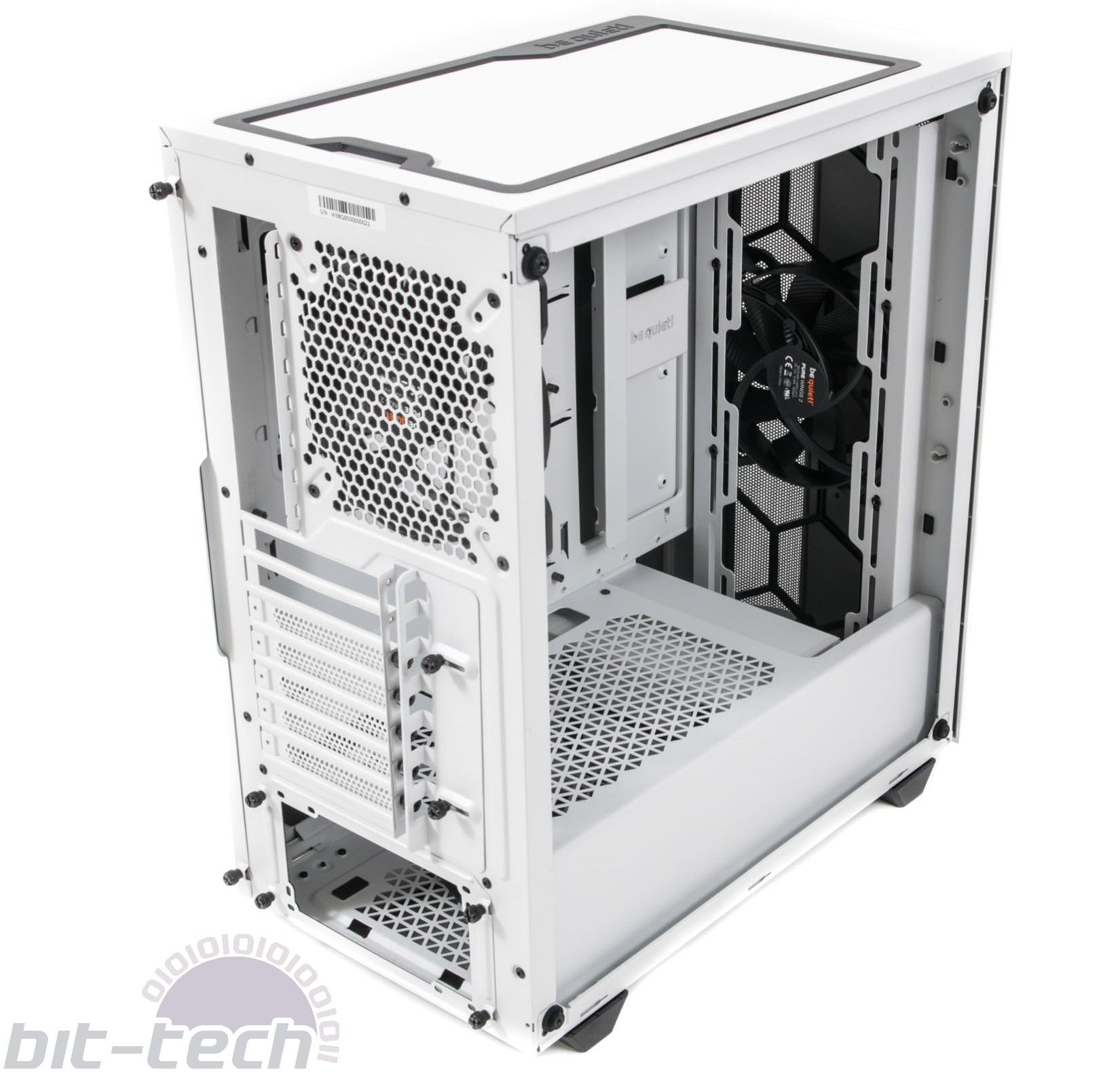 Three fans are included in the box with the roof and rear of the case an interesting choice for two of them, likely offering some potent CPU cooling. All three are 140mm, 900rpm models, so are more focussed on noise levels than shifting air, but they still offer a decent amount of airflow shifting at full speed. The third is mounted in the front of the case, with space for another. The roof can house another 140mm, but cannot cater for a 280mm radiator - only a 240mm will fit here. 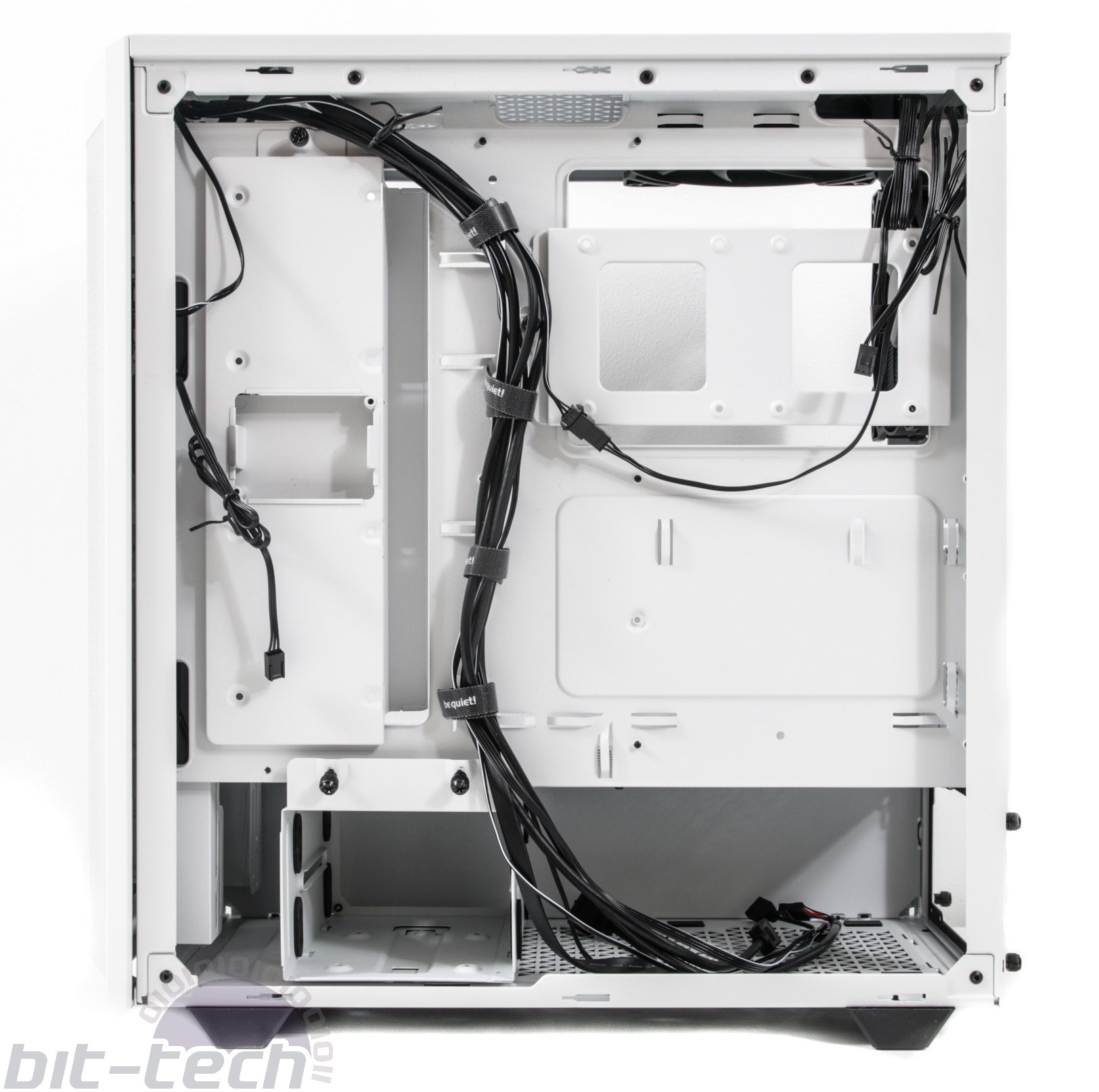 There are two 3.5in bays with the case itself offering a home to a 2.5in SSD if you ditch the lower hard disk. The cage is removable and can also be repositioned closer to the PSU to give more space for radiators. There are four dedicated 2.5in SSD mounts - two behind the motherboard tray and two more on the plate near the front panel. It's not the most flexible of storage setups, but two hard disks probably cater for the masses quite well. While we were glad to see Velcro ties being used to anchor cables; these were not anchored themselves and weren't long enough for our liking either, but ultimately, they were easier to work with and look better than cable ties. 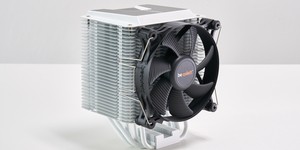 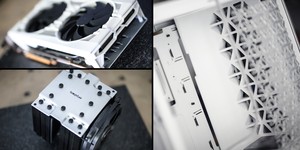 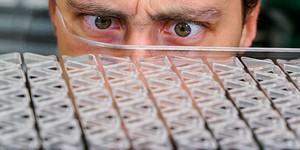 Video: CNC Cheese-Grater Side Panel for Be Quiet! Pure Base 500