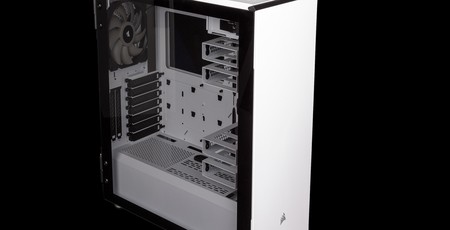 The Carbide Series is a Corsair staple that goes back years – many enthusiasts will be familiar with one or more of the chassis that have filled out the range. And now there’s one more to become accustomed with, the relatively high-end 678C. Available in black or white, sound-dampening is the name of the game here. Traditionally this places limitations on airflow, so it will be interesting to see if and how Corsair attempts to overcome this. 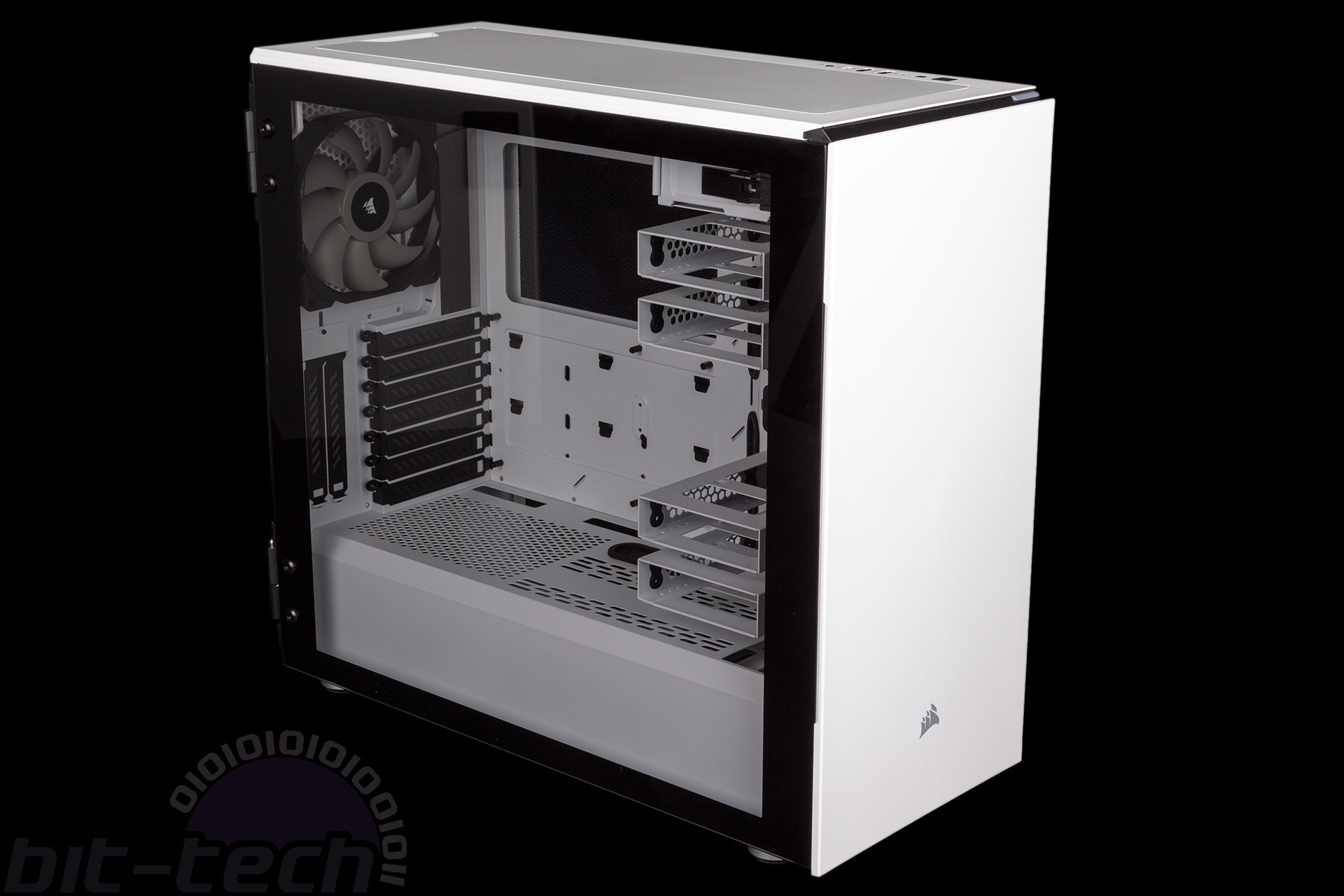 Build quality is mostly solid on the new case, which has a standard understated aesthetic befitting of the Carbide Series. There’s plastic used in the formation of the front panel, though, and it feels cheaper than it should for £180, but the primary part of the roof is made of metal, and the side panel is hewn from tempered glass. The weight of over 13kg should be enough to keep it planted, but there are rubber-tipped feet just in case. Clearance on the underside could do with being a few mm more though.

With a tempered glass side panel that sits flush with the case, a solid front cover complete with a door but no airflow gaps other than one along the bottom, and a solid roof, it certainly looks like airflow is going to be restricted here. Up top, though, Corsair let’s you choose between two mid-roof segments that cover the three roof fan mounts. One is solid and backed by noise dampening material, and this will hinder virtually all airflow, and the other is a flexible magnetic dust filter. 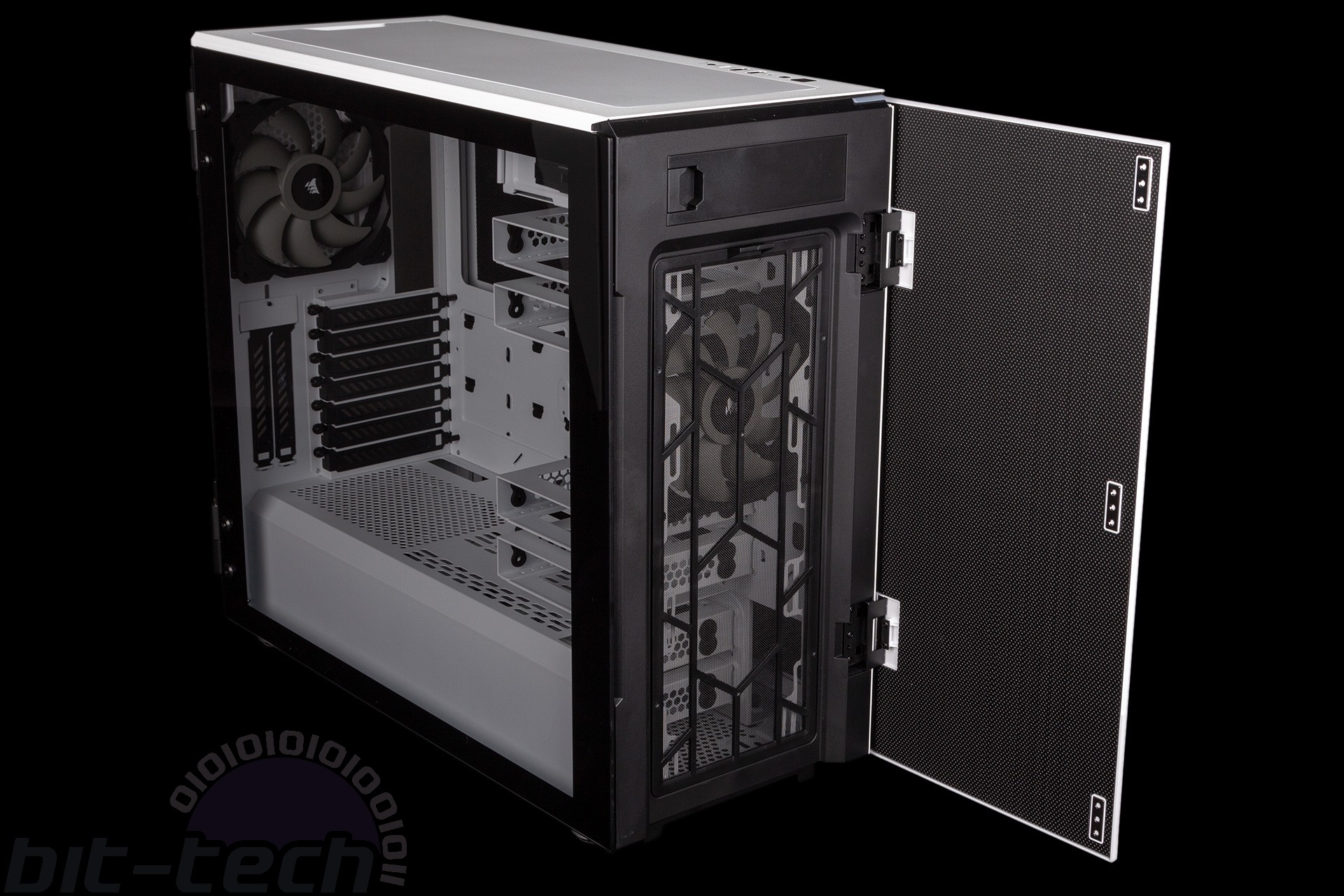 Like the solid roof cover, the magnetic front door is backed by sound dampening material to further limit noise emissions. Its design does not allow much air through to the intake area, though, and while you could technically unscrew the door and remove it, this isn’t really an intended use for this chassis, so the airflow situation stays as is. You also can’t swap the door to open in the other direction, and it locks out when it gets to 90°C instead.

Interestingly, the 678C reintroduces a single optical drive bay behind the door, so if you’ve been frustrated by how they’ve all but disappeared from new case designs, this one is worth a closer look. This has a plastic tab-based cover that’s easy to remove when it comes to installation time.

The I/O panel is found on the roof, which is fine for a case this size. It includes both a pair of USB 3.0 ports and one of the newer USB 3.1 Type-C connectors – works for us! Corsair also uses a single 3.5mm jack with for combined headphone/microphone duties. There is no integrated RGB lighting with this case, so there’s no need for any controller on the I/O. 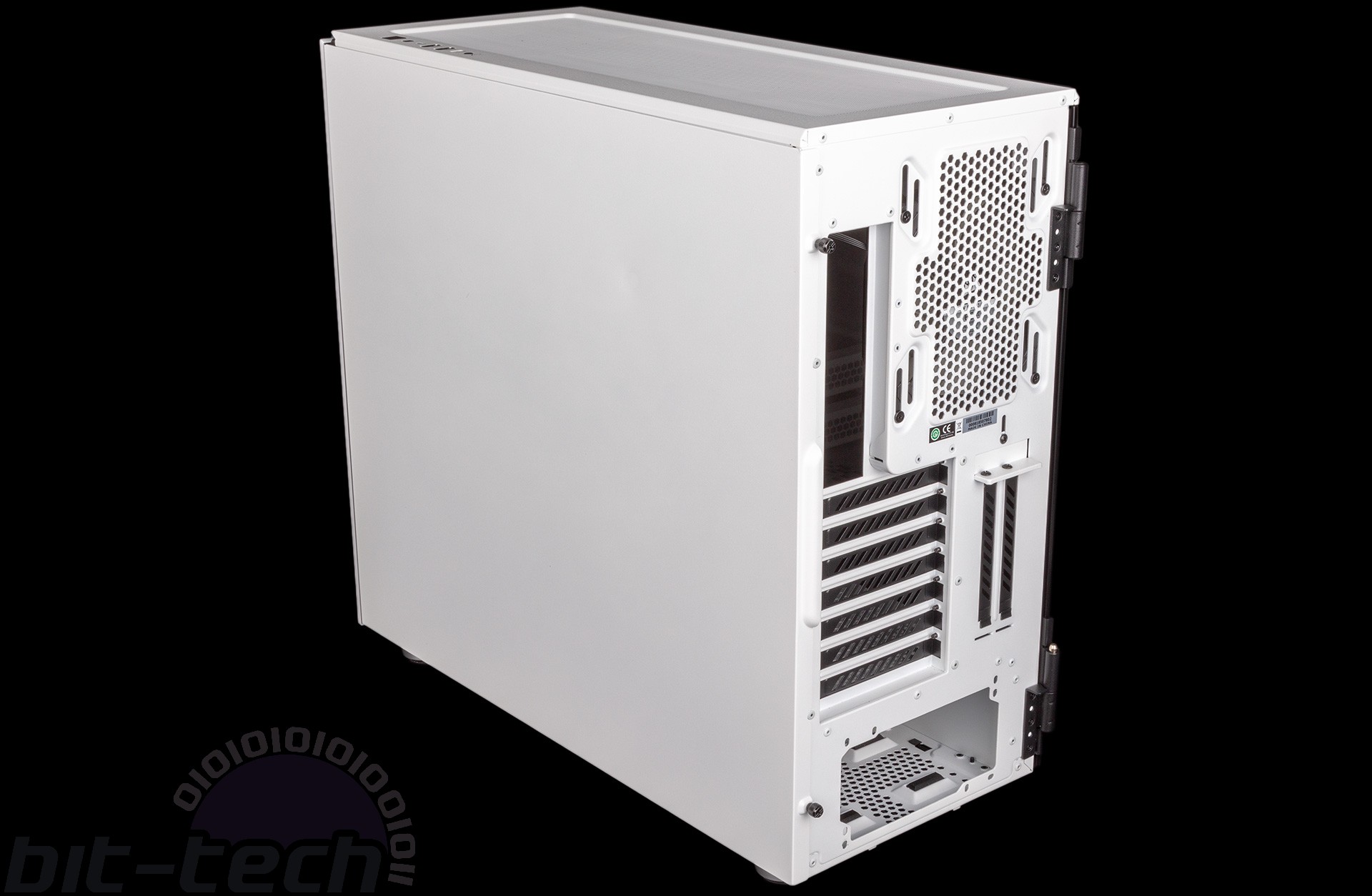 While three 140mm fans are good to see, we’re not convinced the positioning is optimal. The single front intake and rear exhaust ones are fine, but the roof one is odd. For one thing, the roof is likely to be the position of choice to mount all-in-one liquid-coolers, so anyone using one will need to remove it. You might also note that it’s mounted as an intake, clearly hoping to boost airflow towards air-coolers given how blocked up the front is. However, if you’re using the solid roof segment, this fan will be even more useless than it would have been as a second front intake. Another option would have been to have it as an exhaust in the roof’s backmost mount. 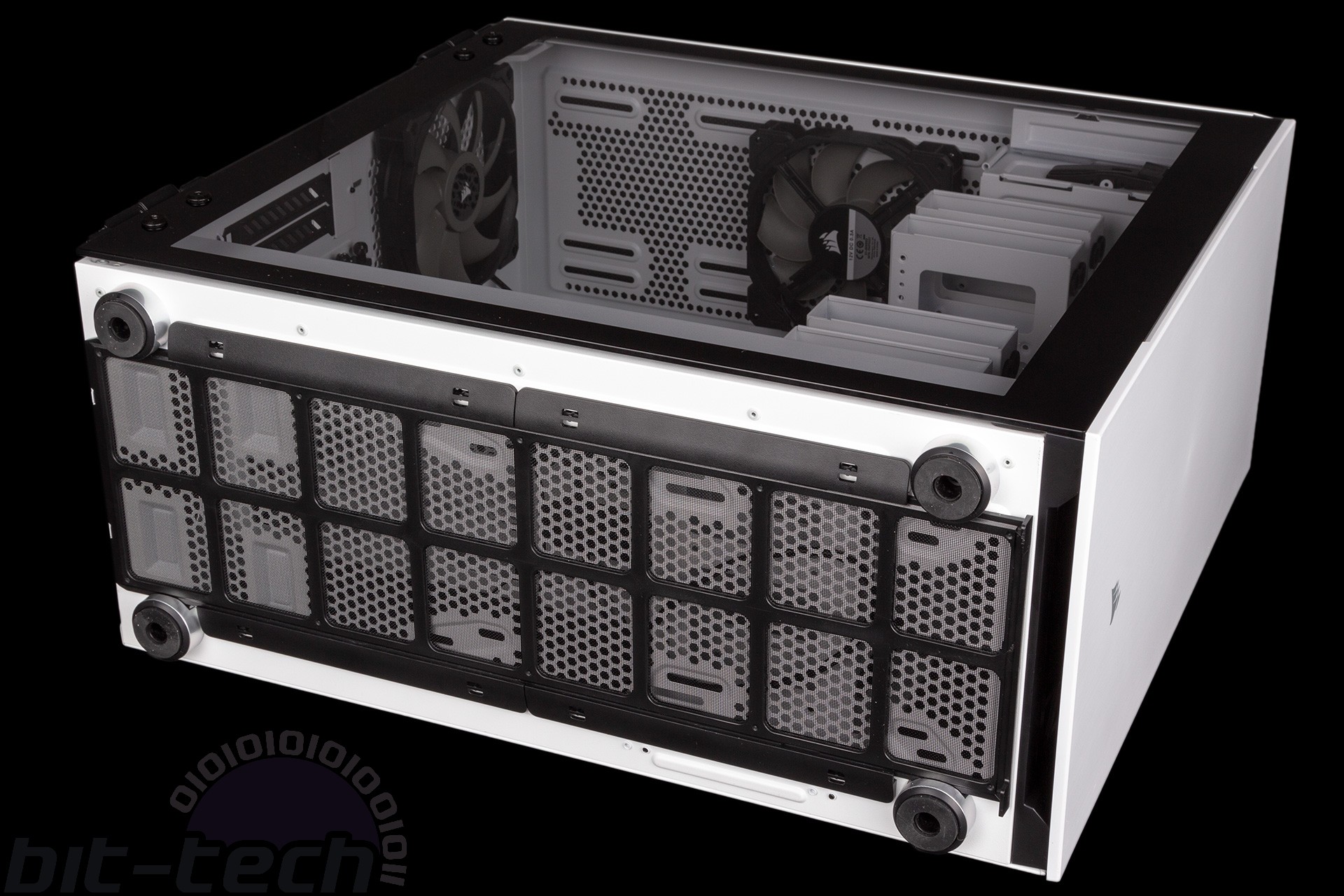 The Carbide 678C can fit up to nine fans in total, and an internal PWM fan controller can control the speed of up to six of these via a single PWM signal from your motherboard. Thankfully, all key airflow positions are protected by dust filters; as well as the optional roof one there is a removable one guarding the front intake zone, easily removed once the door is opened, and a full-length bottom filter for the lower fan area and PSU, with this one also being easy to remove and replace via the front of the case, which means you don’t have to move the case really far away from any walls that may be behind it in order to gain access. 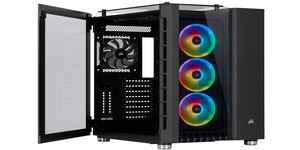 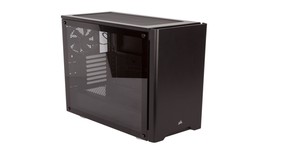