The Define Mini C offers great cooling out of the box. The CPU in our test system hit a delta T of 49°C, which is similar to other Fractal offerings of this ilk as well as being very close to the performance of the NZXT Manta. The GPU was able to keep a delta T of 46°C, which is only 2°C warmer than an open bench. This is perhaps not surprising since there is a fan blasting pretty much directly into it. Click to enlarge
Removing the ModuVent roof cover and having the dust filter in its place sees a small improvement to both results as more heat is able to escape the chassis. In fact, in this setup the case achieves the best cooling results we've seen in both instances with this hardware, although the number of cases we have to compare to is relatively low.

Despite the application of sound-proofing material to the front and roof, noise from the two fans is actually quite noticeable at full speed, which is how we test all cases,. The Define Mini C does contain noise pretty well, but it's design doesn't allow for total or near-silence unless you really focus the rest of your hardware around this principle. This makes it something of a shame there isn't some fan control that would allow users to easily switch between performance and low-noise modes, for example. Then again, with motherboards and internal PWM fan hubs now offering solid fan control options, the decision to exclude built-in options is becoming more understandable. Fractal Design's Define series of cases are often successful, although they're usually just varieties on a theme that enthusiasts are now well acquainted with. In all honesty, the Define Mini C does little to change that. As a micro-ATX tower, it's basically just a small mid-tower and the sub-£80 pricing is reflective of that – this isn't a small form factor case in the truest sense. Still, it will save you at least some space compared to your typical ATX chassis and design wise there aren't many areas where we can fault it. A few parts aren't as well made as we'd like, and some form of fan control or better support for custom water-cooling would be nice, but these aren't issues that are major or likely to bother too many customers – where it really counts the Define Mini C is sensible and solid.

The new design is tidy and, as our results show, efficient from an air-cooling perspective. It's a good choice for a new micro-ATX build, although those with a little more cash to spare might also consider the original Phanteks Enthoo Evolv. 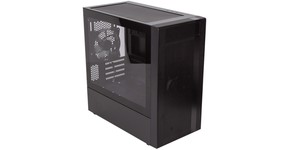 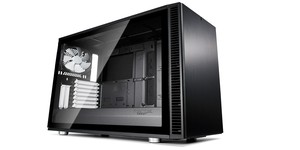 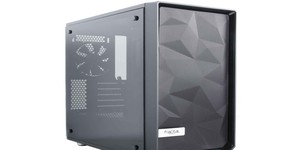