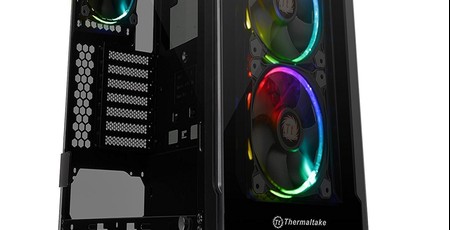 There's no vertical GPU mount here unlike the View 37 and also unlike many of its peers, no PSU cover either, and with a glass side panel, that's maybe a questionable decision given he excellent view you'll have of the interior. The issue is resolved somewhat by a large cable routeing hole in front of the PSU, so there should be only a few inches of cables on show in the base of the case if you spend some time doing things properly. 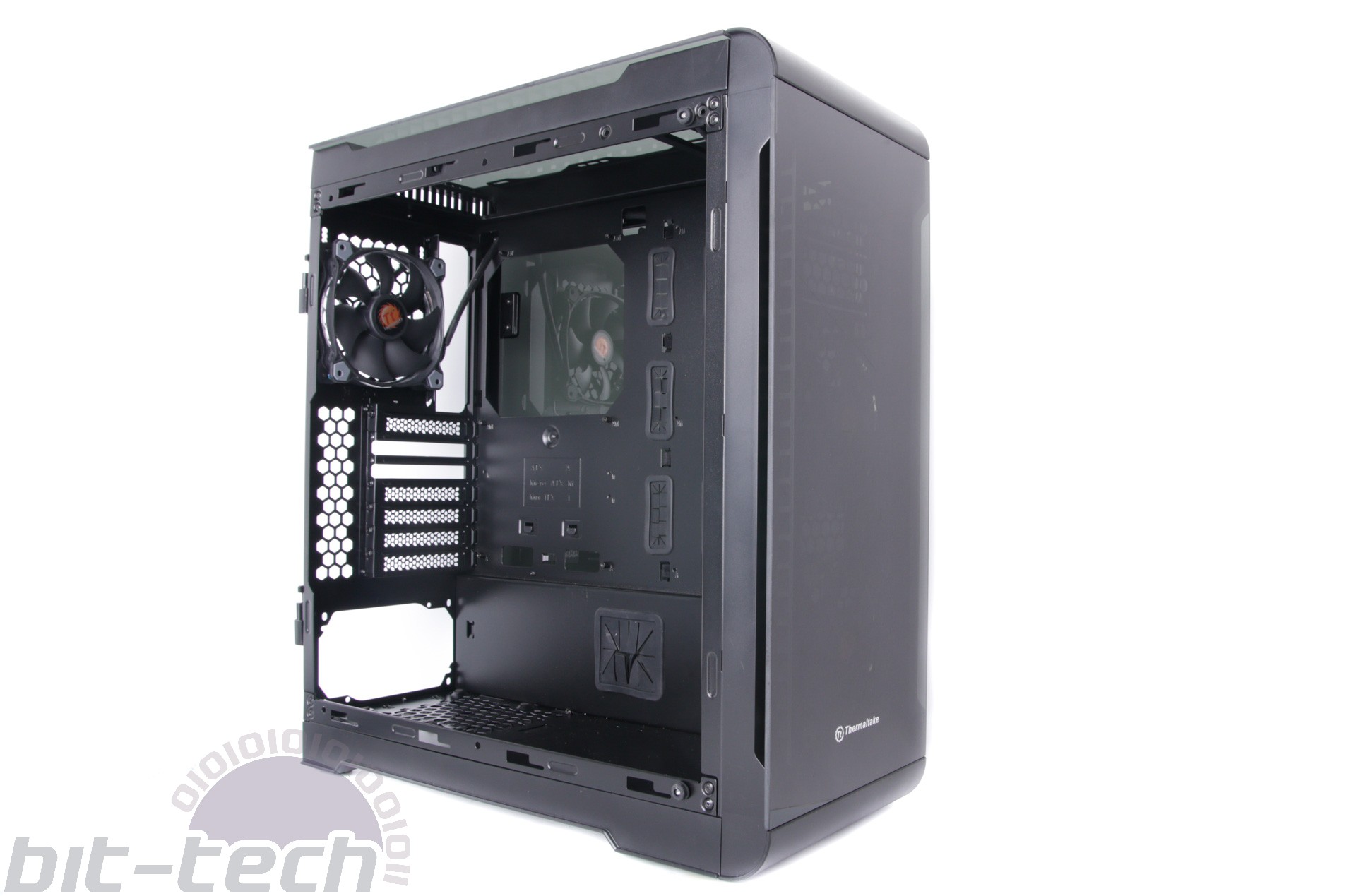 Cable routeing options are generally excellent, too, with plenty of holes around the motherboard for either slim ATX or full-size ATX boards. The main chamber is particularly clutter-free, as well, with vertically-mounted 2.5in trays and the 3.5in mounts round the rear of the motherboard tray leaving this area clear for your core hardware and perhaps some water-cooling components. 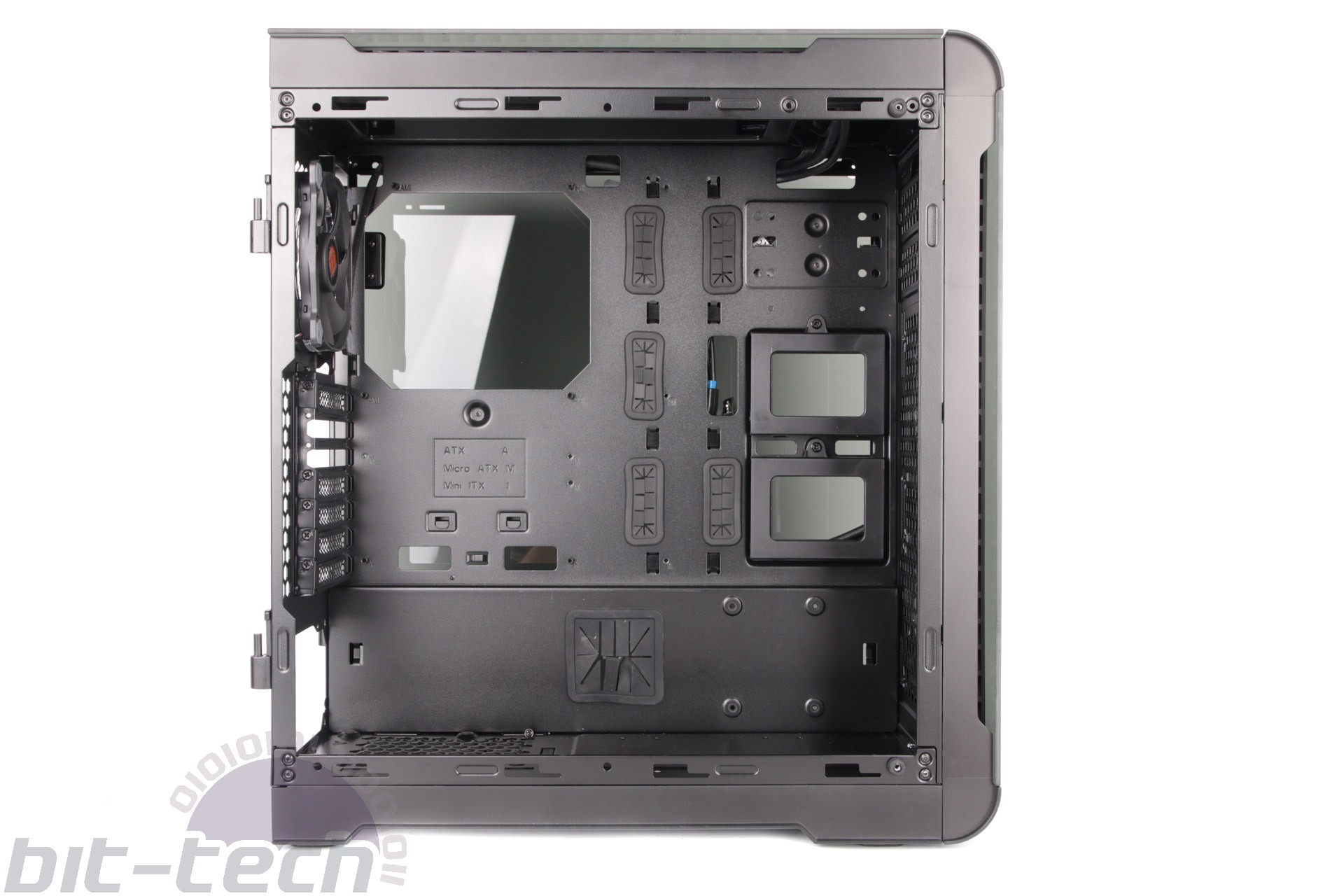 You get a pair of 3.5in hard drive trays that sit at the base of the rear of the motherboard tray and these are tool-free bar a single screw that holds them in place. The same goes for the 2.5in SSD trays, with a third round the back of the motherboard tray, so if you just have an SSD and a couple of hard disks, you can have a main chamber that's completely free of bulky storage drives. There are numerous free channels for additional fans as well as LED strips on the fan controller so if you want to boost cooling, you won't need to stray from Thermaltake's RGB ecosystem. 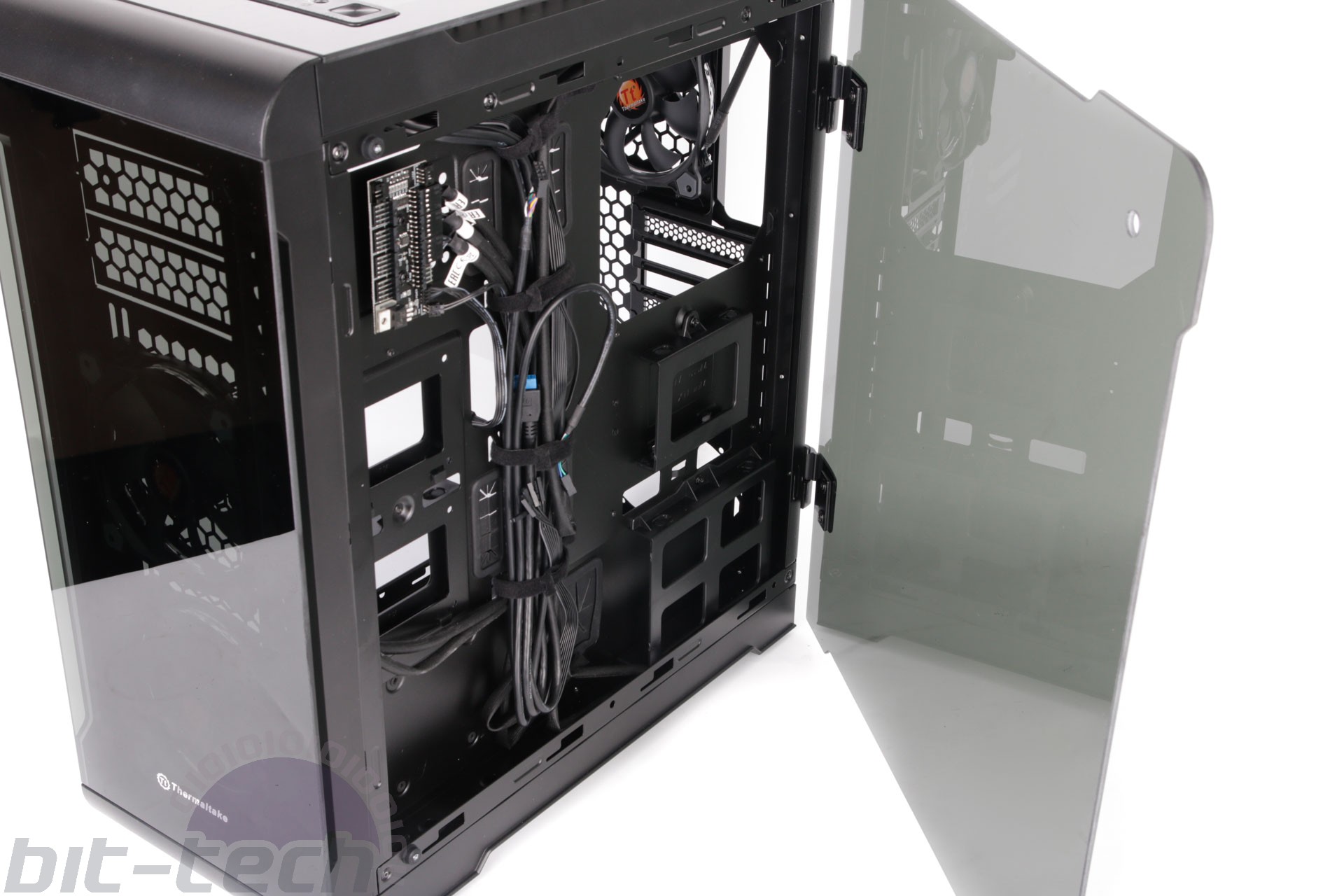 You get three 120mm Riing RGB fans in the box with two up front resulting in positive air pressure. There's space for a third up front but the case lacks any 140mm fan mounts. However, that's not to say there's no space for radiators as the View 32 is rather well-equipped here. There's essentially no depth limit in the front as there's no PSU cover or lower drive bays to get in the way so 360mm full-height radiators are a possibility, while the roof offers two more 120mm fan mounts and slim 240mm radiator support. 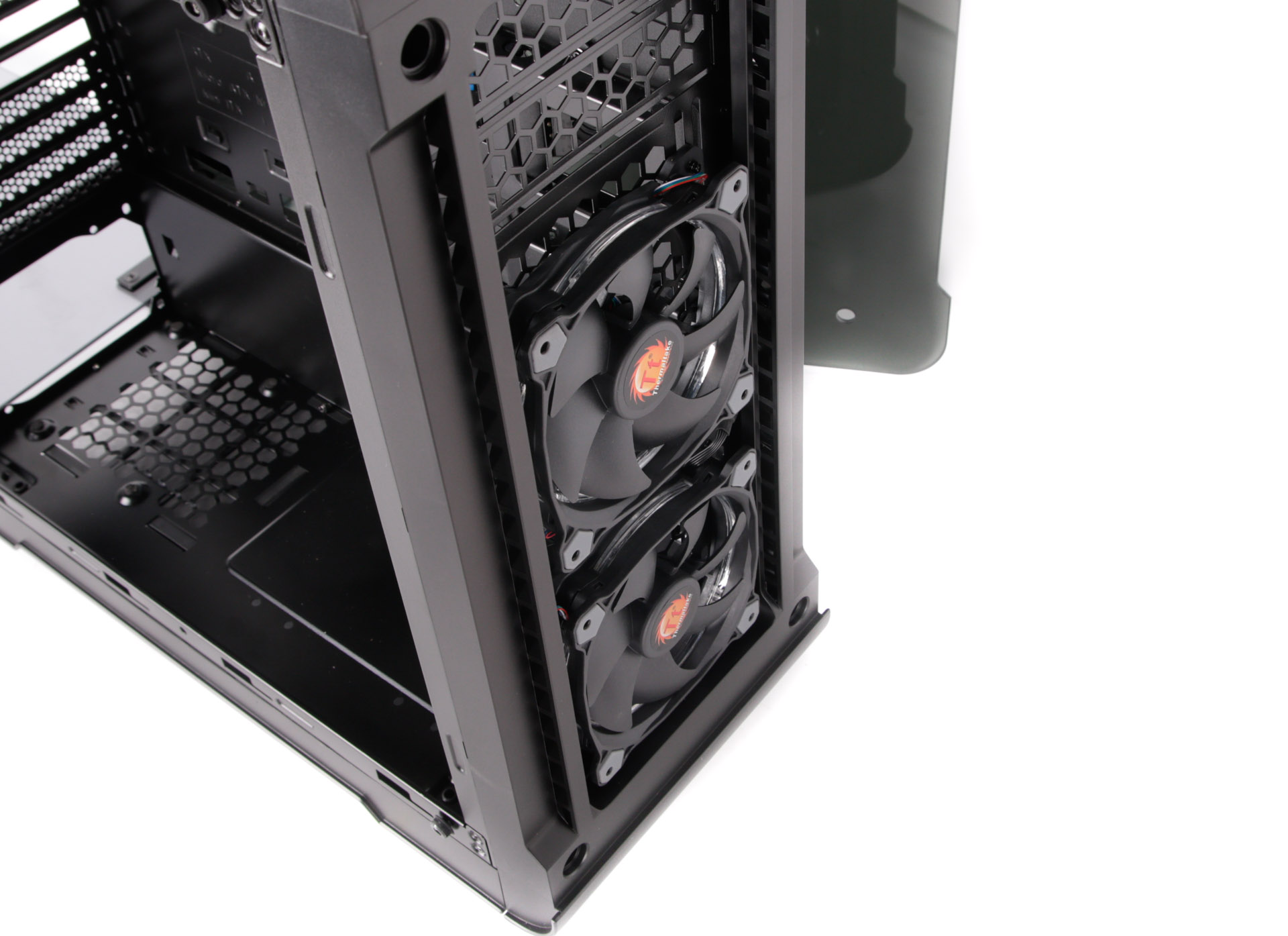 The main issues, though, like many glass-clad cases, is that ventilation isn't stellar, with slim gaps in the sides of the front and roof to allow air in or out. It's far from unusual, though, and is just one of the sacrifices you make to have a glass case. However, as well as improved aesthetics, the panels do also help to cut noise leakage from inside the case.

The rear fan mount is also limited to 120mm fans, but it is adjustable, allowing you to move it up or down to sit in line with your CPU cooler, if it's a heatsink that is, to aid airflow. This is maybe one reason we'd have liked to see PWM control over the fans as you'd ideally want to see the rear fan spin up with the CPU fan for better cooling. 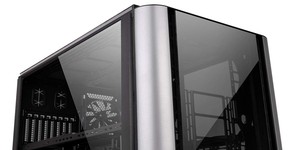 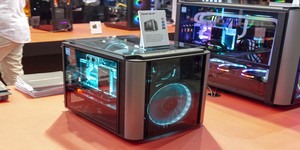 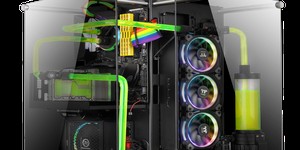