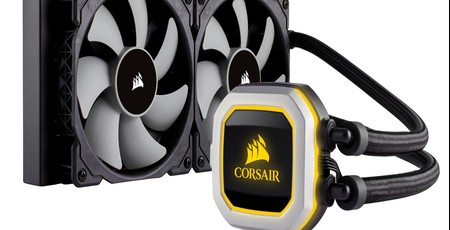 We've already seen 280mm and 360mm radiator versions of Corsair's new Pro series AIO coolers in the H150i Pro RGB and H115i Pro RGB, but being rather large courtesy of fan numbers or fan size, they're still limited in their appeal, not least of all because not all cases can house them. Hence 120mm and 240mm AIO coolers are still vital parts of AIO cooler line-ups and the Corsair H100i Pro RGB slots into the latter format with a slim 240mm radiator and pair of 120mm fans. The only current desktop CPU socket the cooler isn't compatible with is Socket TR4 for Threadripper, at least out of the box, but Corsair has stated that an optional bracket will be available. The new pump section is easier than ever to use, though, with a locking ring rotating into place to cater for Intel and AMD sockets, with the latter using clips that secure to the stock AMD mounting points, so you use the same parts for Socket AM4 as you do for older AMD sockets. The rest is your standard Asetek mounting kit, with a backplate, double-threaded mounting pins and thumb screws - all extremely easy to deal with and if you've had hands-on with other Asetek coolers over the last few years you'll find it very familiar. You're not limited to just using the two included fans thanks to Corsair including screws for another pair as well, which you could use to create a push/pull setup if your case allows, for better cooling. As per usual, you get smaller screws to mount the radiator directly to your case, for example in the roof, with the fans beneath exhausting air out. The ML series fans themselves appear to be quite different to those on the other Pro-series coolers, being able to spin up to 2400rpm. That's double the speed of those on the H115i Pro RGB and 800rpm faster than those on the H150i Pro RGB, which means that despite less radiator surface area, the H100i Pro RGB can potentially match or better those larger coolers thanks to significantly higher airflow and an identical pump.

There's also a zero RPM mode, which allows the fans to stop spinning completely under low loads. The downside, though, is that you'll be dealing with significantly more noise under load, with Corsair stating up to 37dBA here compared to just 20dBA for the H115i Pro. Thankfully, the latter is also £10 more. 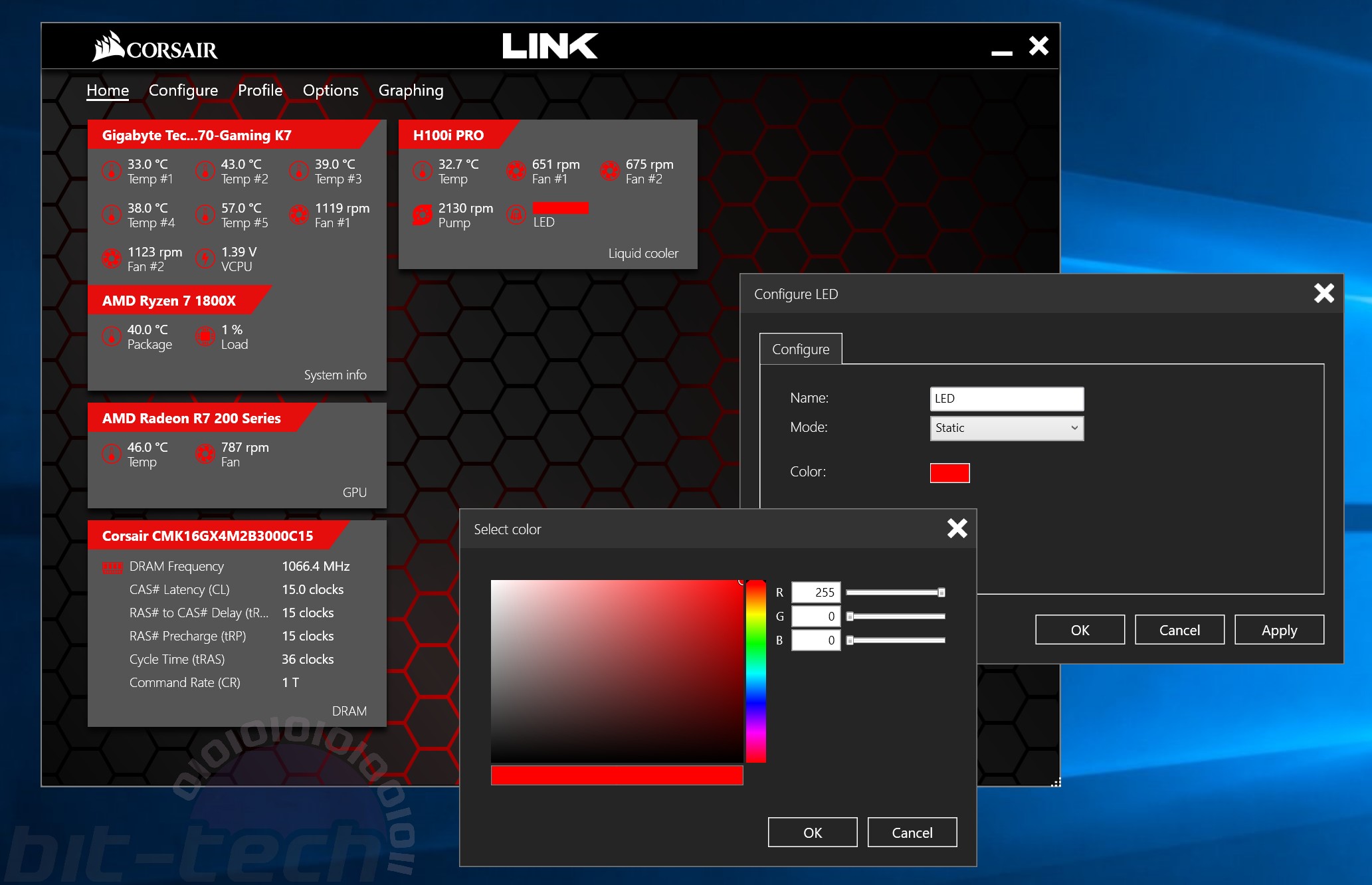 Corsair's Link software, via a USB cable that connects the pump section to a USB 2.0 header, allows you to tweak the RGB lighting on the pump in various modes as well as picking from the full RGB colour pallet to match your motherboard's lighting or hardware colours, but the real benefit from firing it up is to be able to fine-tune the cooling performance and noise. Each fan and the pump can be controlled separately or together using pre-set profiles with a fair degree of customisation on offer, too. For instance, if you want to keep pump noise to a minimum you could use the quiet profile here and set the fans to performance mode or vice versa, or create a custom response curve. 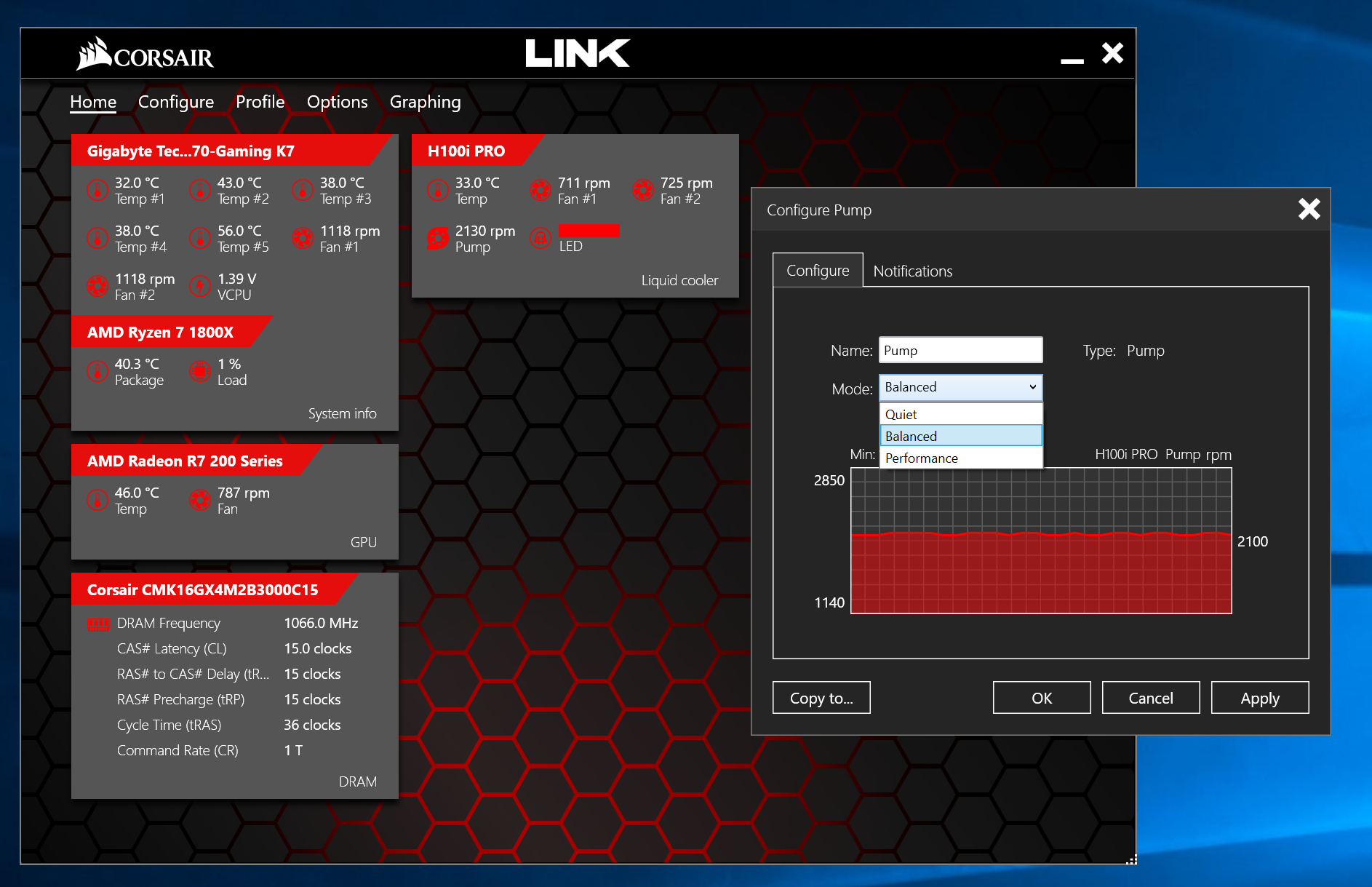 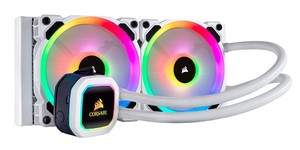 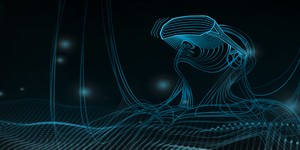 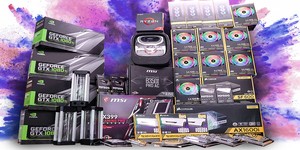 Alex shows you what we have planned for this insane build!