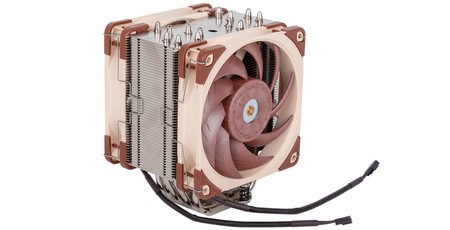 Noctua gets off to a brilliant start on the LGA 1151 test system, which uses an overclocked Core i5-7600K. Regardless of whether it’s using both fans at full speed or just a single fan operating with the low-noise adaptor cable in place, it outshines every other cooler, including multiple all-in-ones with large radiators, which really speaks to the efficiency of its heatsink design. We do suspect we are running into bottlenecks with this system (e.g. the CPU heatspreader, power output from the CPU) that prevent high-end coolers from differentiating themselves more clearly, hence why the different fan speed results make no real difference, and we therefore don’t think you should read too much into differences between the coolers with delta T results of between 40°C and 42°C/43°C, but either way it’s a fantastic result for Noctua, and if you are using the LGA 115x platform with a more demanding setup (e.g. Core i9-9900K with 5GHz+ overclock), the NH-U12A will clearly take it in its stride.

Our LGA 2066 system is a whole different beast with its overclocked 18-core Core i9-7980XE and proves again that you should not extrapolate performance from one socket to another. Noctua still delivers a fantastic result for an air-cooler, one that’s on par with multiple mid-range 240mm-based AIO designs, but larger and more premium water-cooling solutions do flex their muscles more clearly here, and Noctua is reliant on keeping airflow up, as even dropping the fan speed by 15 percent with the LNA cables saw the temperature rise by 5°C. That still left Noctua outperforming the Dark Rock 4 by 7°C, though. If you’re keeping your LGA 2066 system at stock for stability purposes, the NH-U12A clearly fits the bill, but if you’re going the overclocking route you’ll want to stick with liquid-cooling.

Lastly, our AM4 system sits at a mid-way point between the two Intel ones with its overclocked eight-core Ryzen 7 1800X. With both fans at full speed, the delta T is 49°C, which again keeps pace with many all-in-one coolers. Better yet, having only one fan or two fans with the LAN cables fitted only sees temperatures go up by 2°C, and even with a single speed-limited fan the NH-U12A posts a respectable result of 54°C, which is 4°C better than Be Quiet!’s Dark Rock 4.

In terms of noise, the cooler is clearly audible when both fans are running at full whack, but it isn’t annoying or whiny. Using the LNA cables only knocks 300 RPM or so off the maximum speed, but this seems to have been carefully chosen, as noise drops noticeably. You’ll still hear it over an otherwise quiet system, but it hits a great balance of noise to performance, and the optimum setup in our opinion is to have both fans mounted and both LNA cables in place while using a PWM curve.

The NH-U12A is proof that Noctua’s sterling reputation in this industry has been and continues to be well earned. Its build quality is high from every angle, from the heatsink proper through to the fans, mounting brackets, and even the cables. SecuFirm 2 continues to impress with its ease of installation, and the cooling performance is excellent for a cooler this size. Noise is well balanced as well, and the LNA cables are a solid addition for noise-conscious users. 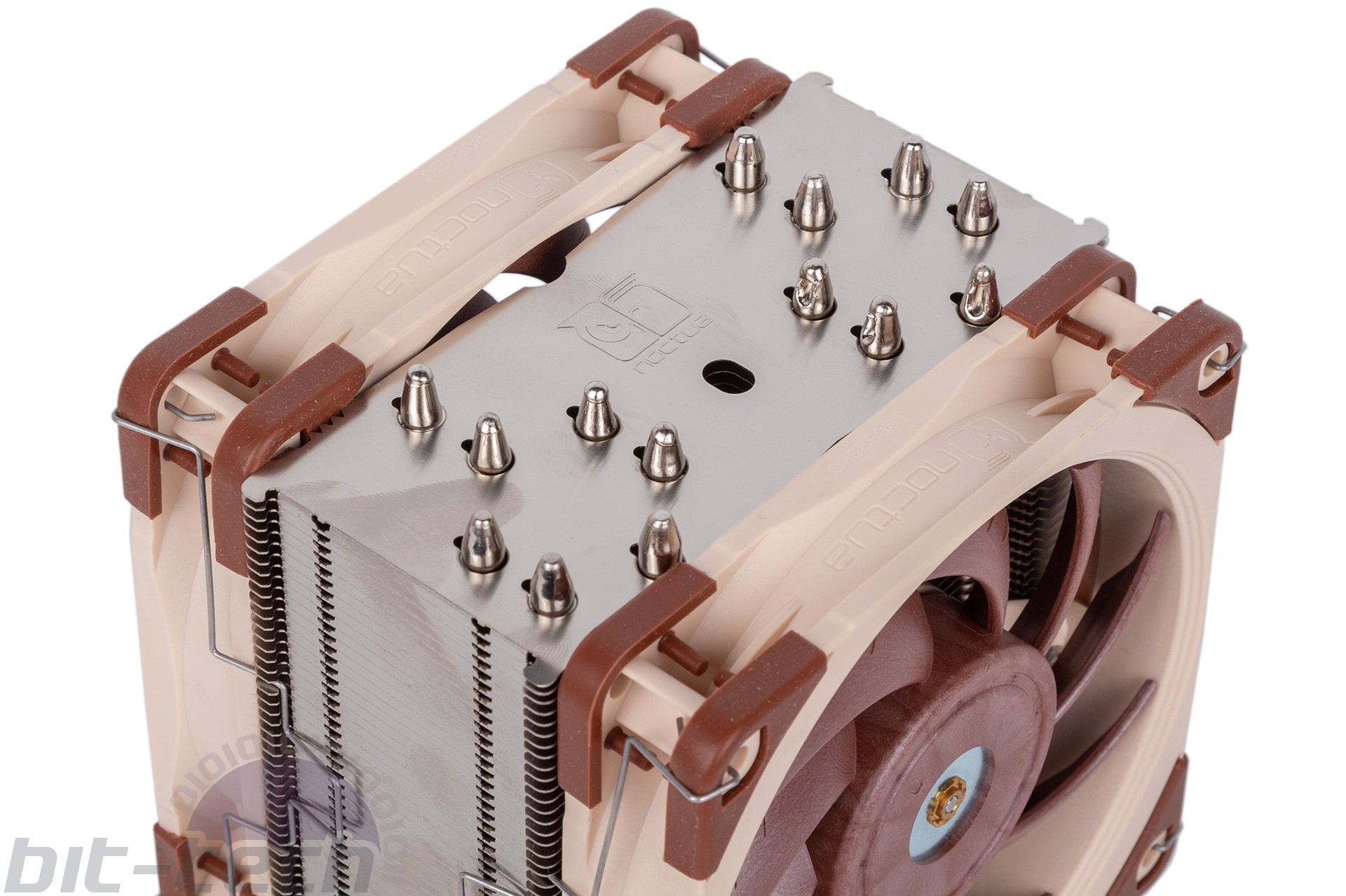 Noctua’s colour scheme will always divide opinion, especially these days, but at least the brand has an identity. Other than that, the only reason not to buy this if you’re seeking premium air cooling is if you have space for the company’s 140mm-based coolers, as we reckon you’ll get even less noise from the larger fans. Overclocking on LGA 20xx CPUs is also still best served by liquid-coolers, but on mainstream sockets the NH-U12A embarrasses a large portion of the AIO market, and there’s no need to worry about pump noise, leaks, or degrading performance over time.