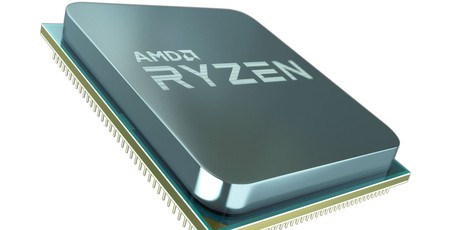 Included in the eye-catching packaging of the Raven Ridge press kit – no doubt designed to inspire a wealth of unboxing videos – was a USB stick said to include the necessary Radeon drivers and overclocking software to aid our testing. 'What a lovely gesture,' we naively thought. As it turns out, the USB stick was empty. We begin this review with this little anecdote because it is unfortunately a fitting narrative for this launch as a whole: good ideas undermined by flawed execution. 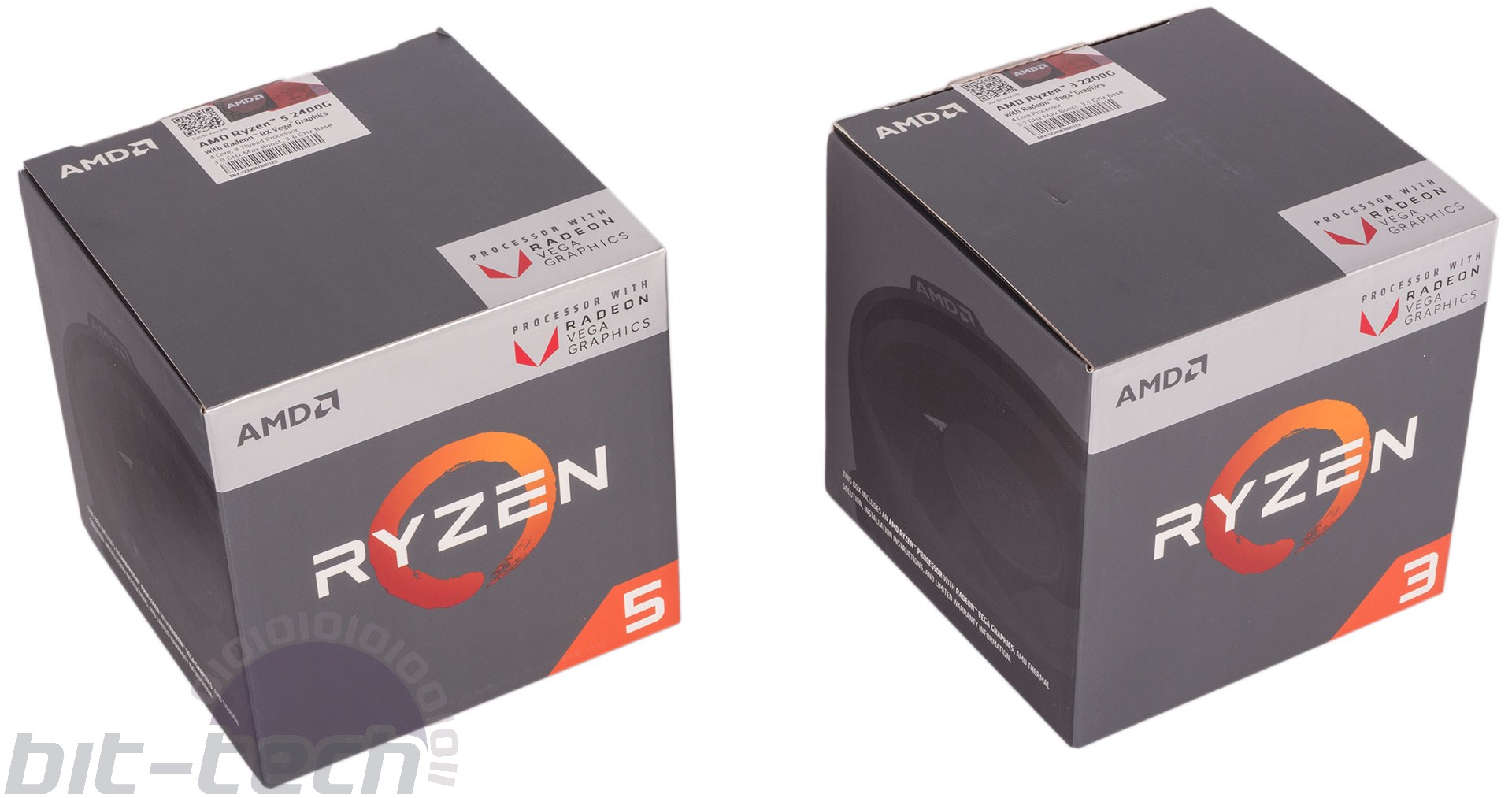 Raven Ridge is the family codename for what is now officially the AMD Ryzen Desktop Processor with Radeon Vega Graphics range, or AMDRDPRVG for short (okay, not really). What launches today is a pair of relatively low-end chips in the overall Ryzen stack – the Ryzen 5 2400G and the Ryzen 3 2200G – that bring integrated graphics to the Ryzen desktop ecosystem for the first time, following its original launch for mobile last year. Merging second-generation Ryzen CPU cores (signified by the first '2' in the names) with Vega graphics cores (signified by the 'G' suffix) onto a single package, the two new chips fit the AM4 socket and are compatible with existing AM4 motherboards and chipsets. Ultimately, these chips are also replacements for the Ryzen 5 1400 and Ryzen 3 1200 in the stack, designed to give AMD more leverage in the highly competitive sub-£200 and sub-£100 markets where discrete GPUs are often not needed.

AMD is quick to remind people that it is unique in offering both high-end CPUs and high-end graphics, and the Raven Ridge APUs are a coming together of its most recent innovations in these fields. They are both quad-core parts, but the Ryzen 5 2400G adds Simultaneous Multi-Threading (SMT) to increase the available thread count to eight. In this regard, both chips are a match for the ones they replace, but AMD has also managed to add graphics functionality and increase CPU clock speeds while sticking to the same TDP and package size, something only achievable through a series of design tweaks.

All Ryzen 3, 5, and 7 desktop CPUs thus far have been built on a dual-CCX (CPU Complex) design. Each Ryzen CCX comprises four cores, so this has meant disabling cores in one or both CCXs in the six- and four-core parts. For these two new chips, however, we get a single-CCX design with all four cores enabled (and SMT, too, for the Ryzen 5 2400G). This saves space and improves latency, but the trade-off is that you lose cache and GPU PCIe lanes, which are halved to 4MB and x8 respectively. 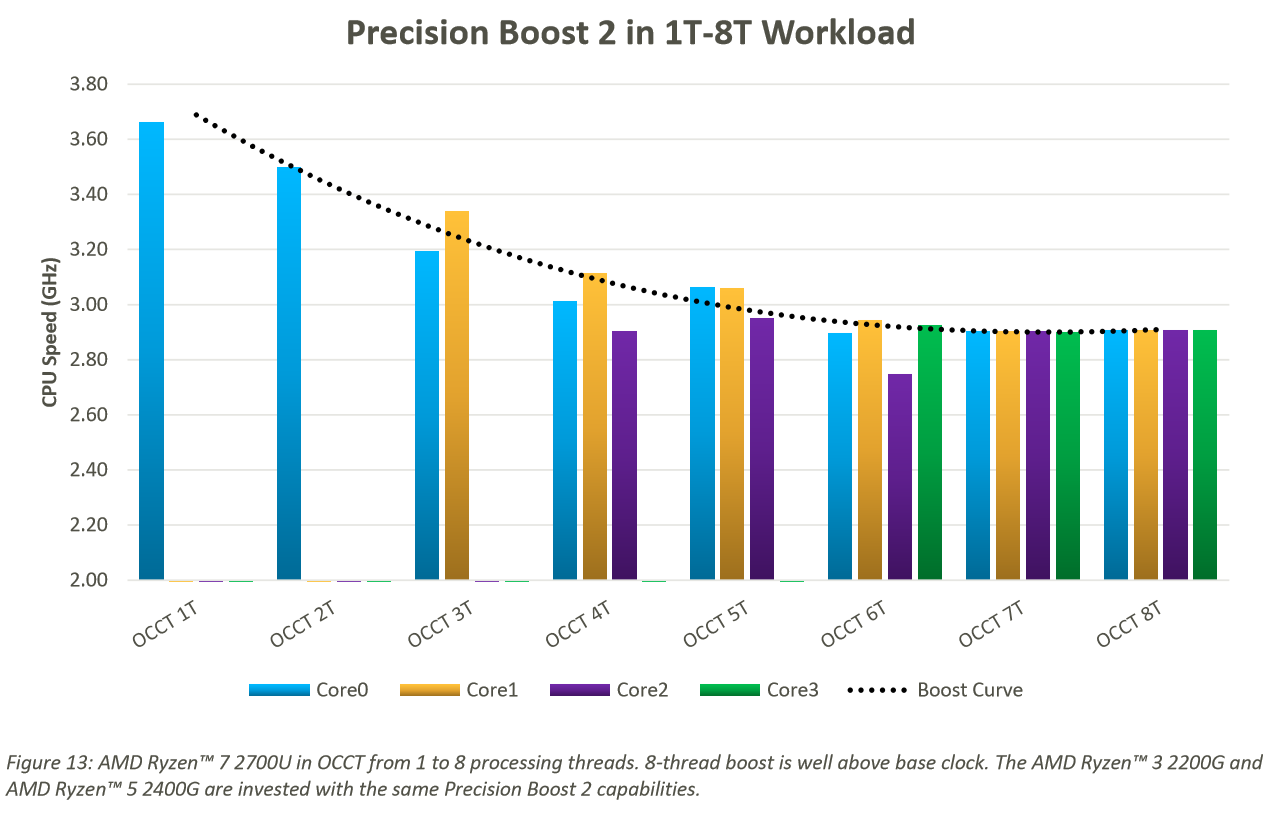 The loss of cache is partially offset by frequency boosts, which has been made possible by the 14nm+ process resulting in a better voltage/frequency curve for second-generation Ryzen parts. For the same voltage (and thus power), you can run at higher frequencies. Silicon-level tweaks have also brought about improvements for the speed and latency of cache and memory structures, according to AMD. AMD's boosting algorithms, now known as Precision Boost 2, have also been improved to be more opportunistic and ultimately give users higher average boost clocks more of the time.

PCIe lanes were arguably an easier sacrifice to make, as Gen 3.0 x8 still leaves enough bandwidth for any card likely to be used, and even top-tier cards would probably hardly notice the difference. Like the first-gen Ryzen parts, these new chips still have an extra eight lanes for non-graphics tasks, four of which are reserved for the chipset and four which can be used for high-speed storage or other devices.

Despite offering faster CPU cores and new graphics functionality, pricing is the same or lower than the outgoing parts. Part of this will likely be a result of reduced production costs of Ryzen and Vega cores compared to launch, but AMD also points to 'a revised CPU package and a transition to a traditional nonmetallic TIM [thermal interface material]' as aiding here.

A quick note on security: AMD Zen-based processors like these are immune to the recently-revealed Meltdown vulnerability, but not to the Spectre ones. That situation does not change with these CPUs, so users will still need to apply the relevant microcode updates when possible – AMD is still yet to release any such update. Hardware-level immunity is not expected to come from AMD until its Zen 2 parts launch in 2019.

On the graphics front, these new chips will be the leaders when it comes to integrated solutions. AMD expects performance on par with $75 GPUs and is targeting 1080p gameplay with low or medium settings in modern games.

The Ryzen 5 2400G has 11 Compute Units for a total of 704 cores running at up to 1,250MHz, while the Ryzen 3 2200G drops to eight CUs (512 cores) running at up to 1,100MHz. Both parts have 16 ROPs and the same front-end as the Radeon RX Vega 64 with two Hardware Schedulers and four Asynchronous Compute Engines. As ever, there is no dedicated onboard GPU memory; instead, the GPU must share DDR4 system memory with the CPU. On that note, the two new APUs have official support for 2,933MHz memory, which is higher than any other consumer processor.

The Vega architecture brings with it modern features with regards to display capabilities including FreeSync, multiple display outputs, and support for streaming 4K HDR content thanks to HDCP 1.4/2.2 support. You also get H.264 and H.265 (HEVC) encode and decode capabilities. 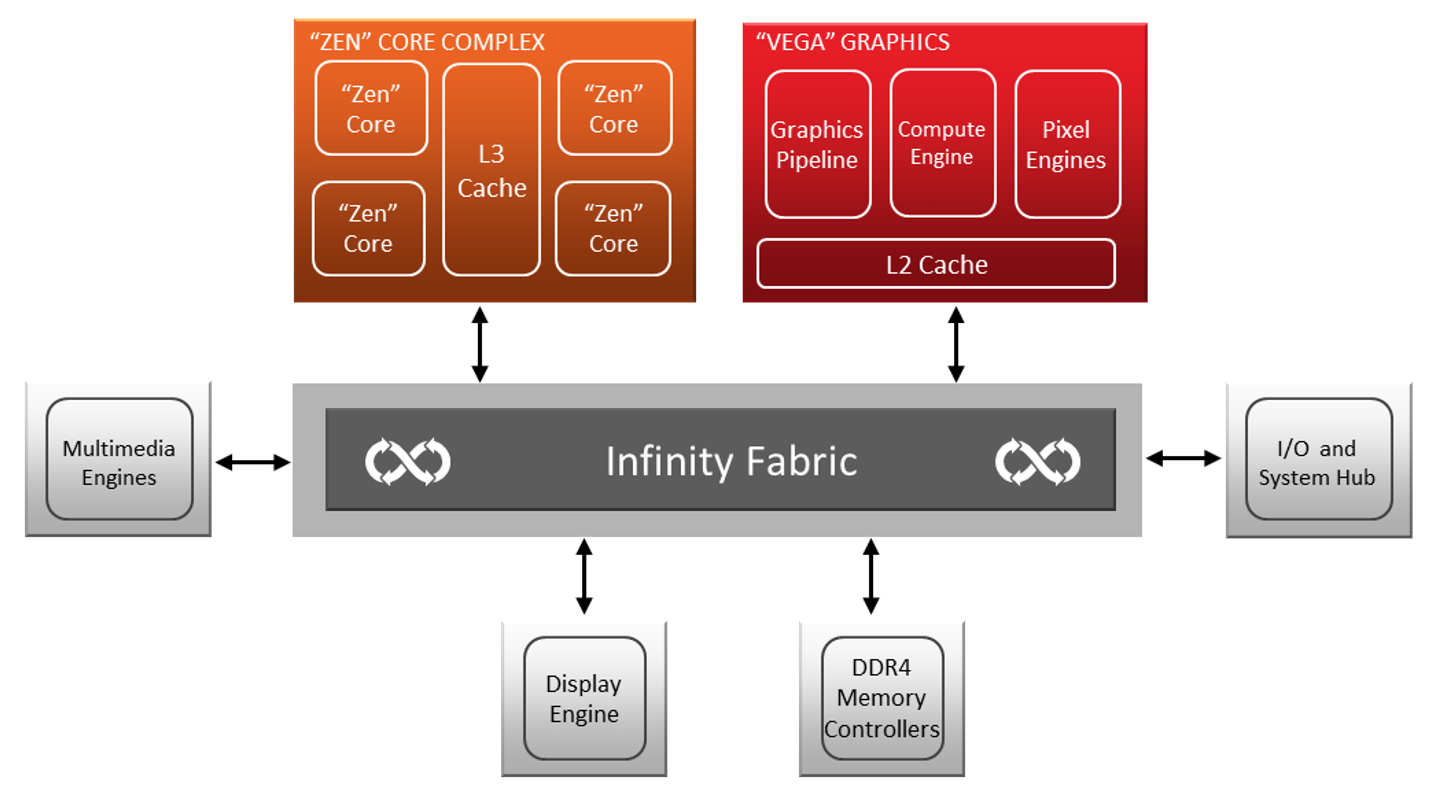 Making these APUs possible is the AMD Infinity Fabric, a control and data layer that essentially ties the constituent parts together and allows them to communicate with each other in an intelligent way. As well as the CPU and GPU cores, the system DDR4 memory controllers, display engines, multimedia engines, and I/O controller all connect to this layer. It is also vital for AMD's SenseMI family of technologies, which includes Precision Boost 2 and feeds off of sensors throughout the chip that track current, voltage, wattage, and temperature to intelligently manage and adjust power and performance and also to manage cache fetches and perform branch prediction.

Looking at the wider ecosystem, these Socket AM4 parts are – in stark contrast to Intel's recent LGA 1151 shenanigans – compatible with the full range of existing AM4 motherboards (over 120 now) via a BIOS update. They will also work in the upcoming 400-Series of AM4 boards that will launch in conjunction with Pinnacle Ridge Zen+ parts. Motherboards that don't require a BIOS update will be marked with a 'AMD Ryzen Desktop 2000 Ready' sticker.

Also pleasing is the fact that the CPU, GPU, and DRAM frequencies are all fully unlocked. Better yet, AMD claims that there is a lot of thermal headroom since the AM4 ecosystem is designed to accommodate 95W chips – we certainly saw some good overclocks on original 65W Ryzen parts, so hopefully the same is true here. It's worth remembering that memory frequency is especially important where onboard graphics are concerned, as it's a real bottleneck in GPU-limited workloads. 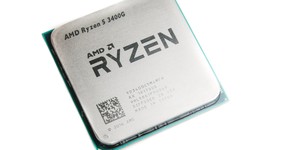 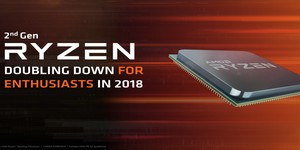 New chipset and boards inbound, too.