As of our GTX Titan review, we've updated our GPU test rig. It's now equipped with the multi-GPU powerhouse that is the Asus Maximus V Extreme, allowing us to run up to 4-card SLI and CrossFire with 8x PCI-E 3.0 lanes per card.

We've also updated the CPU to an Intel Core i5 3570K running at 4.2GHz to raise the CPU headroom, and paired it with 8GB of 2,400MHz Corsair Dominator DDR3.

The chassis has also been uprated to NZXT's Switch 810, a case big enough to house even a pair of Asus' Ares 2 graphics cards. Powering that many graphics cards has also required a replacement power supply with the Lepa G1600 1600W PSU offering more wattage and 8-pin PCI-E power connectors that we'd ever need.

Our benchmarks remain the same mix of custom in-game time demos and manually-played sections, using FRAPS to record the average and minimum frame rates. We strive to not only record real-world performance you will actually see, but also present the results in a manner that is easy to digest. We test at 1,920 x 1,080 (1080p), 2,560 x 1,600 and 5,760 x 1,080.

We'll be adding a number of new titles to our benchmark suite shortly, namely Crysis 3 and Far Cry 3, but for now our array of BF3, Skyrim, The Witcher 2 and Crysis 2 are enough to push most set-ups to their limits. 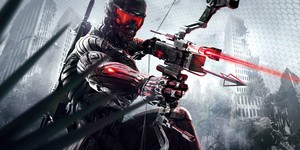