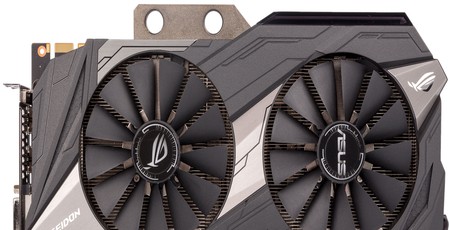 GTX 1080 Ti performance is well established by now, so we needn’t dwell on the specifics for too long. AMD simply has no answer to it, and the Radeon RX Vega 64 is left well behind in every game benchmark. What you get here is a card capable of smooth 4K gameplay even when all the settings are cranked up, and if you’re gaming at 1440p or on an ultra-wide 3,440 x 1,440 monitor instead, you’ll get even higher frame rates, often with minimums above 60fps. It’s great performance, but then again you would hope so given that it’s an £850 investment at a minimum.

Out of the box, this cards holds its own against other GTX 1080 Ti cards that have marginally higher clock speeds and better coolers – the Inno3D one has a built-in all-in-on liquid-cooler while the Aorus one sticks with air but is better for being designed solely for air rather than air and water like this one. The frame rate differences are effectively meaningless. 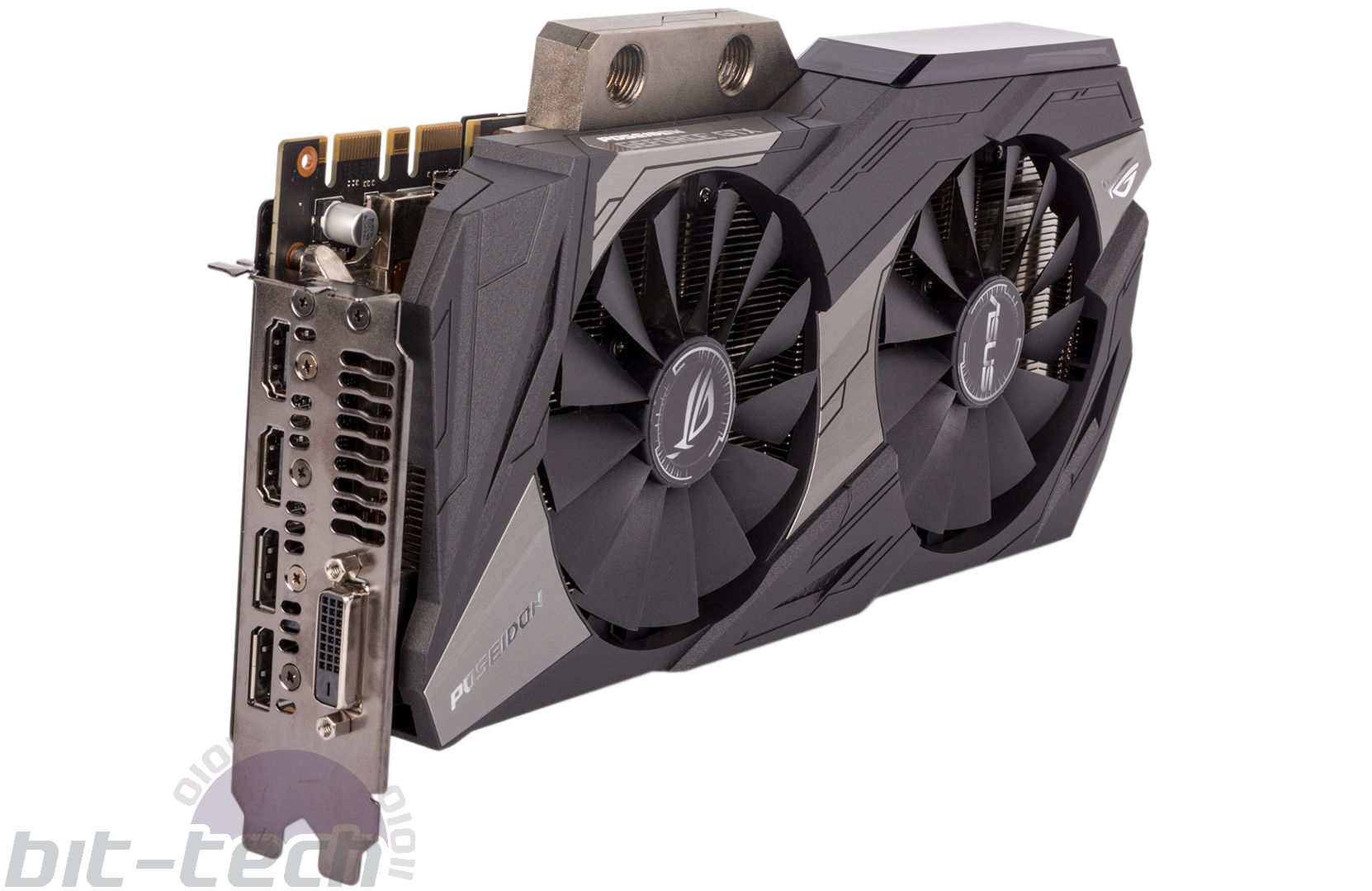 Of course, you’re unlikely to buy a card like this just to air-cool it, at least not permanently, as it’s the ability to water-cool it that is the standout feature (as well as a big bulk of the cost). If you choose to take advantage of this, you’ll immediately be rewarded with higher clock speeds; the most common in-game boost speeds of 1,860MHz and 1,886MHz in Gaming Mode and OC Mode increased to 1,936MHz and 1,949MHz respectively simply by dint of being under water thanks to the improved thermal headroom. Admittedly, this isn’t enough to make a difference beyond a few fps in games, but it’s worth noting that when the card was overclocked on air alone, its boost speed was only reaching 1,974MHz.

The most obvious difference water makes is to temperature, and our GPU dropped from a delta T of 59°C to just 39°C. This is a considerable difference, of course, but this result is still only 1°C better than that managed by the Inno3D GTX 1080 Ti iChill Black, which uses a simple all-in-one liquid-cooler with a 120mm radiator and single, PWM-controlled fan instead of our more elaborate (and expensive) custom setup with a separate pump, reservoir, 240mm radiator and dual fans running at full speed. We think it is safe to say, therefore, that you will get considerably better mileage in this regard from a true custom water block, though that's unsurprising given the necessarily compromised designed this one uses.

Another knock-on benefit is to noise. With the GPU kept so cool, the fans barely have a reason to turn on. From running at a clearly audible level of 76 percent (just over 1,800 RPM) when under prolonged load (raised to 83 percent or around 2,000 RPM when overclocked), the behaviour under water meant the fans peaked at a very modest and inaudible 32 percent (about 750 RPM) using out-of-box settings and only a touch higher when we overclocked it manually. 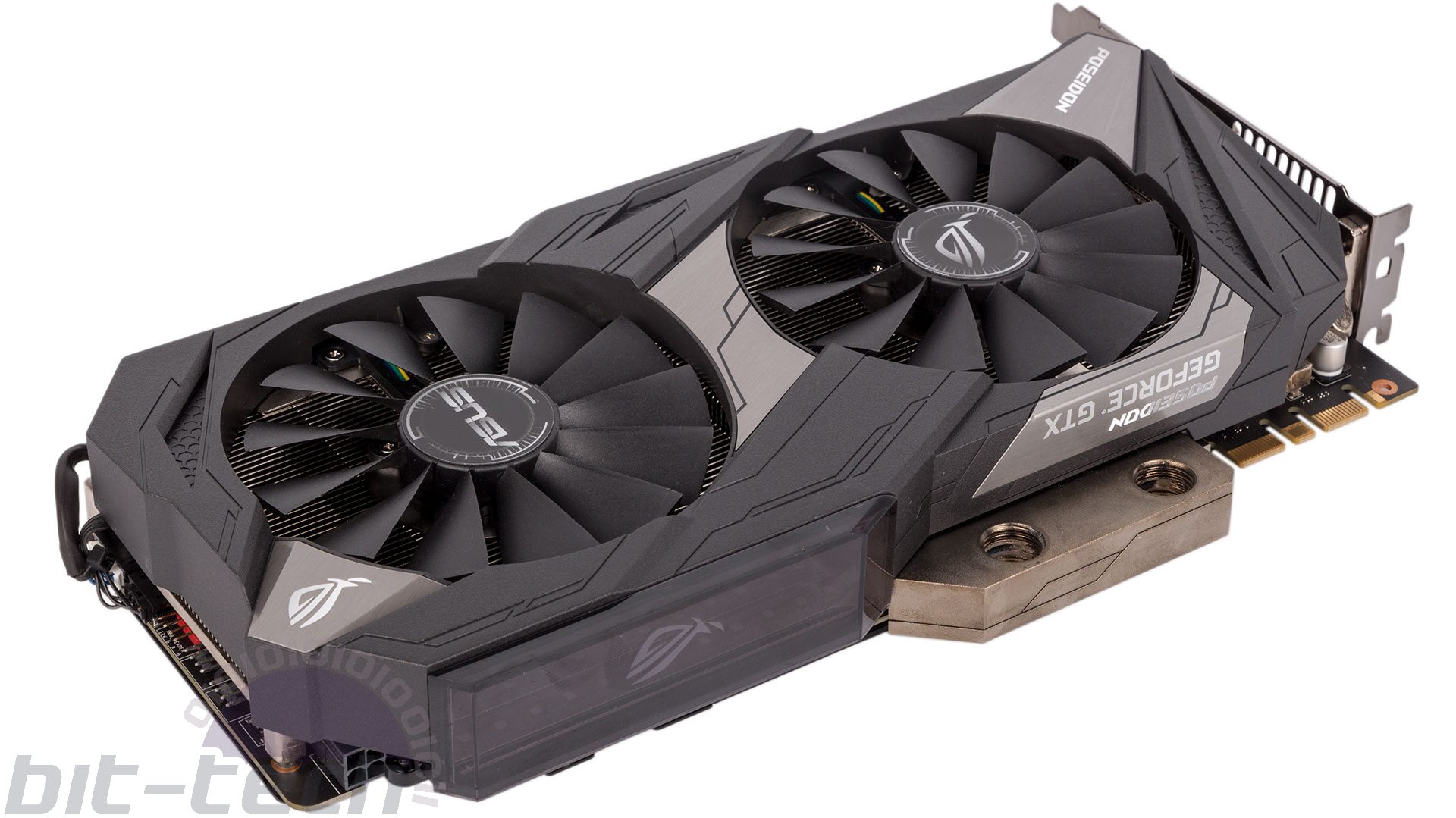 The overclocking results are fine, but they’re nothing special. The air-cooled frequencies were a little behind what we’re used to seeing from high-end air-cooled GTX 1080 Ti cards, and it took liquid-cooling for the GTX 1080 Ti ROG Poseidon Platinum to keep pace, boosting to around 2,025MHz under sustained load. That said, the memory speed of 12.4Gbps is fantastic, and both the core and memory did benefit from being under water, so if you get luckier than us with your sample you could be in for a treat, but there’s no guarantee.

The Asus Poseidon cards have always been an interesting proposition, and this one is no different. If you have zero interest in water-cooling now or in the future, it’s not for you – dedicated air-cooled cards are more fit for the purpose, so pick from the many good options available. So, assuming you are interested in liquid-cooling, what are your options? All-in-one coolers like those used by the MSI Sea Hawk and Inno3D iChill Black technically are one means, and they will get you low temperatures and require zero additional investment, but these are more of an aside, since what we really mean is custom liquid-cooling.

If you’re already experienced and even have a loop on the go, likely your best option is to buy a card and fit a dedicated water block to it. You’ll have a cooler, smaller, and arguably better looking card as a result, and the cost won’t be much different to what we have here. You’ll lose your warranty, but you could avoid even this by buying a prebuilt water-cooled card like those from Aorus, EVGA, or Overclockers UK. 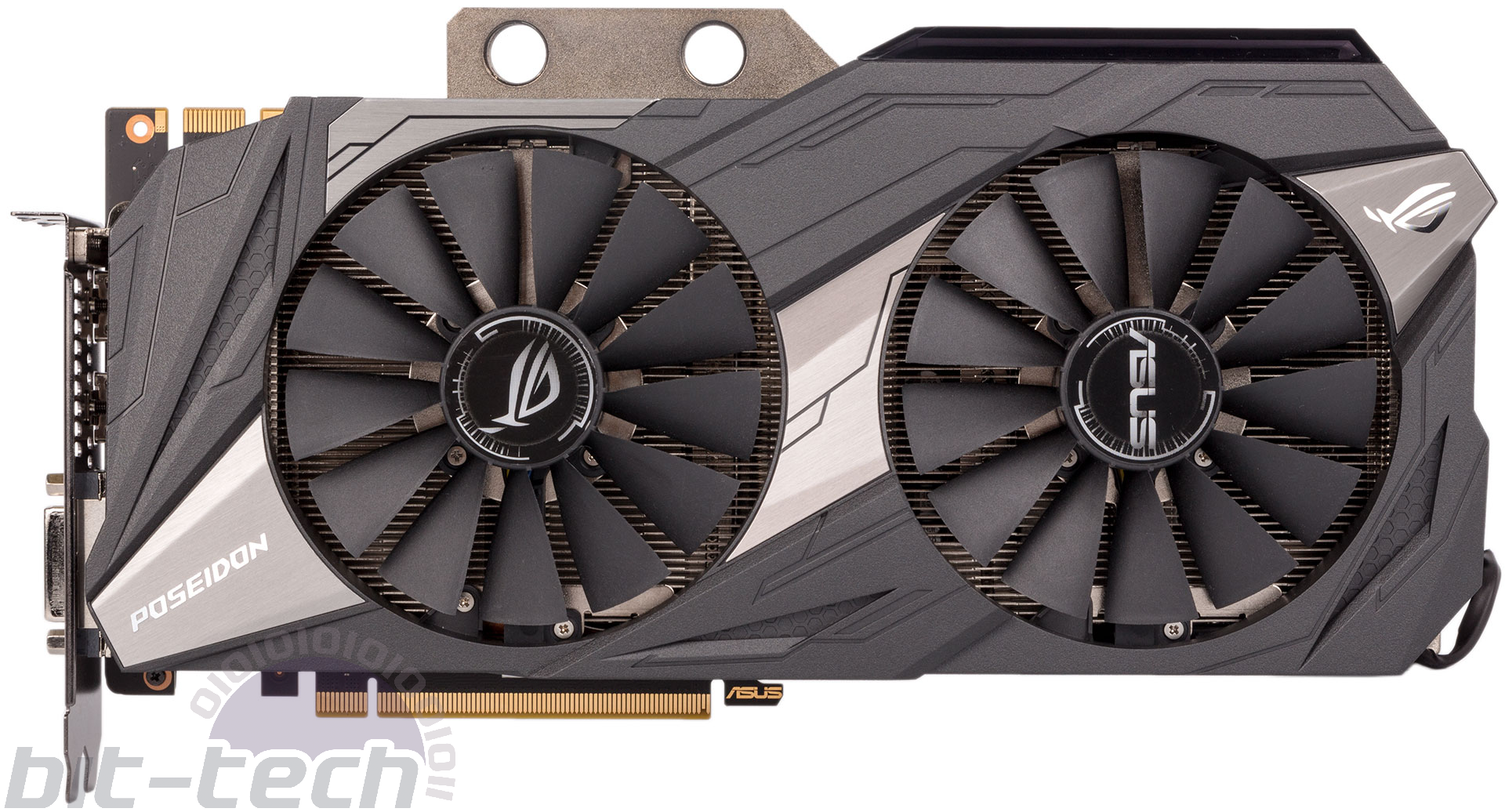 What the GTX 1080 Ti ROG Poseidon Platinum offers – uniquely, as far as we can tell – is the ability to buy the card now, game immediately, then upgrade to a water-cooling loop later without having to break your warranty or invest even more time, money, and effort in fitting a block.

To be sure, this is going to be a (very) niche audience, but it’s one that this card serves very well, so it’s for those and those only that the award below applies to. There are compromises both from an air and water-cooling perspective (noise for the former, size for the latter, and temperature for both when compared to dedicated solutions), so it helps a lot that it’s so well built, heavily overclocked, good looking, and comes with some tasty features like the onboard RGB and fan headers. If you’ve decided that the card meets your needs and are just looking for a seal of approval, we’re more than happy to bestow it here.