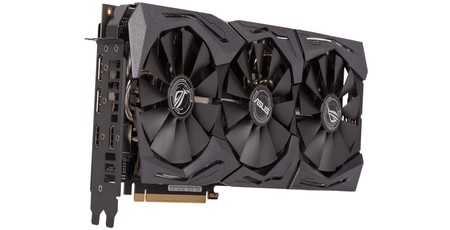 For a long time now, Asus’ focus when it comes to GPU has been the ROG Strix brand. In many ways this is understandable; it’s the company’s crème de la crème, a card traditionally packed with features and unashamedly priced that little bit higher than competing flagship parts. When paired with GPUs that are themselves top-tier, this strategy makes sense, but repeatedly we’ve taken issue with Strix cards that use mid-tier GPUs, because the price premium Asus believes they command often puts them at odds with baselines models of the next GPU up the stack. Unfortunately, the RTX 2060 ROG Strix OC has a UK MSRP of £455, and we’ve seen it on sale for as high as £470. That’s at least £125 more expensive (38 percent!) than the already-decent Founders Edition card, and worse still it’s right in line with entry-level RTX 2070 SKUs. Can any card possibly justify such an investment? Let’s find out. 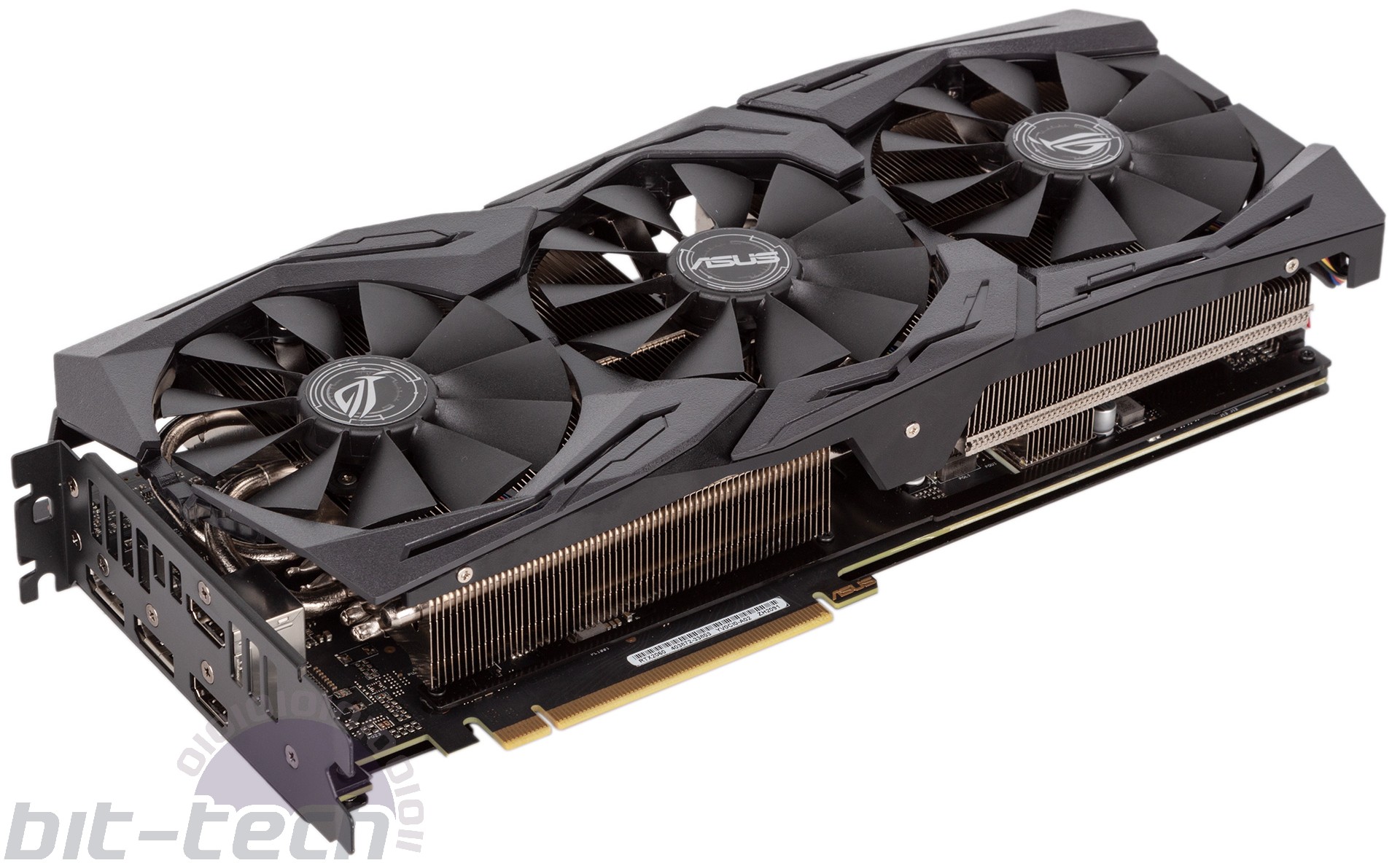 As ever, the Strix card comes with a very beefy cooler, with this specific card measuring 300mm long, 132mm tall, and requiring three expansion slots from your motherboard thanks to its roughly 2.5-slot design. Asus uses this cooler design on GPUs as demanding as Vega 64 and GTX 1080 Ti, so we’re expecting some excellent temperatures given that the RTX 2060 is a 160W GPU at stock frequencies. Build quality is very good, although we’d still prefer Asus to switch to a metal cooler shroud instead of plastic. The metal backplate, meanwhile, very much adds to the card’s robustness.

Asus has raised the boost clock by 150MHz (nine percent) to 1,830MHz. Exact specs of all custom RTX 2060 parts are still TBC, but from what we’ve seen so far this is the joint highest boost clock, with Palit, EVGA, and Gigabyte all seeming to have cards that match this. That said, Asus’ GPU Tweak II software will allow you to switch the card into OC Mode, which adds 30MHz to the base/boost clock and increases the power limit to 110 percent. To be honest, it seems silly not to just have the card run at this frequency out of the box. It’s also a shame that the memory is not overclocked, instead being left at 14Gbps. As per Nvidia's apparent rules for its partners, the fact Asus is running a factory overclock here means the card is using one of the binned 'A' variant GPUs (TU106-200A), just like Nvidia does in its own reference-speed Founders Edition.

A neutral colour scheme is a good idea when RGB lighting is involved, which it very much is here. The cooler shroud has numerous small RGB strips integrated, and one thing we really like is the illuminated ROG logo built into the backplate, as this is the part of the card that will most often actually be seen in a standard build. Another good idea is the dedicated switch on the board to turn the lights on or off.

As ever, the RGB lighting is compatible with the Asus Aura Sync ecosystem and thus can be synchronised with other compatible hardware. Sadly, though, the Aura Sync software is currently severely compromised by a major security issue, somewhat undermining this feature as a whole. We have reached out to Asus for an up-to-date comment about this situation and will update the article if and when we hear back, but for now the advice remains to keep Aura Sync uninstalled.

Next to the LED toggle switch is a dual-BIOS switch. By default the card runs the Q BIOS (Q for Quiet), whereby the fan profile is optimised for low noise and the fans will switch off completely whenever the GPU is below 55°C. Users can also switch to P BIOS (P for Performance), in which the fan profile is optimised for low temperatures and the fans will not switch off. The software-based OC Mode will have the same impact on frequencies and power limit in either one.

Asus deviates from the reference design when it comes to display outputs. Firstly, there’s no DVI header, which is no big loss, with Asus instead opting for two DisplayPorts and two HDMI outputs instead of the usual three/one split. The reason is to allow HDMI-based VR headsets and HDMI displays to remain connected at the same time, saving a subset of users the headache of constantly switching. That seems reasonable, although Asus’ decision to drop the USB Type-C VirtualLink header is puzzling. Asus doesn’t seem to be alone in this decision, but this isn’t a card known for cutting back on features. Update 28/01/19: We quizzed Asus about this, and we were told that the decision to exclude USB Type-C was made 'on suggestion from Nvidia'. This doesn't really explain the reasoning, especially as Nvidia's own Founders Edition does include it, but Asus certainly isn't the only board partner to follow this 'suggestion'. We remain just as puzzled, but we'll leave it at that.

An eight-pin/six-pin PCIe power plug combination is overkill for the RTX 2060 GPU, but we wouldn’t expect anything less from Asus here. The plugs have little LED indicators to show users everything is working as it should, and the fact they’re indented means your cables shouldn’t add much more to the height of the card.

On the front side of the PCB are three headers. Two of them are four-pin PWM fan headers, which make up the feature known as FanConnect II. This allows you to connect up to two fans directly to the GPU and control their speed based on GPU temperature. The third header is an Aura RGB header to which you can connect four-pin RGB strips or accessories (non-addressable), thus bringing them into the Aura Sync ecosystem – see above for our reservations regarding that topic, though.

Asus is using its previous-generation GPU fans (Wing-Blade) here instead of the latest Axial-tech ones found on the Strix variants of the RTX 2080 Ti and RTX 2080. These fans come with an IP5X ingress rating against dust and as mentioned are semi-passive when using the default Q BIOS. Heat will largely be recycled back into your case, though, so ensure you have good exhaust airflow.

The metal of the bulky cooler fills the card’s considerable volume well, so space isn’t being wasted. Asus uses what it calls a MaxContact GPU plate, referring to it being apparently 10 times flatter than vague ‘traditional’ contact plates. Heat is then passed from this copper plate along six copper heat pipes and two separate aluminium fin stacks. Nickel plating ensures a consistent colour and shine to the cooler too, and VRMs are looked after by the heatsink as well thanks to a large thermal pad. Meanwhile, the GDDR6 memory is cooled by a separate metal frame that also bolsters the card’s rigidity. 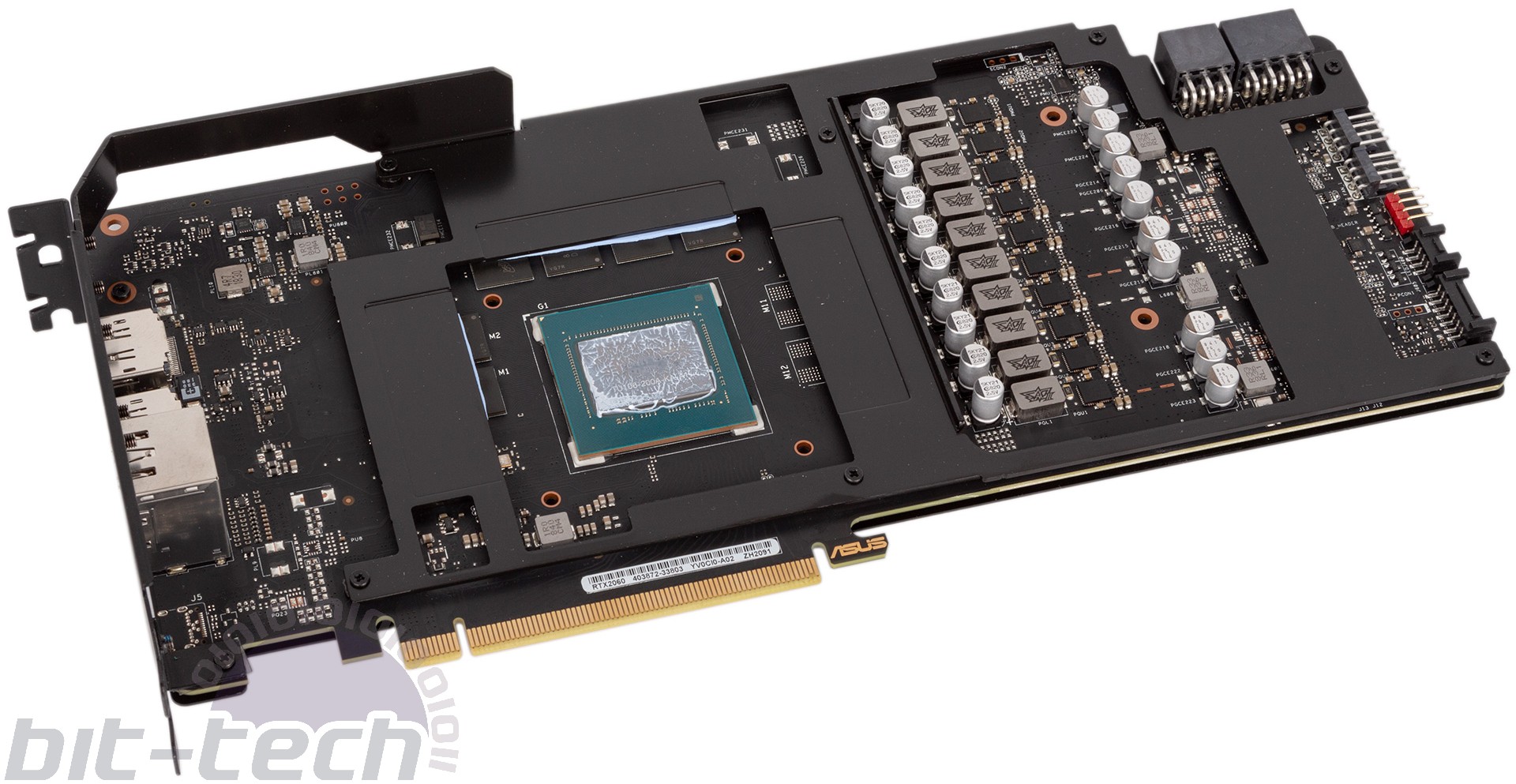 Only six screws need be removed to take off the entire cooler, which is great if you need to perform maintenance or switch to water-cooling. The card benefits from Asus’ Auto-Extreme automated manufacturing process, which is also responsible for the clean and consistent look of the PCB.