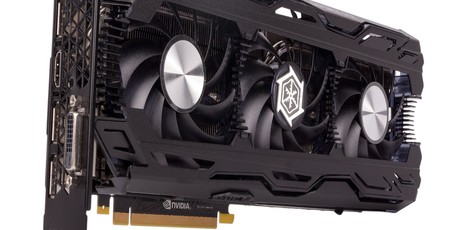 Each Nvidia graphics card release these days is accompanied by a seemingly endless array of third-party designs (in stark contrast to those from AMD, sadly), and the GTX 1070 Ti has been no different. Battling for a place in your rig is the iChill X3 card from Inno3D, and first impressions are great when you take it out of the box thanks to an exceptionally solid construction. Not only does it have a metal backplate (a necessity given the size and weight of the thing), but the cooler shroud too is hewn from strong metal, a nice touch that’s missing from premium SKUs of competitors, even ones as dominant as MSI and Asus. 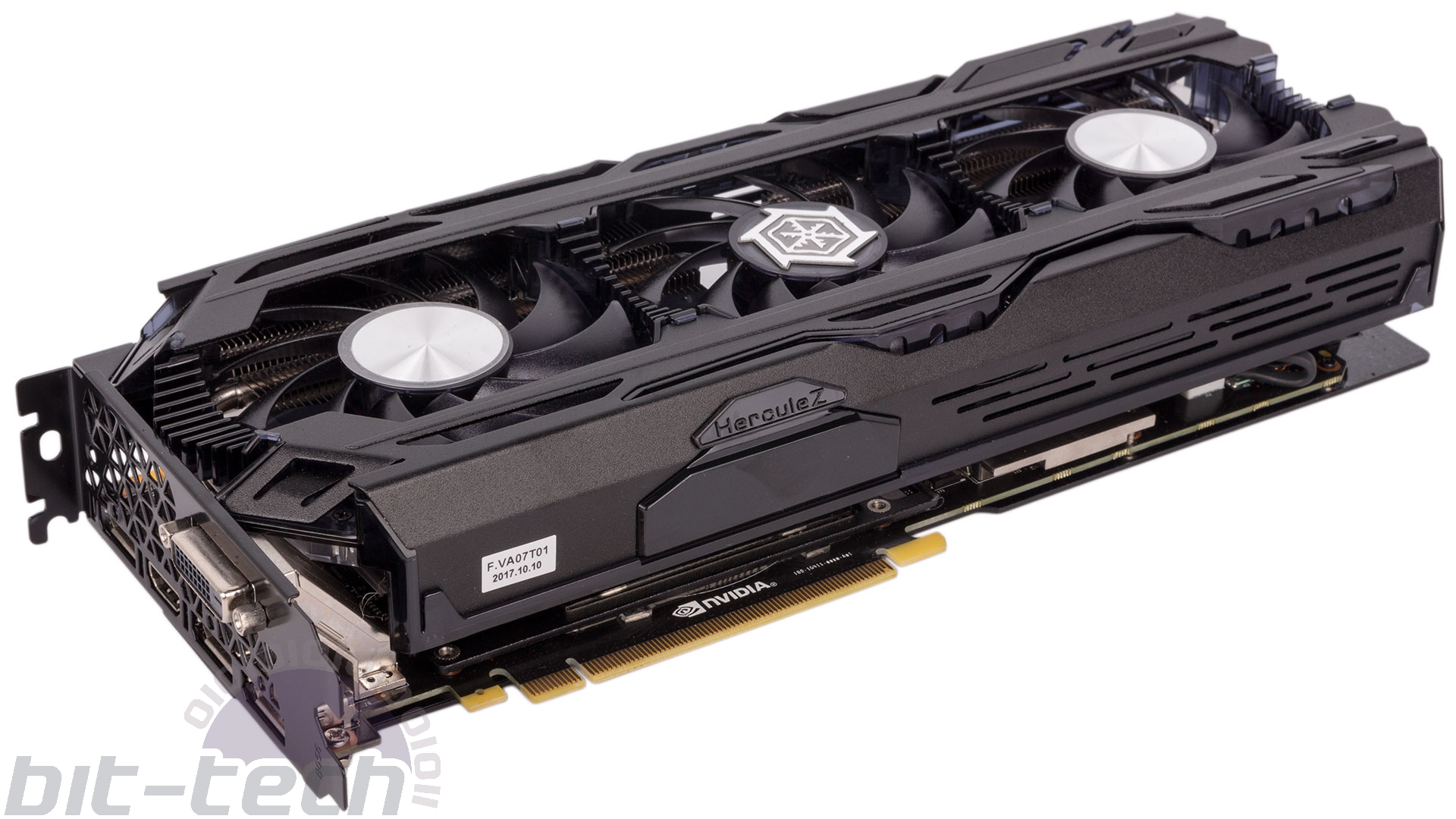 At over 300mm long and occupying three PCIe slots with its 2.5-slot depth, the GTX 1070 Ti iChill X3 is a card to reckoned with. You’ll want to double check that you can fit it in your case, as such. Larger designs for premium cards is very much the trend now, probably in recognition of the fact that most users are single-GPU only, can afford to lose three slots, and would prefer cooler and quieter cards over those that are space-conscious.

The standard selection of Nvidia display outputs are used, and these include three DisplayPorts, one dual-link DVI-D, and one HDMI. If you have a HDMI display and are planning on using a VR headset (which are HDMI-based), you might consider other cards that have dual HDMI ports.

The singular eight-pin PCIe connection is also in-line with the Nvidia reference design and will provide more than enough juice for any overclock this card will see.

The GTX 1070 Ti is unique among high-end graphics cards in that board partners have been prevented by Nvidia from selling the card at anything but default frequencies of 1,607MHz base and 1,683MHz boost. Unlike some partners (e.g. Asus), Inno3D does not have an accessible OC profile that you can switch to using software, so unless you dabble in manual overclocking (which to be fair is very easy) you’ll be stuck at these speeds. Similarly, the memory is left at 8Gbps effective.

The iChill logo along the top edge is backlit by RGB LEDs, but sadly you can’t take full control of them. Instead, the logo will go blue when the card is idle, green when it’s under light loads, and red when it’s under heavy or full load. While this may be to the taste of some, for others it might clash with the colour scheme they have planned, so it seems daft not to let users change the colour and effect here like some of the competition. Additional white lighting illuminates the fan area, and this at least can be controlled via the LED Visualiser with GeForce Experience.

Inno3D boasts that its fans are Japanese-made and dust-proof, although no official certification level is given here. The blades are designed to concentrate airflow towards the centre of the fans and are optimised for operation at low speeds. Each of the fans is 92mm in size, and all three spin in the same direction. As usual, they slow down to a complete stop whenever the GPU is cool enough, which will basically mean whenever you’re not gaming.

The beefy heatsink has a massive copper baseplate for the GPU, and this and the five heat pipes (two 8mm, three 6mm) are nickel-plated so that the finish is consistent. The heatsink is is split into two fin stacks, with the secondary one being used to cool all the key power circuitry via another contact plate and thermal pads. Four of the five heat pipes also find their way into this second set of fins. Inno3D is using a denser fin arrangement than previous designs to increase the available surface area for dissipation. With the cooler removed, we find a metal contact plate is also used and completely covers each of the GDDR5 memory chips – something even the Asus’ Strix card does not do. 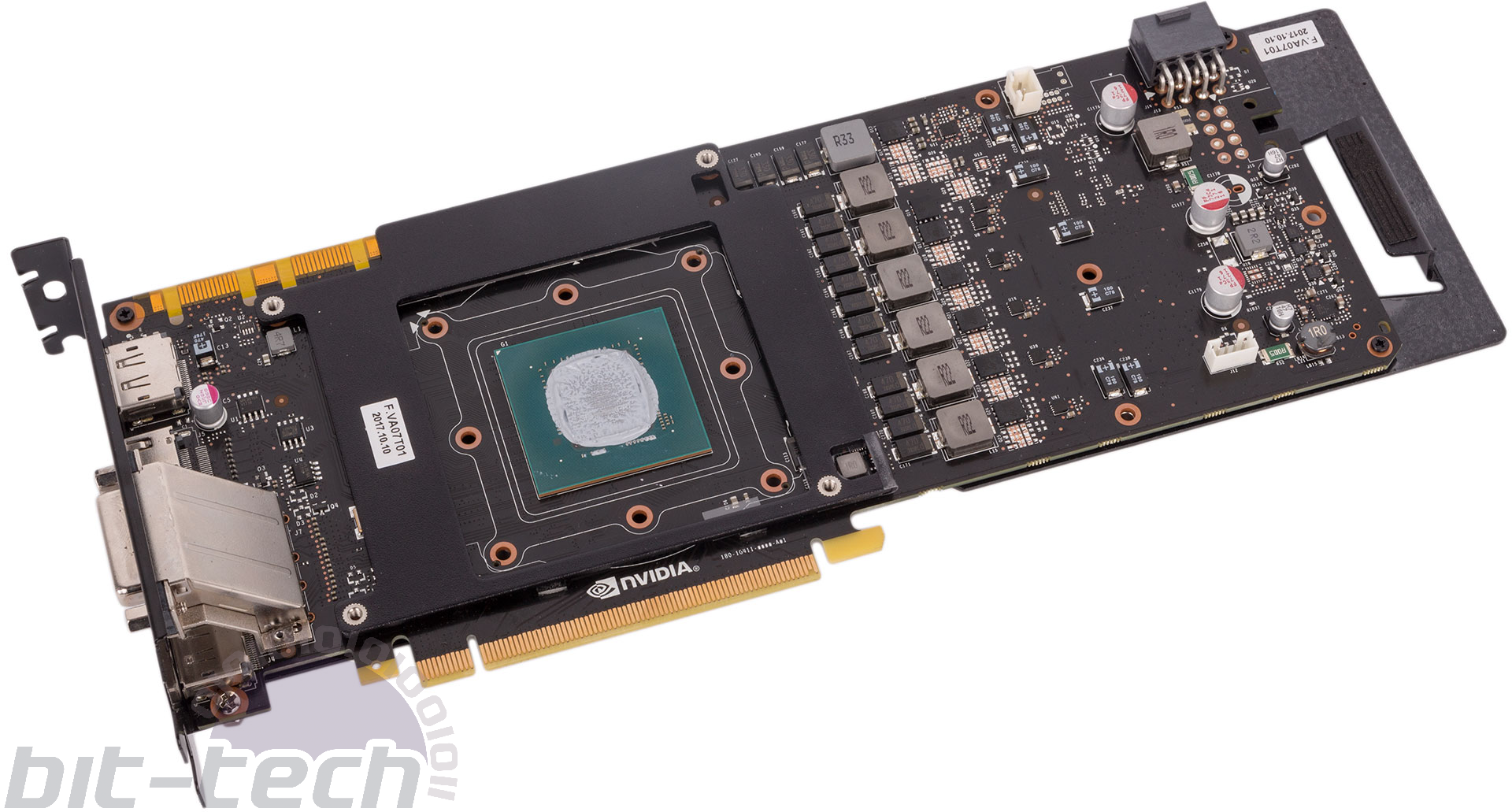 Inno3D uses a 6+1 phase power design, although it doesn’t make mention of any special power components beyond solid capacitors. It also claims that its PCB is made of 10 individual layers, though the precise benefit of this isn’t made clear. Ultimately, the card has the same three-year warranty as most others, so the company clearly believes it to be a reliable design, and there’s no obvious reason why it wouldn’t be.

There is no game promotion with this card, but Inno3D does include codes for the Advanced editions of VRMark and 3DMark as well as a small cloth mousemat for a little extra added value.