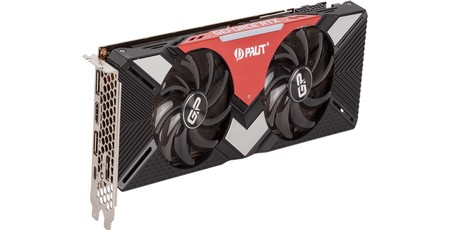 At Nvidia’s RTX launch event, the biggest surprise and easily the most well received news was the GeForce RTX 2070. Its $499 entry MSRP (which has become £459 here) drew cheers from the in-house audience, perhaps unsurprising next to the $699 and $999 starting MSRPs for the RTX 2080 and RTX 2080 Ti (even higher for Founders Edition cards). This symbolises just how much the ceiling of the hardware market has been raised in the last half decade or so, with graphics cards being perhaps the most obvious example (pricing for the GTX 970 just four years ago started at £259, yet now almost £500 draws an excited response). We’re in no way saying $499 is a small sum, but it’s certainly a much more realistic figure for many people looking to make the jump early onto the latest GPU technology.

With the RTX 2080 Ti having taken the GPU performance crown convincingly and the RTX 2080 having settled into a stranger position on account of it being considerably more expensive than a GTX 1080 Ti yet not really any faster outside of still-untested scenarios that exploit Turing’s ray tracing and deep learning hardware, the final and arguably the most interesting piece of the Turing puzzle, the RTX 2070, has been missing until now. UK sampling for this card has been abysmal, hence the tardiness of this review, but today we can at last gauge how the third-tier RTX card fits into the market. First up, a reminder of the specifications.

The purpose-built TU106 GPU comes fully enabled for the RTX 2070, leaving it with 10 fewer SMs than the RTX 2080. This means a ~22 percent reduction in CUDA Cores, RT Cores, Tensor Cores, and texture units, since these are all included within the Turing SM design. With nearly 100MHz knocked off the base and boost clock as well, we can expect there to be a sizeable difference in performance between the two parts. That said, the back-end is still pretty hefty with the same 64 ROPs, and similarly the 8GB GDDR6 clocked at 14Gbps over a 256-bit interface matches the RTX 2080 exactly. Memory bandwidth is massive with Turing, with the RTX 2070 now having almost as much as the GTX 1080 Ti, albeit with fewer ROPs.

The increased complexity of the SM design is obvious from the transistor count and chip size, which again are much closer to the GTX 1080 Ti and way above the GTX 1080/1070 despite the smaller process node. The RT and Tensor cores are of course the reason, but precisely how these will benefit the RTX 2070 will remain a mystery for now as gamers patiently await releases and patches that can exploit them. It will be interesting to see how performance in DLSS and ray tracing applications scales across the range, but currently we’re left in the dark.

Another thing to note about the RTX 2070 is that it has no SLI support, and consequently graphics cards will not feature the NVLink SLI connector that the RTX 2080 and RTX 2080 Ti enjoy.

Nvidia’s launch strategy for the RTX 2070 differs as well. Whereas before the focus was very much on the impressive Founders Edition cards that retail for higher than the entry MSRP, for the more value-oriented part Nvidia has tried to ensure that press are seeded with entry-level SKUs that will sell for the MSRP of £459. The Founders Edition cards are still coming, but to assess the RTX 2070 initially we have the Palit RTX 2070 Dual, which will indeed sell at the all important sub-£500 price. So, let’s take a look at that, shall we? 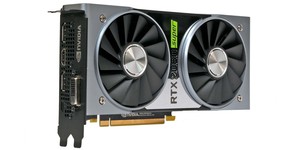