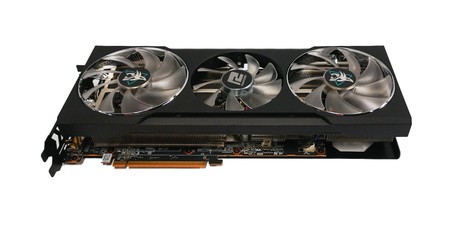 The Great Stock Shortage has come at a bad time for the semiconductor industry. With hundreds of millions of people having little or no commute as a result of the ongoing health pandemic, there's more time and money to invest in a shiny, new computer. Trouble is, demand far exceeds available supply, but that hasn't stopped AMD from releasing four high-end PC graphics cards under the Radeon RX 6000 Series branding.

Unlike the Radeon RX 6900 XT, RX 6800 XT and RX 6800, the newest model on the block, RX 6700 XT, uses much smaller, cost-effective silicon known as Navi 22. This ought to mean more profits for AMD and its partners as the cost of manufacturing is reduced, so let's take a quick look at the RX 6700 XT's comparative specs before moving on to a PowerColor card dubbed the Hellhound.

Housing 17.2bn transistors and occupying 336mm² on the leading-edge 7nm process makes the RX 6700 XT petite compared to its more powerful siblings. Being part of the RX 6000 Series means it uses the same foundations, with each Compute Unit home to 64 shaders, 1 ray accelerator, and 4 texture-units. What it lacks in top-end processing muscle compared to, say, the RX 6800 it somewhat makes up for with a high boost clock of 2,581MHz. In fact, as you can see, the top-end vital specs are almost identical to the last-gen RX 5700 XT, save for ray-tracing and Infinity Cache support.

Making more cuts to fit into a smaller die area, AMD chops the memory bandwidth down to 192 bits and total framebuffer to 12GB, so RX 6700 XT is quite a bit less powerful than RX 6800 Series on most fronts, including dropping the Infinity Cache down to 96MB. One problem of running such a high core frequency is higher voltage and energy consumption, which tops out at 230W for this model.

On paper, it doesn't seem all that much more powerful than the RX 5700 XT from 2019, but the advances in GPU architecture ought to mean it does a fair bit better. AMD positions it as a card capable of running the newest games at decent framerates on QHD monitors. Even so, the $479 price feels high.

PowerColor provided bit-tech with its Radeon RX 6700 XT Hellhound card for technical evaluation. Measurements of 305mm x 132mm x 50mm make it slightly larger than a strict dual-slot affair and a 1,172g weight and braced backplate means it is a solid bit of kit that's well-built. Hellhound toes the AMD frequency line through the same 2,581MHz boost clock. Memory is left at a stock 16Gbps.

Two 100mm fans flank the central 90mm. By default, Hellhound has blue background lighting - no RGB here - behind the spinners but it can be turned off via a switch. Interestingly, though the card features a zero-rpm mode, the switch-on/off point is controlled by GPU load rather than temperature, which means the fan-speed is more tied into gaming.

There's no extra lighting on the back, though the strength of the blue LEDs on the front spills the light around the card. PowerColor uses a quintet of 6mm-thick heatpipes across the card-wide heatsink that converges at a nickel-plated copper block. The assembly also cools the VRMs and memory. Underneath, an 8+2-phase power supply is sufficient for a 230W total board power.

PowerColor says the new fans offer up to 60 per cent more airflow and pressure than the last generation, which seems like a reach, and one would assume they are able to cool the card without making a racket. That is indeed true as the fans make a quiet hush even when under prolonged gaming load; it is certainly one to consider if quietness is key.

As is the norm these days, there's a deliberate cut-out for through-the-board cooling via the outer fan. The rear brace is more for strength than cooling, however, as it doesn't make contact with any meaningful component on the rear. Dual 8-pin power connectors offer more than enough juice. 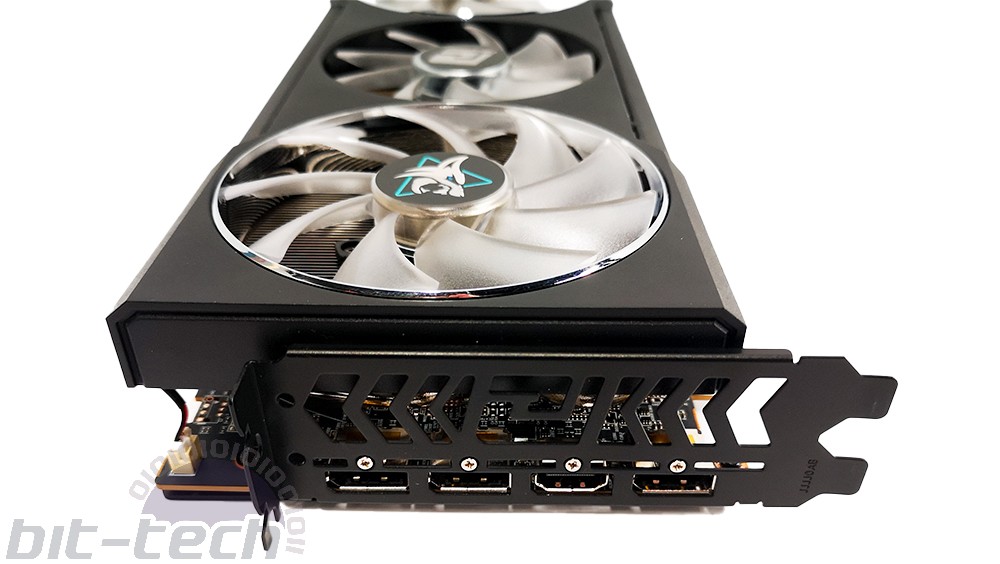 The 2.5-slot height is evidenced on the rear. Outputs are a standard triple DisplayPort 1.4 and HDMI 2.1.

It's a shame there's no minor overclock in place, to differentiate it from the legion of other cards, as the cooling is certainly capable. 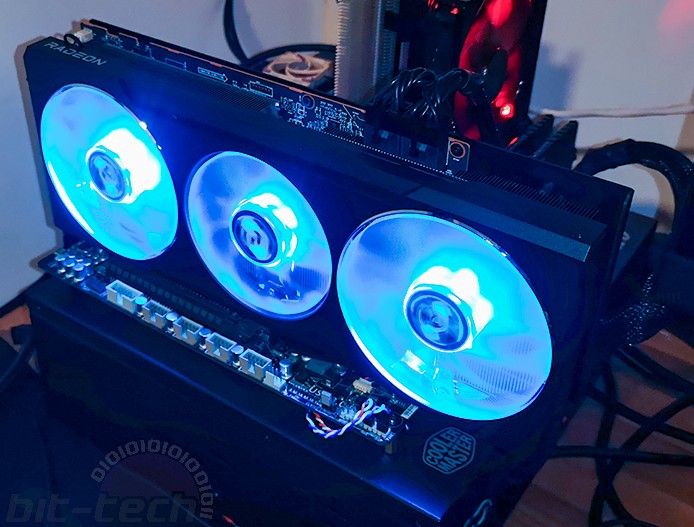 Didn't we say the blue LEDs were bright!

Coming on to the ever-thorny question of price, PowerColor doesn't set a specific MSRP. That's sensible in today's climate as having a purported $499 (£449) means nothing when stock is so scarce. We reckon that if you can get one this side of £600, then go for it, which is the same advice we'd give out to rival RTX 3070 and RTX 3060 Ti from Nvidia.

The card is covered by a two-year warranty that is valid if purchased through an authorised retail and for the original purchaser alone. 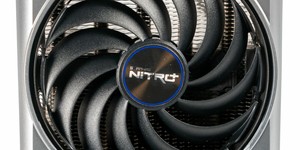 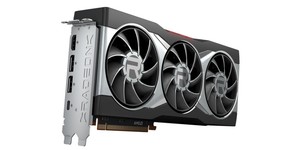