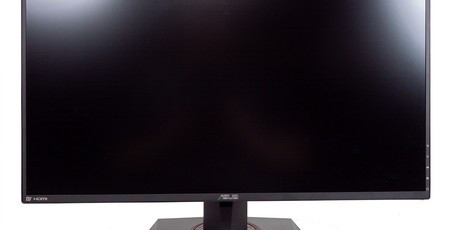 The TUF Gaming VG27AQ first caught our attention at Computex last year. Firstly, because its main specifications (27” panel, 1440p resolution, 165Hz refresh rate, 1ms response time) make it an on-paper candidate to be a great gaming monitor in terms of size, sharpness, and speed. However, what set it apart from other 27” 1440p gaming monitors was a new feature called ELMB-Sync (Extreme Low Motion Blur-Sync).

Normally, variable refresh rate panels force you to choose between motion blur reduction (e.g. Ultra-Low Motion Blur or ULMB on G-Sync displays), whereby the backlight is strobed at a fixed frequency (which matches a fixed refresh rate) to reduce motion blur, and adaptive-sync (Nvidia G-Sync or AMD FreeSync) where the backlight remains on and the refresh rate is variable. ELMB-Sync, however, promised essentially a combination of the two. The message was that with ELMB-Sync enabled, gamers could enjoy both the smooth, tear-free visuals of adaptive-sync as well as the sharp and blur-free motion of backlight strobing. As we said, it caught our attention, and now we’re able to see if it lives up to the promise. 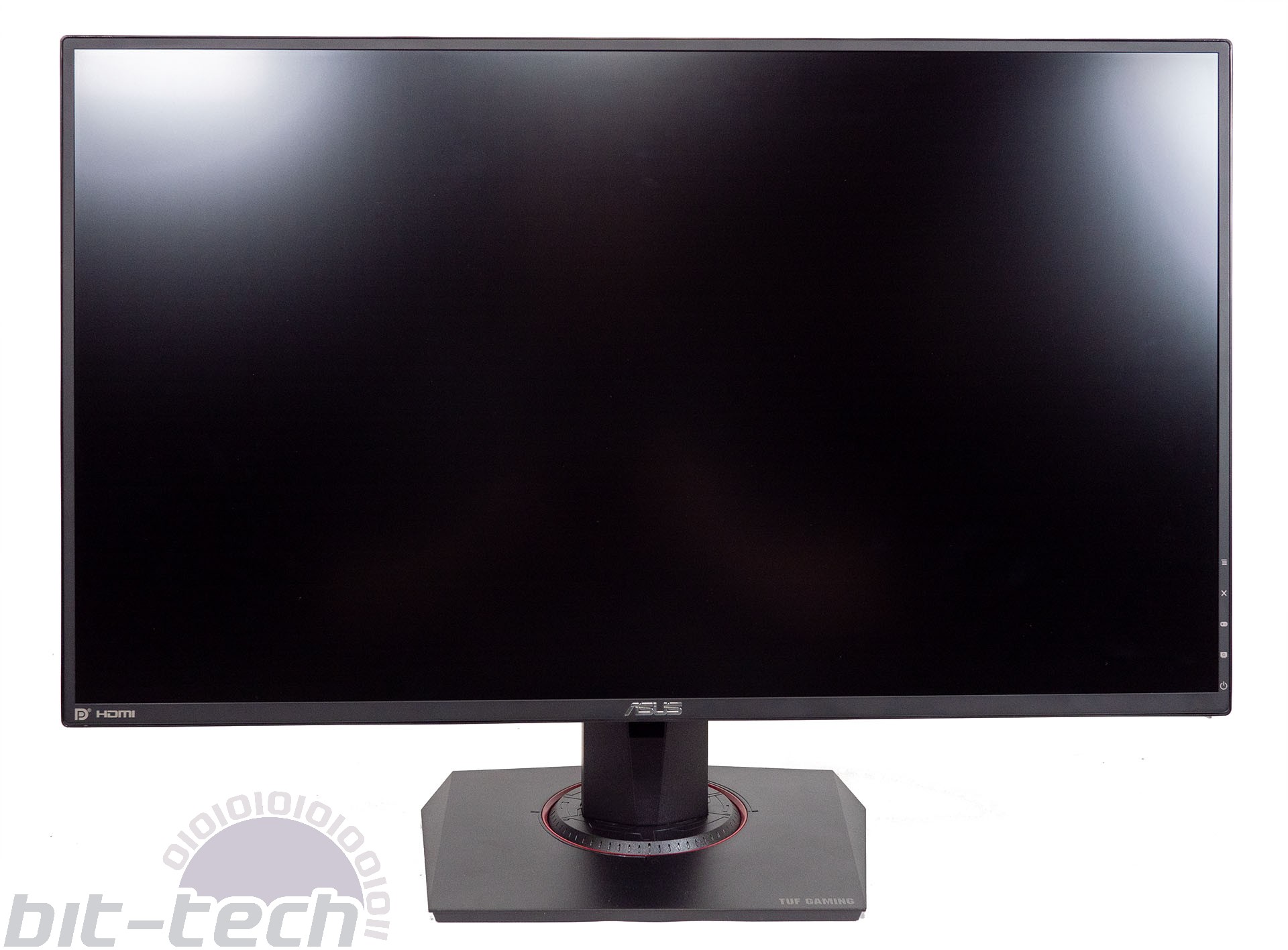 The panel here is an IPS type, so viewing angles will be better than what you’d get with a TN-based model. As it happens, Asus also produces a TN variant of the screen (VG27BQ) for a little less cash (£400 to £420 from what we can see). The trade-off for worse viewing angles is an even faster response time, with Asus putting it at 0.4ms for the TN version.

The VG27AQ is marketed as having G-Sync Compatible certification from Nvidia, but these days that doesn’t mean much other than to say the monitor has a functioning implementation of adaptive-sync. The monitor’s variable refresh rate comes courtesy of adaptive-sync being supported on both the HDMI and DisplayPort inputs, through which the range is 48-144Hz or 48-165Hz, respectively. Both ranges are wide enough to support low frame rate compensation (LFC). AMD users can enable it on either port, whereas Nvidia graphics card owners are limited to DisplayPort only. 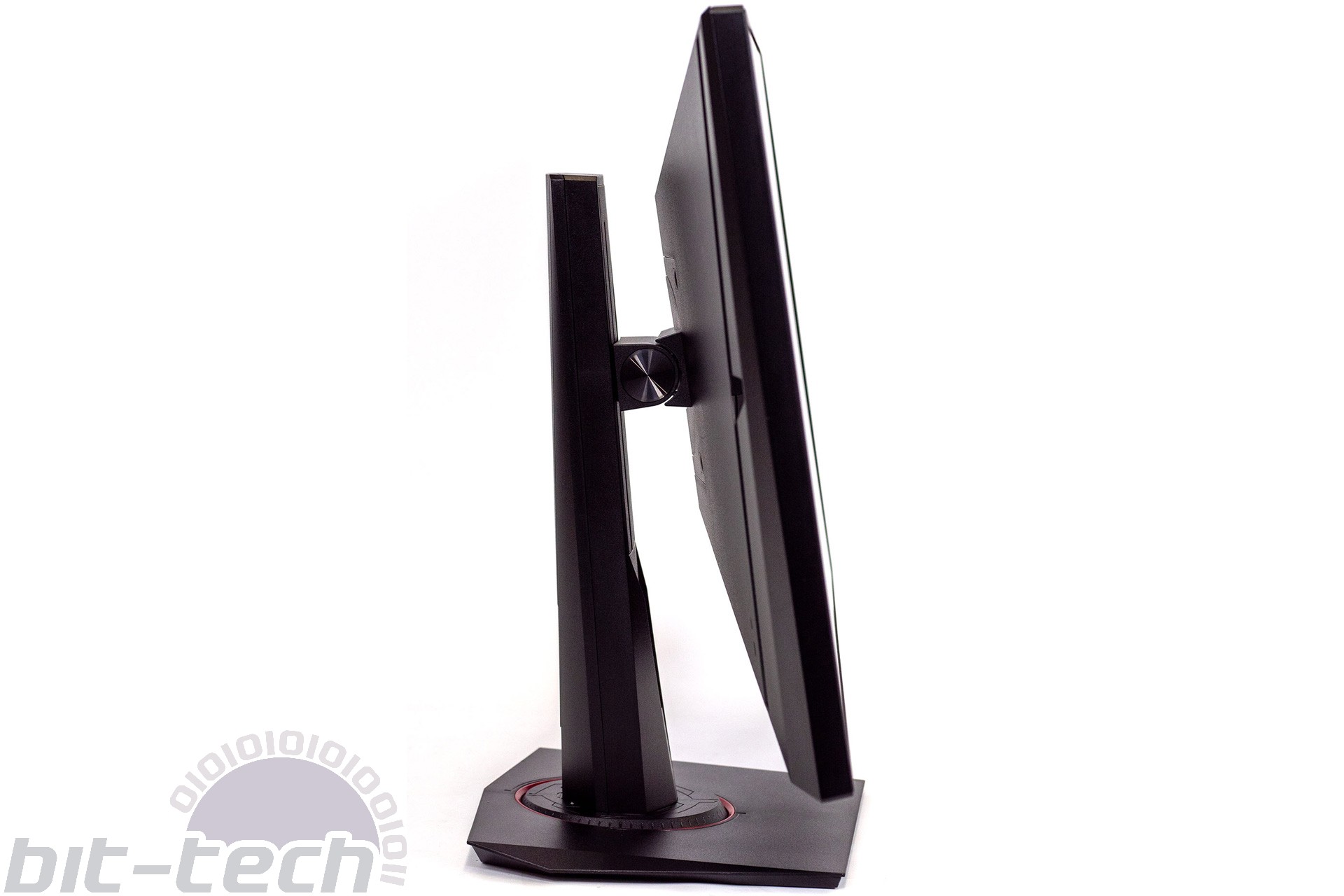 DisplayPort is also the only port over which users of any card can enable frame rate overclocking i.e. select frame rates between the native 144Hz and 165Hz. This feature gives the screen an edge over those that “only” have 144Hz, but it’s not an advantage that’s worth much, as the difference between 144Hz and 165Hz is tough to perceive.

Another feature worth discussing is HDR10 support – don’t let this fool you into thinking the monitor is HDR in any real way. Yes, the monitor will accept HDR10 signals, but with a peak claimed brightness of 350cd/m2 (failing to meet even the meagre VESA DisplayHDR 400 standard), 8-bit colour depth, a standard colour gamut, and no local dimming solution, the HDR credentials are rather washed out. 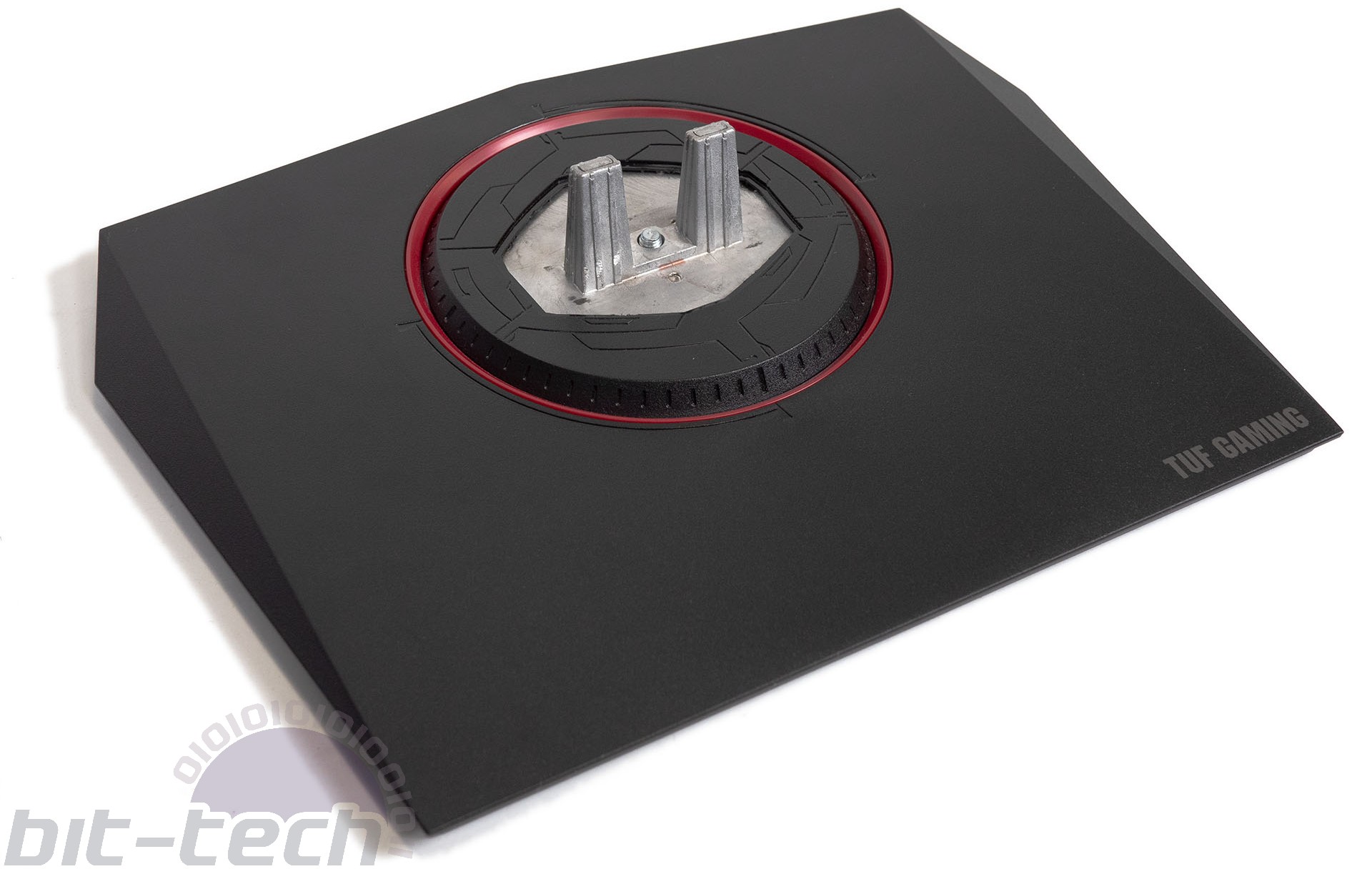 Moving onto the monitor itself, the experience with the VG27AQ impresses straight out of the box. Assembly could hardly be simpler – the stand is pre-fixed to the monitor, so all you need to do is lower the stand onto the base over the metal prongs and secure it with a single screw. 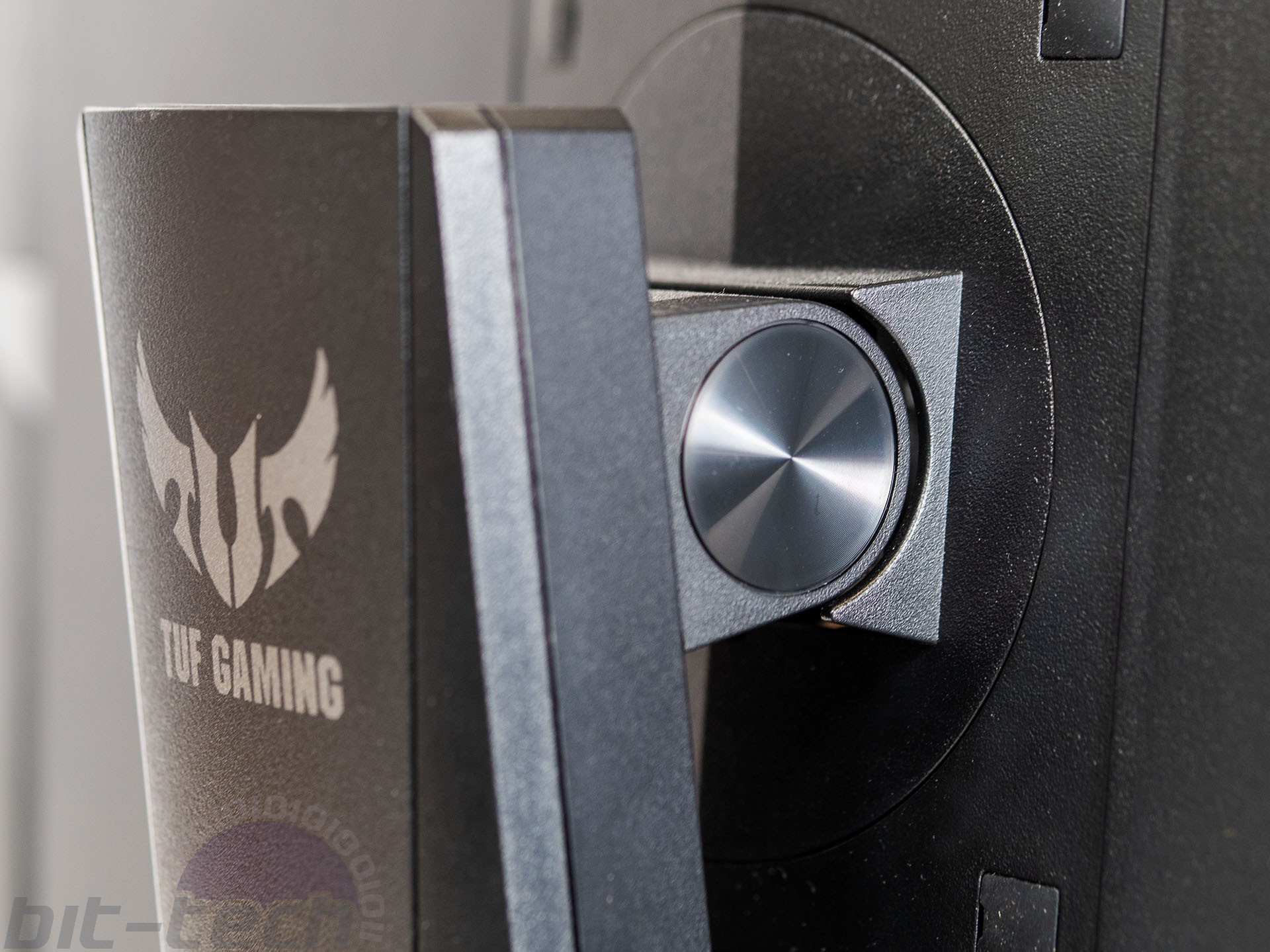 Alternatively, removing four screws (hidden behind rubber covers) will detach that stand and leave the screen free to be mounted to desk or wall mounts via the VESA 100 mounting points. 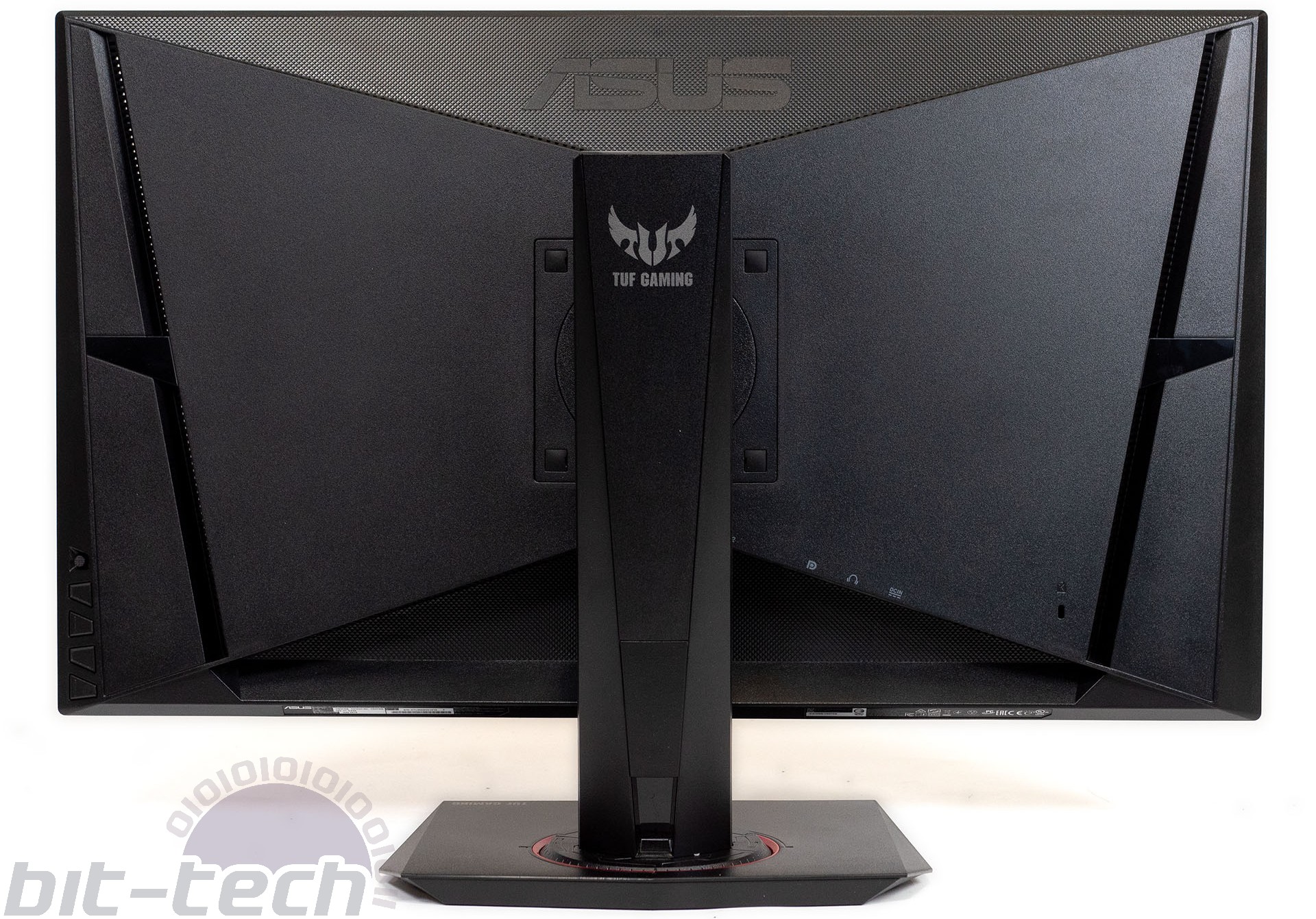 The VG27AQ is predominantly plastic, and while it’s not a masterpiece of style, neither is it garish or unattractive. The bezels are pretty thin all round, and although the screen’s anti-glare coating is a little on the reflective side, with an image displayed this is harder to pick up on, and images come through the coating very clearly. 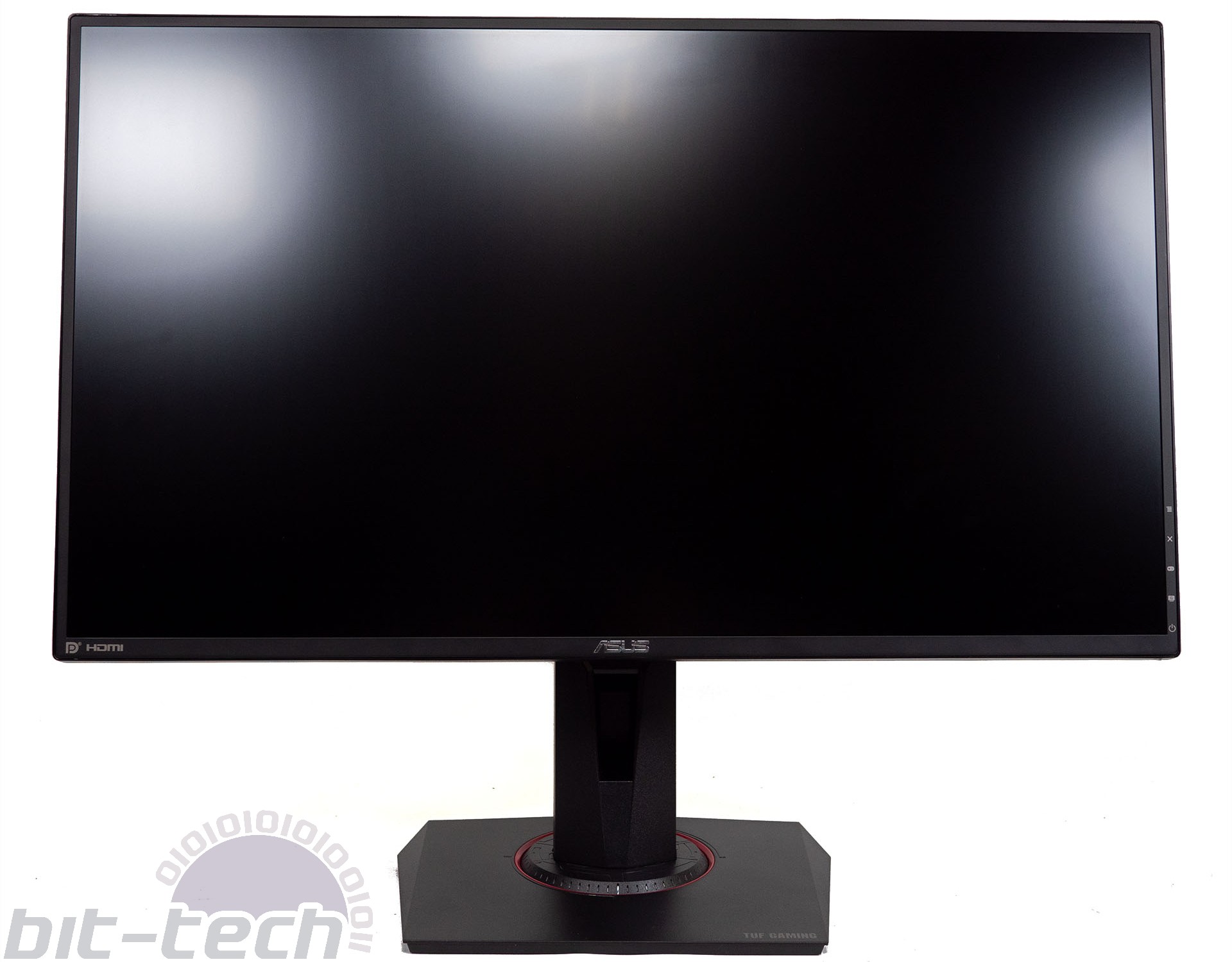 The range of physical adjustments is great. As well as 130mm of height adjustment and plenty of tilt, you can swivel the monitor through 90° both left and right and even rotate it into portrait mode – again both clockwise or anti-clockwise. Better still, the monitor responds exactly how you want it to when making adjustments i.e. the amount of force required feels well balanced, which is not something all monitors get right. The build quality is good and the stand is sturdy, especially with all those adjustments in play.

There are two HDMI 2.0 ports and one DisplayPort 1.2, all of which are down-facing alongside the power input and a 3.5mm jack to hijack the audio output away from the dual 2W speakers, which as usual are not suited to anything beyond very casual entertainment (e.g. meme videos instead of blockbuster films). The box includes both HDMI and DisplayPort cables, so either way you’re covered. The 19V laptop-style power connector means you’ll have a power brick to deal with as well. At this price, it’s a shame to not see any USB ports on the monitor.

There are four buttons on the back for menu/shortcut control as well as a five-way joystick. Corresponding symbols on the bezel help you with finding what you need, and the joystick is a real help when it comes to menu navigation, even if it is a little flimsy itself. Adaptive-Sync is enabled by default, and another little touch we like is that the small white power LED can be disabled. 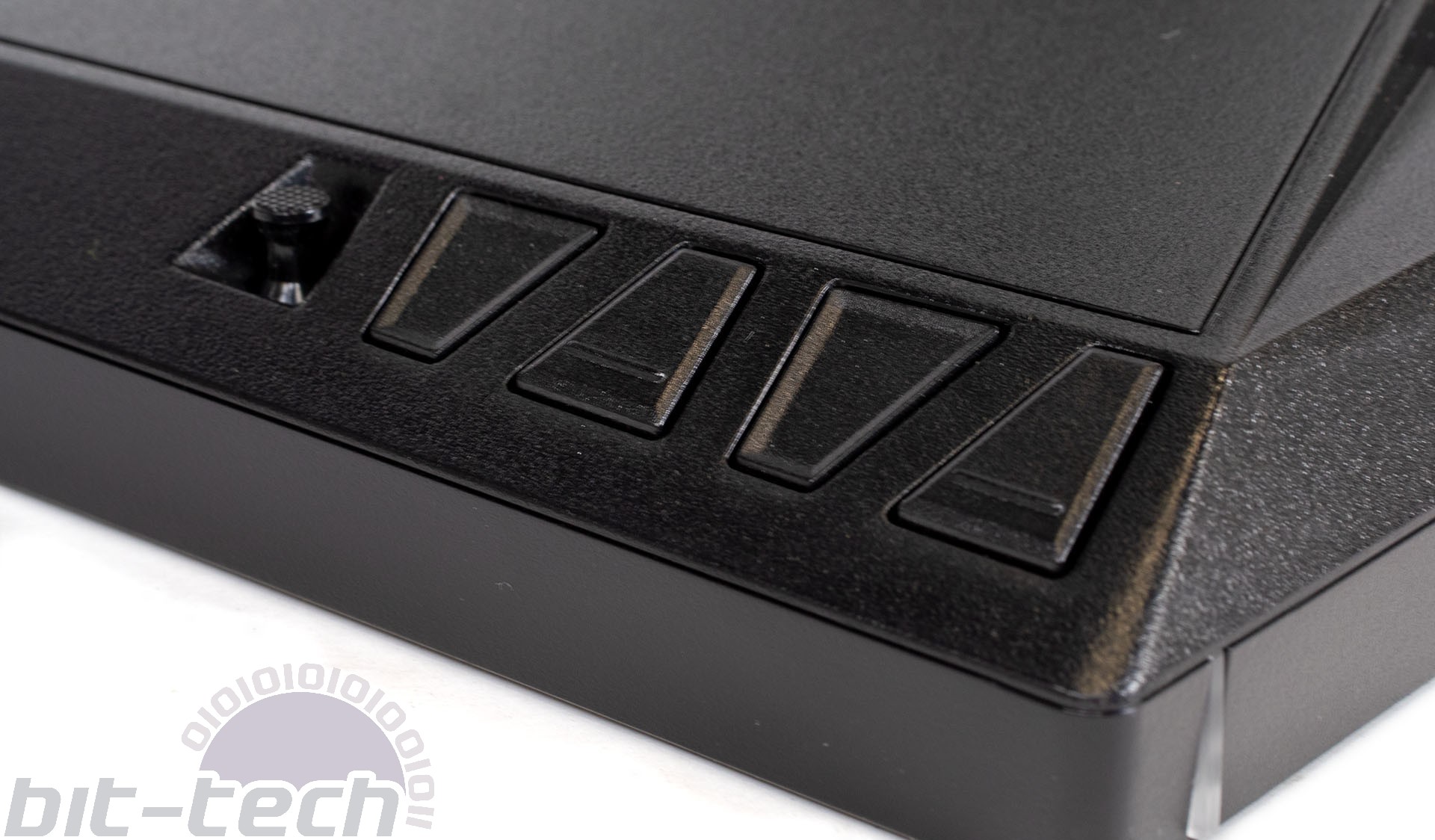 Within the menu you have the usual brightness, contrast, and RGB sliders. You also have GameVisual settings that alter the colour output for specific purposes (e.g. Scenery, Cinema, FPS, etc.). The GamePlus settings, meanwhile, include a crosshair overlay to assist your aim, a display alignment overlay to help with multi-monitor configurations, and an FPS counter – all pretty useful. Both GameVisual and GamePlus have dedicated shortcut buttons; other settings must be accessed through the menu.

A blue light filter and Shadow Boost (gamma alteration to make shadows lighter) do exist within the settings too but both are off by default, and you can also set pixel overdrive to one of six levels via a setting called Trace Free. We also like that the OSD shows the status of HDR, GameVisual, the active connection (HDMI or DisplayPort), and the current resolution and refresh rate. 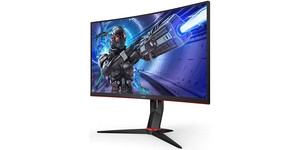 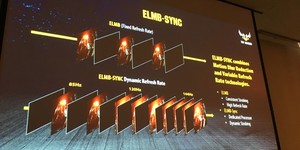