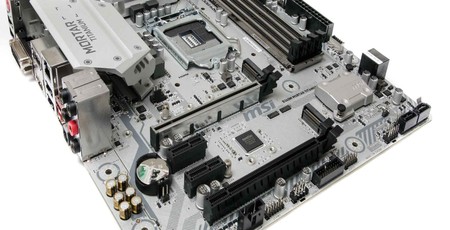 It's been a long time coming, but we finally have some cheaper options when it comes to motherboards that are compatible with Intel's Coffee Lake CPUs. The B360, H370, Q370, and H310 chipsets all offer Coffee Lake support and will allow motherboards to be cheaper compared to their Z370 equivalents.

Aside from the fact that motherboards that use these chipsets won't be able to tweak the multiplier on K-series CPUs to overclock them, there are some other features that differentiate them compared to Z370 and indeed each other. On the plus side, even though the MSI B360M Mortar Titanium we're looking at today is a £100 board, we get full-fat USB 3.1 Gen 2 Type-A and Type-C ports powered by the B360 chipset itself. The downsides mainly focus on the number of general purpose PCIe 3.0 lanes, which fall from 24 with Z370 to 20 with B360, while the maximum number of high speed I/O lanes falls from 30 to 24. Despite the fact that there are just four SATA 6Gbps ports, there is still some bandwidth sharing going on; one SATA port is disabled if you use a SATA M.2 SSD in the top M.2 slot, while the lower M.2 slot, which is only compatible with PCIe SSDs, will be disabled if you use the lower 16x PCIe slot.

However, for the majority of us that want to use a single SSD and graphics card plus a hard disk or two, the B360 chipset is enough. There is more, though, as there's the memory speed limit to consider; the maximum attainable speed is 2,666MHz and nothing you can tweak in the EFI will net you anything higher. There's also the issue that you can't apply any kind of enhanced turbo or all-core turbo - something that would allow you to get all cores of, for example, a Core i7-8700K up to 4.7GHz, instead of the usual 4.3GHz. It's a grey area between stock speed and overclocking and many motherboards apply it in some form or another when you apply an XMP profile or load optimised defaults in an EFI. If you want to steer clear of voltages and all that jazz, enhanced turbo settings can be a simple and easy way to get more performance, especially in multi-threaded tasks, but that's completely absent on B360 motherboards. As well as the rear-mounted USB 3.1 ports, you get a Type-C header on the PCB too - also full-fat Gen 2, which is more than many premium Z370 boards get. MSI has had to cut back in other places, though, to get that price below £100, and the most obvious part is the audio, which only sports Realtek's ALC 892 codec instead of the more common ALC 1220. 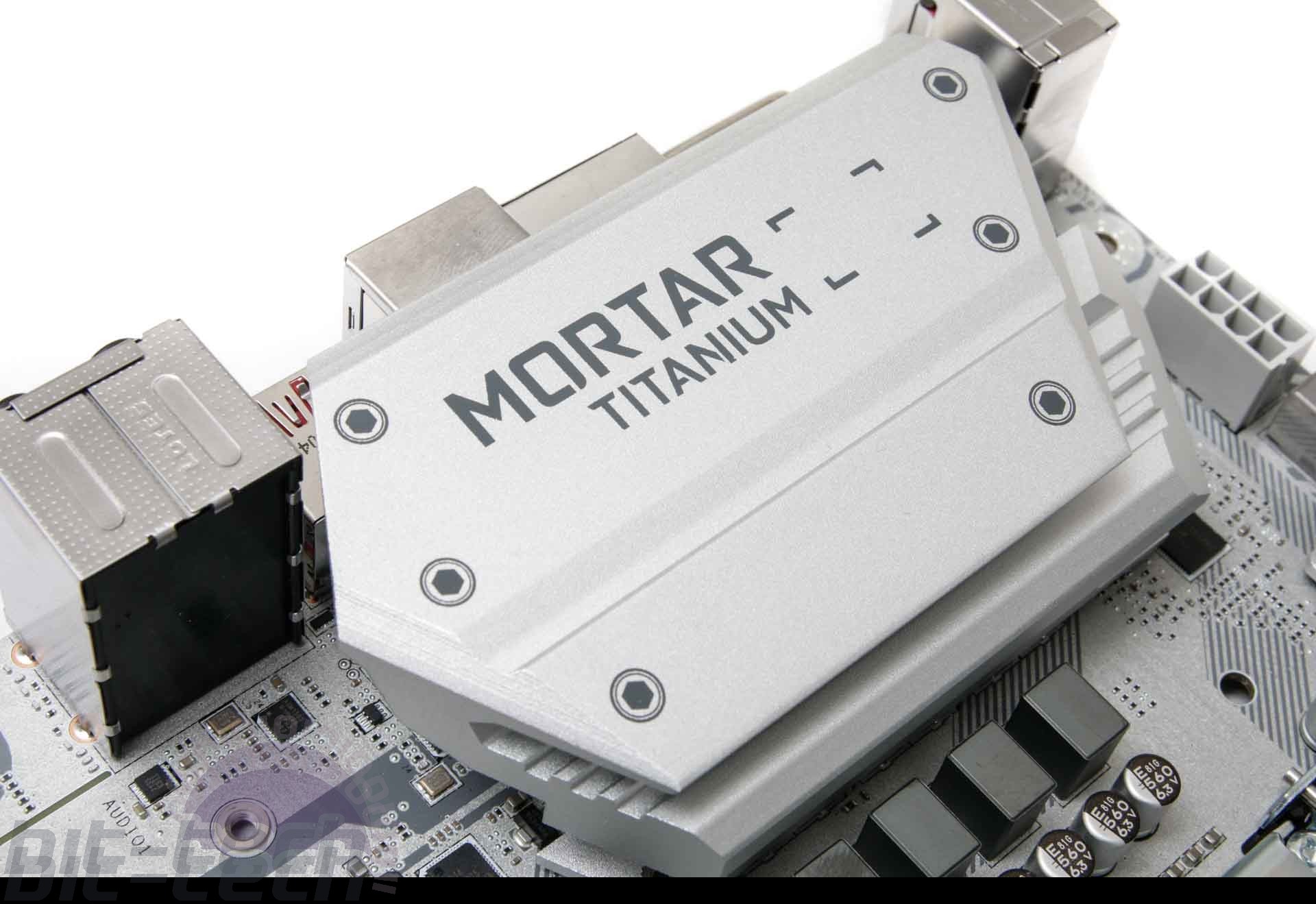 Of course, there are other reasons you might consider the B360M Mortar Titanium, such as its top-notch aesthetics. It's a gorgeous little board - micro-ATX of course - and sports chrome surrounds on the DIMM slots, some hefty silver heatsinks, and MSI's trademark metallic finish on the PCB. You also get an RGB LED header should you wish to add you're own lighting and control it via MSI's Mystic Light software. In terms of features and looks, it scores highly for a board that costs less than £100; pairing this with a six-core Core i5-8400 would create the first building blocks of a rather sexy system.

We do have one complaint about the feature set, though, which is the lack of rear USB ports, especially of the USB 3.0 variety. You get a single USB 3.1 Gen 2 port, which should be enough to cater for most potential owners, but it's not particularly well-equipped if you have need for several faster-than-USB 2.0 ports for external storage devices, hubs, and the like. With five Type-A ports in total, though, it passes the bare minimum.