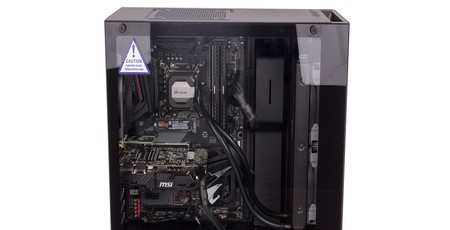 So far, we've seen two prebuilt Z370 systems, but both have been very similar with premium hardware and price tags to match. £1,700 is still a healthy wad of cash to drop on a PC, so the Elite 109 from Novatech can't be called inexpensive, but it's more reasonably priced than the £2,400+ systems. The big saver is the graphics card, which is a GTX 1070 instead of a GTX 1080 Ti. That's still a potent GPU, of course, so let's see just how capable the Elite 109 is. The system perhaps takes its name from the case it comes in, the NZXT S340 Elite. Regular readers will know from our review that we consider this to be one of the best mid-towers around. It's sharp looking and has a great tempered glass panel and many other modern touches. A nod toward VR users means it comes with a magnetic puck for holding VR headsets (also works for regular audio headsets), and a front HDMI port, although for some reason Novatech hasn't routed this through the graphics card's rear I/O panel, so by default doesn't work on this system. There is a wide selection of cases to pick from if this isn't to your taste as well. The Gigabyte Z370 Aorus Ultra Gaming isn't a motherboard we've reviewed yet (stay tuned, though), but at a quick glance it looks to be a decent sub-£200 option. There's no Wi-Fi or M.2 heatsink, sadly, but Novatech has sensibly remedied the former issue by including a simple Wi-Fi expansion card right about the GPU. Otherwise the main feature boxes are ticked. You get Realtek ALC1220 audio, proper PCIe slot spacing for SLI users, USB 3.1 Type-A and Type-C ports at the back as well as four more USB 3.0 ones, dual M.2 slots, and a plethora of onboard RGB lighting. To showcase Coffee Lake, Novatech has opted for the flagship Core i7-8700K. At this sort of price, we wonder if more users would prefer the non-Hyper-Threading Core i5-8600K to save some cash, and thankfully you can opt for this in the customisation engine if you prefer. Regardless, the Core i7 model here is a brilliant CPU, and it's made even better by the 4.8GHz Novatech has applied. It has used the Auto CPU Upgrade in BIOS to achieve this, and while this isn't always the most efficient method, it does work and was stable throughout all testing, so we shan't dwell. CPU-Z reported a vcore of 1.31V under load, which isn't bad as far as retail chips go, at least from what we've seen. One niggle is that the overclock settings aren’t saved to a profile.

Corsair Vengeance LPX Black is the kit of choice for the dual-channel, 16GB memory that's installed. The speed is a healthy 3,200MHz, and the XMP overclock is properly set in the BIOS. Two slots are spare for a potential upgrade to 32GB, though this is unlikely to be needed by many. 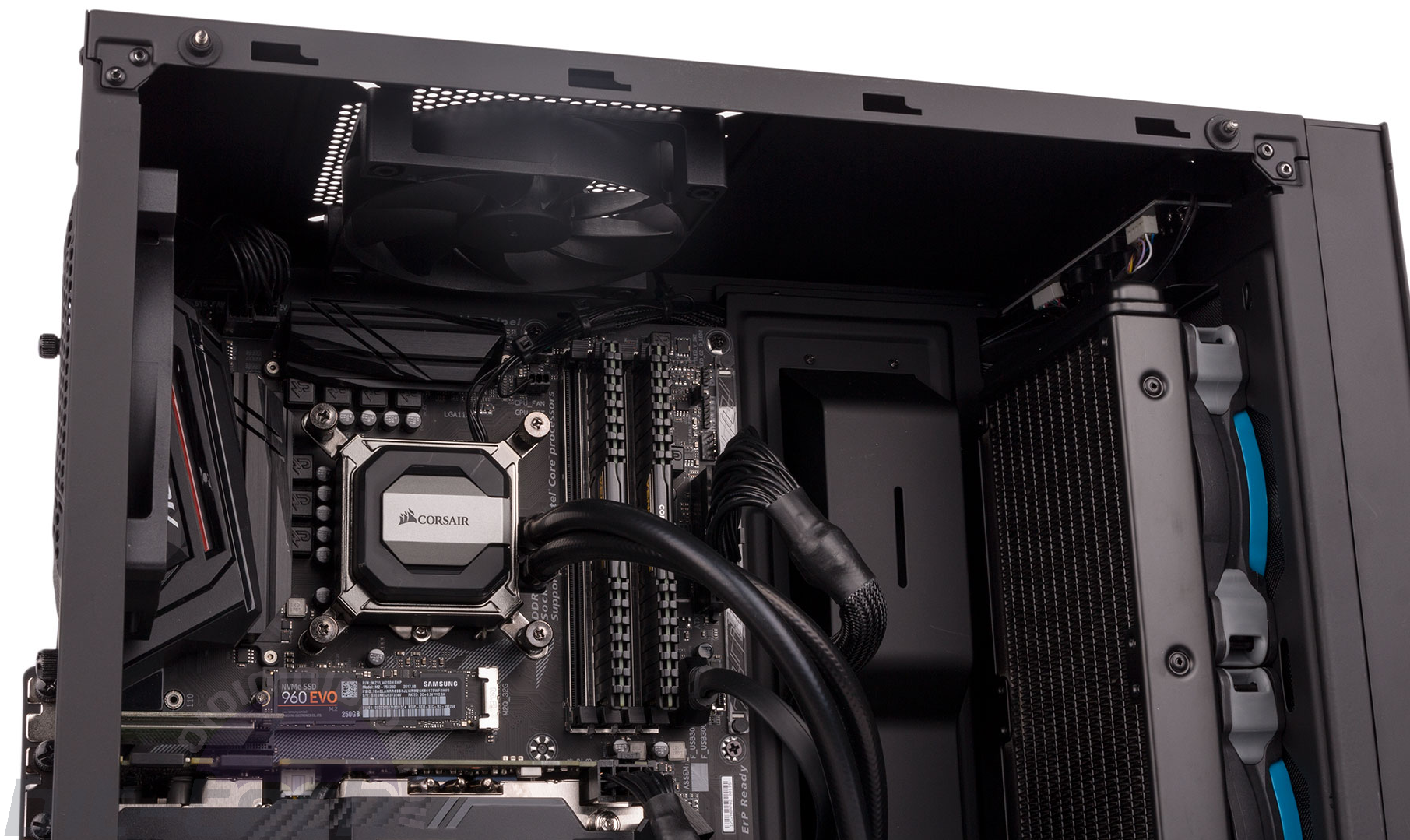 Using the OEM version of the Corsair H100i GTX means it lacks USB connectivity and Corsair Link support, but it should be up to the task. The 240mm radiator is front-mounted with two SP120L fans acting as intakes, and these are countered by two 120mm, fixed-speed exhaust fans: one rear and one in the roof.

RGB lighting zones adorn the motherboard, glowing out from beneath the VRM heatink, and highlighting the RAM slots, both primary PCIe slots, audio pathway, and the chipset heatsink. To the right of the 24-pin connector, there's also yet another area lit up, and this has a transparent overlay that you can swap to one of your own 3D-printed design should you wish. Novatech has gone for a sensible approach, synchronising all motherboard LEDs to a pleasant blue, while the Corsair cooler logo glows white. As people who aren't 13, we prefer this reserved approach over dizzying light shows that you often see nowadays.

MSI's GTX 1070 Aero ITX is the graphics card of choice. We perhaps would have chosen something bigger – the case can handle it – to get a better cooler (again you can do this by customising the system), but this will still be a powerful card at 1080p and 1440p, and its value for money is excellent. It also offers dual HDMI outputs, so if you did want to route that internal HDMI cable yourself you'd still have one spare. Despite its size, the card is also semi-passive, so it'll be totally silent when it's idle.

The Samsung 960 Evo 250GB makes for a great primary SSD, and the 3TB Seagate Barracuda is an equally fine choice for bulk storage. A trio of 2.5” trays and one 3.5” tray are left spare in the case for future expansion.

The EVGA 650W PSU is fully modular and carries an 80 Plus Gold rating, so it's hard to fault. The fan remains off under 20 percent load as well, and the capacity is more than enough.

Novatech has utilised the case's built-in cable routing aids to good effect, as the motherboard area is kept uncluttered. Even behind the motherboard tray things look rather tidy, and the reusable plastic clips from NZXT will mean that upgrades that require same cable movement won't be too much of a faff. The system comes with Windows 10 Home pre-installed, but you can order Pro for £30 more or no OS to save £90. The installation is kept clean, and there is no additional software at all slowing down boot times or occupying the desktop.

Novatech's warranty is three years here, although parts are only covered for two years. Collection of the PC for work is also only covered for six months, but it will always be returned to the customer for free, as it's a return to base warranty. Some competitors offer a full three years on all aspects, but the terms here still aren't bad. 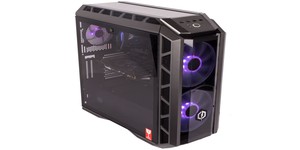 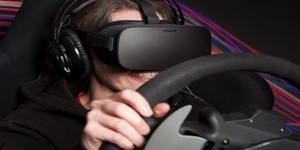 BBC Children in Need the good cause. 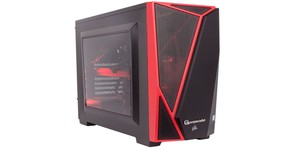