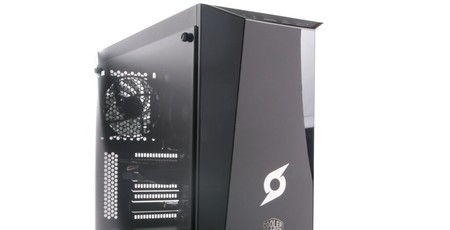 With Nvidia having finally replaced the ageing GTX 1060 6GB (still a decent card, mind you) with the GTX 1660 Ti and GTX 1660, system integrators are refreshing machines in the £1,000 and under price range. The Crystal GTX1660Ti (so fast it has no time for spaces! - ed.) is the first system to land in our lab sporting Nvidia's new mid-range card in the form of MSI's GeForce GTX 1660 Ti Ventus XS OC, which has a 60MHz higher factory-overclocked boost frequency compared to a stock speed GTX 1660 Ti. This £1,000 system is also the first time a PC from system builder Stormforce has been put through its paces here too. We wish it luck... 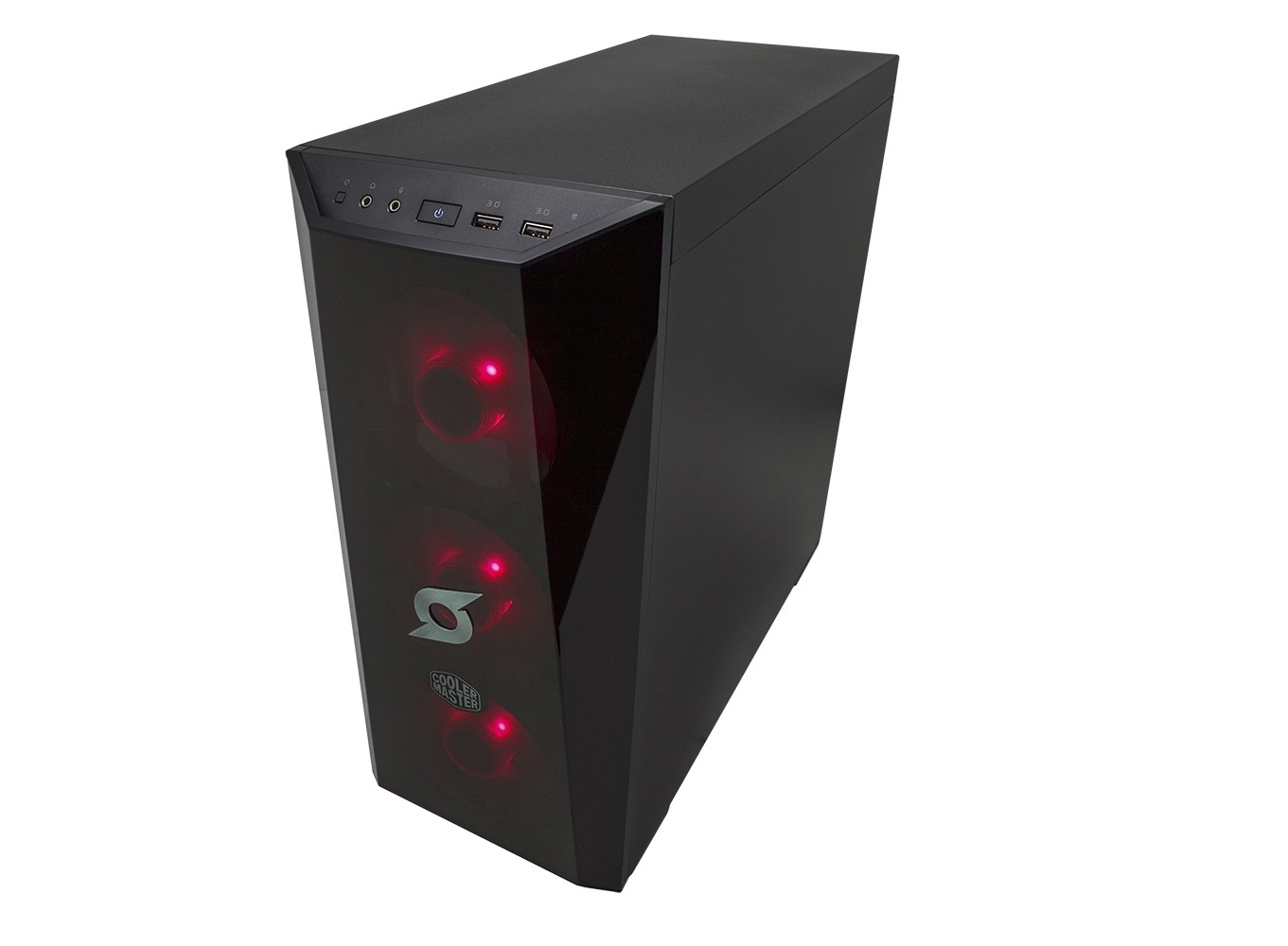 The specification is fixed for this PC and cannot be customised on the website, so it's important we consider each choice carefully. At first glance it promises to offer solid performance in a range of tasks (not just games) with an AMD Ryzen 5 2600 at the helm. Sadly, though, this runs at stock speed and uses the stock Wraith Stealth cooler. This proved to be reasonably quiet during our benchmarks, but it's not likely to offer much overclocking headroom; at least AMD's platform will allow users to tinker. The CPU sports six cores and 12 threads, of course, and is currently superb value retailing at around £140, so it's no surprise to see Stormforce use it here where budget must be kept in mind with every choice. 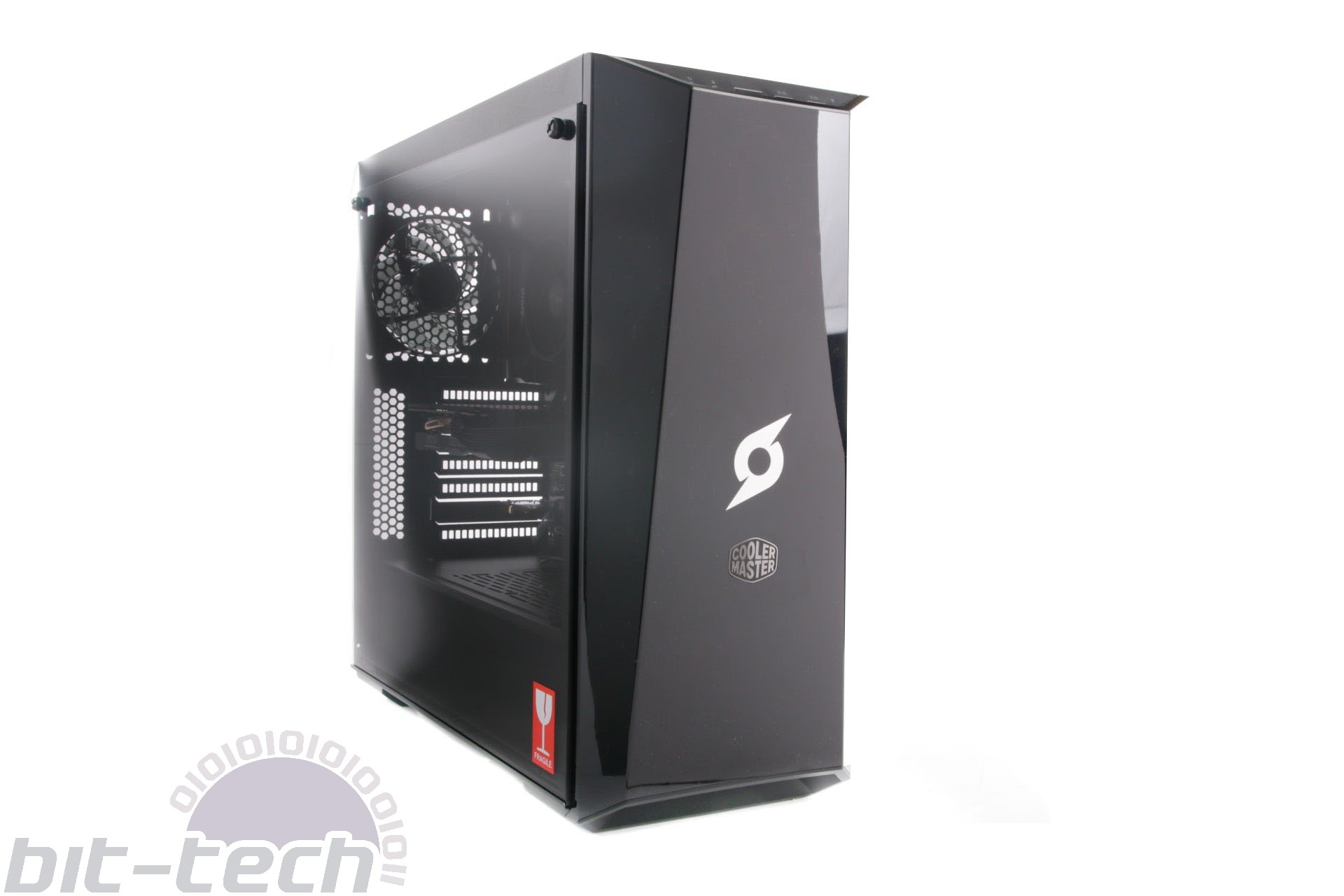 That said, pairing it with Kingston HyperX Fury 2,400MHz memory is maybe not such a great choice seeing as the CPU's Infinity Fabric is tied to memory speed and does benefit noticeably from memory speeds higher than this. Given that the Ryzen 5 2600 is already at a disadvantage compared to similar Intel CPUs in some games, if it were down to us we'd definitely have opted for something closer to 3,000MHz here, especially as the price difference between the two speeds is generally little. 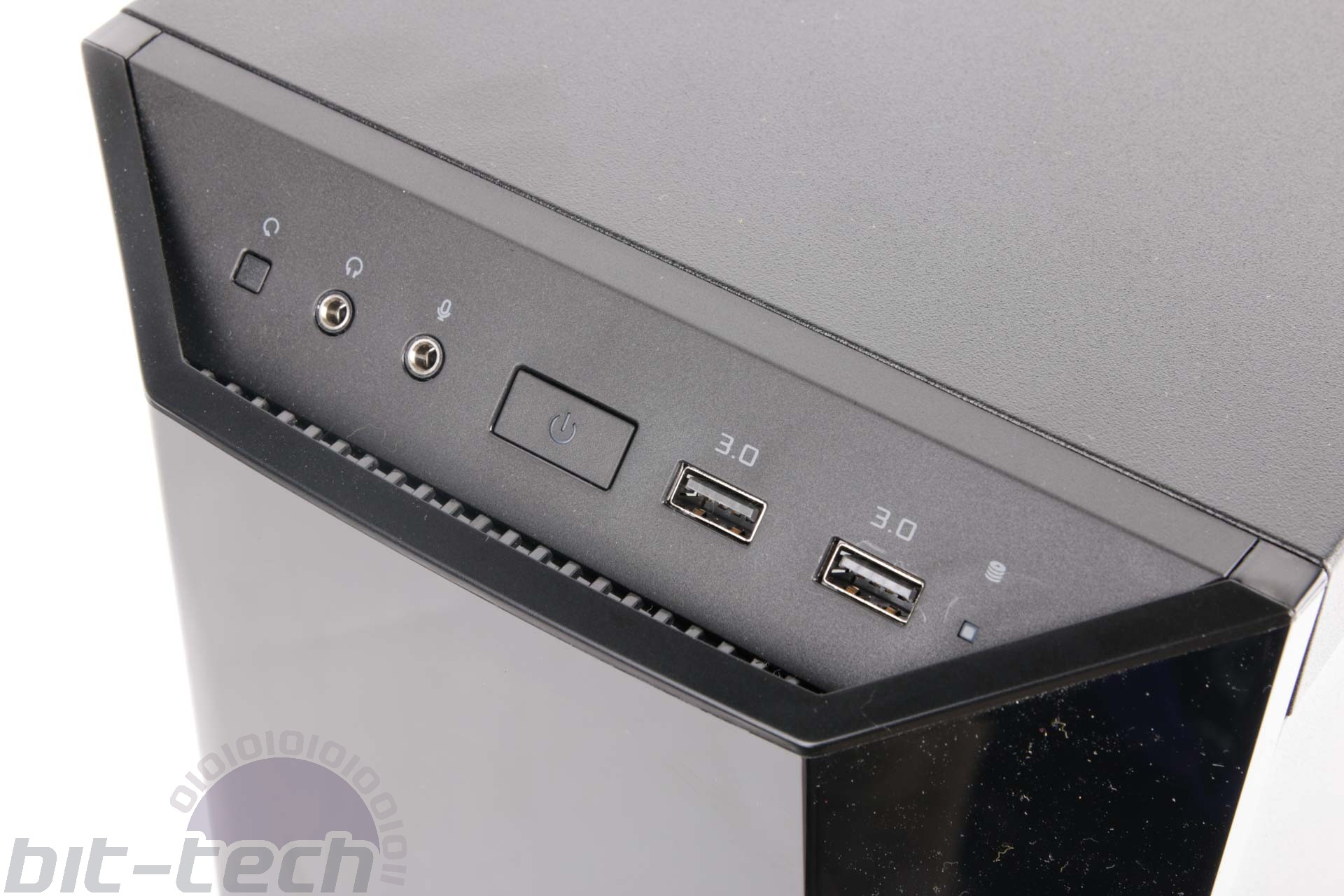 The case of choice is, strangely, listed as the 'Stormforce Crystal ATX Gaming Case' but is in fact Cooler Master's MasterBox Lite 5 RGB, which has a trio of RGB-enabled front fans that can be controlled using Asus' Aura Sync software. The front panel offers the basics in the form of a pair of USB 3.0 ports plus audio jacks and power/reset buttons, while the rear I/O panel and graphics card offer three DisplayPorts, an HDMI port and six Type-A USB ports comprising two USB 3.1 and four USB 3.0. You also get Wi-Fi courtesy of an Addon NWP300Ev4 expansion card, although this only offers 802.11n 300Mbps speeds rather than 802.11ac, so it could limit the faster broadband connections out there. The case's glossy acrylic front section proved to be a terrible dust magnet, though, and the instant after we'd wiped it down for our photos it was covered in dust again. 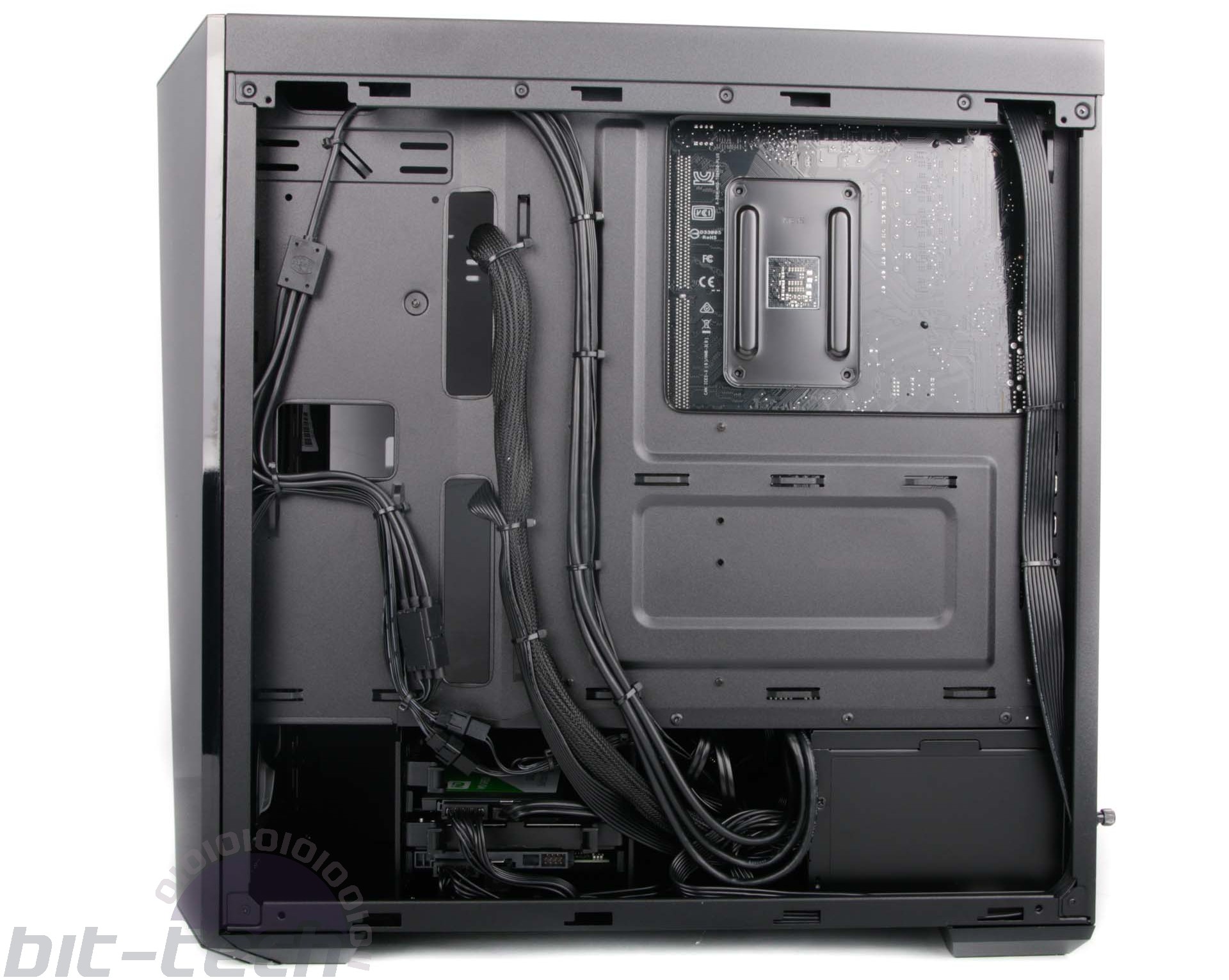 The company has done a good job with cable tidying, and we probably couldn't do a much better job ourselves here. The motherboard has relatively low-spec audio using the Realtek ALC887 codec rather than ALC1220 and is also limited to three audio ports on the I/O panel meaning that if you need to use a fourth output for an eight-channel speaker setup, you'll need to configure the audio to use one of the front panel ports. Non-audiophiles will be hard-pressed to notice any difference in games, though, and the board has plenty of free PCIe slots if you want to drop in a discrete sound card. 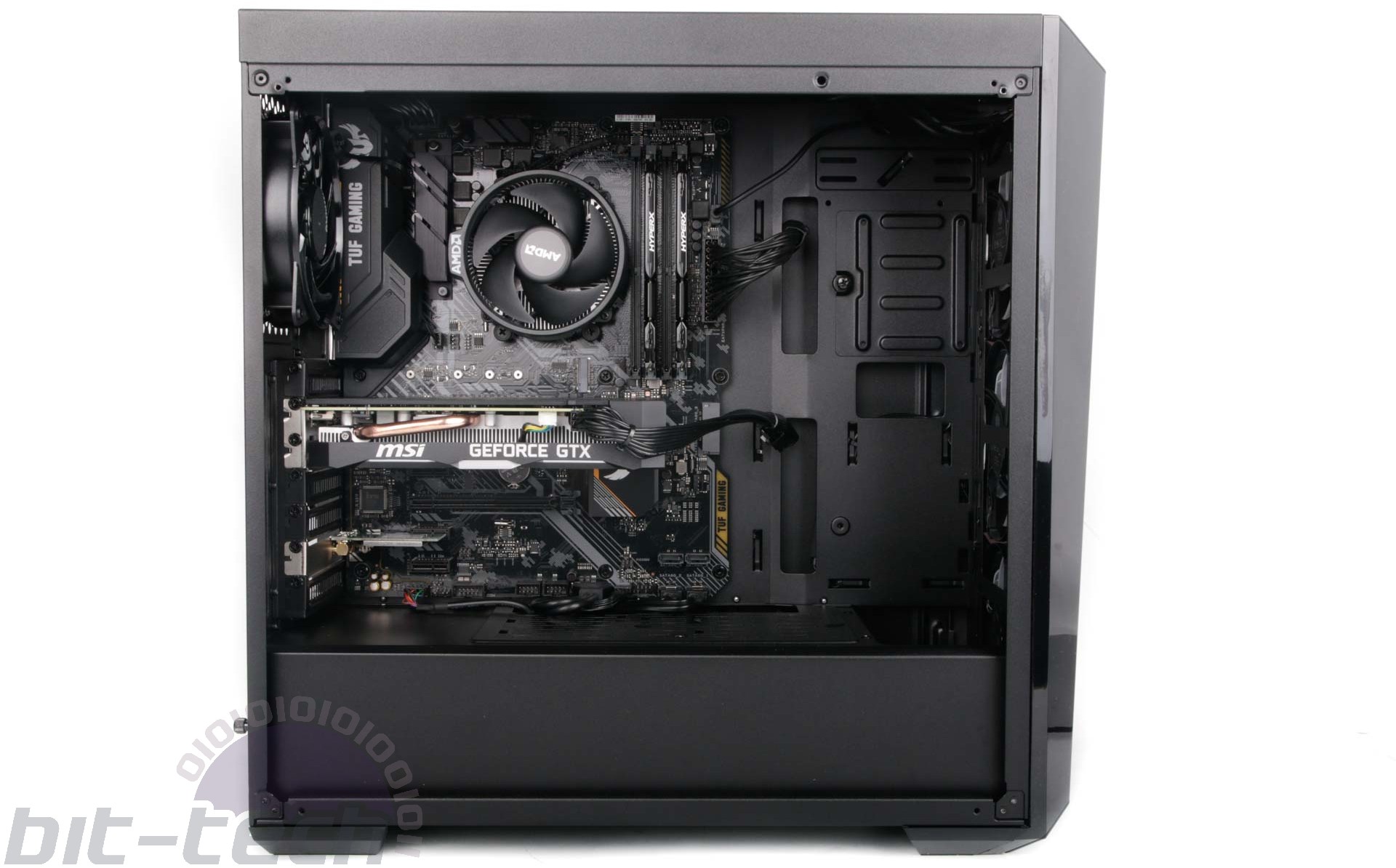 To house your data Stormforce has provided a 240GB WD Green SATA 6Gbps SSD, which is on the stingy side at this price. With modern games topping 50GB a piece on a regular basis these days, it's likely hardcore gamers will end up spilling over onto the 1TB hard disk also present fairly quickly. Powering the system is a captive 500W FSP PSU with the 80 Plus Bronze rating, and it offers enough headroom for realistic future upgrades.

Something we have no qualms with is the warranty. Parts and labour extend to three years as part of a collect and return arrangement. This is impressive from a peace of mind point of view, although looking at the specifications you do appear to be paying for the privilege, as we could build a similar rig for around £900 (including Windows 10) having glanced at a few online retailers. 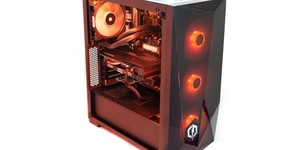