Click to enlarge
Inside the box, we have a keycap puller, a 1.5 m cable, the keyboard inside a protective sleeve, and a little booklet to help you with all of the functions. We like to see protective covers with keyboards; it just gives a little more of a premium finish to the packaging and does a better job of protecting the board than the usual plastic bags.

Click to enlarge
The keyboard itself has a very nice, simple design with no "gamer style" features, which is fine by us. There is no wasted space and the keycaps are nice and standard. The font on the keycaps is equally as simple, again something which is preferable for us, though obviously this is more of a personal preference than anything. The build quality of this keyboard is excellent, and the metal mid-plate makes it very sturdy and ensures that there is no flexing. Click to enlarge
The MaskerKeys Pro S White LED is made to be used without software, so all the controls are done with the FN key combined wtih other keys. This doesn't really hold you back, though, as you can still use media keys, record macros, set lighting effects, and change repeat rates. You can also set up to four different profiles, allowing for a good amount of customisation. Getting used to using hardware solutions for everything is a bit tricky, especially for things like macro recording where it would be far easier to see the macro to edit it.

Click to enlarge
Cooler Master has used Cherry MX switches with its MasterKeys Pro range, and we are not going to argue with that; they are considered to be amongst the best mechanical switches available and for good reason. They are responsive, have a good lifespan, and have a large range ensuring that there is a switch for everyone. Click to enlarge
One thing that annoys me personally is that the cable has a right-angled connector. This is perfectly fine if your USB connector is going to your left, but if your computer is on your right-hand side it starts to look unsightly. This isn't just about aesthetics either; the cable has to be bent back on itself, putting strain on both the connector and the cable.

Click to enlarge
Luckily, Cooler Master has used a mini-USB connector on the MasterKeys Pro S White LED, so you can easily swap the cable. Having the connector on the far right of the keyboard with a left-facing 90-degree cable seems somewhat strange, though, and it means that if your computer is on your left, you lose a lot of cable length. Click to enlarge
If we flip the keyboard over, we can see that there are four rubber feet to ensure that the keyboard doesn't slip or slide. This also means that you won't scratch your desk. There are also two flip-out feet that ensure that you can angle the keyboard to give a better typing experience for those who prefer it.

Click to enlarge
This is what this keyboard is all about, though: the pure white LEDs. Okay, so our photo does give them a bit of a blue tint, but we guarantee that this is down to our photo rather than the LEDs. The MasterKeys Pro S White LEDs are super bright and very white - so bright, in fact, that we found ourselves turning them down a little with the dimming options. White LEDs are very simplistic and really do suit the style of keyboard, and after seeing so much RGB lately it is refreshing to see

There's a whole host of different lighting effects including wave and ripple; these just dance around your keyboard without you having to do anything. There are also active effects such as cross mode which are responsive to key presses. There are far more lighting modes, including the classic game of Snake! Brightness, speed, and direction can all be changed, and if backlights are not your thing, the LEDs can be turned off entirely.

Although we may have outlined some negatives in the above review, these are all personal opinions and don't really reflect on the product as a whole. The MasterKeys Pro series has consistently been fantastic. There isn't a software suite, and there are a few niggles about the cable, but other than that it is perfect. The build quality is fantastic: It doesn't bend or flex at all, and it feels sturdy enough to last for years. The white LED option comes from users wanting a pure white rather than the colour you get when setting an RGB keyboard to white, so there is most certainly a market for the product. If you are looking for a simplistic keyboard that is feature-rich without the need for software, it is pretty hard to think of any other keyboard that comes close to Cooler Master MasterKeys Pro series, and if you want a white LED, then this could well be the board for you, especially with a fair price tag of £80. 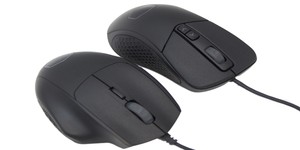 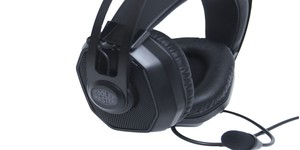 Cooler Master is targeting the budget buyer with this £35 budget headset, but is it any good?